A new rumor details that Doctor Strange in the Multiverse of Madness will introduce Marvel’s Illuminati.

The rumor was first reported by YouTuber Warren from The Cosmic Wonder and comes from Mikey Sutton.

The Cosmic Wonder details, “There are dimensions beyond which are known to man and there is one MCU superhero who specializes in journeying into these twilight zones.”

He continues, “In Doctor Strange in the Multiverse of Madness, Marvel Studios dives headlong into the psychedelic reality warps of Steve Ditko, aiming for the other worldly terrors of H.P. Lovecraft.” 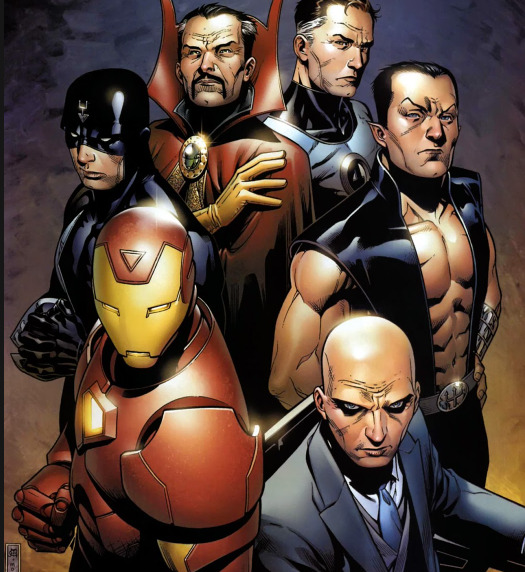 The Cosmic Wonder then details that Doctor Strange will need a group to protect Earth from these mystical threats, “Involving extraterrestrial landscapes that the Avengers are not accustomed to, Doctor Strange will need a group of new guardians that will protect Earth from the portal that the Scarlet Witch ripped wide open for the other worldy terrors to invade our planet.” 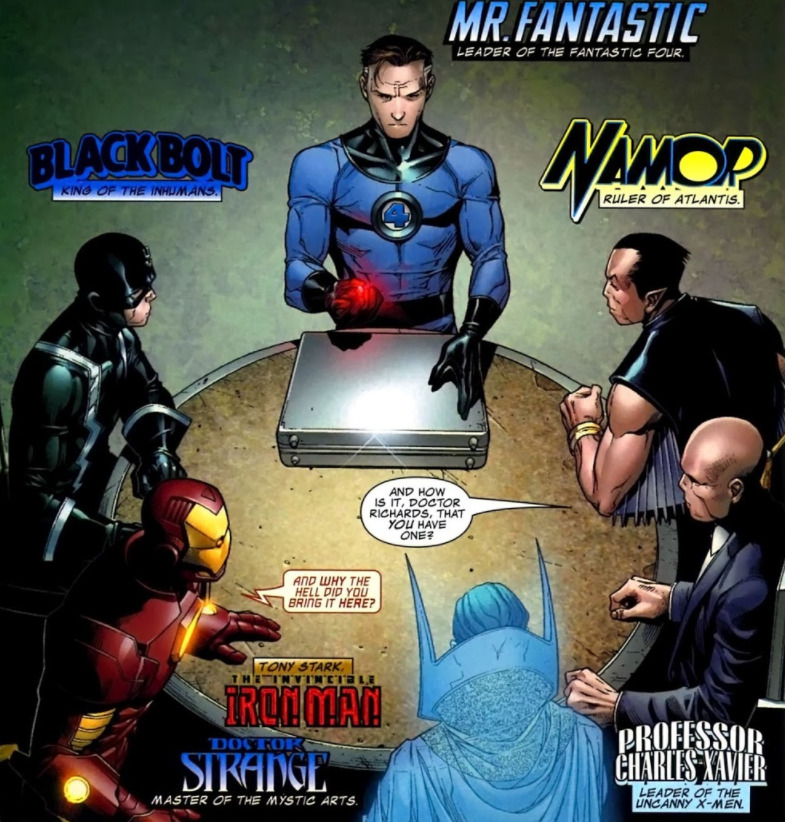 The group will allegedly include Reed Richards aka Mr. Fantastic and Professor X of the X-Men. Cosmic Wonder reports that this will be the MCU debut of Professor X.

However, he does caution, “Mikey says to please keep in mind that this intel is from private conversations that transpired before pre-production so any changes that have happened since are unknown.”

Along with the rumor from The Comic Wonder, YouTuber TVO from the Lords of the Long Box revealed an additional scoop from Mikey Sutton.

TVO explains that Scarlet Witch will open portals into these other universes either in WandaVision or Multiverse of Madness.

He then reveals the other members that Marvel is developing for the Illuminati, “According to Mikey Sutton’s sources, Black Bolt, Namor, and Black Panther will apparently be joining this group of eggheads and the magic has only begun.”

TVO then drops a bomb indicating that Black Widow will be revived by Scarlet Witch, “There has been talk of Scarlet Witch reviving Black Widow after wrestling her soul away as she puts the hurt on Red Skull.”

He then details that following the Multiverse of Madness, Doctor Strange will journey to Hell with Doctor Doom to rescue his mother’s soul from Mephisto in a story based off of Doctor Strange and Doctor Doom: Triumph and Torment by Roger Stern, Gerry Conway, Bill Mantlo, Mike Mignola, Kevin Nowlan, and Gene Colan. 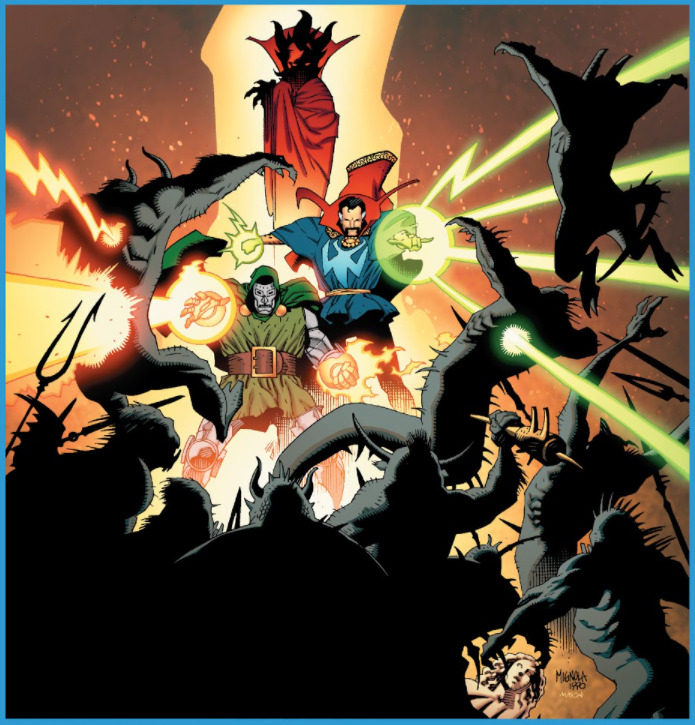 This rumor comes after Kevin Feige recently did a Q&A session at the New York Film Academy where he touched on Doctor Strange in the Multiverse of Madness.

When asked about what the process is on introducing new characters to the MCU, Feige stated, “In the next Doctor Strange film, for instance, features some new MCU characters that will be making their debut in that movie that you won’t expect or won’t guess who it is.”

He added, “But we found a cool way to make it work ’cause we wanted to make a particular type of movie there and there was a character we always wanted to do something with, who we think will fit really well there.”

In the comics, they came together following the Kree-Skrull war during a meeting with Black Panther in Wakanda.

Iron Man proposed that the superhero factions pool their resources into one larger group. The idea would be met with resistance from Namor, Reed Richards, Professor X, Black Panther, and Doctor Strange. 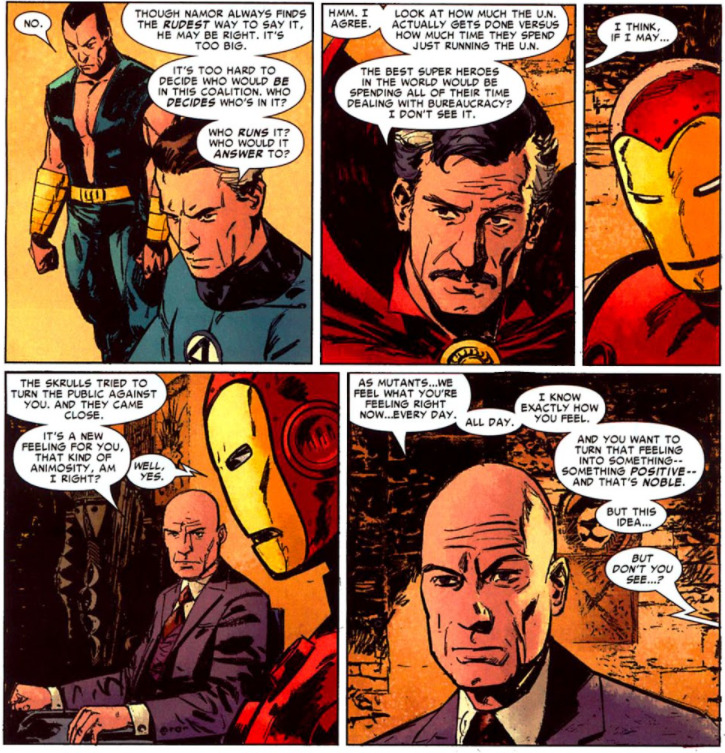 While Iron Man’s original idea of a larger organization would be rejected, Reed Richards would counter with an idea to have small meetings among those present to share information. 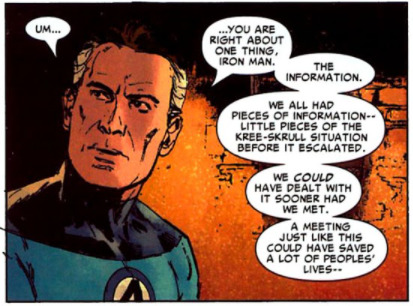 Everyone would agree to the idea, but Black Panther. Black Panther soundly rejected the idea noting that they self-appointed themselves protectors of Earth. 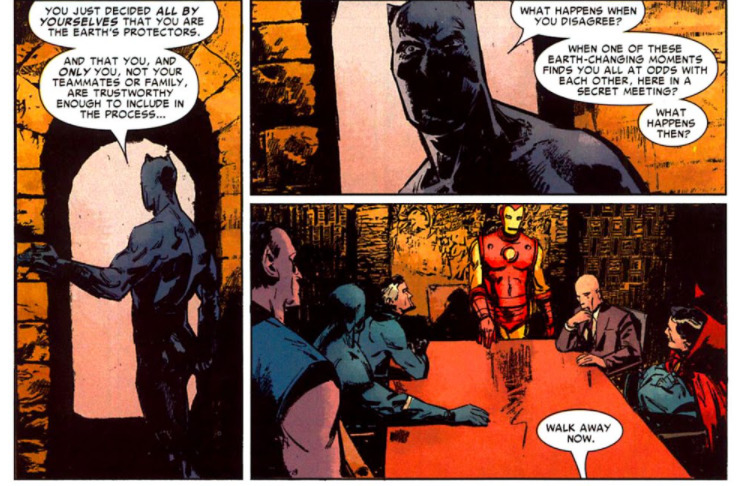 The group would be involved behind the scenes in a number of decisions affecting the Marvel Universe from the Superhuman Registration Act and jettisoning Bruce Banner into space.

What do you make of these rumors? Are you interested in seeing the Illuminati in the Marvel Cinematic Universe?