Disney is actively removing the original Star Wars: The Clone Wars Bad Batch episodes from YouTube following the release of the third episode of Season 7 “On the Wings Keeradaks” to Disney Plus.

The removal also comes after Bounding Into Comics reported that “On the Wings of Keeradaks” removed a death scene involving the Techno Union’s Decimator droid.

In that article we included a video from YouTuber chevw that included the story reel for the original “On The Wings Of Keeradaks” episode.

Now, when you attempt to watch the video, you receive a “Video Unavailable” message. It reads, “This video contains content from DisneyEnterprisesInc, who has blocked it on copyright grounds.” 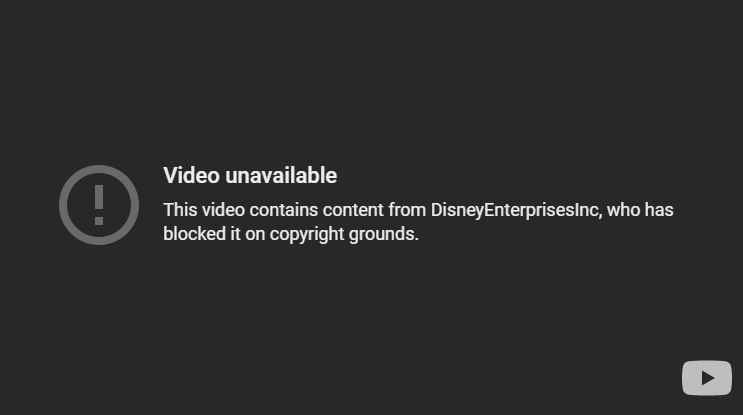 “On The Wings of Keeradaks” is not the only story reel they blocked. Almost all of Chevw’s uploads featuring Star Wars: The Clone Wars’ story reels have now been removed with each video featuring the same “Video Unavailable” message.

However, Disney has not been able to pull all of the story reels for “On The Wings Of Keeradaks” down yet.

You can still see the original story reel below.

What do you make of Disney’s move to not only censor the original “On The Wings of Keeradak” episode, but are now actively attempting to take down the original version so people can’t see it?