A recent leak of chat transcripts from the official Discord server for MangaGamer shows staff members from the video game publisher mocking and belittling fans for harmless interactions, such as taking issue with localization changes and voicing their confusion over unclear server rules.

In one exchange, a staff member dismisses a complaint about a translation in a Rance game, with others concluding that “rance fans are the worst.” 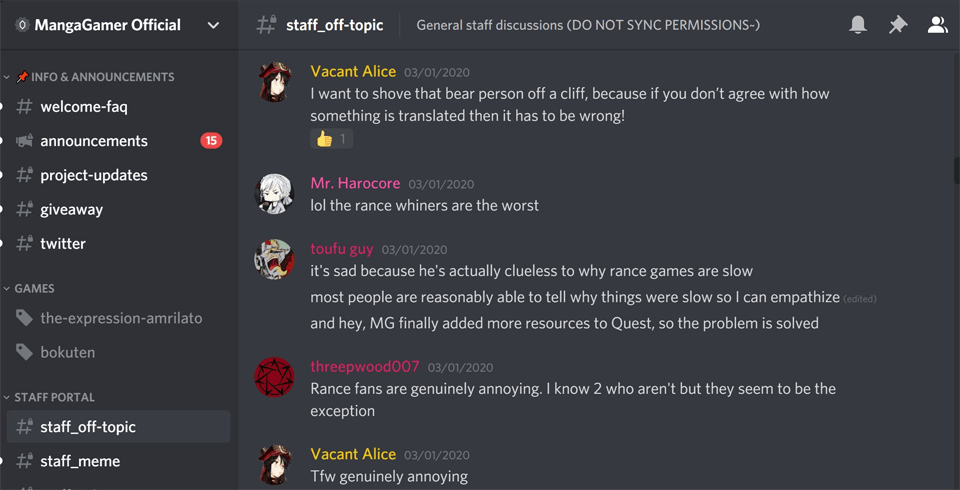 In another, a member of the localization team expresses their annoyance with fans suggesting titles for translation via a dedicated channel and again dismissing a complaint about an alleged translation issue. 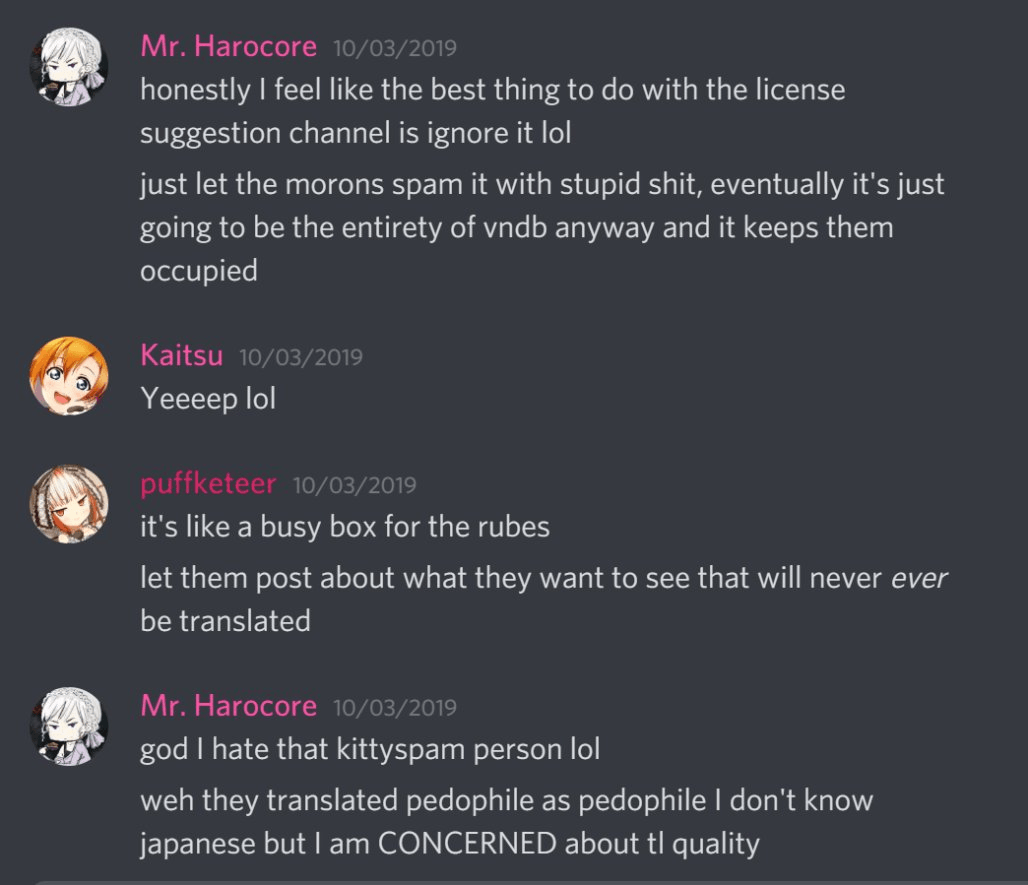 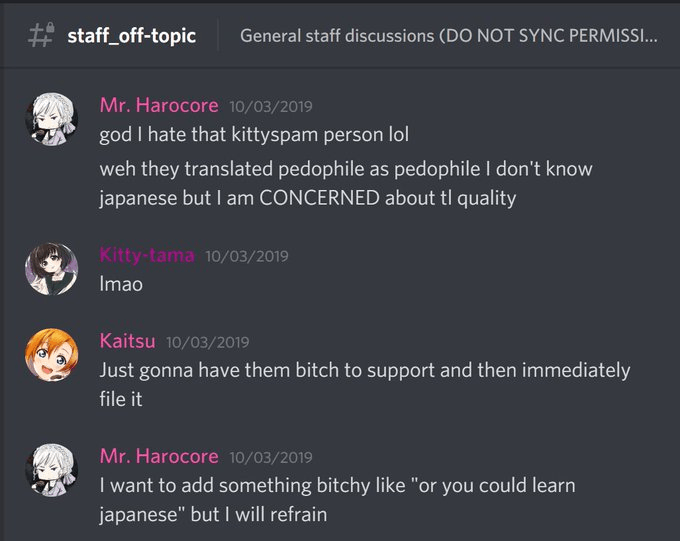 When a fan reached out to MangaGamer inquiring about the potential sale of a title they were interested in, they were mocked and dismissed because “the whole “why buy full price when I can wait for a sale mindset is so f****** annoying.” 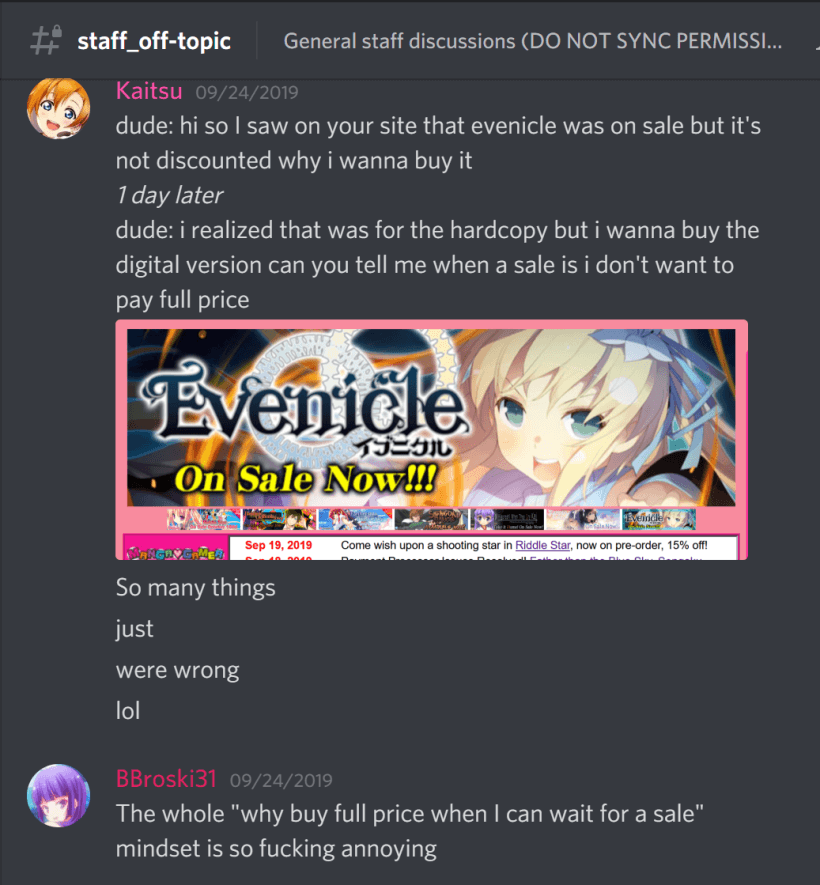 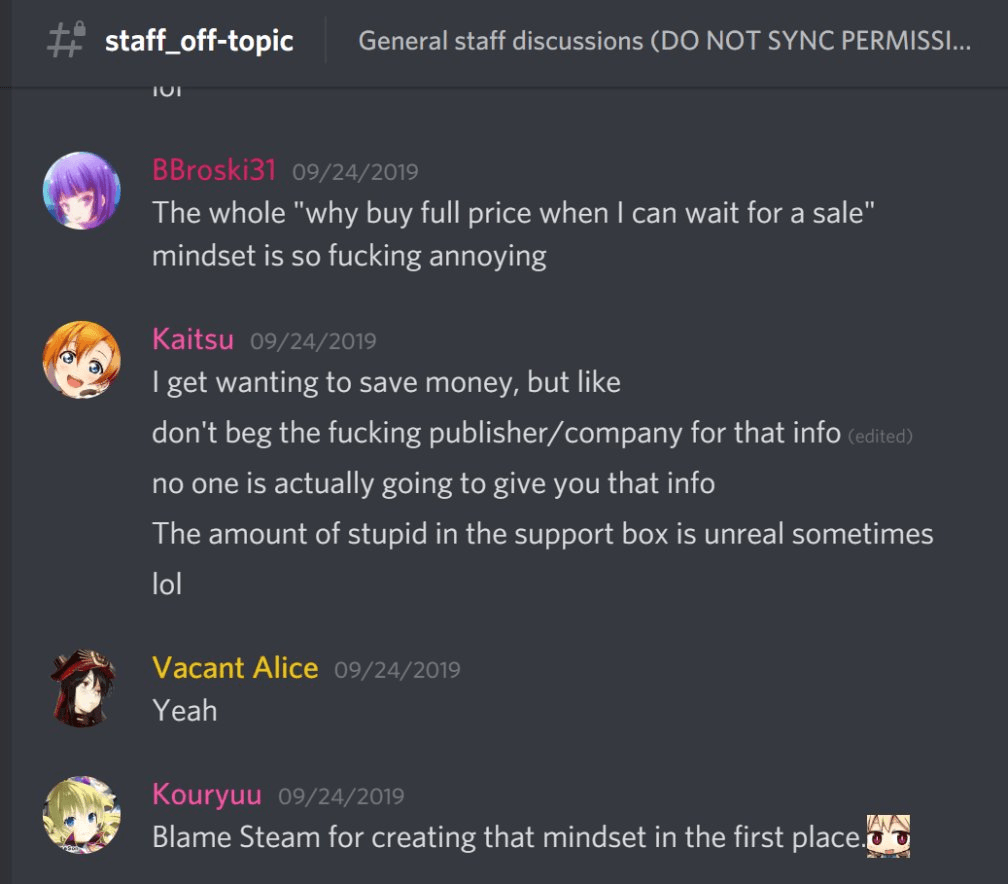 After a user was chastised for inquiring about the “sexual content” in the Edelweiss visual novel, other users began discussing the potential of opening a NSFW channel and voicing their confusion over the specific server rules regarding NSFW content, only to be met with condescension from a staff member. 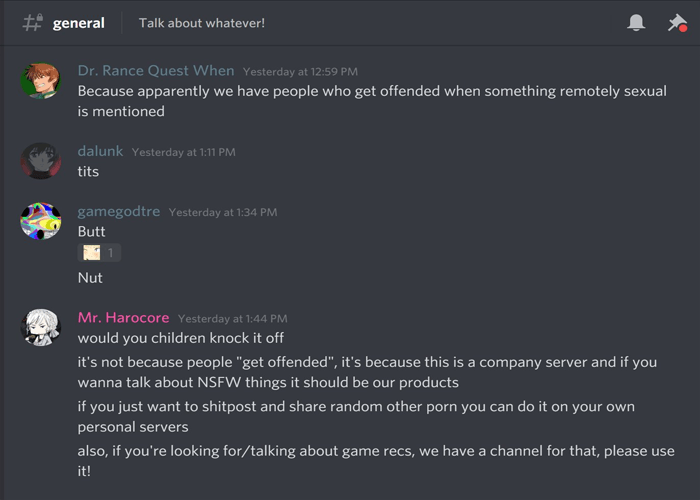 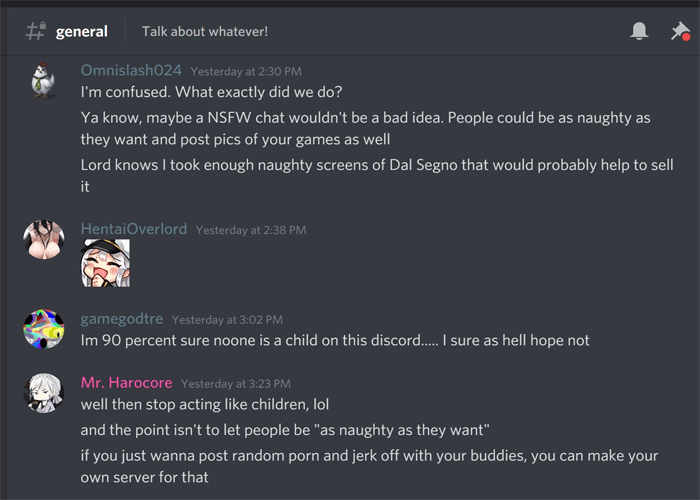 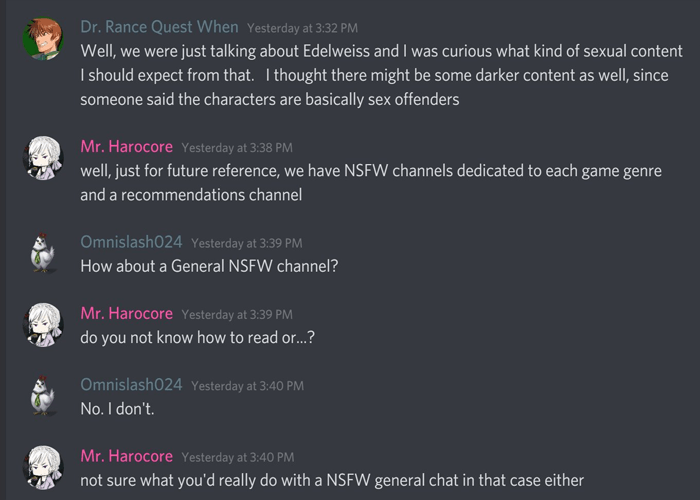 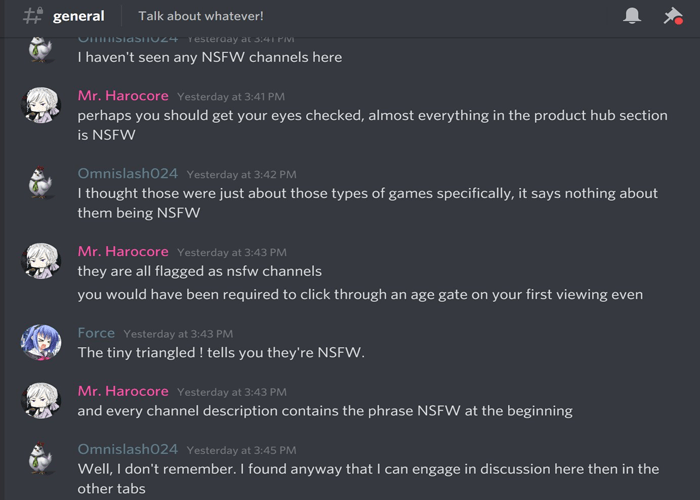 As of writing, MangaGamer has not publicly commented on the leaked messages.