Marvel Comics and Marvel Entertainment were absolutely roasted following the release of their New Warriors trailer.

People weren’t just downvoting the video. They proceeded to roast the entire concept and mocked Marvel for the new series.

Impending Narcissism wrote, “”These comics were too cool for me” Suddenly this makes a lot more sense.”

Karameru wrote, “Can’t wait for the n word hero, a black person that doesn’t see the N word as deragotory and wears it as a badge of honor.”

Simon Evans added, “Please stop I’m pissing myself laughing, this has to be a joke because if it’s not its the worst idea ever and this bloke needs to be sacked.”

Jason Adams wrote, “Everyone should report this to YouTube as “Promotes Terrorism” 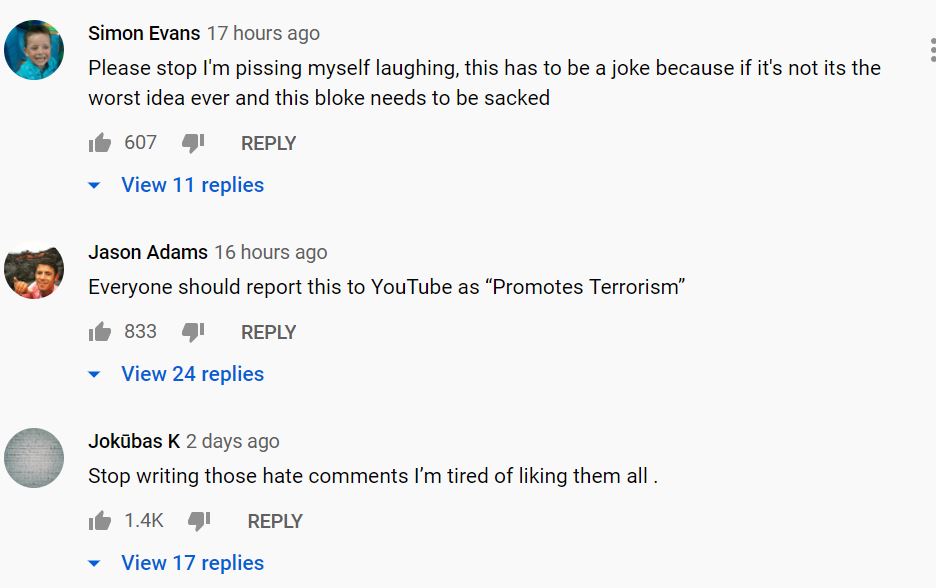 Shanequa Stunning&Brave added, “Armed with degrees in gender studies and Gillette razors they will bring down the evil Dr Man Spreader by screaming at the sky!”

Madcap Magician wrote, “‘He’s a stereotypical jock’……that dresses in pink and has pink hair. Yep I knew loads of jocks just like that in my school days.”

Dick Sledge adds, “I bet they use Gillette razors and drive a Nissan too.” 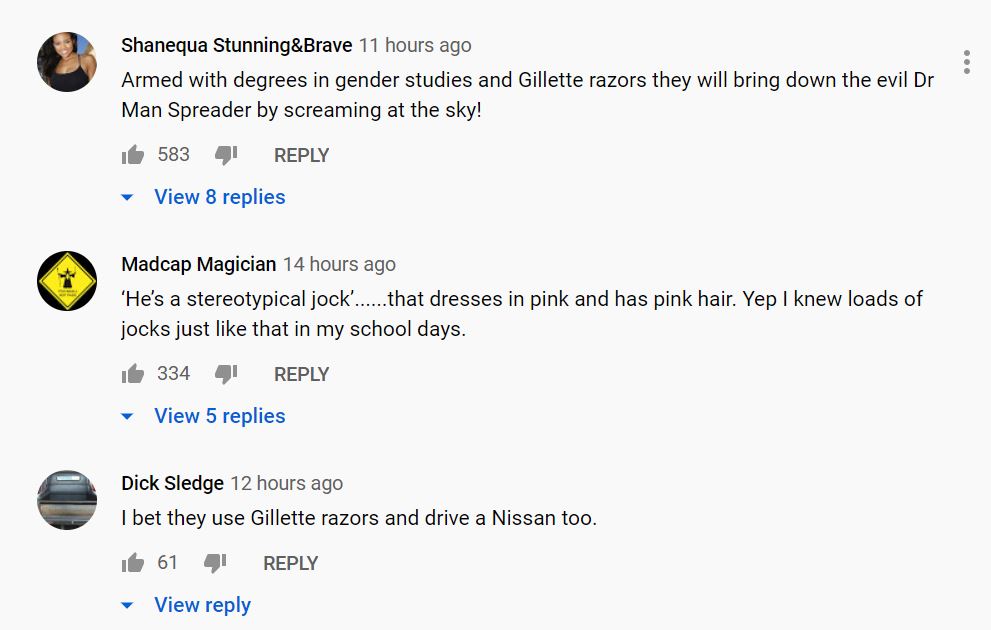 MrSocialdeviance writes, “Reminder that we want deep characters, not politics. Marvel is run by soy-boys now.”

Ove H. adds, “The only good thing about this, is the like/dislike ratio.”

Chuckzon adds, “This has to be a joke. Marvel execs can’t be this dumb.” 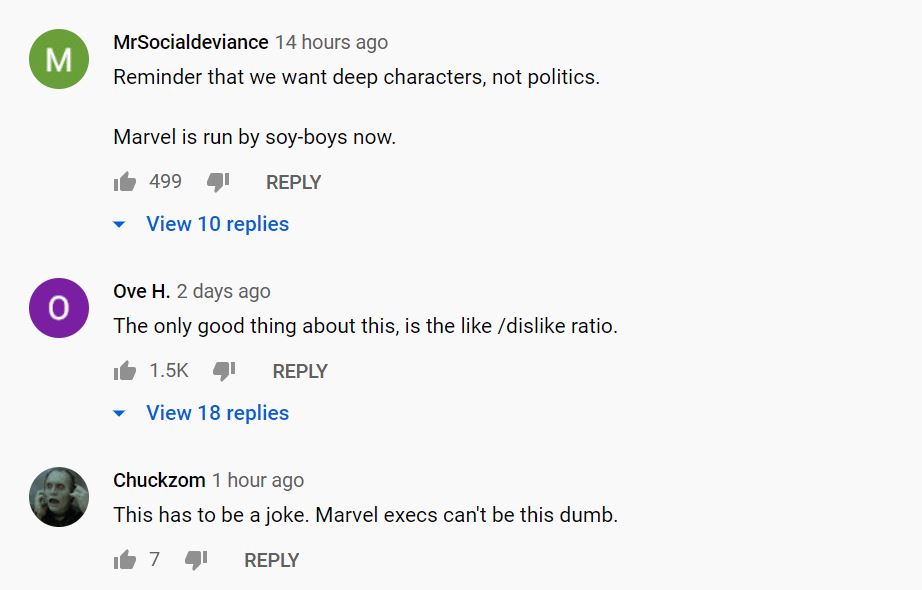 The roasting did not stop, Feelthedelayy added, “Trailblazer: Literally Dora but she stopped exploring.”

Jacois added, “This video is sponsored by Gillette.”

Ozemog wrote, “Some of the worst garbage I’ve ever seen and I drive a garbage truck.” 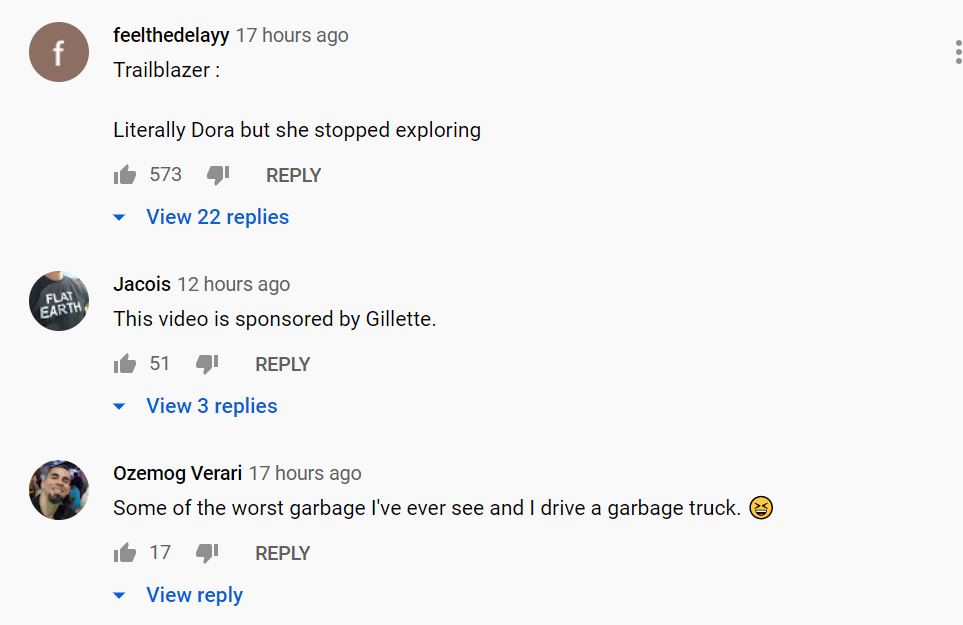 Related: X-Men: Children of the Atom – What the Heck Is It?

It wasn’t just the commenters on YouTube roasting Marvel. A number of YouTube channels got in the act as well. Gary Buechler of Nerdrotic declared the New Warriors announcement as “the worst timed announcement of all time.” He added, “Marvel Comics is one of the most aloof and detached organization this side of the BBC.”

Jeremy Griggs of Geeks and Gamers also roasted the New Warriors. He stated, “Congratulations Marvel Comics, you have done something that a select few, only a select few were able to accomplish, and you should be congratulated for that.”

He added, “Because of your unbelievable stupidity that we are going to laugh at and make fun of, you are looking at over 109,000 downvotes.”

Our very own Donald Edmonds mocked Daniel Kibblesmith’s explanation regarding Safespace and Snowflake taking on those names as a badge of honor. He states, “The term Safespace is less of an internet derogatory term and more of a mockery of woke culture.”

What do you make of Marvel Comics getting absolutely roasted following the release of their New Warriors trailer?