On any given Starfleet installation or ship, the character that typically gets the most attention is the man or woman in the big chair – the captain. The heartbeat of any crew, they’re tasked with making the hard choices. That is until they are kidnapped, turned into a Borg, suffer from depression, or de-age into a child.

It’s at that point, the ship’s commander comes into play. The XO serves as both a buffer between the captain and the crew as well as an interpreter of orders. Today we’re going to celebrate the ten best commanders from Star Trek. Though lower ranks have taken up the duty before – we’ll just be concentrating on those ranked Lt. Commander and above.

The eldest son of Mogh, Worf began his career as a lieutenant aboard Starfleet’s flagship, the Enterprise, under Captain Jean Luc Picard. As a member of the crew, his main functions included security and ship’s weapons.

Throughout Star Trek: The Next Generation series and movies he’d be promoted to the rank of Lt. Commander – though remained mostly in the gold. It wasn’t until he was reassigned to Deep Space Nine did Captain Sisko play a part in seeing him move over to the red of command.

Worf ranks last on my list, not due to a lack of popularity or character development – but because he screws up a lot after moving to command. On several occasions he’s expertly commanded the Defiant, however, he’s proven to be less than reliable to a fault.

Though he should have been busy coordinating an entire sector, he’s interfered in station security. Once, he let his emotions get in the way of rescuing a Star Fleet Intelligence asset and famously allowed himself to be compromised by accidentally destroying a (empty) passenger ship in battle.

Commander Charles “Trip” Tucker was the XO of the first starship to be named Enterprise. He was also the vessel’s Chief Engineer. As characters go, his Southerner accent and ways stood out the most, especially because by the time of the original series – most characters sounded the same.

Personality-wise Tucker came off like a ‘good old boy’ type that would be more comfortable fishing than assembling a warp drive. His biggest failing was his fiery pre-Federation temper and how much of a pushover he could be, especially concerning T’Pol. He was a better engineering chief than command officer – mostly due to rarely being on the bridge.

With more than 300 years of experience at her back, thanks to her symbiote – Jadzia Dax was a brilliant science officer. When she continued her career on Deep Space Nine under then ranked Commander Sisko – other than him, Jadzia was the highest-ranked offices on the station as a lieutenant.

Though she had to share XO duties with Major Kira, Jadzia often utilized her wealth of knowledge to drive her command opportunities. Due to spending her previous life as Sisko’s close friend Curzon, she also functioned as his confidant and sounding board.

During the Dominion War, Jadzia often commanded the Defiant – most notably while Sisko was on leave or reassigned, and Kira was barred from service as part of the non-aggression agreement Bajor maintained with the Dominion. Jadzia’s best aspect can also be considered a failing – it’s her many passions.

Similar to the situation of Kira Nerys and the Bajoran Militia – T’Pol wasn’t originally part of Starfleet. She joined the crew of the Enterprise as something of a Vulcan overseer or consultant. As time progressed T’Pol became the unofficial 2nd in command.

After a while, even with the presence of the ship’s true XO, Trip, – T’Pol accepted a Starfleet commission with the rank of commander. Being able to keep her emotions in check, especially in hairy situations, aided T’Pol in counseling Captain Archer when he’d flirt with going off the deep end.

When Captain Archer found himself infected with trans-dimensional parasites – T’Pol took command of the ship with no apparent pushback from the crew. Even Trip fell in line behind her leadership. When all was lost – she resigned her commission to continue to care for her ailing captain.

Chakotay began his career as the Commander of the starship Voyager after him and his crew of Maquis were forced to combine with Janeway’s. Prior to becoming the ship’s XO, he was a Lt. Commander in Starfleet – but had previously resigned his commission to join the Maquis.

His career aboard Voyager was exemplary with only a handful of incidents to consider. An officer’s officer – he wasn’t afraid to cross lines to make sure the crew performed as expected. In other words – he’s decked a crewman or two. He held the same attitude with Janeway – but never in front of the crew.

Although Tuvok was the third in command aboard Voyager, had the crew not merged with the Maquis – he would have more than likely been given the role of XO. Due to Commander Chakotay’s pension for going off-ship, Tuvok would take on the role of commander – even captain – quite often. Which made sense seeing as this was his second run in Starfleet following a leave of absence.

As we’d see with T’Pol, Tuvok’s emotional control would allow him to be an excellent XO – on and off the ship. He’d also double as the ship’s security chief and weapon’s officer. While seeing Chakotay lose his cool was normal – Tuvok was dependable and resourceful even with the bridge blowing up around him. 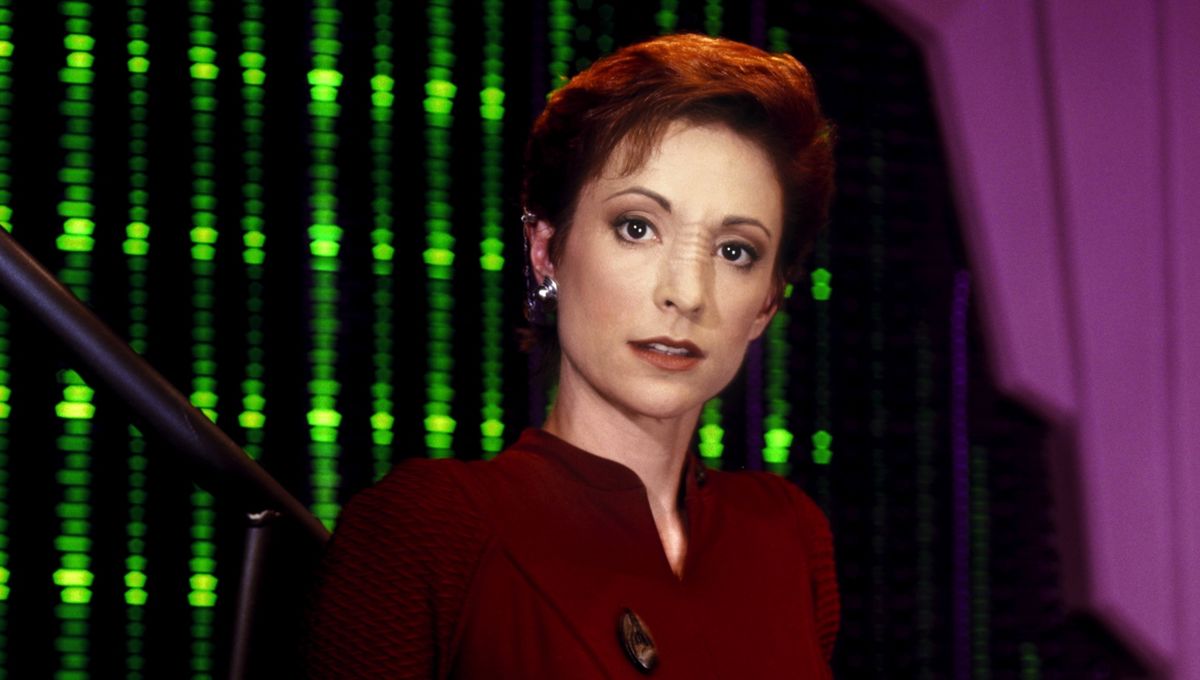 I find it funny that someone who originally didn’t want anything to do with Starfleet or the Federation would become one of its best assets. After the Cardassians were driven off Bajor by resistance fighters – following 50 years of occupation – Kira graduated from terrorist to the rank of Major in Bajor’s militia.

Upon arriving on Deep Space Nine and eventually meeting her new CO, Commander Sisko, she informed him that she’d be asking for a transfer. Obviously, that didn’t happen. She became a competent XO commanding both the station and the Defiant – exclusively so, with the exits of both Worf and Captain Sisko.

During the Dominion War, she was promoted to Colonel and even accepted a temporary Starfleet commission with the rank of Commander. Kira has a keen strategic mind and is supremely resourceful in combat situations. She’s also not afraid to rock the boat and challenge her CO when the time comes.

There’s something to be said about the determination behind a single-track mind. While Commander Data may appear to be held back by his artificial means of thinking – he’s actually one of the most effective commanders in Star Fleet. That’s in no small part thanks to possessing the logs and reports of thousands of officers to fall back on.

Data has more than proven himself a capable commander using his insurmountable knowledge base and ability to analyze a situation to protect his crew while achieving his missions. Even when presented with social obstacles such as insubordination from underlings or a severe lack of information – Data was able to succeed.

Although Spock rose to the rank of captain, we know him best as Captain Kirk’s second in command. Spock isn’t probably seen as a skilled tactician like, let’s say, Tuvok or Data – but he was instrumental in saving Kirk from himself, and thus keeping the Enterprise from imploding many times.

In the first series, Spock was our constant reminder that the universe was bigger than just Earth. He routinely used his vast amounts of experience to educate Kirk and their crew of things beyond their understanding. He was an invaluable resource on a mission that had not been attempted before.

The number one spot belongs to none other than the man actually called “number one.” Captain Jean Luc Picard was a great man but it took another great man to ensure that his ship ran smoothly. On numerous occasions, Commander Riker proved why he was chosen for the fleet’s flagship.

Only a couple years into his role he’d be offered his own command – but he turned it down every time to remain aboard the Enterprise. I don’t bring it up to shine a light on his self-doubt, but a testament to the amount of faith Starfleet had in him.

Picard would go missing or take leave many times over the series. In each instance, Commander Riker would fill the void without missing a beat – in several ways better, depending on the situation. Riker is a renowned tactician in the fleet but is also well known for his diplomacy. Obviously the best XO the franchise has ever seen.

What did you think about the list? Disagree? Let us know below!