Digital Extremes, the developer and publisher behind the third-person action shooter Warframe, has rescinded the Warframe Partner Program eligibility of longtime community member DogManDan, citing the now-former partner’s views on the current protests and riots occurring across the United States in the wake of George Floyd’s death.

Best known as the founder of the cross-title gaming community Night Owls Gaming, DogManDan is a long-time Warframe player and YouTube content creator.

In their email to Dan, that he shared to his Twitter it indicates he was removed due to his recent social media posts.

The Warframe Team explained, “After reviewing your recent tweets, we unfortunately do not feel that you have adhered to our program policies and at this moment we believe it is time for us to part ways. We are taking the appropriate steps to remove you from the Warframe Partner Program, including the removal of your Glyph from in-game.”

They then had the gall to say they were “saddened.” They wrote, “We understand that you have a long history with Warframe and the Partner Program, and we are saddened that your time within our Partner community has concluded in this way.”

Well guess I am not allowed to speak as freely as certain other partners who apparently did not like my opinions on the current issues at hand. @TheNOGArmy It has always been ashame the double standards of @PlayWarframe @sj_sinclair @rebbford and the team pic.twitter.com/2G4p9rM3Gz

My glyph has been removed from the game files as it I never existed, however if you had it plastered anywhere in your ship or were using it on your profile prior to my partner removal it is still in the game. If you change it you will loose it forever @NOGArmy pic.twitter.com/udkWcsa4nk 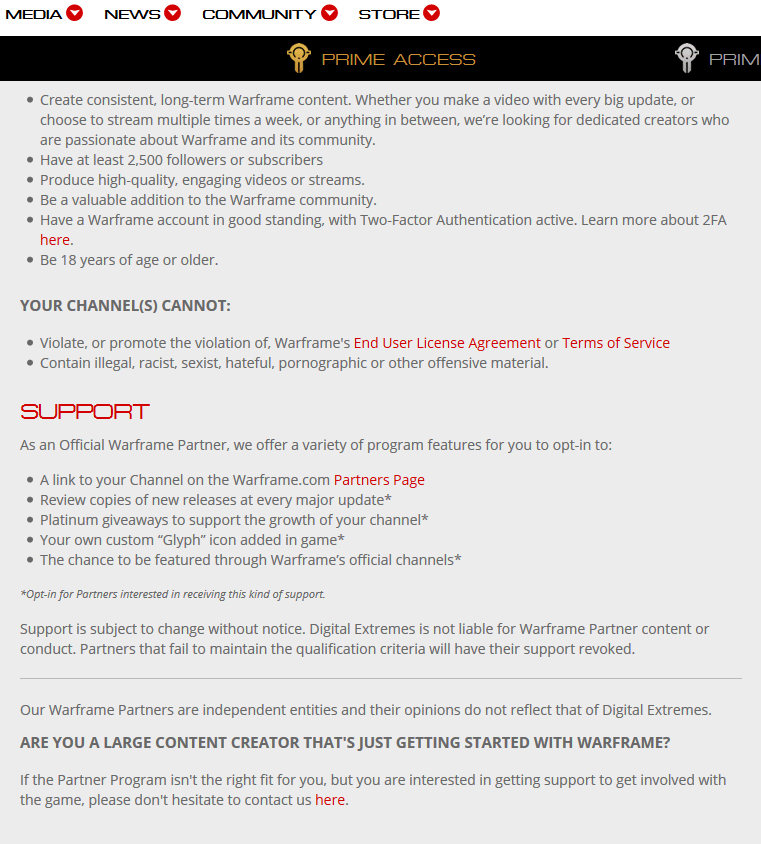 Prior to this communication from the Warframe team, Dan, like many across the globe, was sharing his thoughts and opinions on the ongoing social unrest in America on his personal Twitter account.

While supportive of the efforts to speak out against ongoing and wanton police brutality, Dan also retweeted videos critical of the ‘capital B’ Black Lives Matter movement, research questioning the group’s massive amount of support on social media presence, and criticized the ongoing acts of “rioting, looting, and burning buildings down.” 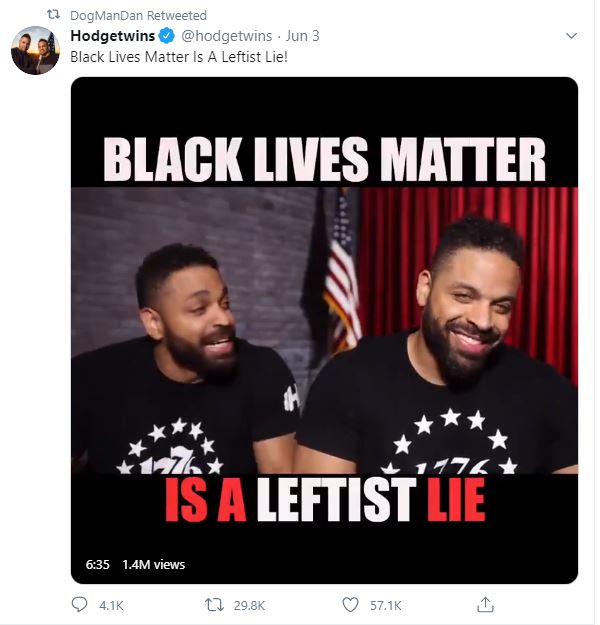 We have made a $25,000 donation to @Blklivesmatter in support of our previous statement.

We are also in the process of updating our player systems to better protect against hate speech and racism, including zero-tolerance chat policies. https://t.co/Uv7WDBssdw

Dan responded to the announcement by questioning the roll out of these new policies, noting that action was taken against his account prior before he was allowed to accept or reject the updated terms:

I am pretty sure that a change in policy terms @PlayWarframe
would have required me read and agree to the new terms as you had done with partners in the past, but somehow you managed to forget the change/signature of acceptance…..on a policy change interesting

While no response to the public attention brought to Dan’s case has been issued by Digital Extremes, Dan has indicated that these events have led him to “walk away from this dead game,” but not before showcasing his previous feature on the Warframe homepage as a reminder to players of “a time when all partners were treated equally.”

Turns out @PlayWarframe targeted and discriminated against me alone. Interesting all the other partners who were involved in the same conversation/comments that are still partners and not removed even after sudden policy changes were made. ONLY SELECT VOICES MATTER @NOGArmy

Yeah this happened 5 years ago. No denying I existed and there once was a time when all partners were treated equally. Just putting it out there before I walk away from this dead game. pic.twitter.com/7AoQY3kuzR

Black Lives Matter is a controversial organization that has made defunding of police one of their top priorities across cities and municipalities across the United States.

We stand together with @Mvmnt4BlkLives. Overfunding the police leads to mass incarceration and a lack of resources for the things that matter: housing, education and healthcare. When we redirect funding, lives improve. #DefundPolice #BlackLivesMatter pic.twitter.com/uaYAzriSfQ

Many white ppl tried to overshout BLM organizers last night as we created space for Black Joy, and while we held DC police accountable by uplifting the names of the Black people they have killed here. Lets be clear, our demand is to defund the police in DC by any means necessary. pic.twitter.com/G9bzVdfhKM