Though released at the end of last year, The World of RWBY: The Official Companion book has recently come to fan attention after fans came to realize that the “definitive companion to the hit animated series” had omitted any mention of voice actor Vic Mignogna, who provided the voice of the scythe-wielding Qrow Branwen before being let go from Rooster Teeth in the wake of his 2019 sexual misconduct accusations.

On June 2nd, Twitter user @bmblbeaky brought up, on a whim, “how the compamion[sp] book was released before [Jason Liebrecht] was a part of the show but they didn’t want to credit vic as qrows va so they just erased him from existance [sp]…amazing.”

He then provided a comparison between the book’s entries for Qrow and his brother, Raven Brawen:

remember how the compamion book was released before jason was a part of the show but they didn’t want to credit vic as qrows va so they just erased him from existance…amazing pic.twitter.com/jRJf2TfmSY

This omission of Mignogna’s name was also confirmed almost immediately after the book’s initial release on October 8th, 2019, as scans provided in October by Tumblr users MaximumDamage and QrowBaby confirm that Qrow’s performance is credited to no one, while characters such as General Ironwood and Tyrian Callows list their respective voice actors.

You can see in the screen shots of the book below that Mignogna’s name is not mentioned as the voice actor under Qrow Branwen. 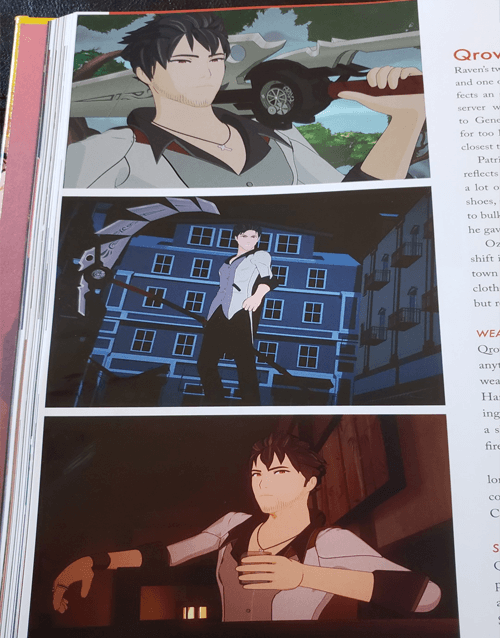 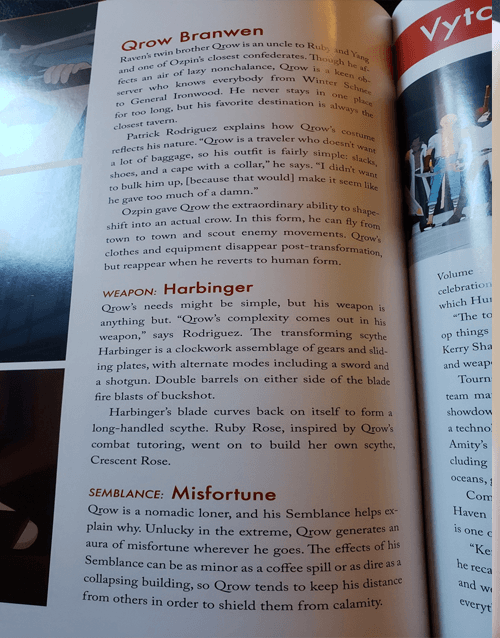 In contrast Jason Rose’s name is seen directly under the character title for General James Ironwood. 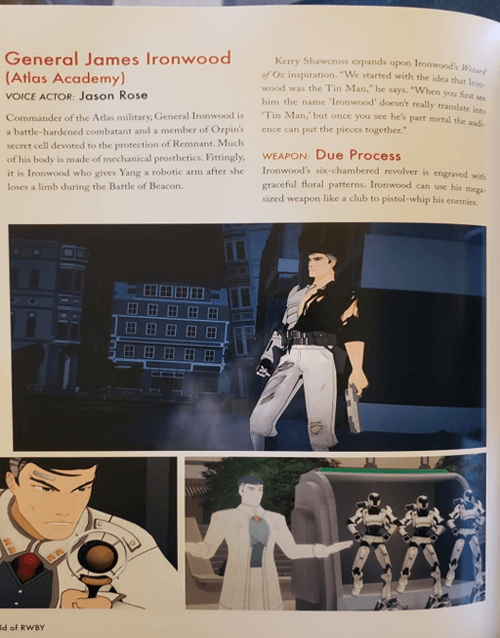 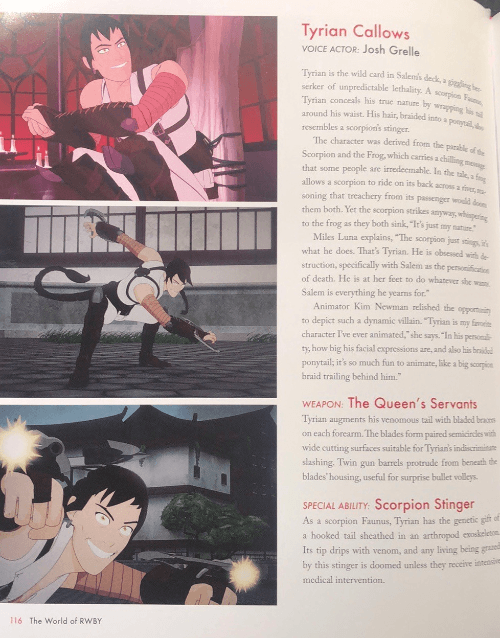 As of writing, Mignogna currently remains credited for each individual episode in which he performed, despite his removal from the companion book.

He also points out that Qrow Branwen had actually been removed from the banner image for RWBY: Volume 6 on iTunes.

What do you make of the fact that Mignogna is not credited as the VA in The World of RWBY: The Official Companion book?