Laura Bailey, the veteran voice actor who recently provided the motion-capture and voice performance for The Last of Us Part II’s Abby, shared death threats she received.

On July 3rd, Bailey took to her personal Twitter account to share screenshots of messages she had received from individuals who were threatening her with physical violence for her role in The Last of Us Part II.

These threats were explicitly violent, with the alleged individuals declaring “I’m going to kill you,” and “I’m going to find where you live and slaughter you,” and “I will find u [sic] and I will kill your kid for that just wait for that.”

Man. I try to only post positive stuff on here… but sometimes this just gets a little overwhelming. I blacked out some of the words cuz, ya know, spoilers.

Side note. Thank you to all the people sending me positive messages to balance it out. It means more than I can say.❤️ pic.twitter.com/kGyULWPpNu

Many of the individuals who sent these violent threats cited the brutal death of Joel at the hands of Abby, as well as the attempt to elicit forgiveness of this murder from players by featuring her as the sole playable protagonist for the latter half of the game, as the reason for their outrage.

In response to the sharing of these messages, Bailey soon received an outpouring of support from fellow voice actors and industry professionals, all of whom praised Bailey’s performance and criticized these individuals for being unable to separate the actress from the character.

These supporters included Metal Gear Solid V actress Stephanie Joosten, who wrote, “It’s truly sad that you’re being harassed like this. These kind of hateful attitudes among gamers, or members of any other fandom, really need to change.

Joosten added, “Please know that most of us will value and appreciate your performance as an actor, wether they liked the character or not.” 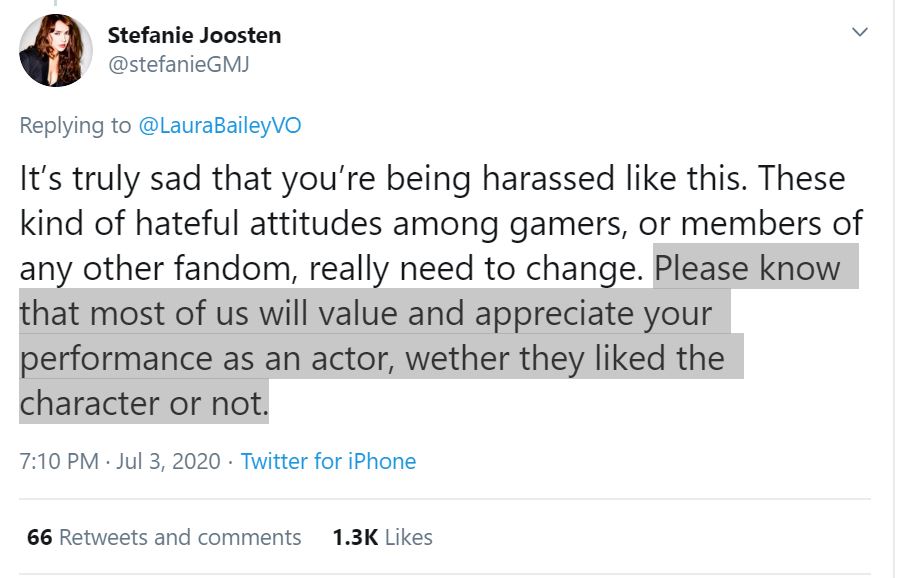 Actress, voice actress, and former Rooster Teeth employee Micah Burton wrote, “Laura you are such a damn light in this world and ANYONE who stoops this low doesn’t deserve to consume anything your talent has touched.”

She added, “I am so sorry there are such hateful pathetic humans in this world, you deserve so much better. You deserve the world <3 love you” 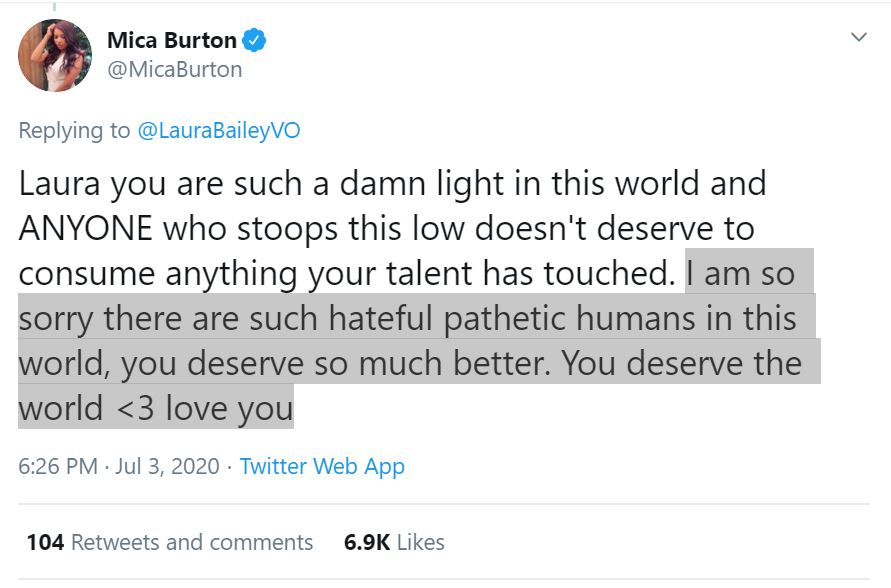 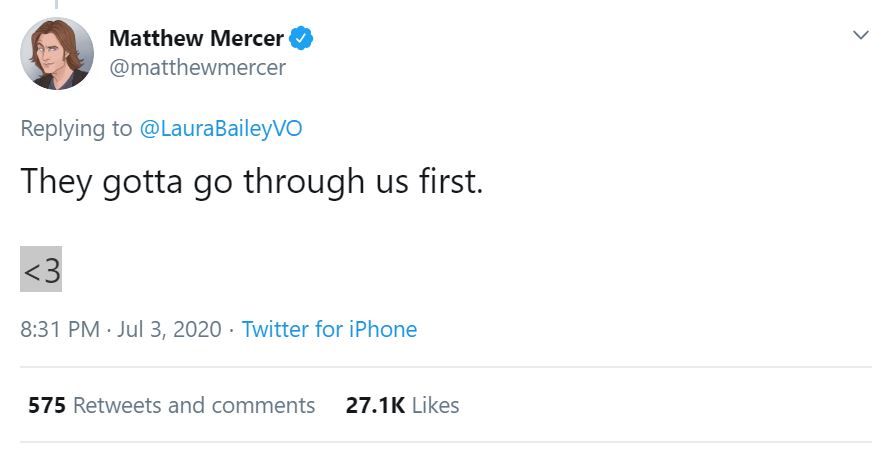 Guardians of the Galaxy and Suicide Squad director James Gunn wrote, “I get being bummed when something happens to a character or story you love that that you don’t like, but this is outlandishly lame. It seems people are confusing fiction with reality in reality AND in fiction. Grow up.” 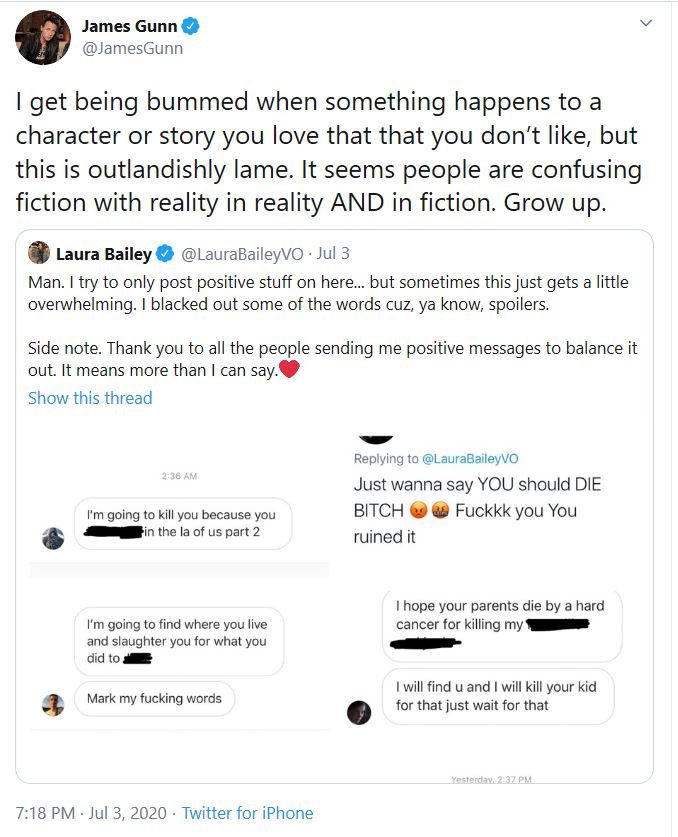 Naughty Dog Vice President and The Last of Us II creative director Neil Druckmann also offered his thoughts on the situation, stating that he hopes “these gamers get the mental help they so clearly need.”

On July 5th, Druckmann would similarly share examples of hateful messages he had received from disgruntled individuals, many of which featured anti-Semitic rhetoric, and observe that “too many of the messages I’ve been getting are vile, hateful, & violent.” 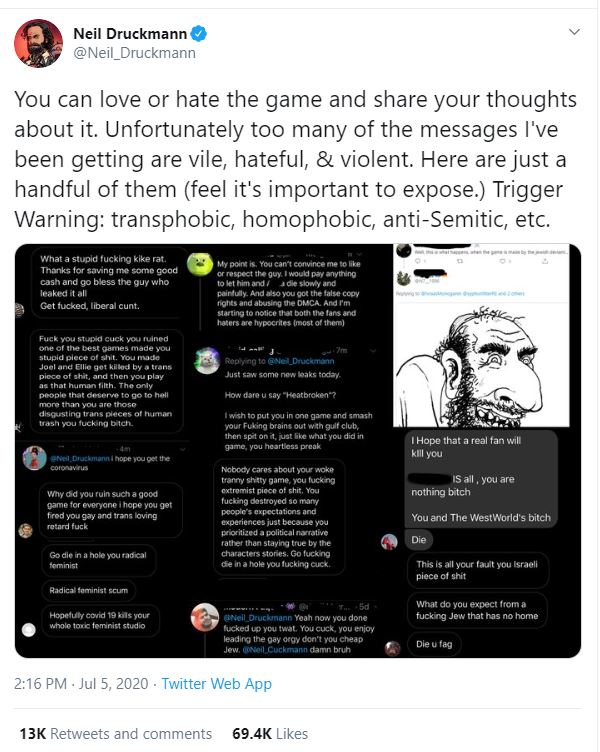 Following the massive wave of support and encouragement from her friends, fans, and colleagues, Bailey would thank everyone for the “amount of encouraging responses” they had sent her, declaring that their actions had reminded her “that good people far outweigh the bad.”