In a new interview with Weekly Famitsu, the Final Fantasy VII Remake production team discussed fan feedback, cut content, and confirmed that the next installment in the series is currently in development.

Though the full 15-page interview is set to be published in the next issue of Japan’s top video game magazine, English translations of excerpts have been provided by well-known translator and Aitai Japan founder Audrey Lamsam.

The most exciting point of the interview for Final Fantasy VII fans is confirmation from Director Tetsuya Nomura that, according to Lamsam’s translations, the next installment in the series is already in development and that the team “would also like to deliver it as soon as possible.” 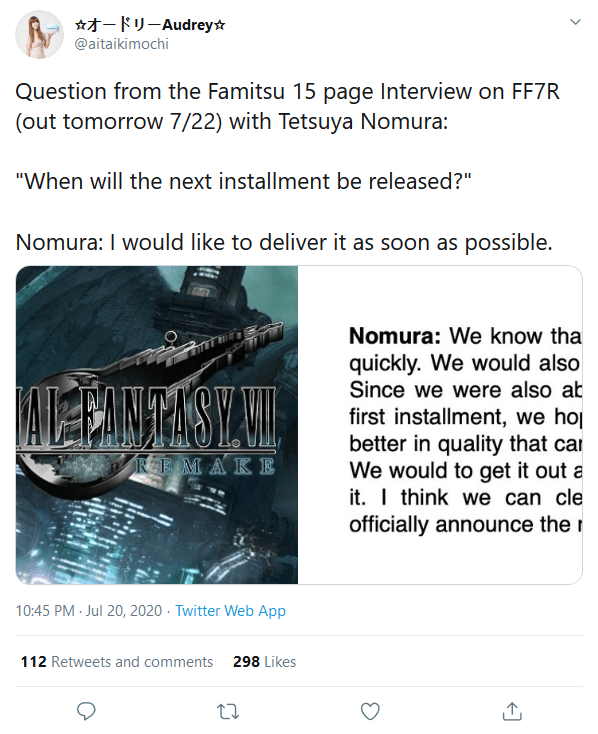 Nomura added, “We would [like] to get it out as soon as possible, so please wait for it. I think we can clearly convey the direction when we officially announce the next installment.”

Nomura also noted his surprise at Jessie’s fourth-place placement in Famitsu’s FF7R Character Popularity Poll, stating that he “didn’t expect her to be this popular!” 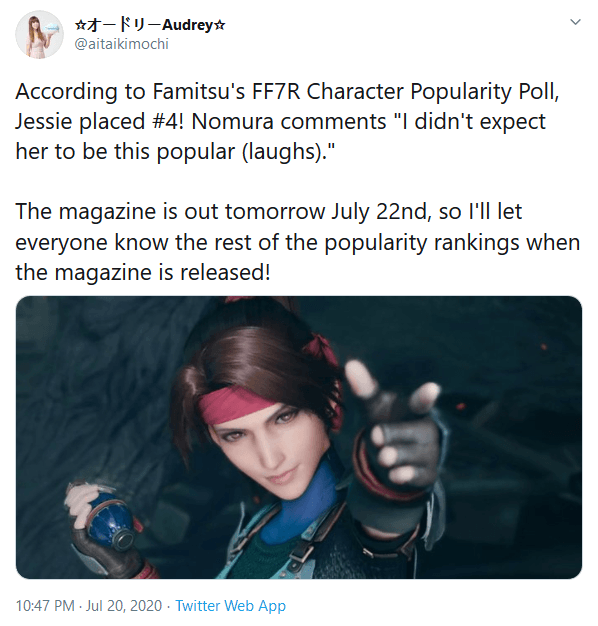 Co-Director Motomu Toriyama also discussed certain pieces of cut content, including another appearance by the motorcycle loving SOLDIER Roche later in the game. 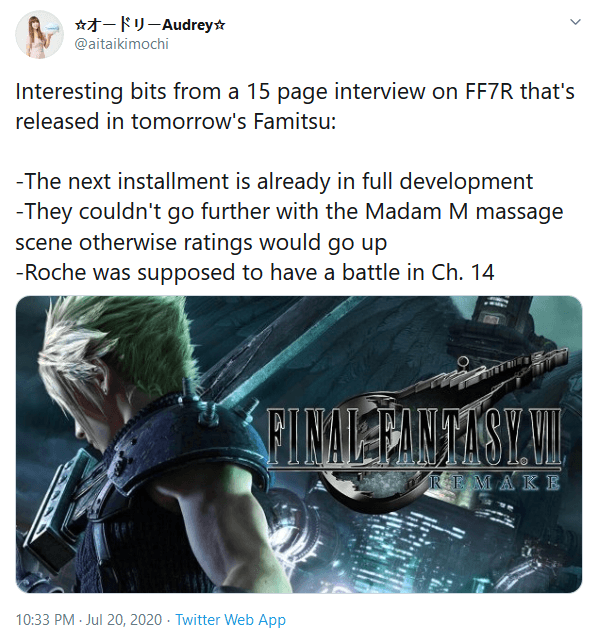 This was further explained in a quote provided by Japanese video game news source Ryokutya2089, wherein Toriyama noted that his second appearance was cut “because it destroyed the serious mood.”

Toriyama explained, “Roche was scheduled to appear in the final battle, but we removed it because it destroyed the serious mood. He was also planned to fought in Chapter 14’s slum area. It was there, but we abandoned it because there is no road for motorcycles in the slums.”

Despite this cut, Toriyama did tease that “there’s a very high chance Roche will be reappearing in the next installment.” 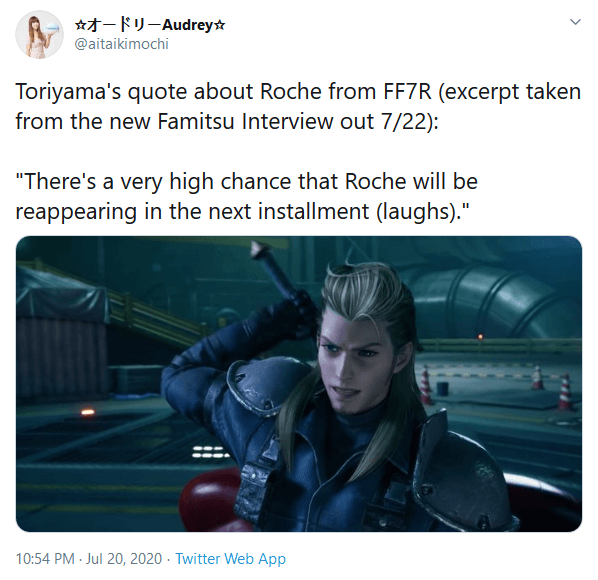 Toriyama also comments on the decision to remove access to the AVALANCHE hideout in Seventh Heaven, explaining that it was done “to show that Cloud wasn’t close with AVALANCHE.” 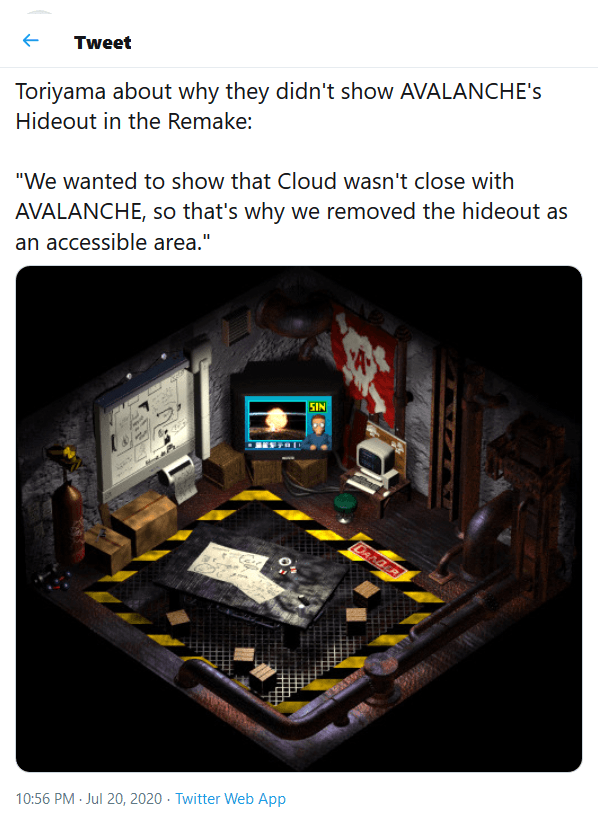 The full interview can be found in the newest issue of Weekly Famitsu when it officially releases on July 23rd.