In the game, the player takes on the role of a new moderator for the Twitch channel of fictional streamer ‘Abicake99’.

The player proceeds through branching storylines by advising Abi on what choices to make as she moves up the ladder from fledgling streamer to public figure.

The game quickly introduces elements of horror and suspense, as players follow Abi as she has to deal with an unhinged fan who is becoming more and more intent on stalking her and her friends.

The game is reminiscent of Night Trap, a horror-based FMV game originally released for the Sega CD console.

Night Trap is widely considered to be a cult classic among gamers.

Upon its posting, the trailer was near instantly and universally lambasted, as people called it everything from a “simp simulator” to a tone deaf exploitation of female streamers.

ESports report Rod Breslau described it as the “simpulator.” 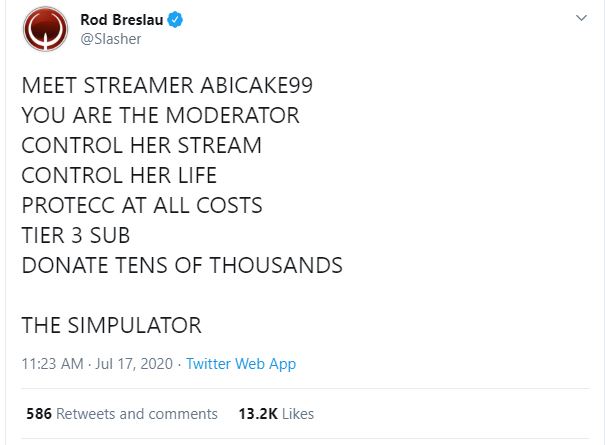 In a subsequent tweet he would speculate about the game’s ending, “and then at the end you…possibly assault and murder her? sounds genuinely terrible. bring on the streams.”

Twitch streamer Pokimane would also get in on the action. She initially responded to Breslau writing, “‘gamer girl’ >pretends to play scuffed mario kart of .2 seconds.”

She then added, “I wanna clarify imo anyone can refer to themselves as a gamer, idc if you play candy crush casually or are a professional cs go player.”

She continued, “however, i do think it’s lame that the developers/publishers want to title it ‘gamer girl’ when it has almost nothing to do with games.” 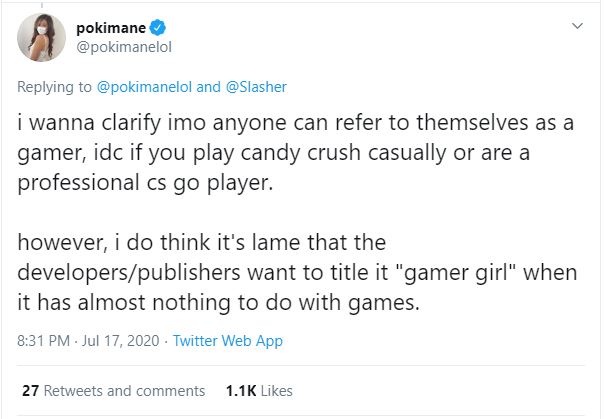 Weaponized Nerd Rage added, “They can make this garbage but we can’t get a darkstalkers 3…”

According to publisher Wales Interactive, Gamer Girl was made in an attempt to “raise awareness” of online abuse.

They wrote on Twitter, “Gamer Girl is about the impact user comments and actions have on a streamer’s mental health and wellbeing. The reason why FMV Future created the game was to raise the issue of the toxic environment which can often appear online behind the anonymity of a username…” 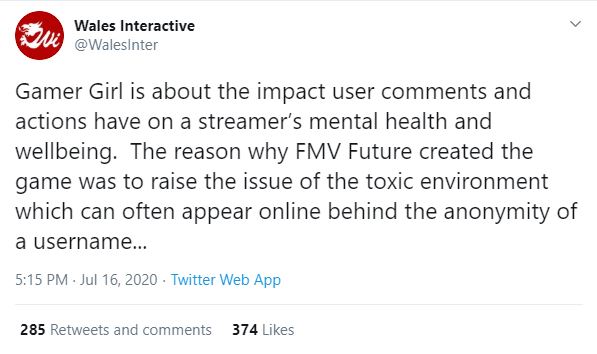 They continued, “Without giving away too much, Gamer Girl is an empowering story of a female streamer who, with the help of her moderator friend, battles the trolls and — overcomes— the toxic characters in her stream… most of whom have experienced abuse of various kinds online — some have even shared their experiences during interviews within the game…”

They elaborated, “Players start the game as one of Abi’s friends whom she trusts, and it is their job to make the channel a success but also to guide the stream to keep Abi in a positive frame of mind….” 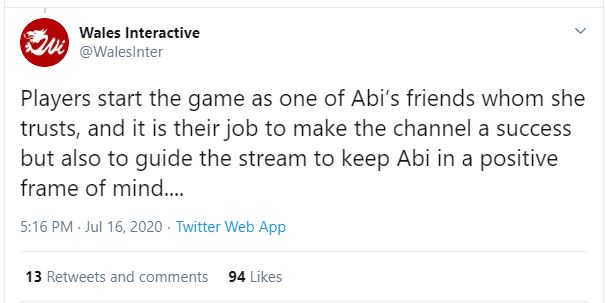 Finally, they concluded, “Online abuse is real and is still happening every day — Gamer Girl seeks to raise awareness of this issue.”

Following the near universal roasting of the title across social media, Gamer Girl has seemingly disappeared from the internet.

Geeks + Gamers also weighed in on the trailer.

The trailer was pulled off of YouTube mere hours after it had been up, and as of writing, the game is no longer listed on developer Wales Interactive’s website.

As the game offered full motion video scenes, branching story lines, and a creepy vibe reminiscent of films such as The Fan, one wonders if Gamer Girl would have ultimately been at the least a cult success akin to Night Trap.

Politics and today’s climate aside, seeing the hard work of various artists go by the wayside is unfortunate.

This project took 4 years of development, and it’s gone in just a week.

While there is a remote chance that Wales Interactive could still someday release Gamer Girl, albeit under the radar, it is currently unlikely.

We’ll just have to wonder about what could have been.

Do you think Gamer Girl would’ve been intriguing? Share your thoughts below.