The graphic novel features a story by Trey Moore and is written by Matthew Erman with illustrations by Giuseppe Cafaro. They are joined by Ed Dukeshire, who provides the lettering work. 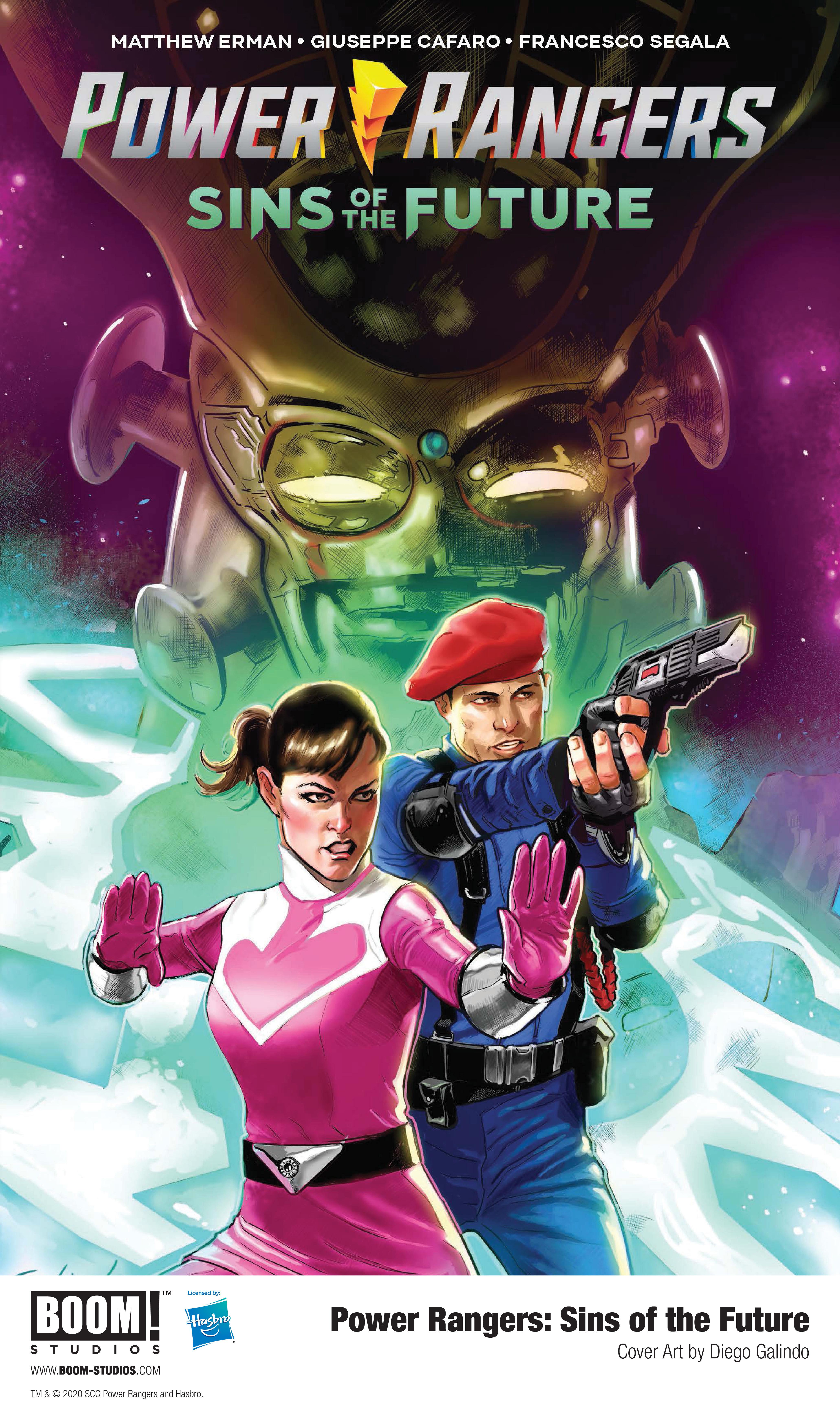 The story takes place after the events of the Power Rangers: Time Force TV series. It sees Pink Time Force Ranger Jen Scotts return from the future where she and Wes are subsequently attacked by a mysterious stranger who reveals to them dire news.

This stranger claims the timelines have been altered and Jen is to blame for the deadly consequences. The information from this mysterious stranger puts them on “a collision path with an enemy they never expected.”

In a press release BOOM! Studios questions, “Can Jen and Wes survive the threats to their pasts, presents and futures? Or will it be the end of everything as they know it?”

BOOM! Studios not only revealed the cover art for the graphic novel by Diego Galindo, seen above, but they also revealed 10 images from the book. 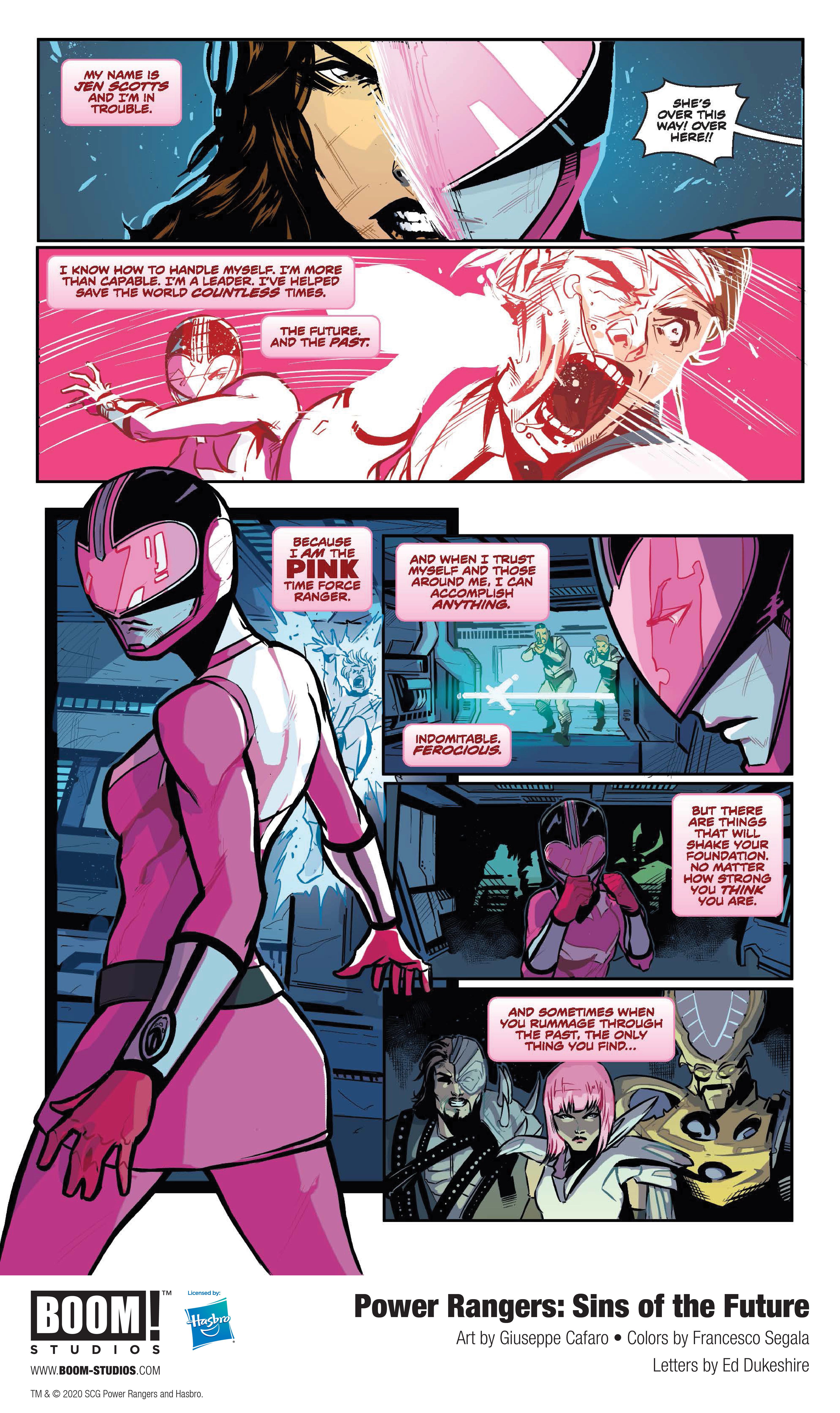 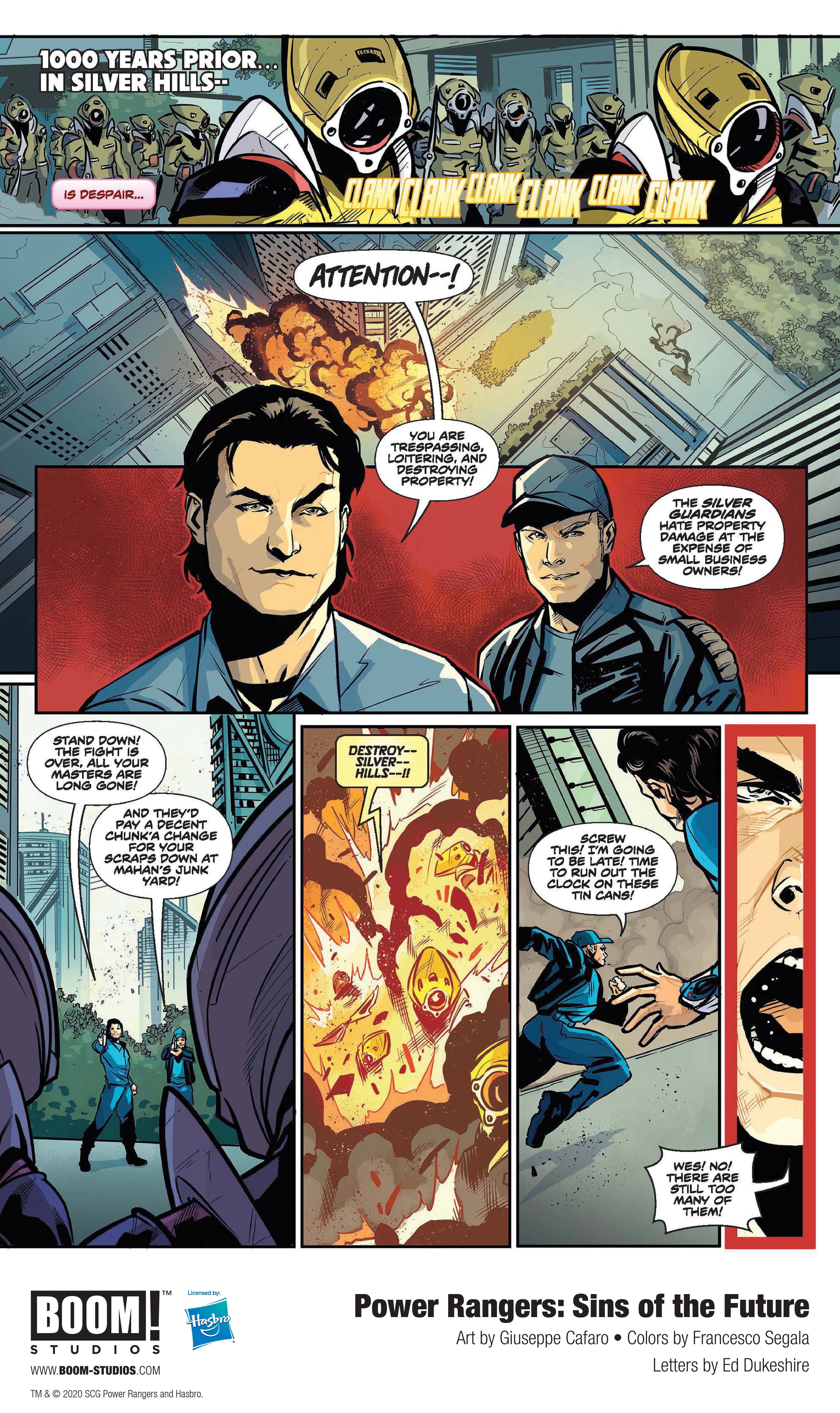 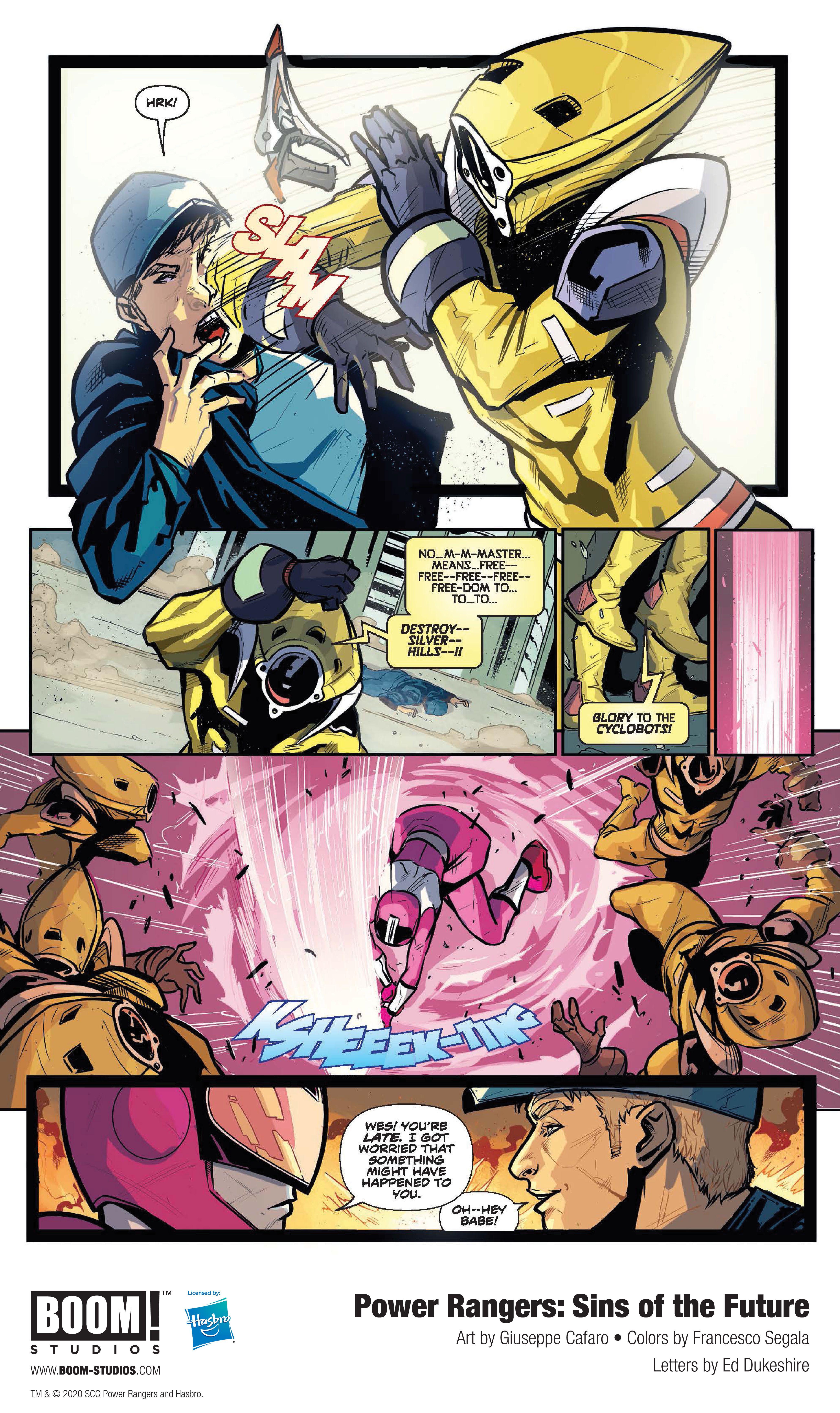 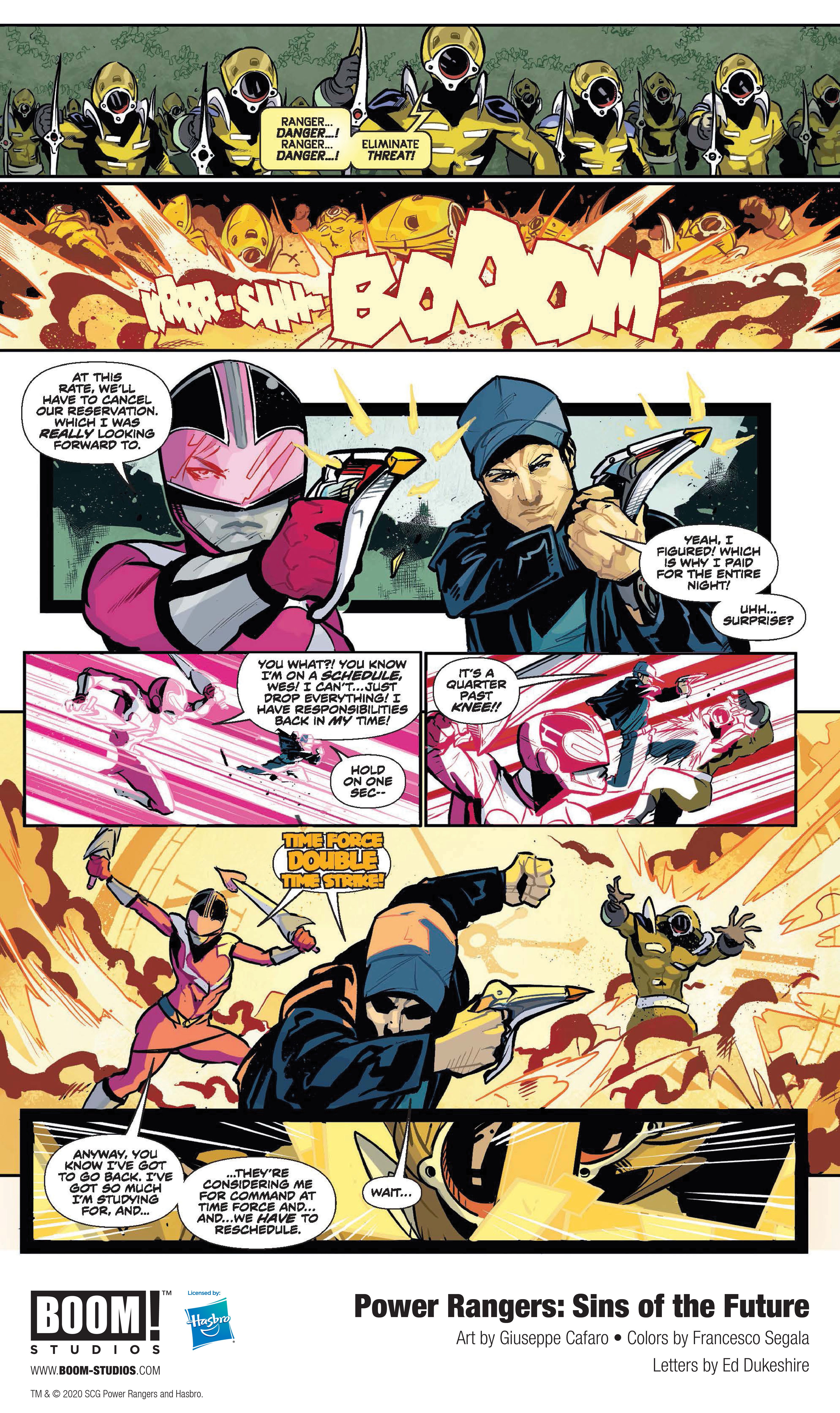 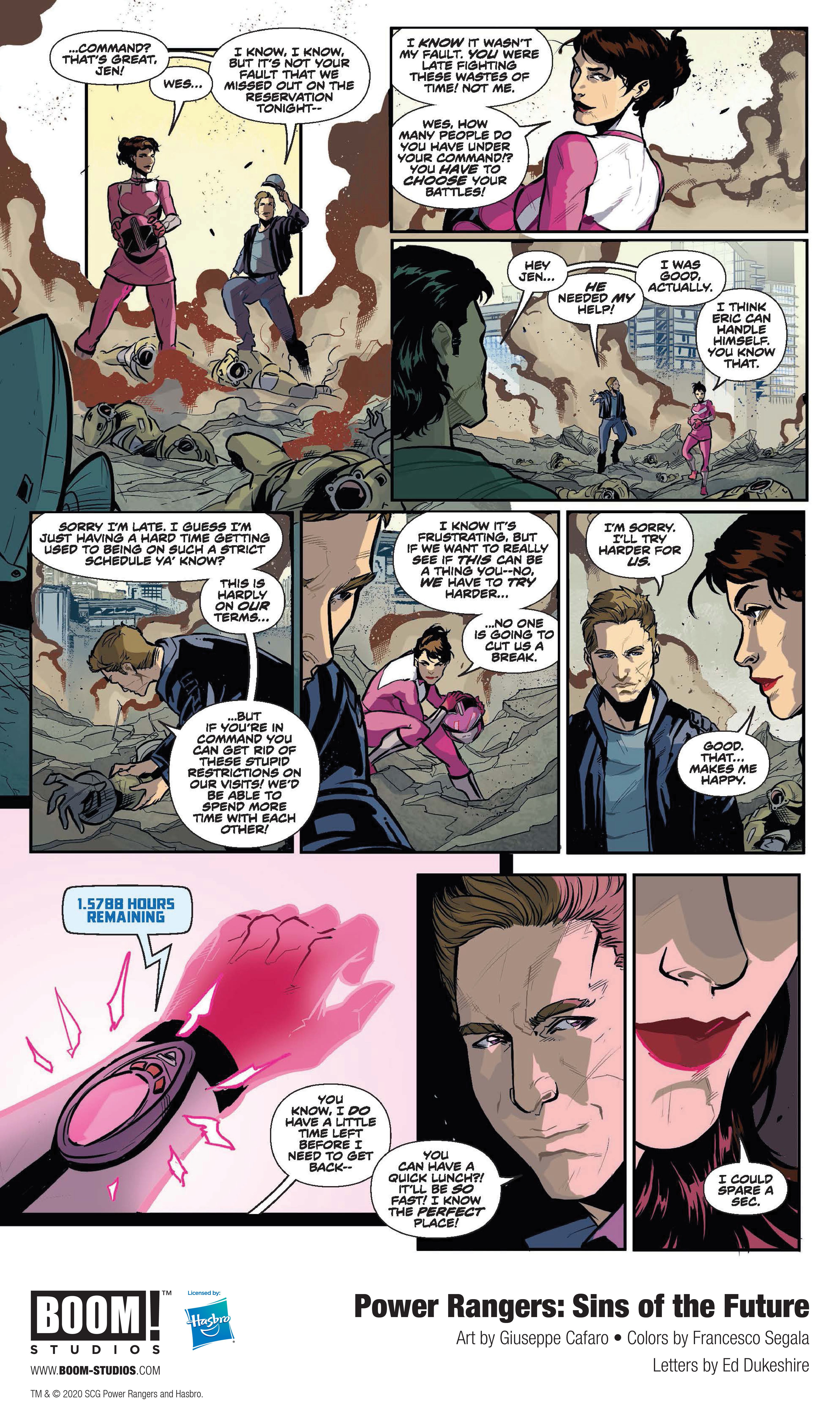 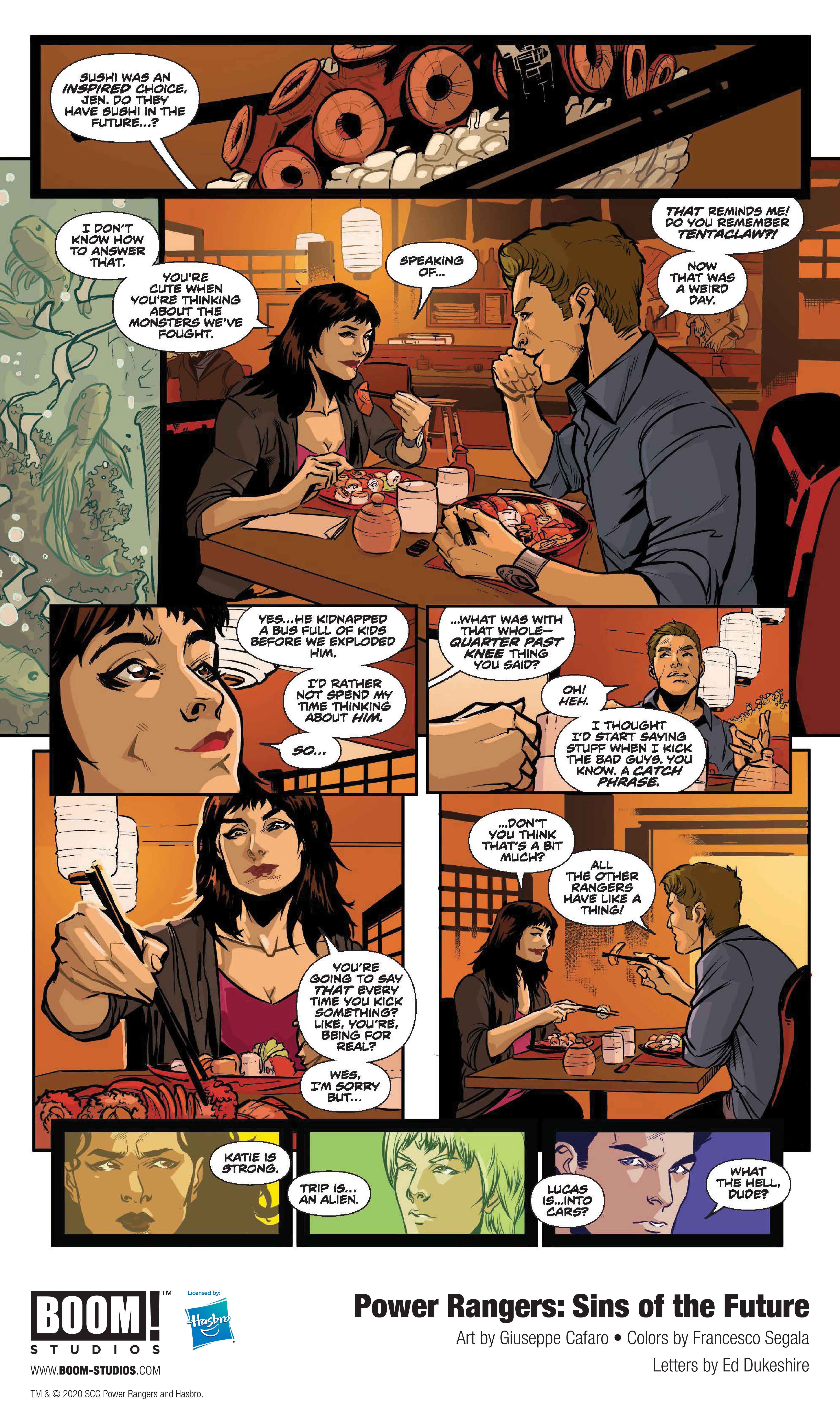 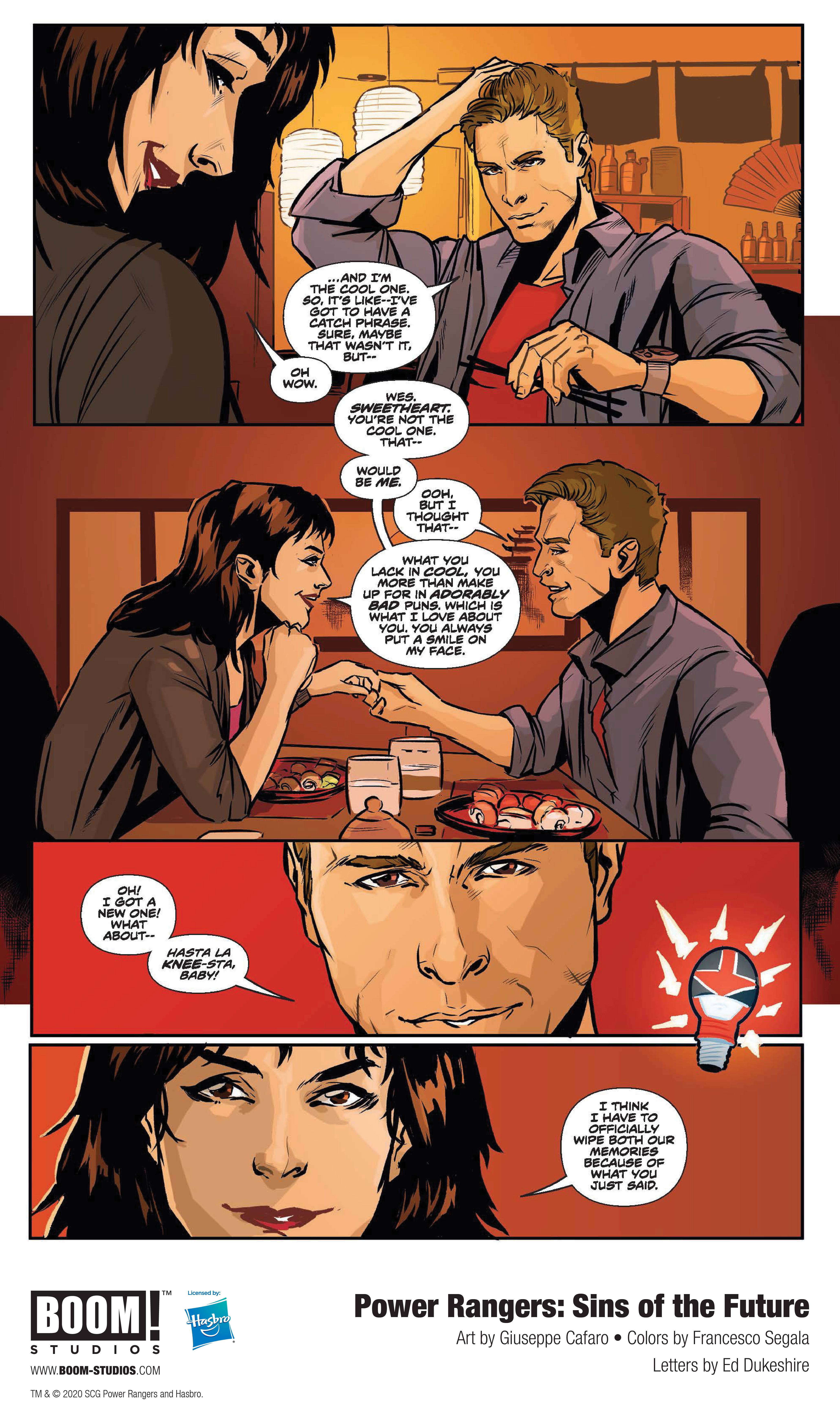 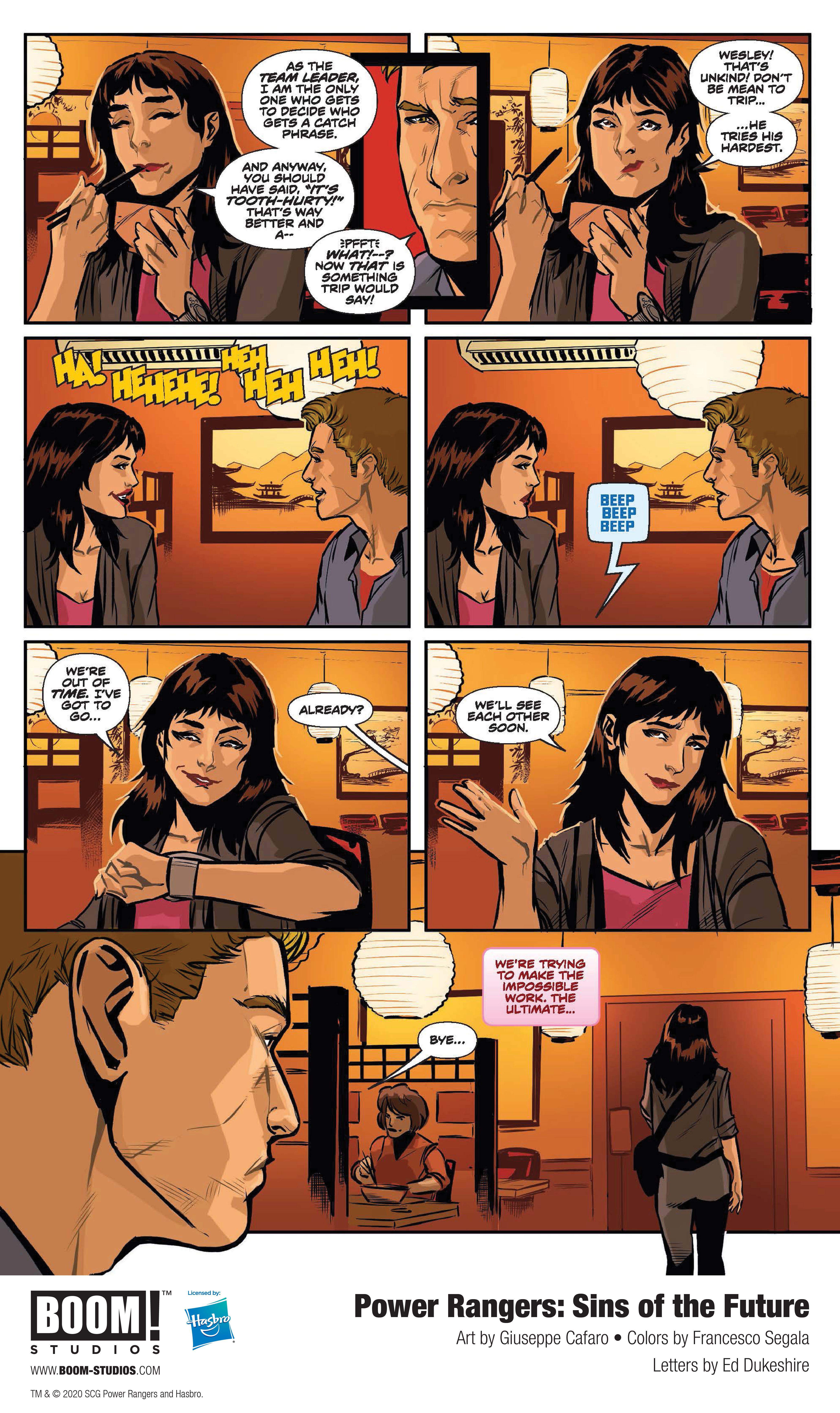 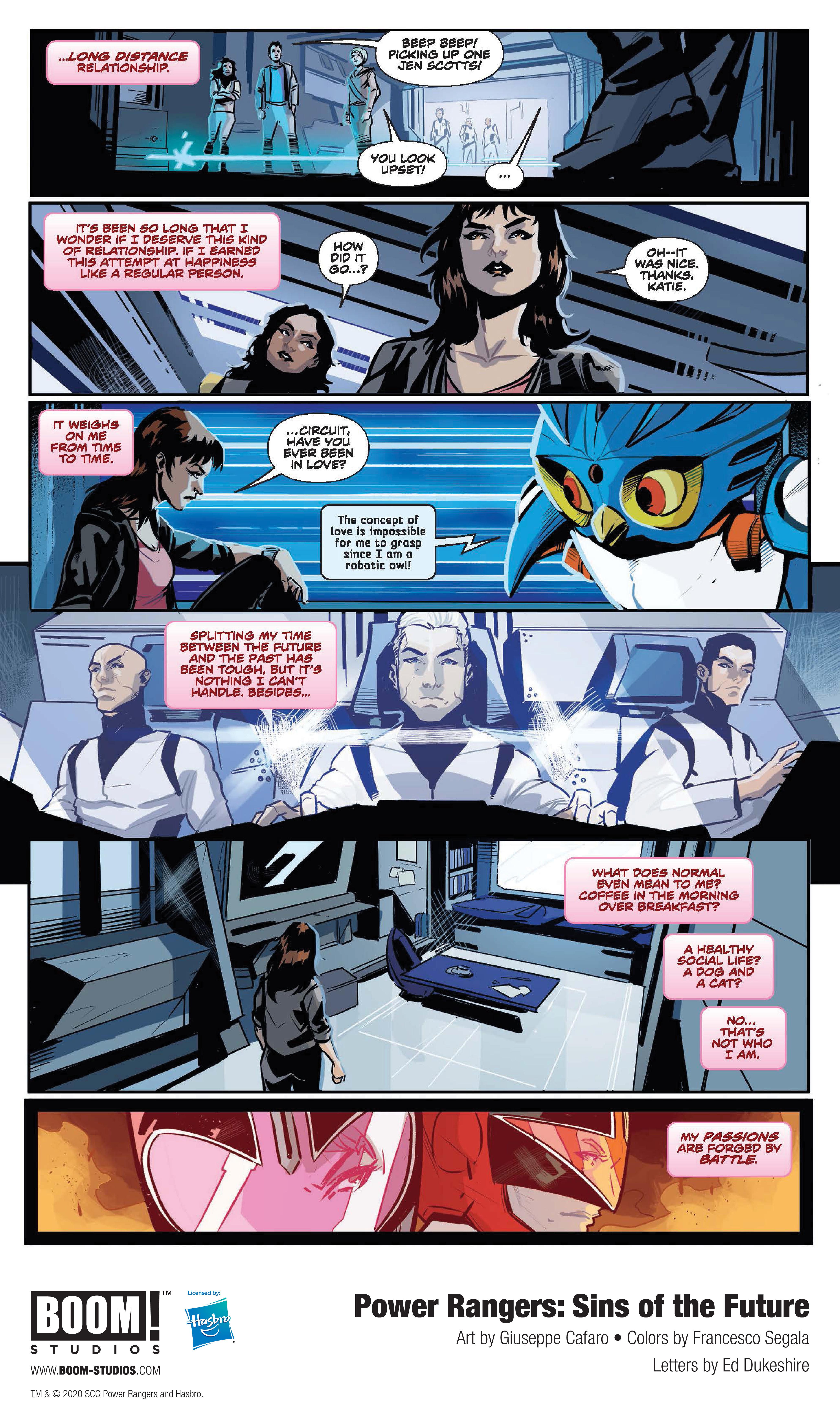 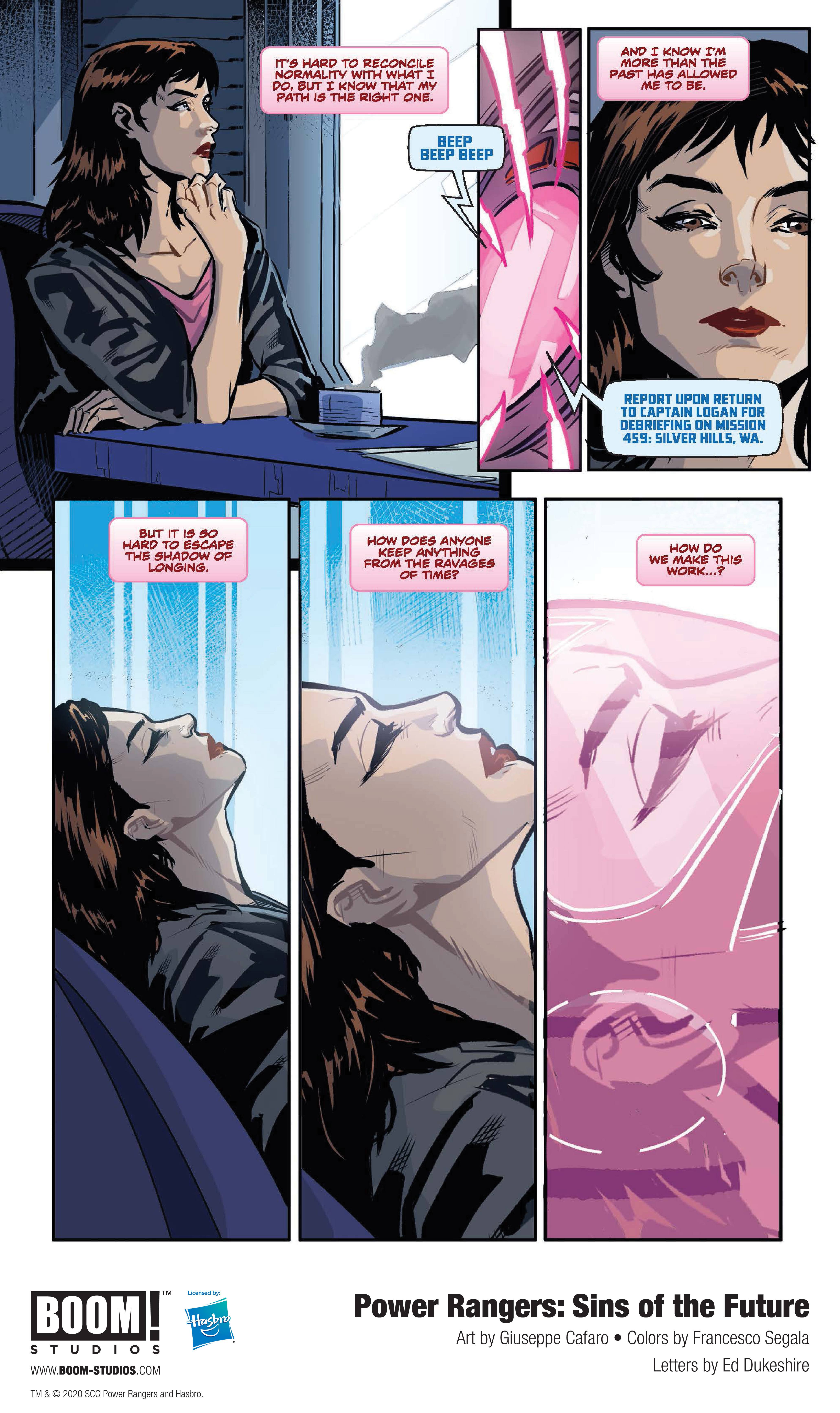 Power Rangers: Sins of the Future will arrive on comic book shelves on October 28, 2020.

What do you make of this first look? Do you plan on checking it out?