Concept art for the scrapped Justice League Dark movie has been shared online. The series of images give fans an idea of where the movie wanted to go.

It shows Jason Blood turning into Etrigan, Deadman jumping into a body, Spectre sitting in a prison cell, and a towering Swamp Thing standing among flames on his home turf.

The art was shared to Instagram by the men responsible, artist and Batman: Noel creative force Lee Bermejo and freelance illustrator Houston Sharp. 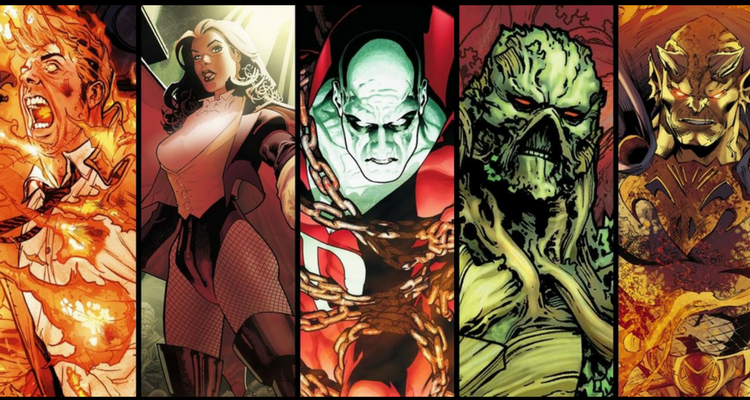 Edge of Tomorrow director Doug Liman was attached after Guillermo Del Toro bowed out and it was meant to be the start of a “Dark Universe” for DC before Universal soiled that idea with their monsters.

Bermejo said of his Etrigan, Deadman, and Spectre artwork, “DARK UNIVERSE concept art done years ago while Doug Liman was attached to direct.”

His post continued, “It was a pleasure to explore some of my favorite characters in a different format. I did quite a bit of work on Etrigan and his transformation as well as some Spectre and Deadman concepts.”

Here is Etrigan who appears to be transforming on the floor of a bathroom. 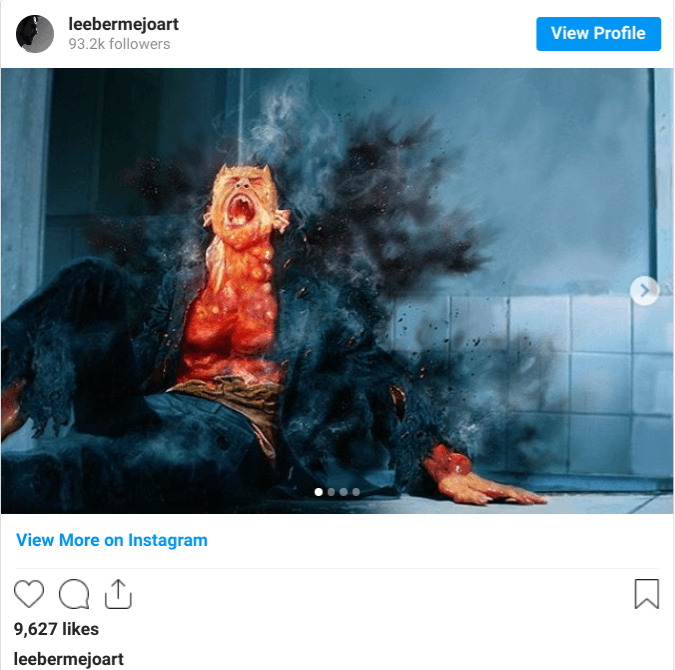 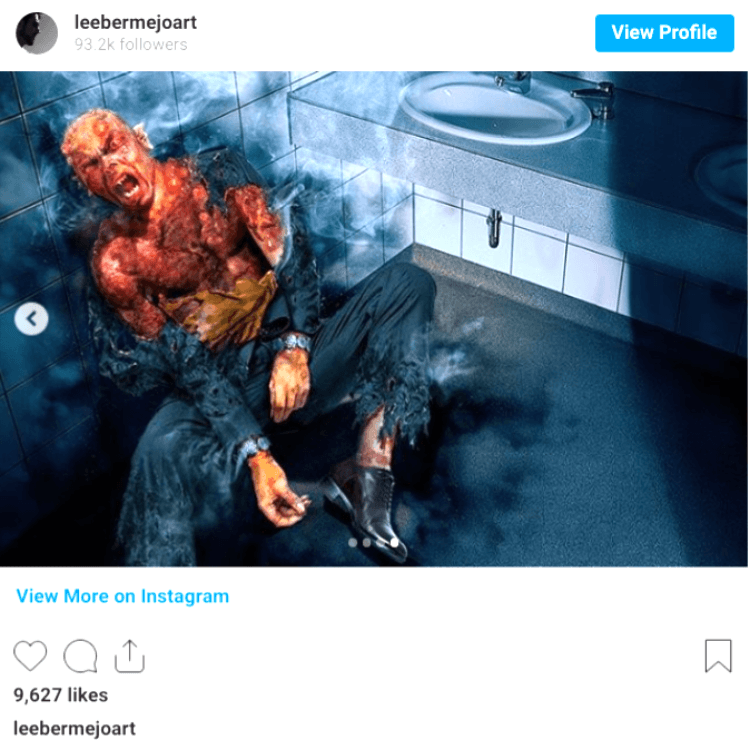 Next up is a cuffed Jim Corrigan sitting in prison and channeling the spirit of The Spectre. 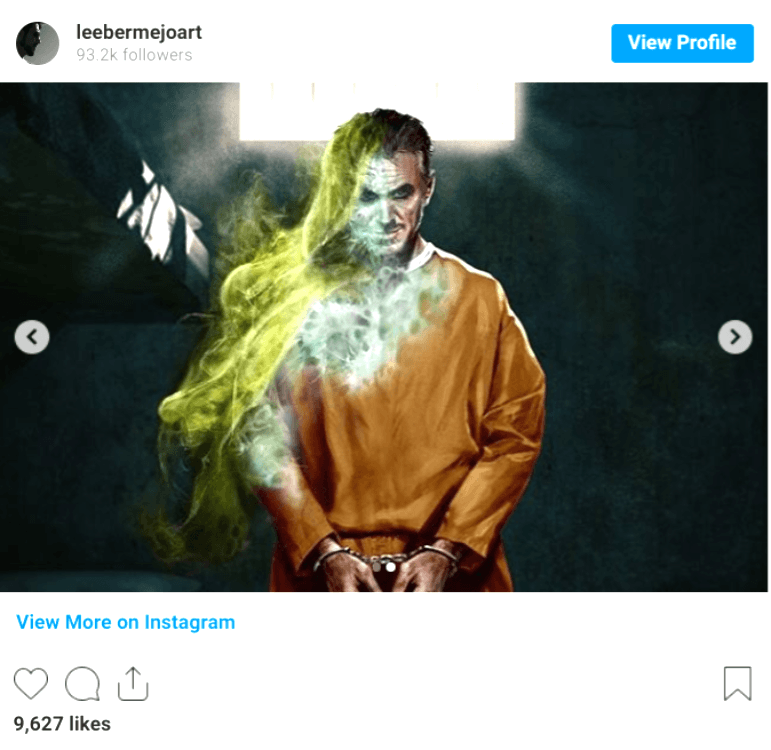 Finally is Bermejo’s render of Deadman, aka Boston Brand, leaping out of a cop in front of John Constantine at a morgue. 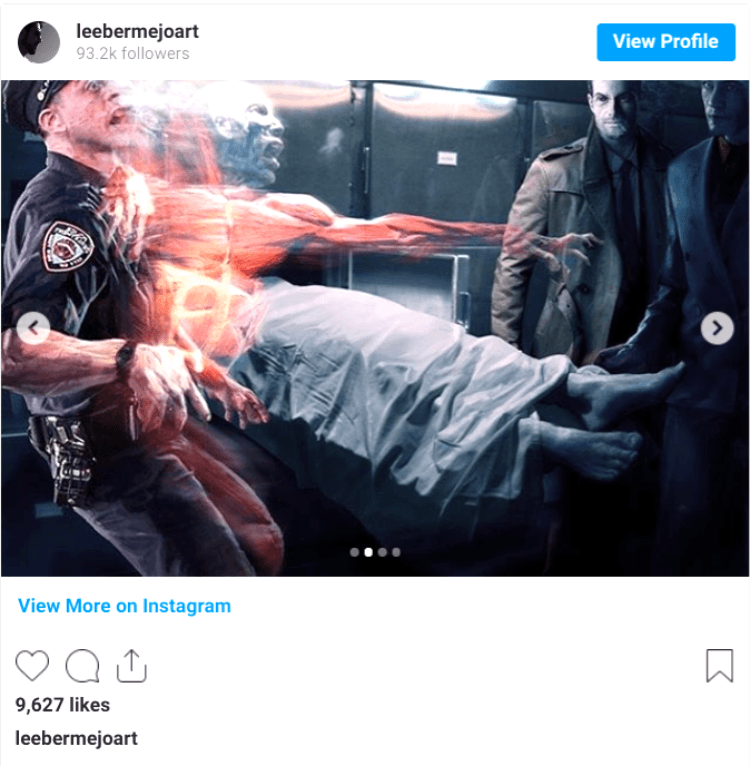 Bermejo, in closing, avowed his anticipation for JJ Abrams’ JLD series on HBO Max. “The project is long dead but I cannot wait to see what Bad Robot has in store for this corner of the DCU,” he wrote.

Houston Sharp had two posts of Swamp Thing concept art and shared Liman’s vision that would’ve made the protector of The Green the size of a tree.

He adds this: “Doug had the idea of Swamp Thing being a spirit of the swamp, coming into form when a group of arsonists set the plants ablaze.”

The design was a collaboration with Marvel Studios illustrator David Masson. Sharp lamented, “Too bad the film got canned, it was a lot of fun to work on!”

He then released this piece of a fully emerged Swamp Thing ready to stomp some arsonists.

Sharp also shared graphic artwork of Klarion, the reanimated corpse of a boy, watching Constantine and a prostitute through a window.

In his post, Sharp called that piece “the peak” of his career, strangely. Shock and charges of pedophilia followed. Justice League Dark was canceled as a film project and didn’t get to materialize on DC Universe Original Swamp Thing either.

Though the plug on the show was pulled after one episode, the short season teased the assembling of JLD through Blue Demon and Phantom Stranger. Executive producer Gary Dauberman revealed this was the plan for the second season.

There likely won’t be another chance even if Swamp Thing’s CW run this October leads to a surprise renewal. JLD is a sandbox set aside for JJ Abrams to play in exclusively, according to former HBO Max content honcho Kevin Reilly.

Tell us your thoughts on the concept art in the comments below.