Tapley took to Twitter on September 11th where he responded to a report that Styles would be taking on a role in Olivia Wilde’s upcoming Don’t Worry Darling film.

He wrote, “Second if we’re counting the Marvel movie no one knows he’s in.” 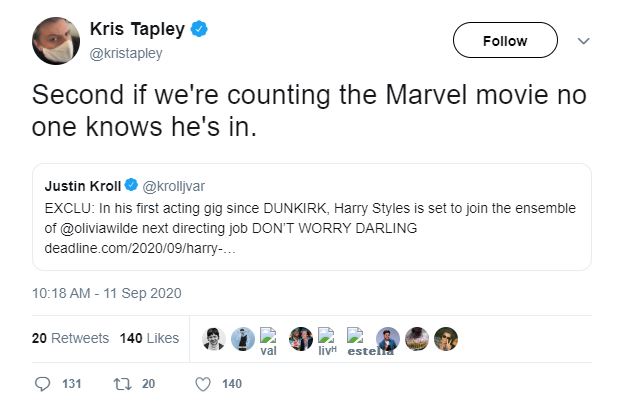 Tapley would quickly delete the tweet without an explanation, with speculation indicating the tweet was deleted because he was quickly being inundated with responses from Harry Styles fans. 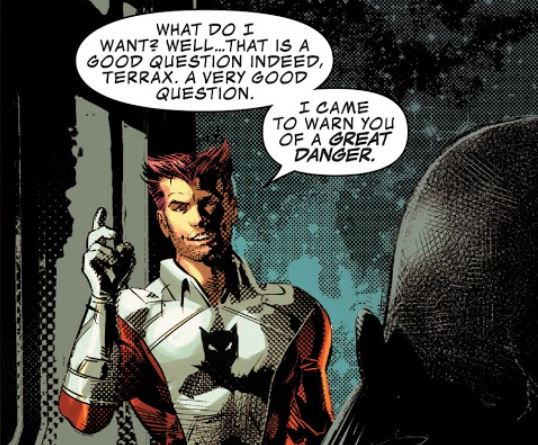 Conrad had previously detailed back in June that early casting breakdowns for The Eternals included Starfox. However, he insinuated at the time that Starfox would not be included in The Eternals.

He wrote, “But Starfox is too big of a character to just leave discarded. Marvel Studios still has plans to use the character as some point in a future MCU project.” He then speculated that Starfox could show up in a rumored Secret Invasion series or Captain Marvel 2. 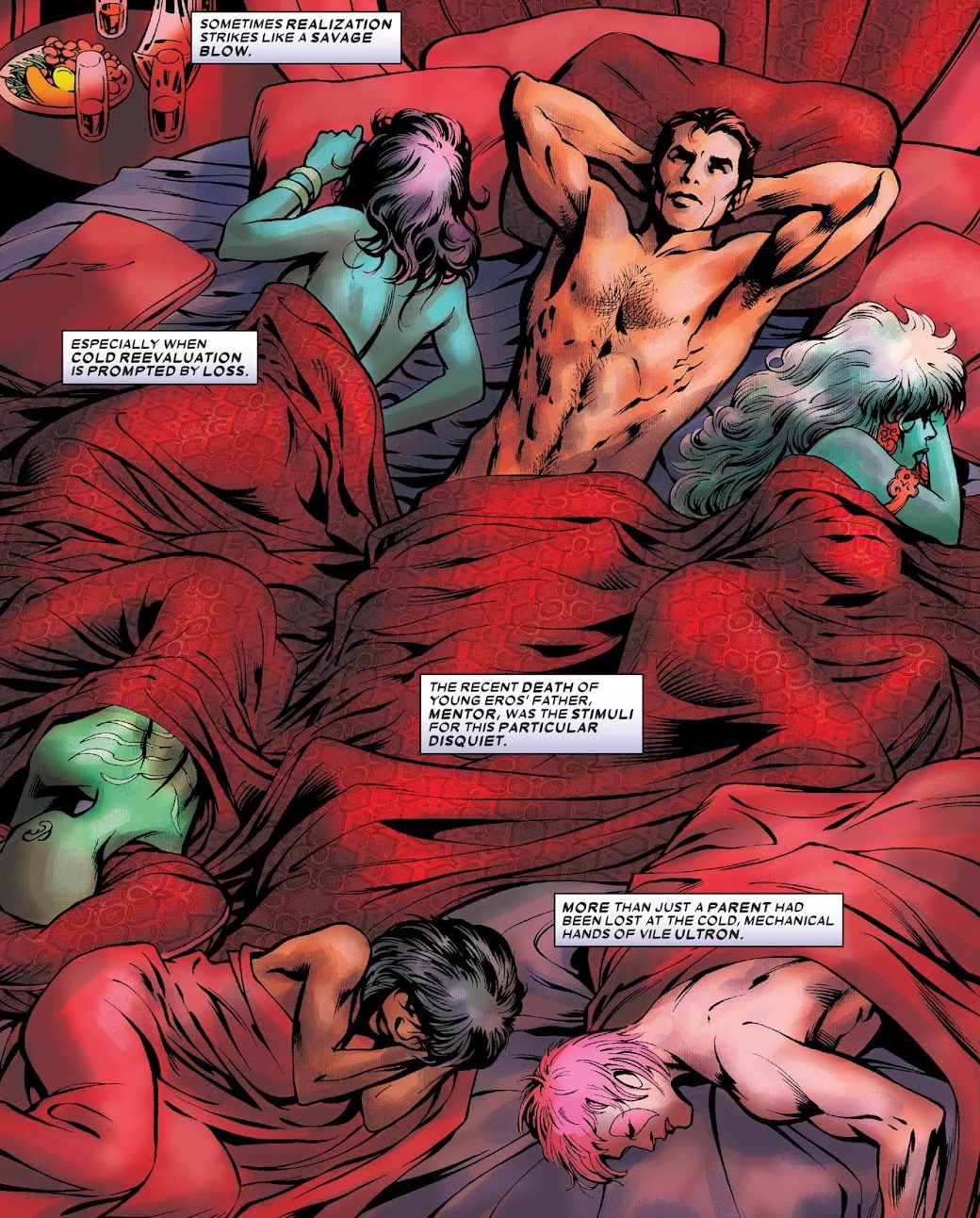 In July, Conrad would go a step further and speculate that Starfox could appear in a possible Thanos prequel film.

He wrote on Twitter, “At one point in development Infinity War would’ve shown Thanos’ backstory (it was never filmed).”

Conrad continued, “We recently heard that Marvel Studios still has plans to use Starfox. Now something involving Thanos is in the cards.”

He concluded by asking, “What if that backstory idea evolved into a full prequel movie?” 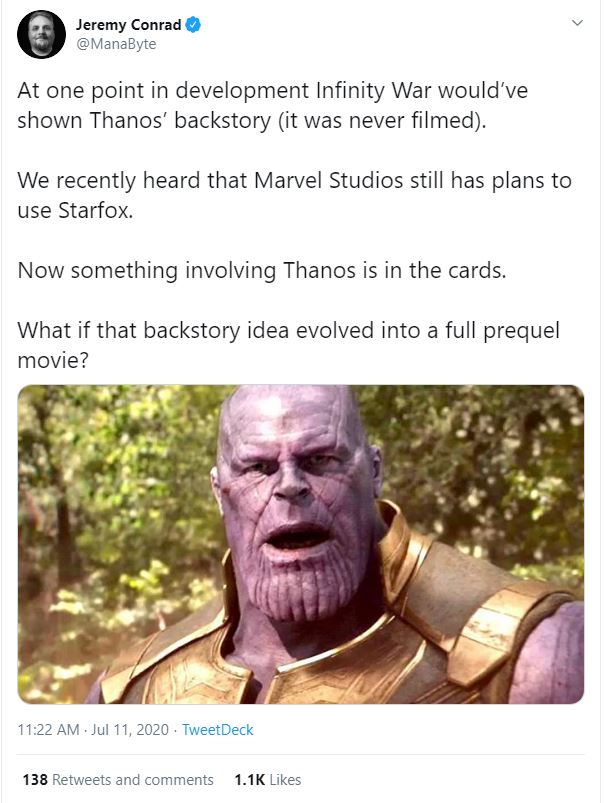 While it appeared that Harry Styles joining a Marvel film was still a rumor, a Marvel fan page on Facebook called Marvel Fans Forever would claim that Styles was indeed playing Starfox.

They would declare, “Dunkirk actor, Harry Styles plays the role of Starfox in the MCU. The filming is completed and his role is kept as a secret.”

They would also share an image that read, “Dunkirk actor Harry Styles to play the role of Starfox, the brother of Thanos in Marvel’s Eternals.” 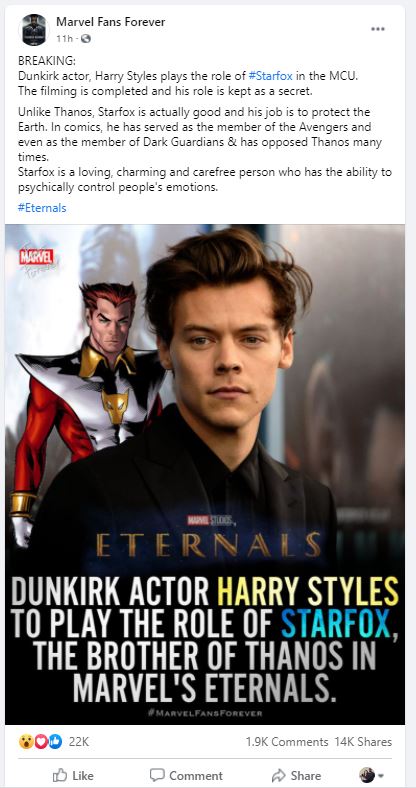 Given Tapley’s initial rumor, Styles could be appearing in a number of films including Shang-Chi and the Legend of the Ten Rings, Thor: Love and Thunder, Doctor Strange into the Multiverse of Madness, or the third Spider-Man film.

And there are plenty of possible roles he could play in any of those films as rumors for all of those films indicate they will all be jam packed with a plethora of characters.

If Styles does indeed play Starfox, he will be taking on the role of Thanos’ brother Eros, who goes by the alias Starfox. 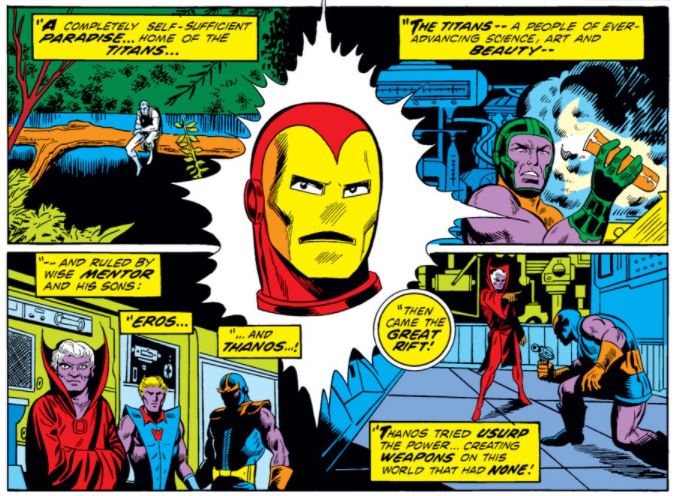 Starfox was created by Mike Friedrich and Jim Starlin and first appeared in Iron Man #55 back in 1973. Like Thanos he was the son of A’Lars and Sui-San. However, unlike his brother he was much more carefree and would make James Bond blush with his womanizing.

His carefree attitude would remain, but it would be tempered after Thanos attacked Titan and ended up killing their mother. He would team up with Captain Marvel and the Avengers in order to defeat Thanos. 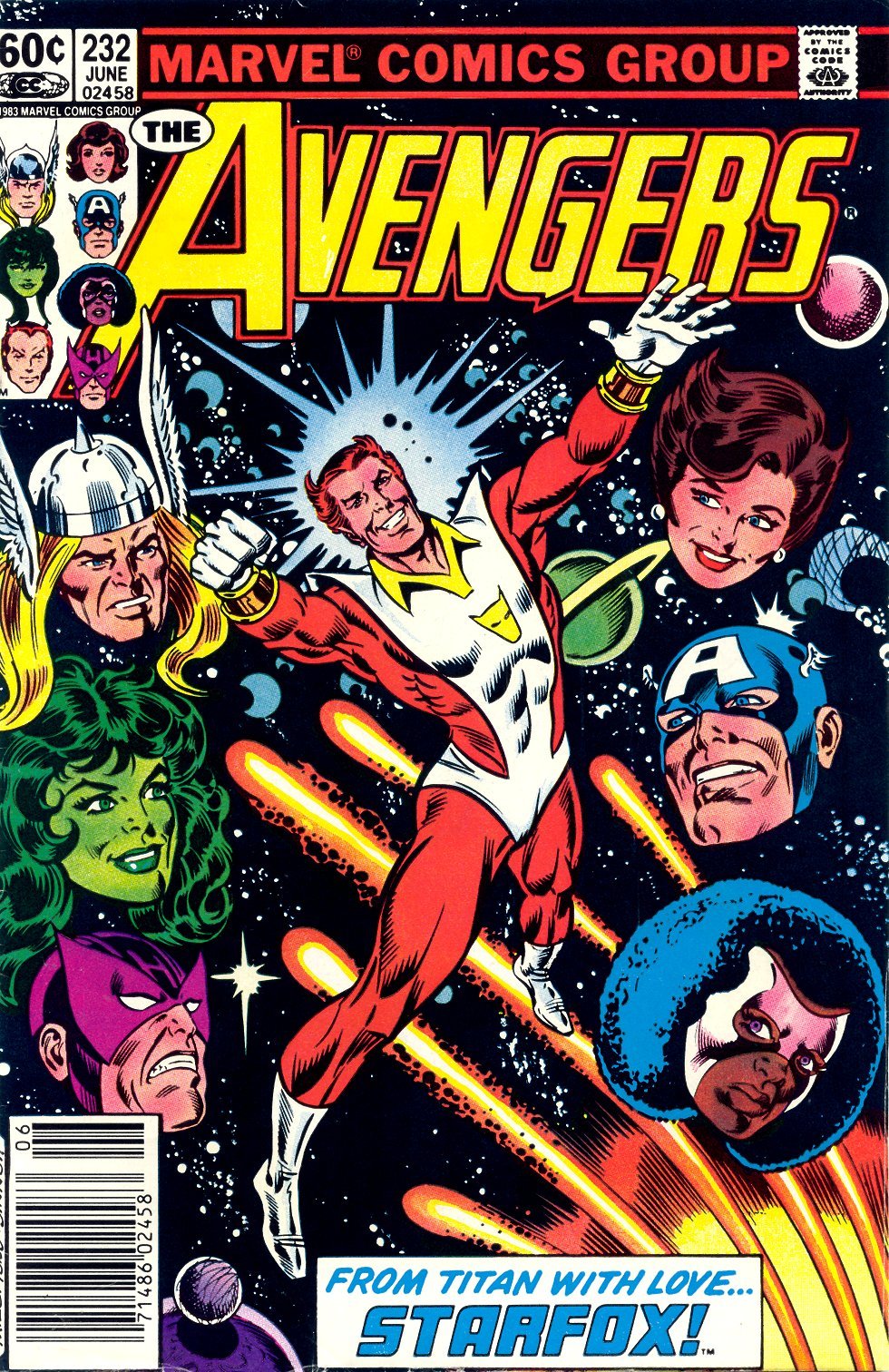 After defeating Thanos, he would continue gallivanting across the galaxy taking on numerous adventures and having many an encounter with the opposite sex. He would also on occasion team-up with the Avengers, who gave him the codename Starfox believing Eros was inappropriate. With the Avengers he would battle against the likes of the Wizard, Terminus, and Maelstrom.

Not only would he continue to team-up with the Avengers, but he would also work to undermine his brother’s numerous plans for galactic domination and destruction. However, he never fared well against Thanos when the two eventually came face to face. 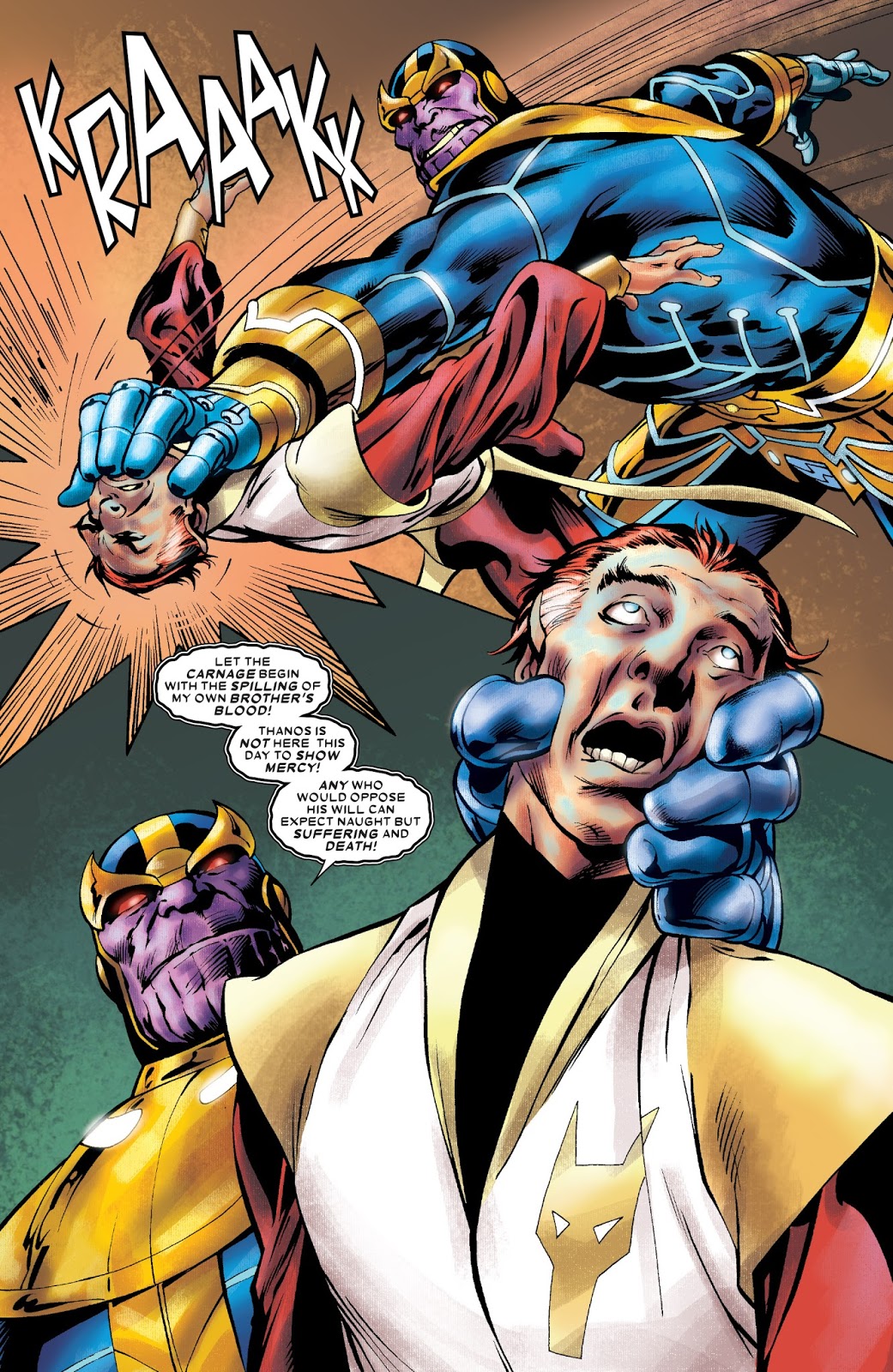