Azur Lanes can rejoice once again, as after a rumor alleged that the upcoming physical release of Azur Lane: The Complete Series would be censored, Funimation’s customer support has confirmed that this will not be the case. 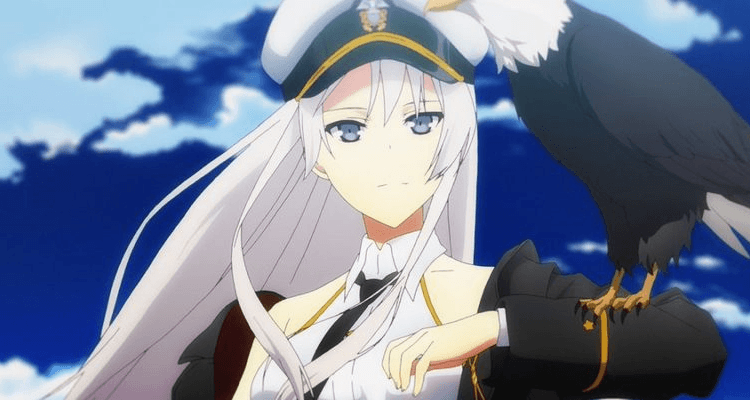 Earlier this week, Bounding Into Comics reported that the owner of longtime online anime retailer Robert’s Anime Corner claimed that “Funimation confirmed for us this week that their release of Azur Lane , which they rated 14+ rather than TV-MA, will be censored.”

However, after publication of this article, a Tweet by user @MrAJCosplay  began to circulate that showed a response from the Funimation Support team that asserted “there will be no censoring on this home video.”

To confirm this statement, Bounding Into Comics separately reached out to Funimation, who confirmed that “The Azur Lane home video release will be the Uncut version of the series!” 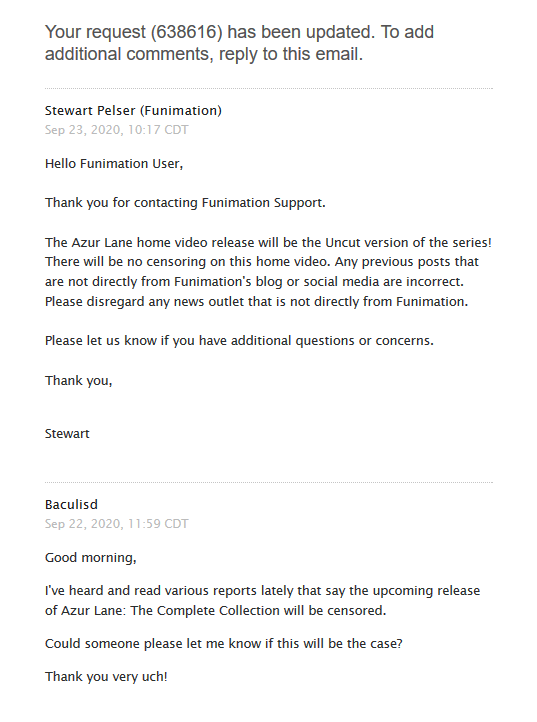 As of writing, the owner of Robert’s Anime Corner has not publicly responded to Funimation’s refutation.

Azur Lane: The Complete Series is set to release on November 24th and is currently available for pre-order from various retailers. 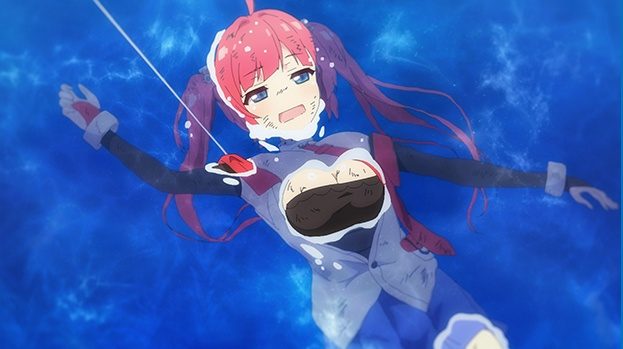 Do you believe Azur Lane will be released uncensored? What is your opinion of Robert’s role in this news? Let us know your thoughts on social media or in the comments down below!