British publisher Titan Comics just announced that they will be adapting Muhammad Ali and George Foreman’s iconic “Rumble in the Jungle” fight into a graphic novel titled Muhammad Ali, Kinshasa 1974. 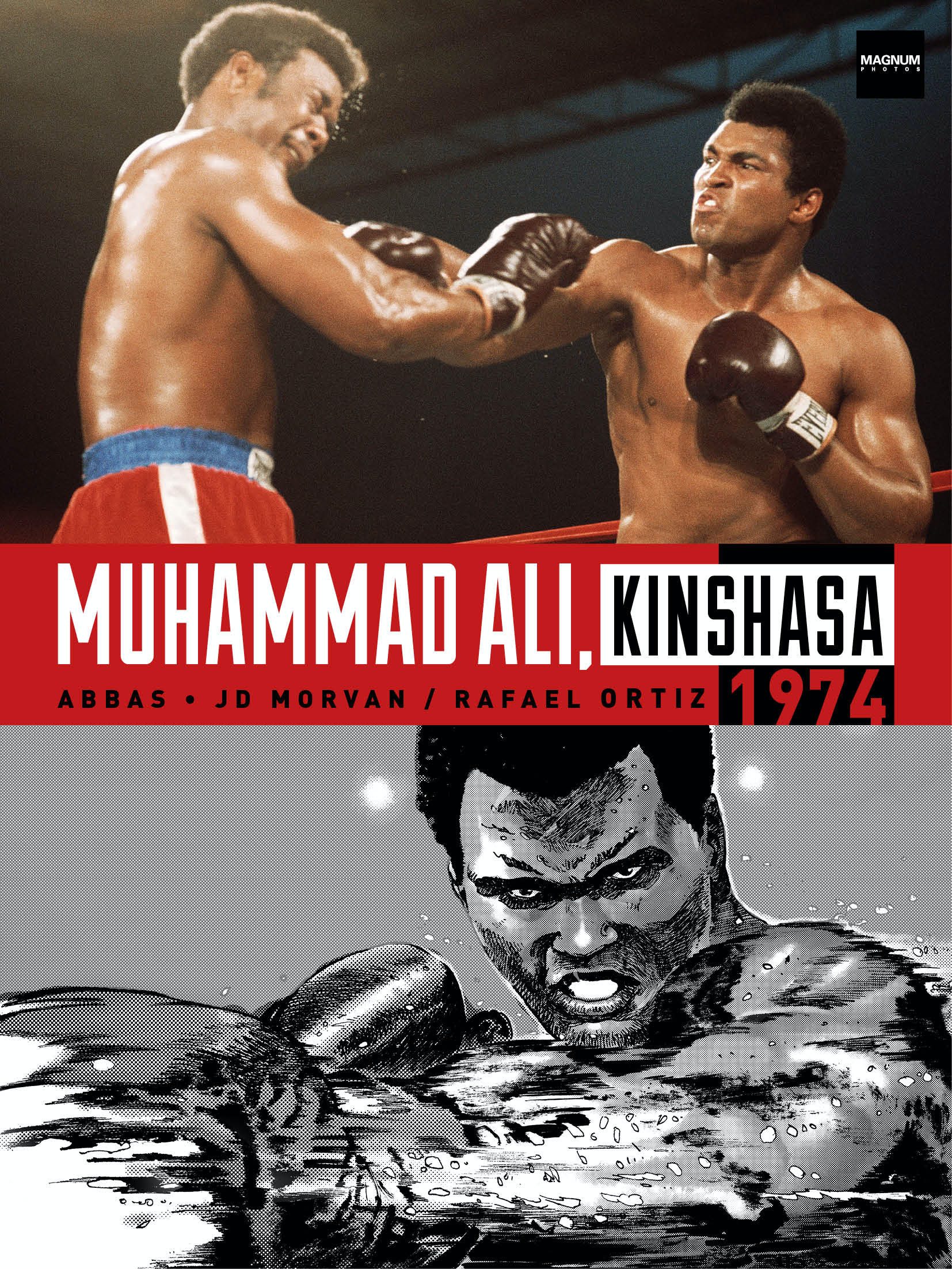 The graphic novel will be written by Wolverine writer Jean-David Morvan and artist Rafael Ortiz.

But this won’t be any ordinary graphic novel. The publisher is teaming up with photojournalist Abbas to include rarely-seen as well as behind-the-scenes photographs and first-hand accounts from the legendary fight. 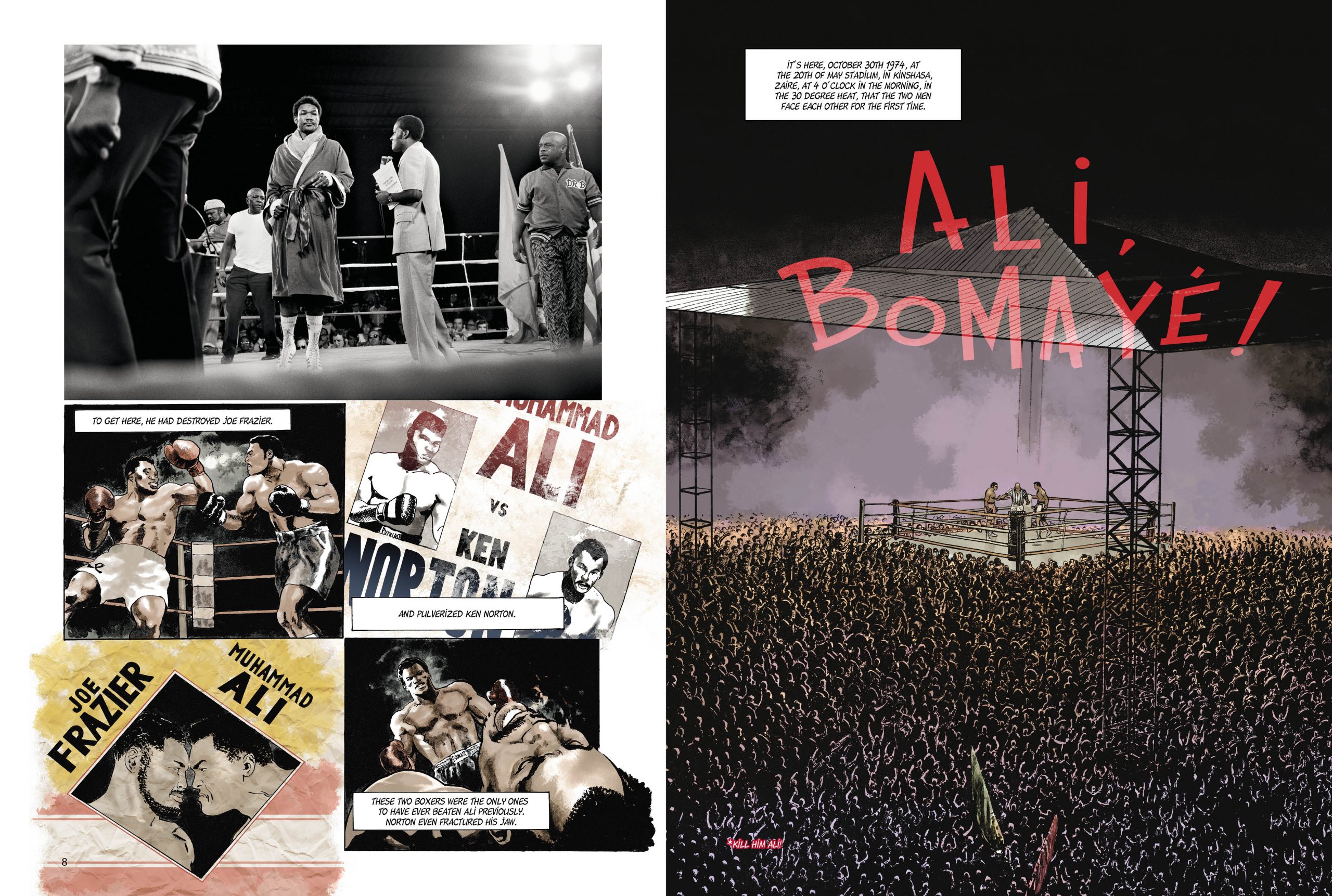 The graphic novel will include photos from Abbas’ personal archives that he has kept for 36 years.

Titan Comics explains, “This unique graphic novel masterpiece both reveals and reimagines the context of the most powerful photographs taken by one of the greatest photographers of the Magnum Photos agency.”

For those unfamiliar with the Rumble in the Jungle fight, it saw Muhammad Ali face off against George Foreman in Kinshasa, Zaira. Ali was aiming to reclaim his world champion belt after a 4-year ban. At the time of the fight Ali was the 32 year-old underdog going up against the current title holder 25 year-old George Foreman. 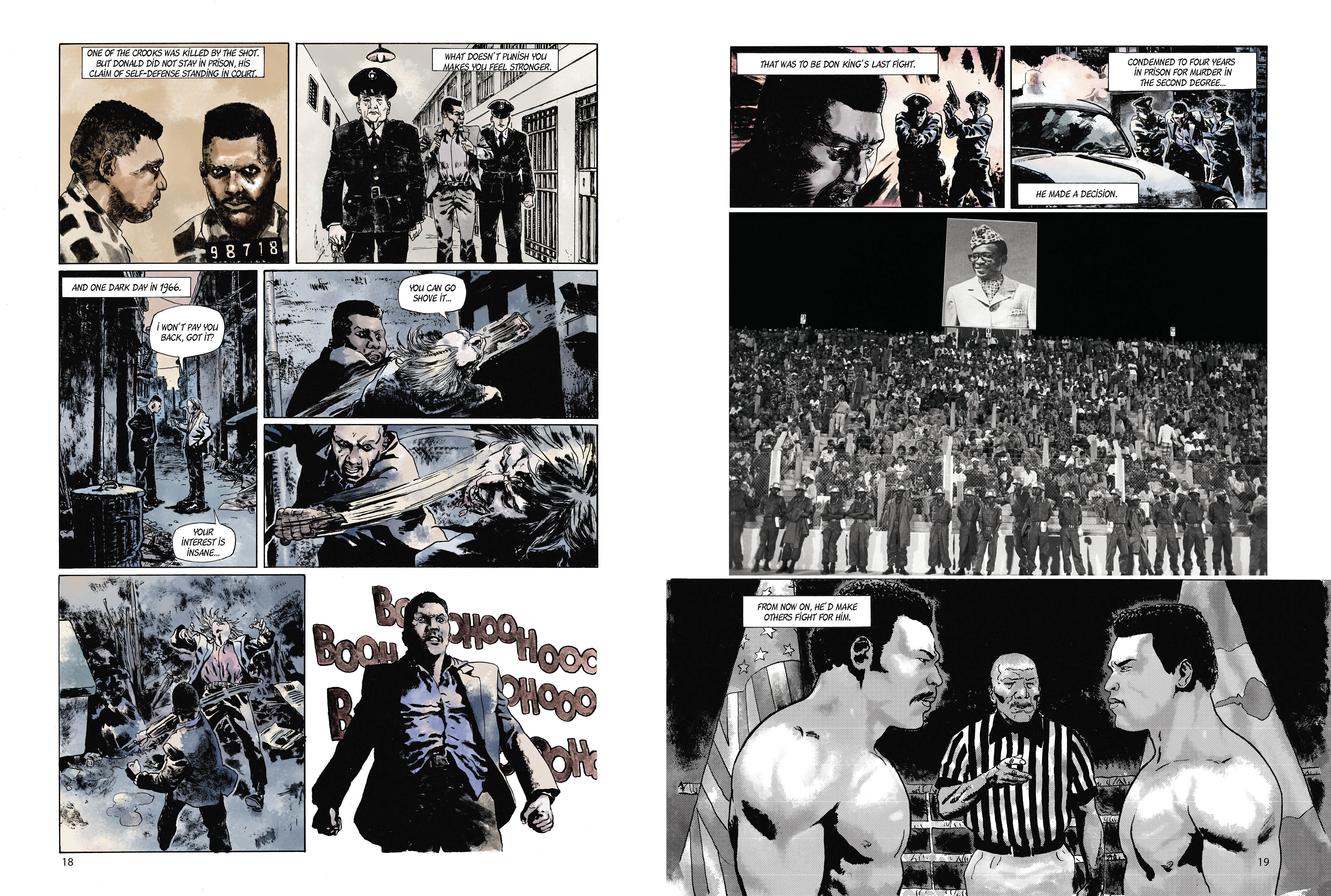 Morvan discussed the project with Tribune Content Agency detailing that the project was a long-time in the works. He explained, “It’s a looooong story because Rafa was not the first designer approached for this project. Besides, I didn’t know him yet when we set this album in motion.”

He continued, “But the designer who started had to stop for personal reasons and Rafa finally took his place after a few months. I had written the script without including the photos, so Rafa, in his storyboard, decided where to place them. They become integrated naturally.” 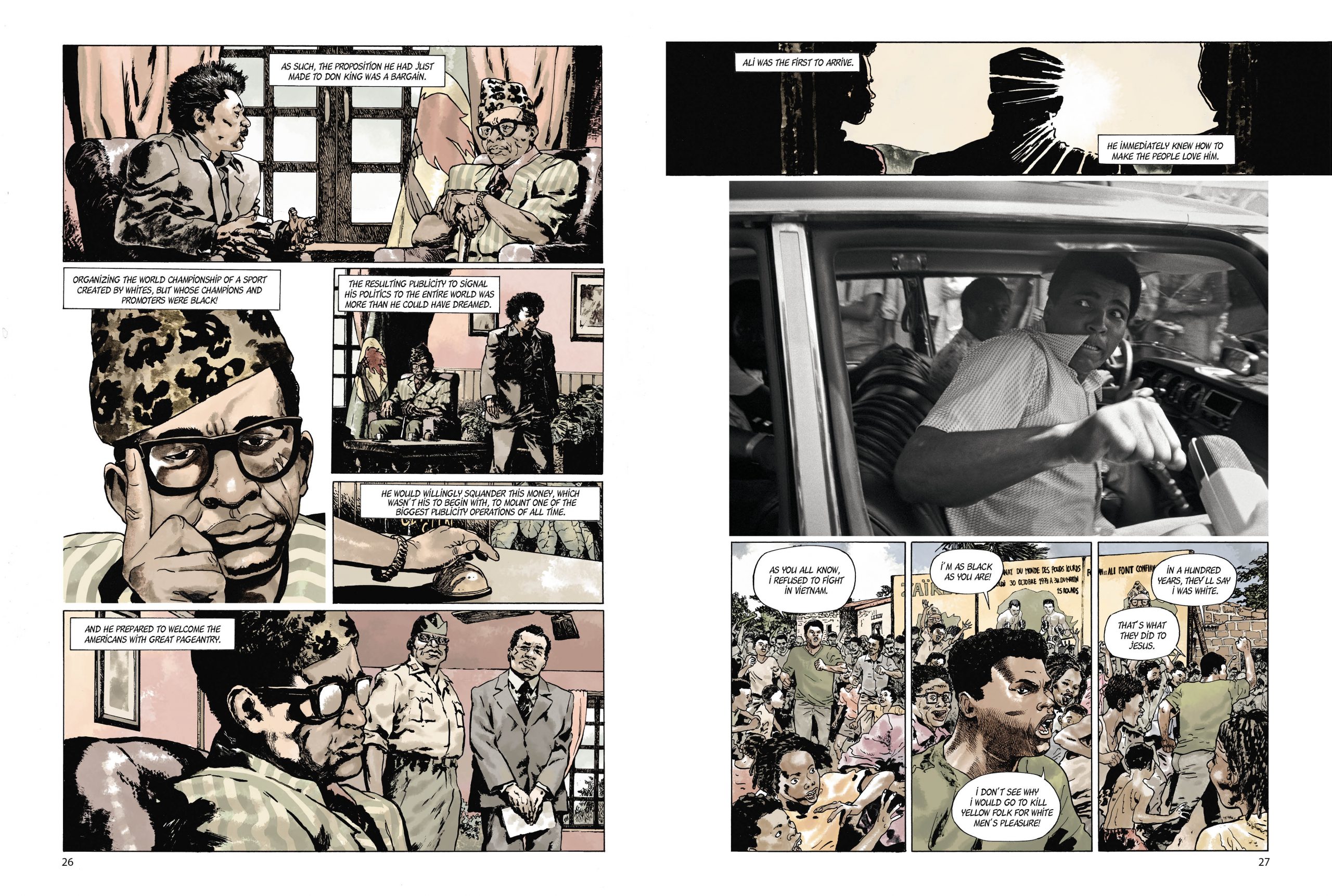 Morvan also explained the book isn’t just about the fight, but that he also hopes to tell about the state of the world at the time.

He elaborated, “What interested me was that, through the paths of the main characters of this book, we could tell the state of the world at that time.”

“This comic is much more than the story of the match. And this is often the case in big sport stories. The narrative scope goes beyond the strict framework of a match or a performance,” he added.

He also notes that the book will feature Abbas’ own personal anecdotes referencing an orange juice anecdote, “I won’t give it away here, but it’s a very funny moment in the story.”

Morvan added, “These really are the kind of personal anecdotes of photographers that make the story unique and avoid repeating the same story over and over again.”