A new rumor claims that Marvel Studios and Disney will recast Mockingbird for their upcoming Hawkeye show on Disney Plus.

The rumor comes from FandomWire who claim that not only will Mockingbird appear in the upcoming series, but the character will not be played by Agents of S.H.I.E.L.D. actress Adrianne Palicki, who previously portrayed the character before exiting the show at the end of Season 3. 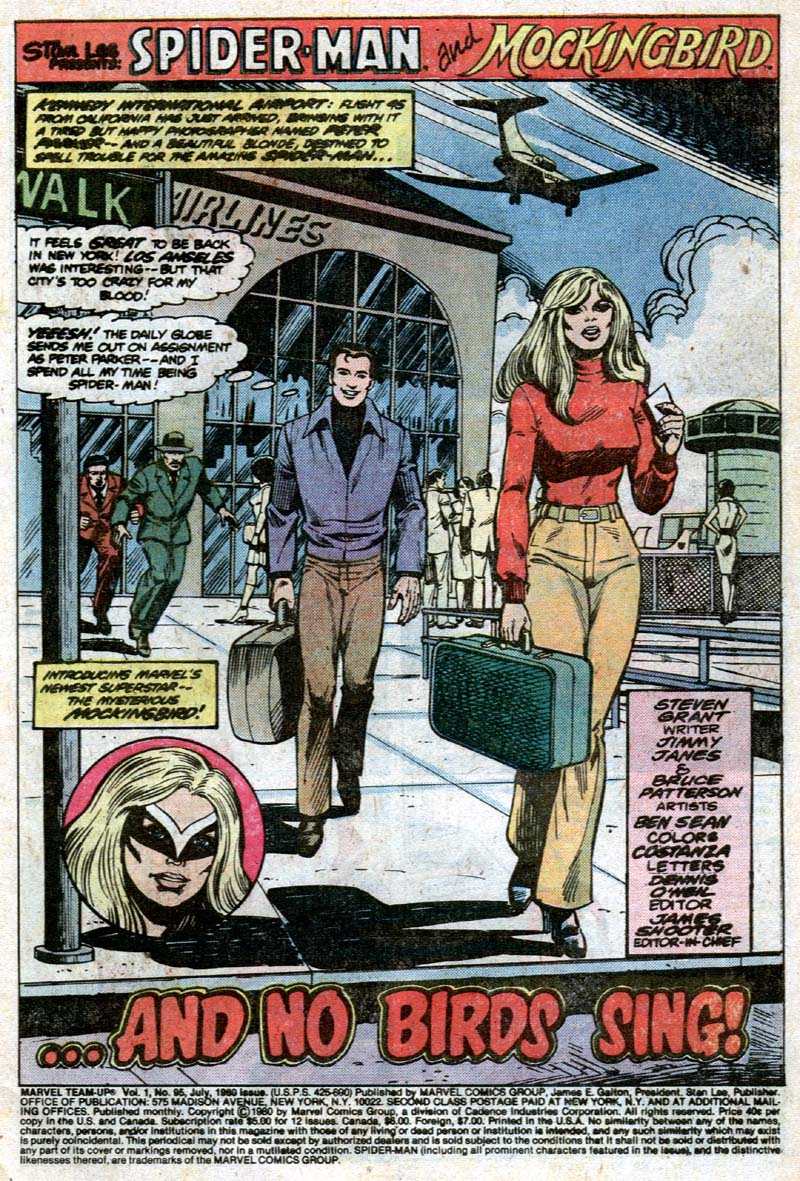 FandomWire’s Devin Colson writes, “We at FandomWire can exclusively reveal that Mockingbird will play a role in the upcoming Disney+ series, Hawkeye!”

“Now before you celebrate, Adrianne Palicki will not be coming back to play the character,” Colson added.

Mockingbird or Dr. Barbara “Bobbi” Morse was created by Len Wein and Neal Adams. The character made her first appearance as Dr. Barbara Morse in Astonishing Tales #12 back in 1971.

In that appearance it is revealed she’s engaged to Dr. Paul Allen and they are both working for the U.S. government in order to obtain “a certain bio-chemical breakthrough.” 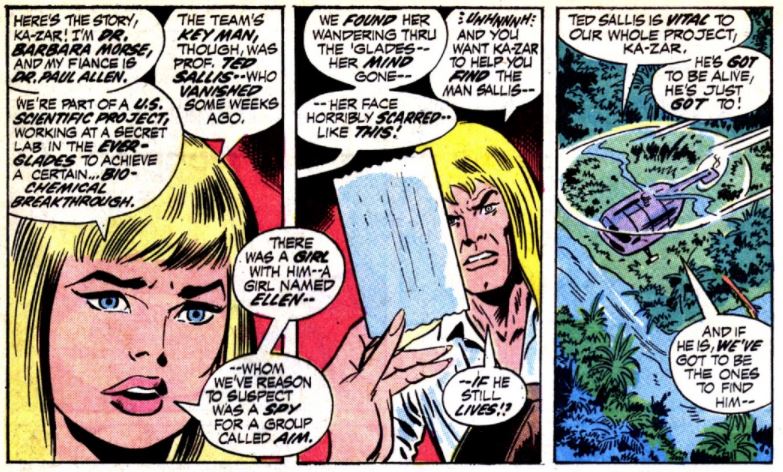 However, in subsequent issues, it would be revealed Morse was actually ordered to engage in a relationship with Allen and she would quickly suspect him of being an agent of A.I.M.

By Astonishing Tales #19, Morse is going by the codename of Agent 19 and it is revealed that she’s been trained by S.H.I.E.L.D. to become a spy. 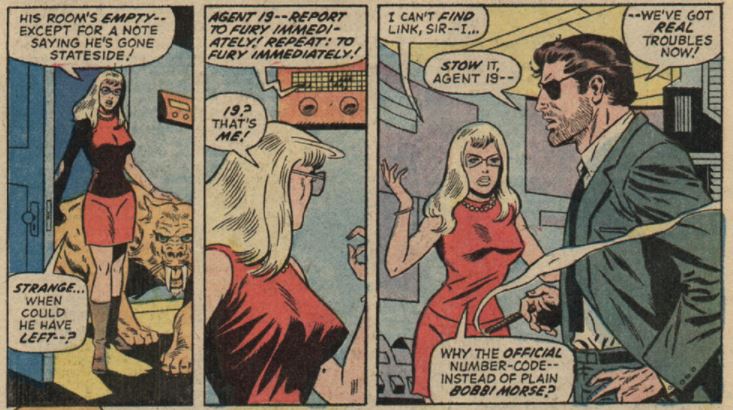 Not only does that issue reveal she’s a trained S.H.I.E.L.D. spy, but the biochemical project she was working on was actually an attempt to replicate the Super Soldier Serum that created Captain America. 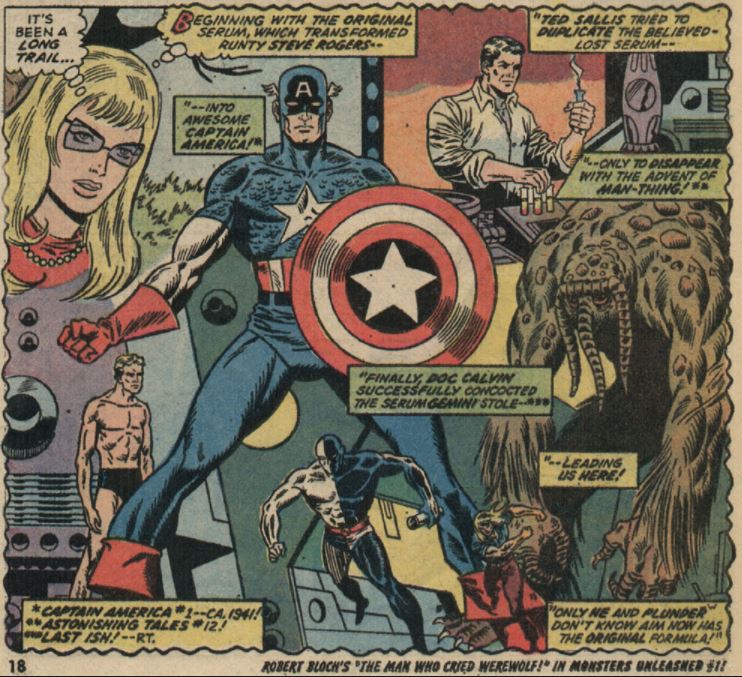 She would eventually take on the Mockingbird moniker in Marvel Team-Up #95. 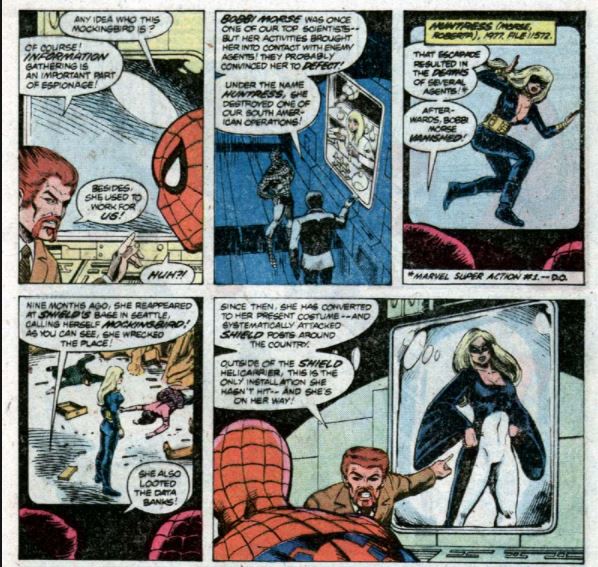 However, before taking on the Mockingbird alias she went by Huntress as seen in Marvel Super Action #1. 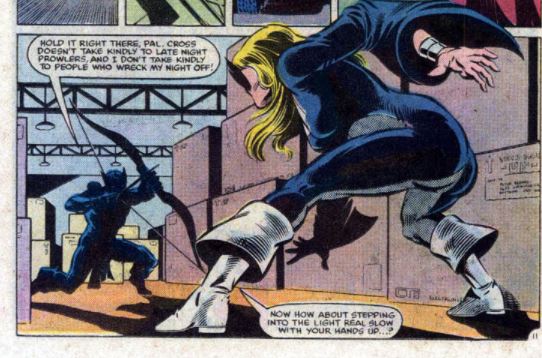 In their first encounter, Mockingbird would eventually defeat Hawkeye, but due to the intervention of the night shift, he would be able to apprehend her. 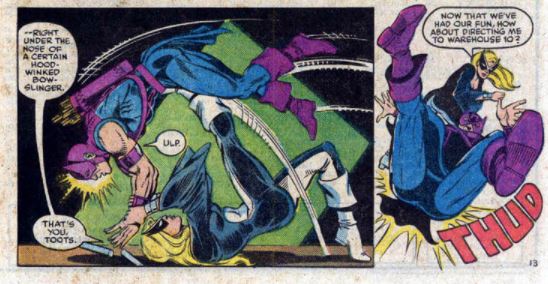 They both would eventually be kidnapped by the villain Crossfire, who attempted to get the two to kill each other.

His plans would be foiled as both Hawkeye and Mockingbird would be able to defeat him, but not before Hawkeye suffered hearing damage.

Following the defeat of Crossfire, Hawkeye and Mockingbird would elope. 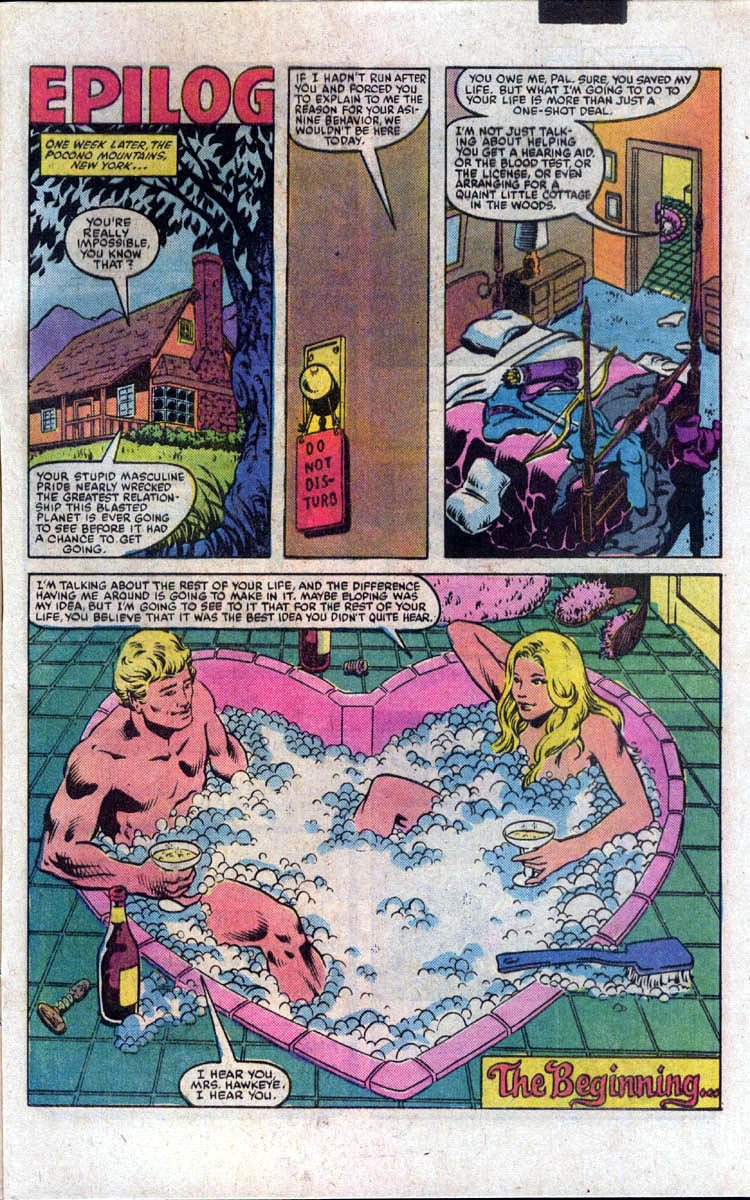 Hawkeye would eventually become the leader of the West Coast Avengers with Mockingbird joining him.

After a number of various adventures involving Kang the Conqueror, and facing off against villains such as Goliath, Maelstrom, and Doctor Demonicus, and even a rogue Vision, they would discover a team calling themselves the the Great Lakes Avengers.

The two would decide to take the young team under their wing and began training them as a crime fighting unit. 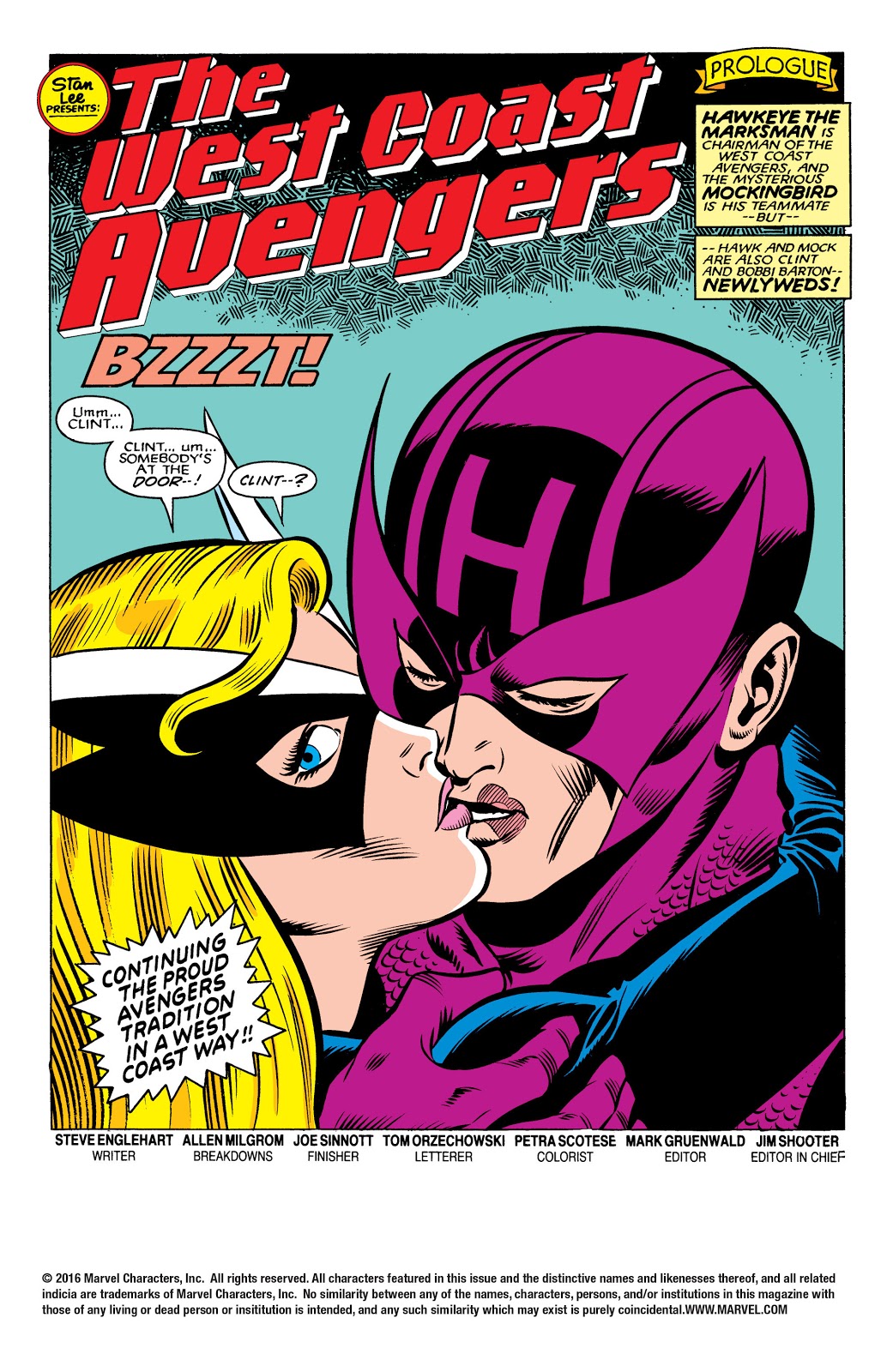 However, during their adventures with the Great Lakes Avengers, Mockingbird would be kidnapped and subsequently drugged by the Phantom Rider that would make her fall in love with him.

Instead of saving him and pulling him back up, Mockingbird allows him to fall to his death. 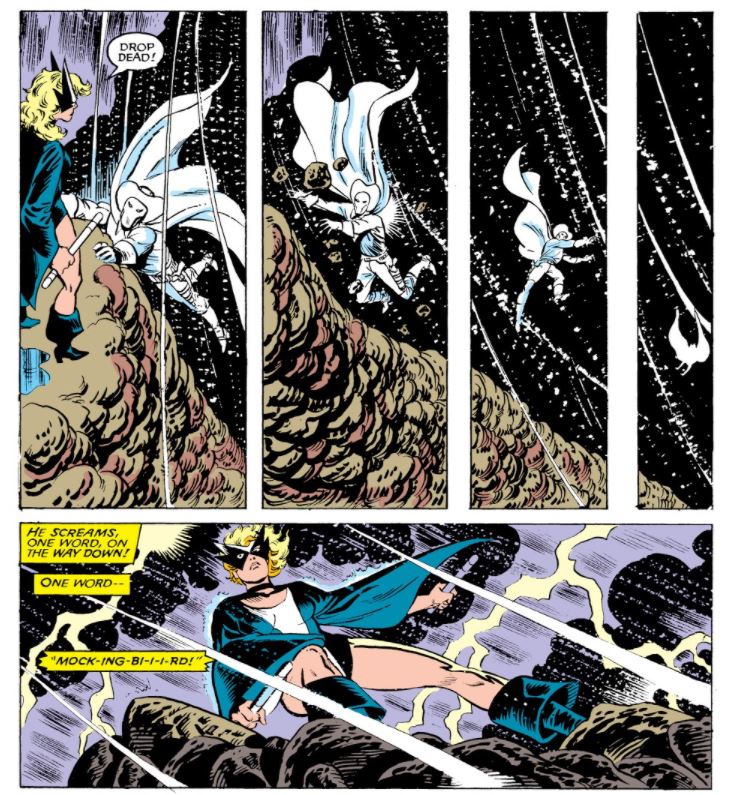 This decision would lead to the breakup of Mockingbird’s marriage with Hawkeye. Hawkeye would take issue with Mockingbird’s decision believing her decision to allow him to fall to his death was equivalent to killing him and Avengers don’t kill.

The disagreement would eventually lead to a heated argument where both of them declared they wanted to divorce each other. 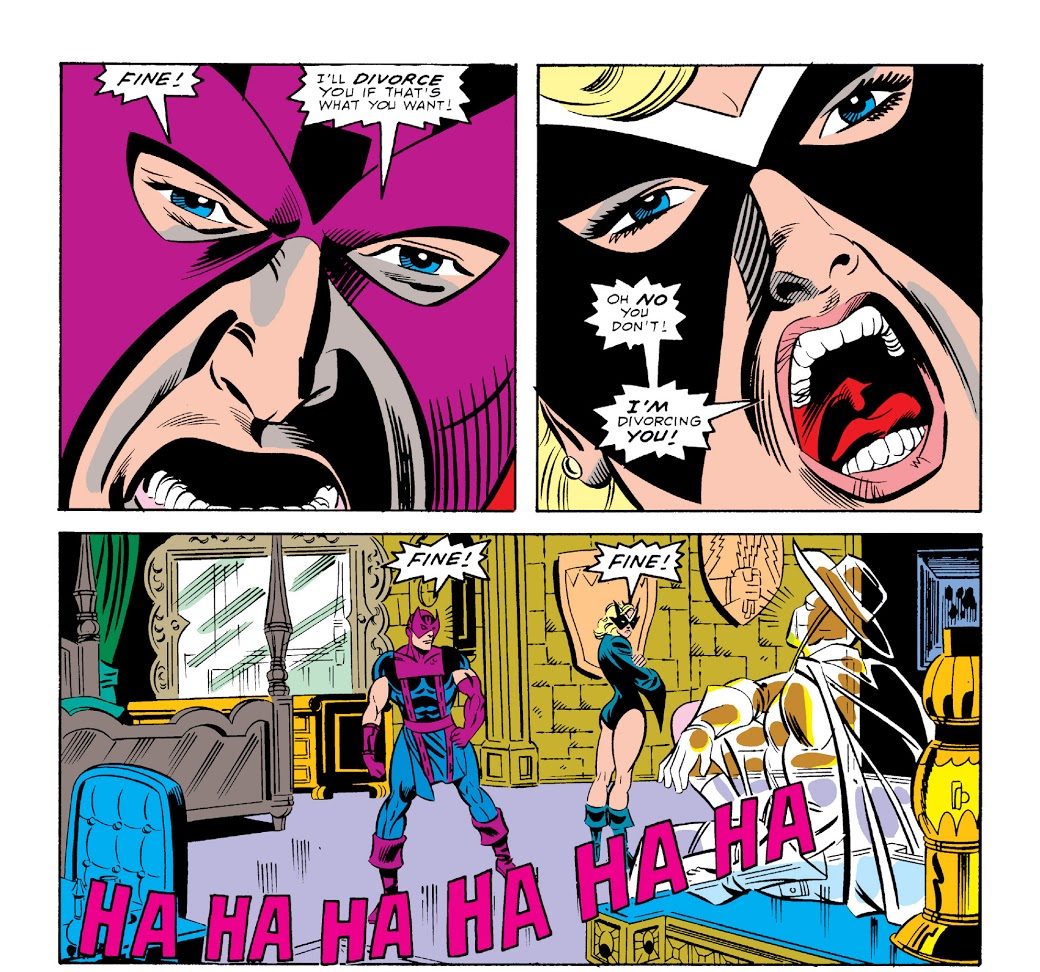 If this rumor is to be believed, it’ll be interesting to see how they work Mockingbird into the series given Hawkeye is happily married with multiple children in the Marvel Cinematic Universe.

Obviously, they could introduce Mockingbird as an ex of Hawkeye’s that could create confrontation between him and his family. There are a number of other options as well including bringing her back to her comic book origins as an Agent of S.H.I.E.L.D. and working closely with Nick Fury.

Another possible option could be to see her as a vigilante that Hawkeye comes into confrontation similar to how the two ran into each other in the comic books.