Previously, Yen Press revealed they had acquired the license for King of Eden back in June 2019 and that an omnibus print version was slated for a December 2019 release. 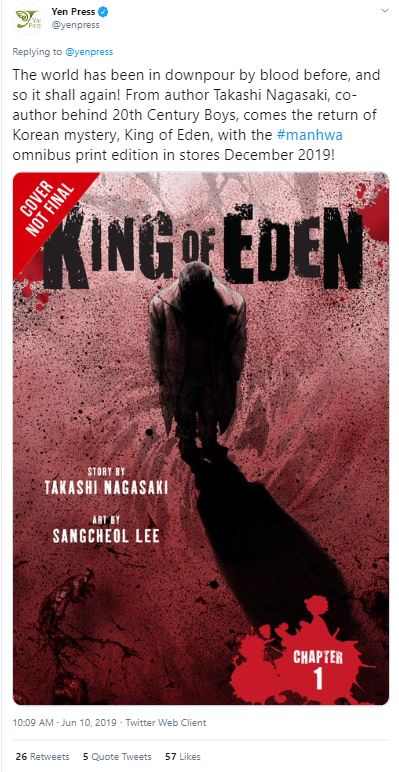 Then in July of this year, they revealed they would be publishing the King of Eden Vol. 1 and revealed the cover for the first volume. 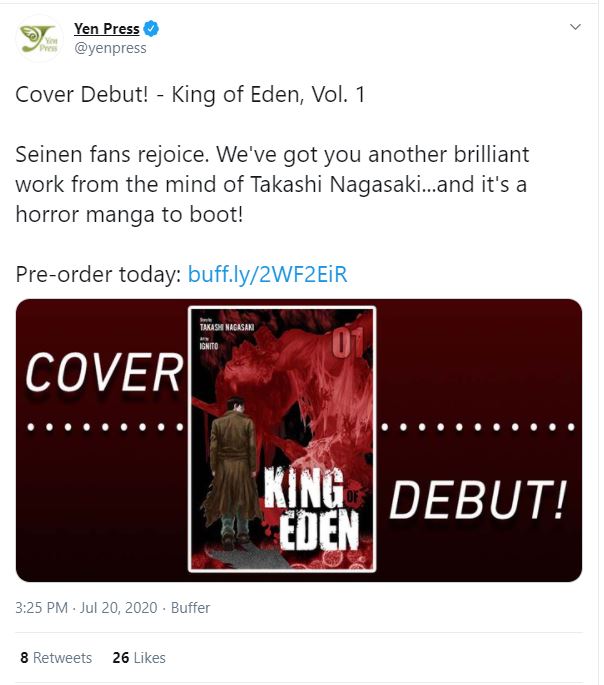 Now, with the first volume on sale, Yen Press revealed a full description for the manga series. 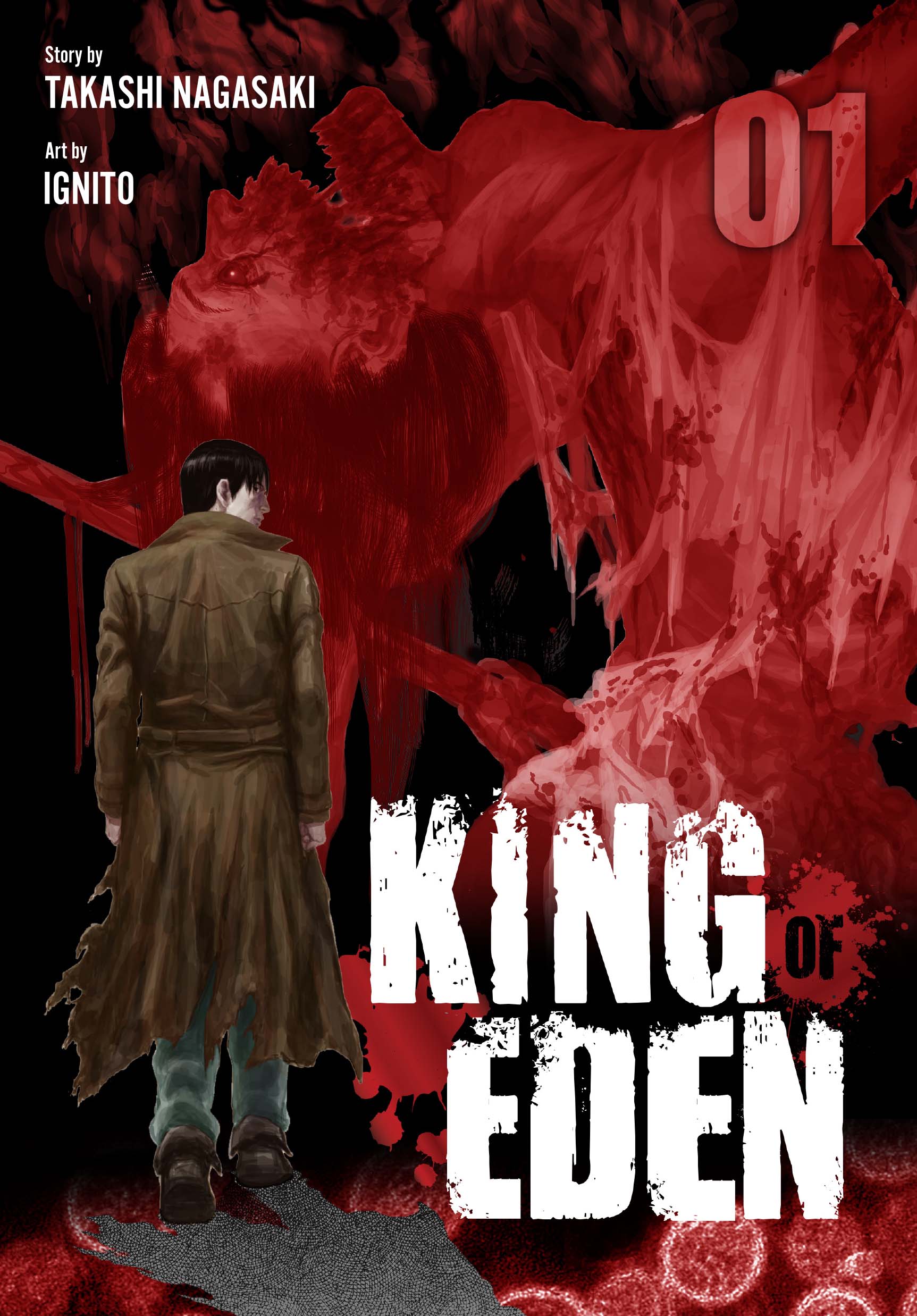 It begins, “Entire villages are going up in flames across the globe, with the same man left standing at the scene every time. Meanwhile, rumors abound of a highly contagious virus where those infected fly into a blind rage, killing anything and everything that crosses their path.”

The description concludes, “As the death toll rises, agencies from nations around the world get together, looking for answers-How are these incidents connected? Who is that man? And most importantly…can the massacres be stopped before humanity is doomed?”

King of Eden Vol. 1 is currently on sale now and retails for $24.00. It is available to purchase on AAA Anime, Amazon, Barnes & Noble, Books-A-Million, Indigo, Indiebound, and RightStuf.