Tasya Voz (Andrea Riseborough) works for a covert organization where her consciousness is implanted through the brain in others in order to occupy their body and execute assassinations.

It’s implied that Tasya is burnt out; seemingly pulling several jobs back-to-back. Her work has kept her distanced from her family and while she’s separated from her husband Michael (Rossif Sutherland) and son Ira (Gage Graham-Arbuthnot), Tasya still loves them dearly and wants to see them whenever possible.

Tasya works for Girder (Jennifer Jason Leigh), who considers Tasya as her best agent. With one of her biggest jobs ahead of her, Tasya is overcome with constant flashes of her previous job, bloody desires, and violent memories. Now trapped within the body of Colin Tate (Christopher Tate), her current target, Tasya struggles to hold onto her own identity as her very existence begins to intertwine with Colin’s. 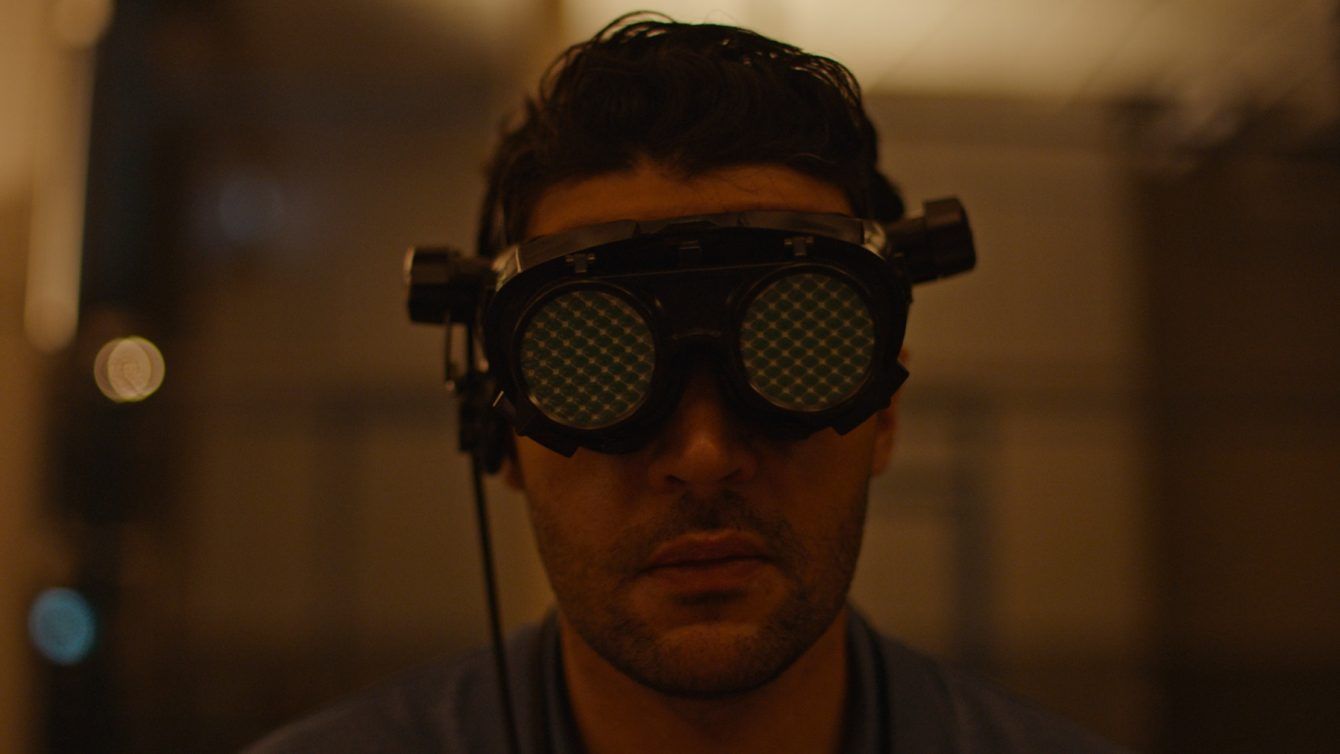 Brandon’s dad, David Cronenberg, was once the king of body horror. Now that he’s seemingly retired, it’s as if a reigning father has passed that fear inducing excellence to his son. Possessor combines a compelling storyline with terrifying visuals. That body melting transition when Tasya first interfaces with Colin is extraordinary in a nightmarish sense.

The implantation works with what looks like an aux port near the back of the skull. This is brilliantly showcased in the opening of the film as we see a hostess named Holly (Gabrielle Graham) plugging in around the braids in her hair. The plug is used to not only implant one’s consciousness into another, but also to recalibrate the agent’s emotions.

According to the film’s rules, recalibration must be done once every 24 hours. Each job only lasts five days as the implant dissolves after that period of time.

When an agent returns from a job, they have to illustrate that they’re ready to re-enter society. This is done via a memory box and an evaluation. The box contains items from the agent’s past that they must explain upon return.

It also illustrates that their own personal memories are still intact. Going into a job, the agent researches its subject via surveillance while memorizing mannerisms and speech patterns. Suicide, specifically a gunshot to the brain, is the get out of jail free card. This action severs the connection between host and intruder and destroys the evidence that the organization was ever there. 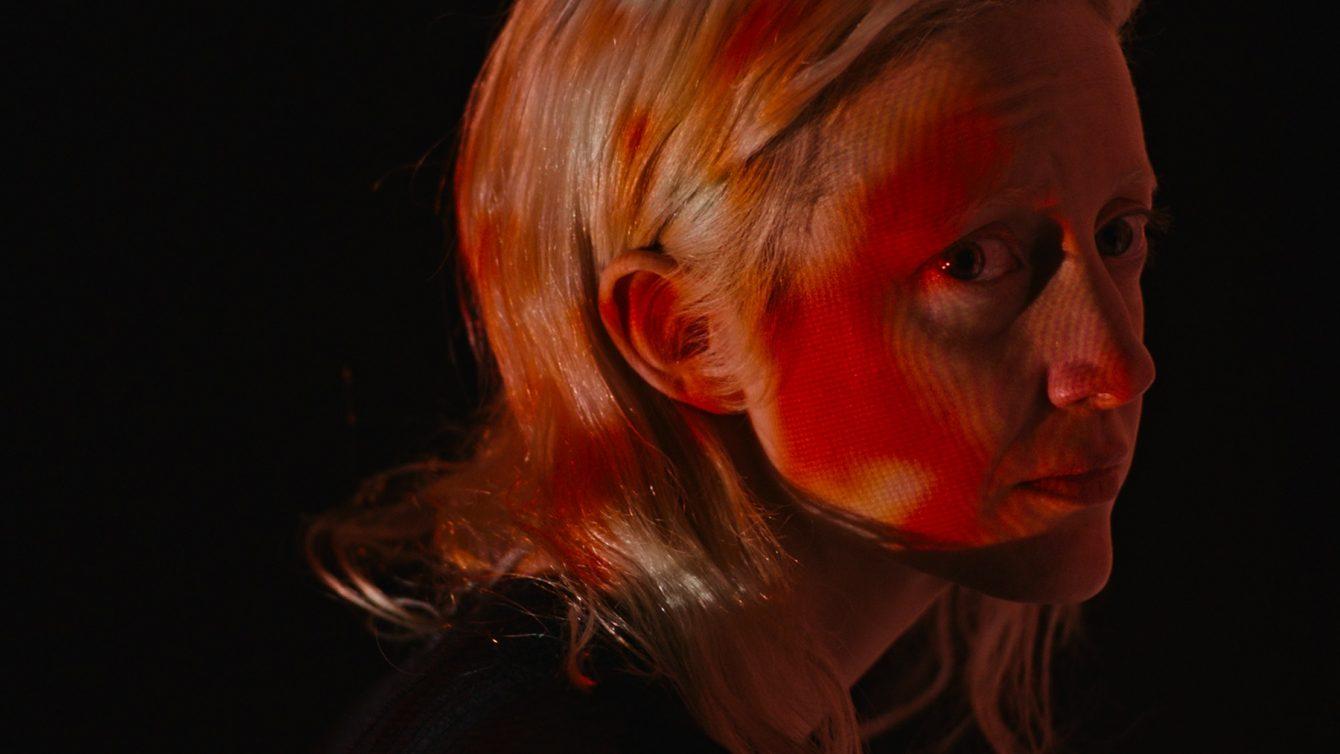 The film toys with what’s occurring within Tasya and Colin’s head and what’s actually taking place in reality. The film’s “uncut” presentation likely comes down to its sex scenes. There is a ton of sequences featuring full frontal male and female nudity and even one particular sequence that defies sexual definition and orientation since it’s a representation of what Taysa and Colin are simultaneously experiencing.

Possessor is also unapologetically violent and bloody with people getting stabbed dozens of times and a man having his teeth broken and his eyeball gouged out with a fireplace poker. One of the intriguing aspects of Possessor is how Tasya cuts an apple before she eats it. She cuts off a small slice with a knife without slicing the rest of the apple and brings the hand that’s still holding the knife to her mouth to eat said slice. It’s something Tasya does once she’s inside Colin in order to represent that she’s in control at that specific moment in the film.

Brandon Cronenberg’s return to sci-fi horror after an eight year absence is disturbing and memorable for its ability to not only warp reality and one’s very DNA, but also the way the film blurs horror with something realistically fantastical. Through its surreal visuals, Possessor is able to portray a loss of self. Tasya seems to have bitten off more than she can chew, but she’s too stubborn to admit it. She has a work ethic and a commitment to her job that outshines even her loved ones. 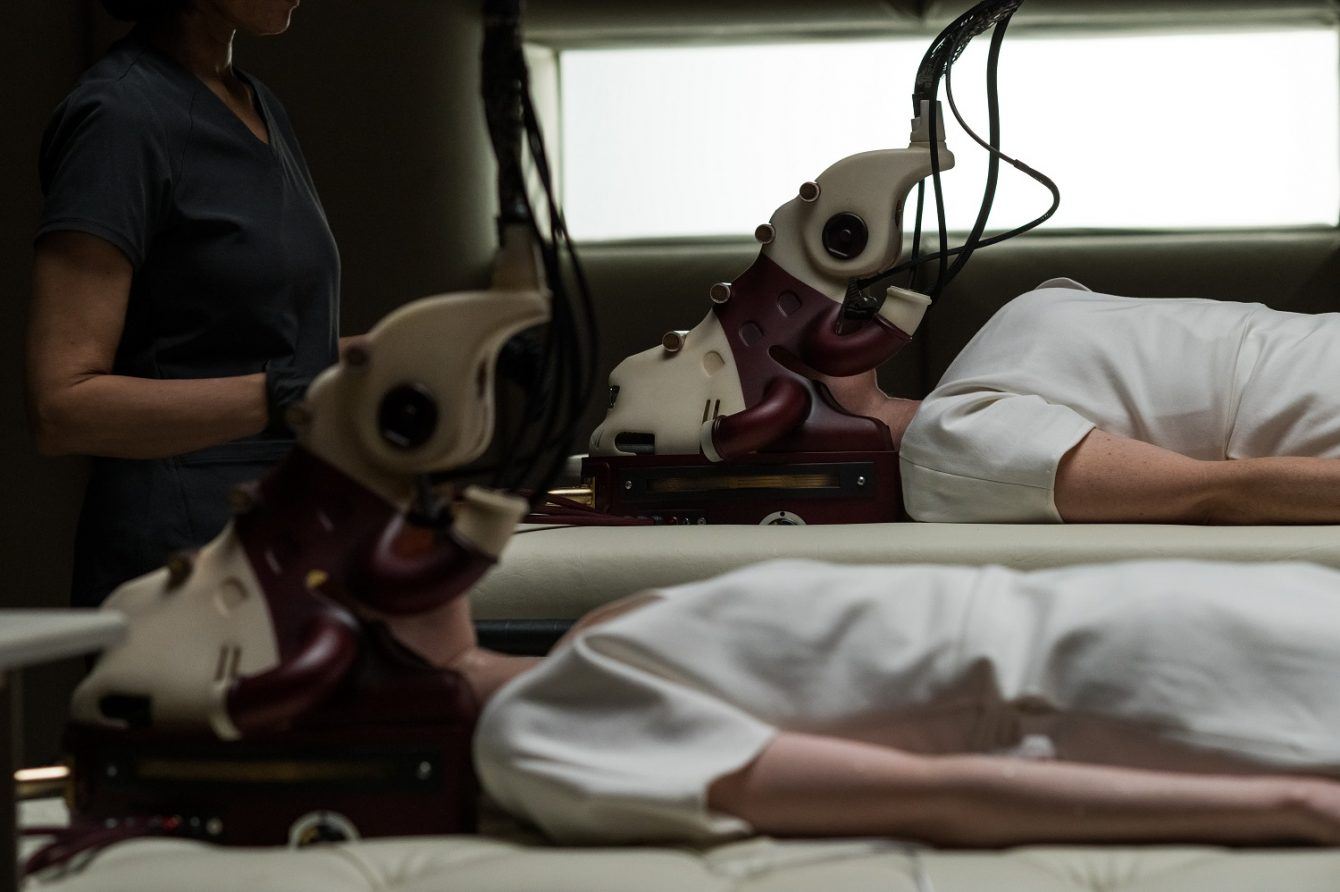 This is a film that is weird without diving headfirst into the outrageously bizarre. The screenplay is simple without anything ever feeling overly complicated.

Everything isn’t explained, but the storyline isn’t difficult to follow. Possessor is easier to follow and feels more realistic and more believable because of this.

Brandon has found a way to pay tribute to his father without downright copying his work. This is the proper way to do homage; expanding your own idea out of something that’s already been established.

Possessor takes a simple hitman concept and adds a sci-fi body horror twist to it. The film is an unraveling of the mind that vigorously rips its on-screen characters from reality layer by layer. Brandon Cronenberg has created a vividly surreal horror film that titillates as often as it terrifies.

Possessor is now playing in select theaters and drive-ins.