Madeleine Roux, the author of the official Blizzard World of Warcraft Novel ‘Shadows Rising,’ has met fan concerns over her recently rediscovered history of anti-white, anti-male tweets with mockery and dismissal. 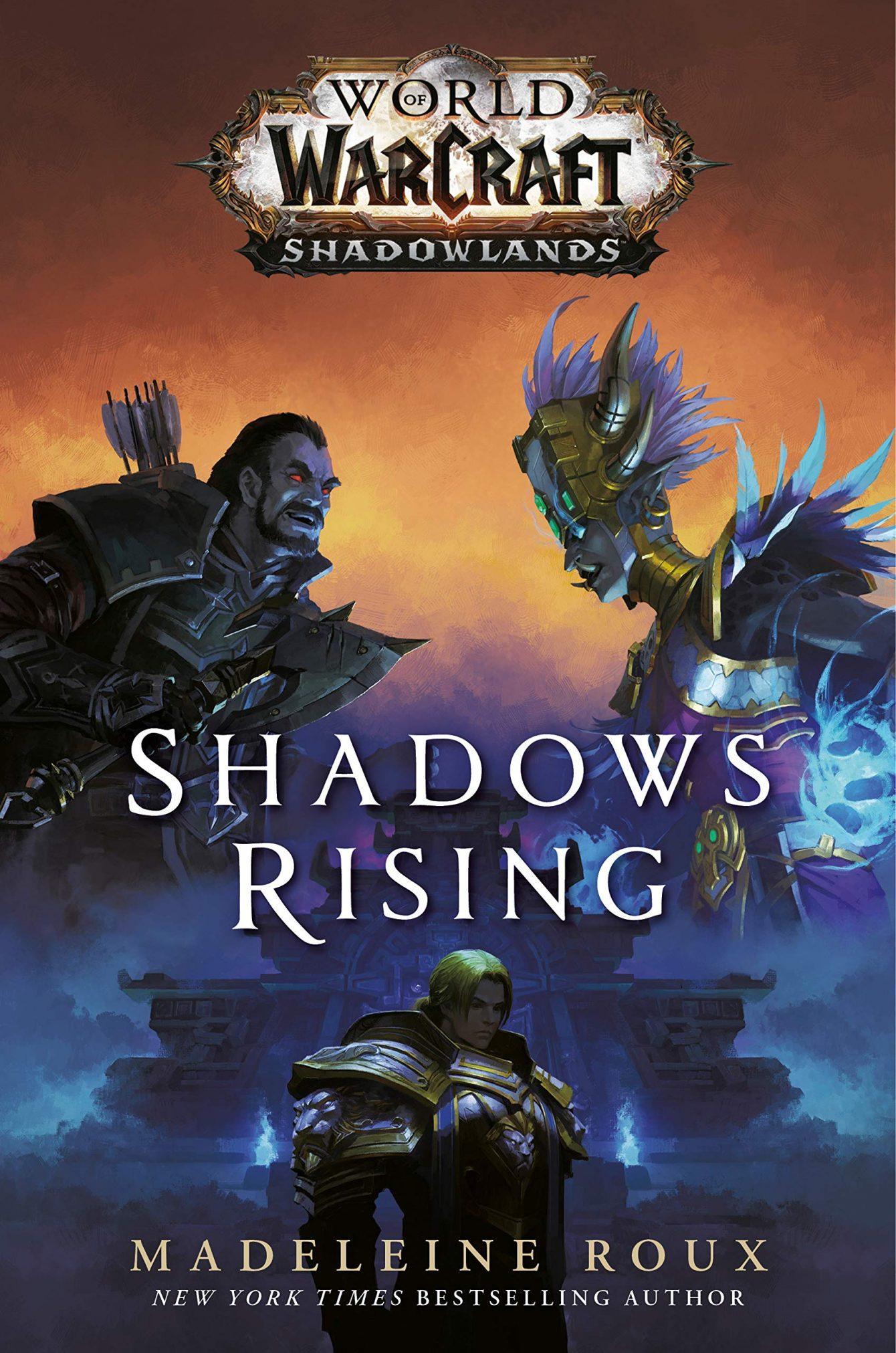 On September 29th, a user on the popular World of Warcraft forum MMO Champion opened a new thread titled “WoW Novel writer Madeleine Roux has a pretty interesting Twitter history”, wherein they shared a collage that featured several hateful tweets that Roux has made since 2016.

The tweets, which were originally posted between 2016 and August 2020, are filled with anti-white male rhetoric, such as an order from Roux telling “white men” to “get your f—ing shit in order”. 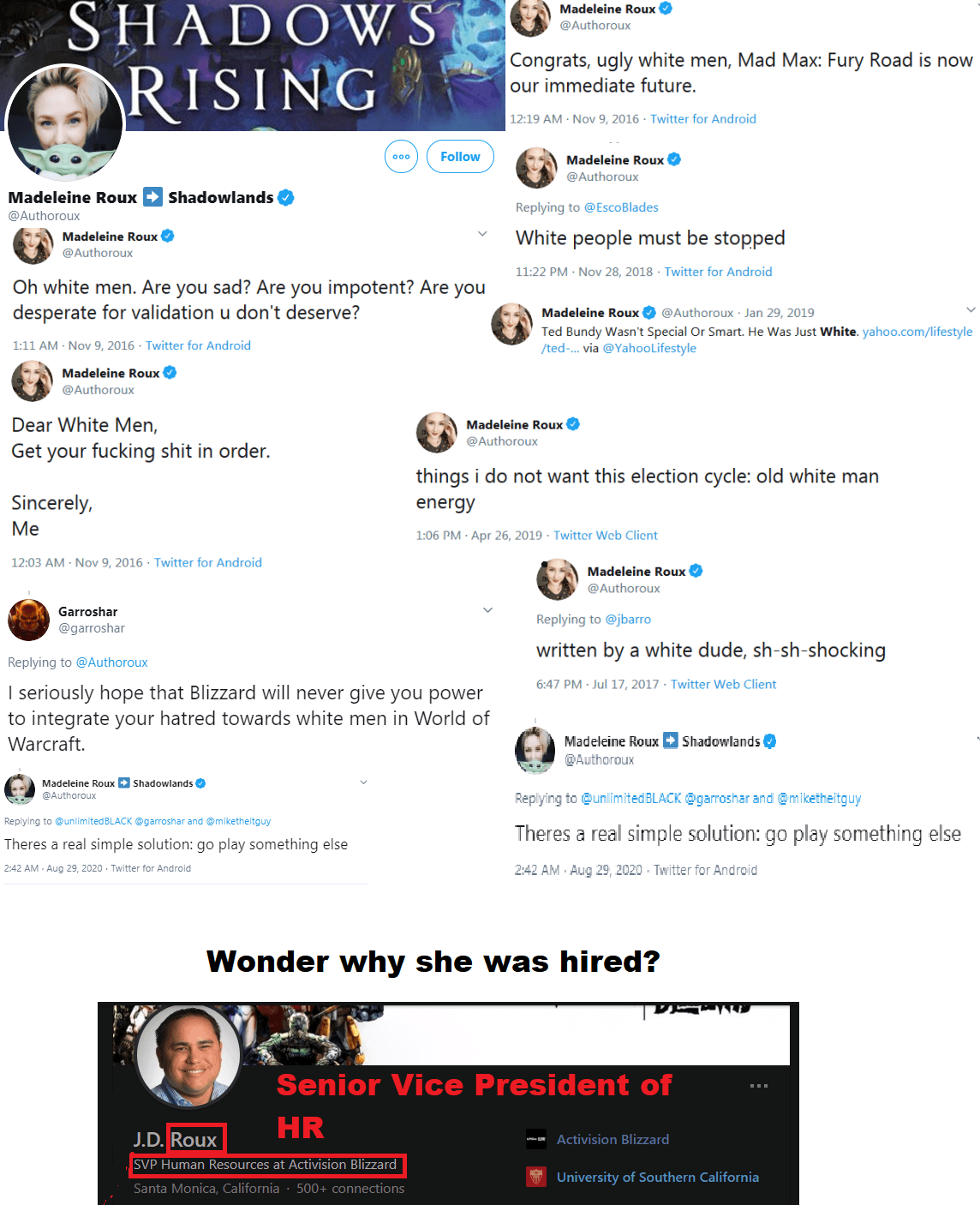 Though the collage claims that Roux was hired by Blizzard due to her relation to Activision Blizzard Senior Vice President of Human Resource J.D. Roux, this appears to be nothing more than conjecture on the part of the original poster, as there appears to be no connection between the two employees aside from a coincidental last name. 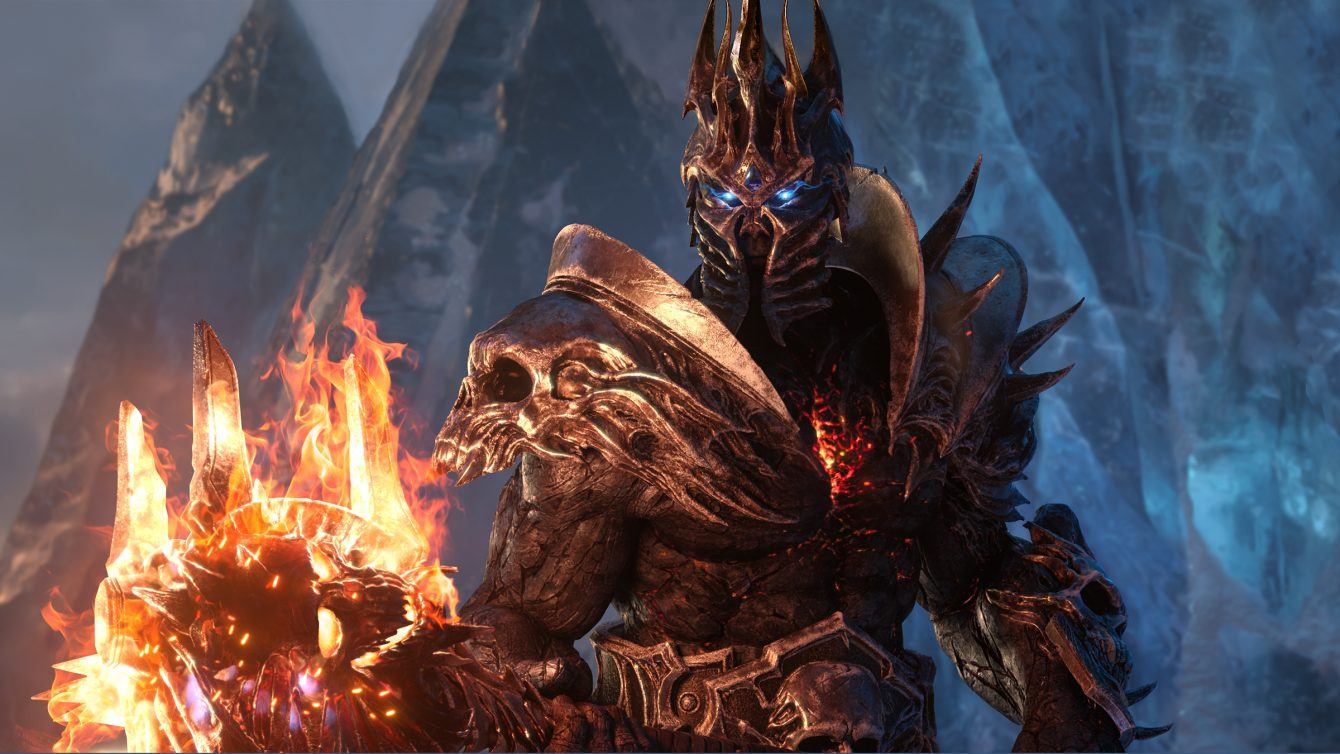 As fan outrage towards her racist and sexist tweets began to build, Roux eventually took notice of the image in question and sarcastically pushed back against the aforementioned connection to J.D. Roux.

Roux responded to a tweet from Bungie Test Team Lead Taylor Bennet who wrote, “TIL I am maddie’s wife AND husband! Reading that today made me cackle with diabolical joy,“

Roux added, “TIL my dad who doesn’t know what Warcraft is and lives in Minnesota works at Blizzard!”

When asked by a fan how these items came up “in conversation,” Roux dismissively described the backlash against her as “some chuds are on the saddest investigation of my life because blizzard hiring me hurt their feefees.” 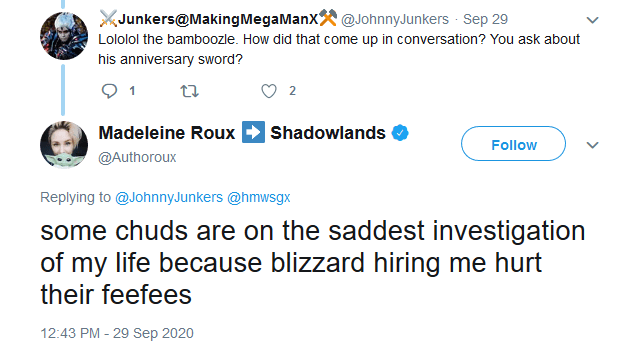 Roux would then claim that the tweets were “photoshopped” and argued that her critics “never imbed [sic] them because they don’t exist.” 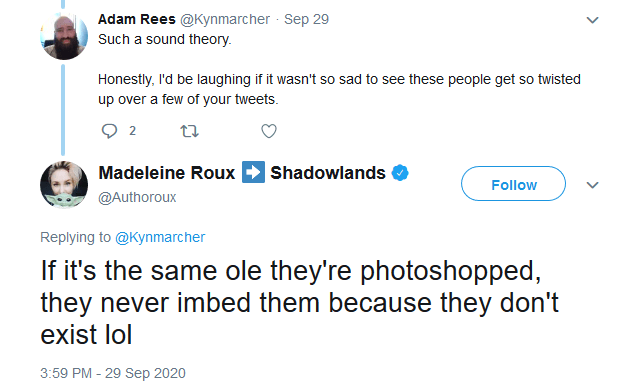 Unfortunately for Roux, this does not appear to be the case.

Roux failed to delete the tweets in question prior to her claim that they were fake, and as such, every single tweet featured in the collage was archived on October 2nd.

Since these tweets resurfaced, many fans have taken to Twitter to express their outrage directly to Blizzard and the World of Warcraft team.

“Does @Blizzard_Ent and @Warcraft approve of Madeleine Roux’s behavior?” asked @SquareLukester. “This is literally disgraceful and you shouldn’t hire vile and hateful people like her.” 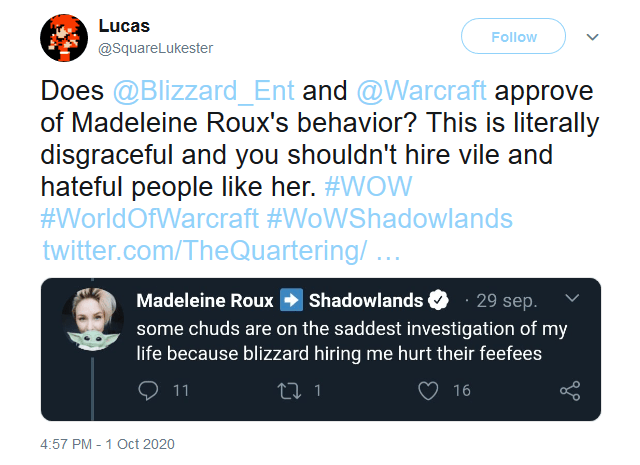 User @21Zman found that it was no surprise that “WOW has gone to shit when they have ppl like Madeleine Roux working on it.”

@TrueMetalNinja asked if Activision Blizzard was “against sexism and racism,” as “judging from the public comments posted by Madeleine Roux that is clearly not the case.”

As of writing, Blizzard has not publicly commented on Roux’s comments.

What do you make of Roux’s comments? Let us know your thoughts on social media or in the comments down below.