The official Gundam website revealed a brand new Metal Build for the Crossbone Gundam X-1 that was originally featured in the Mobile Suit Crossbone Gundam manga series as well as the Gundam Build Fighters anime series. 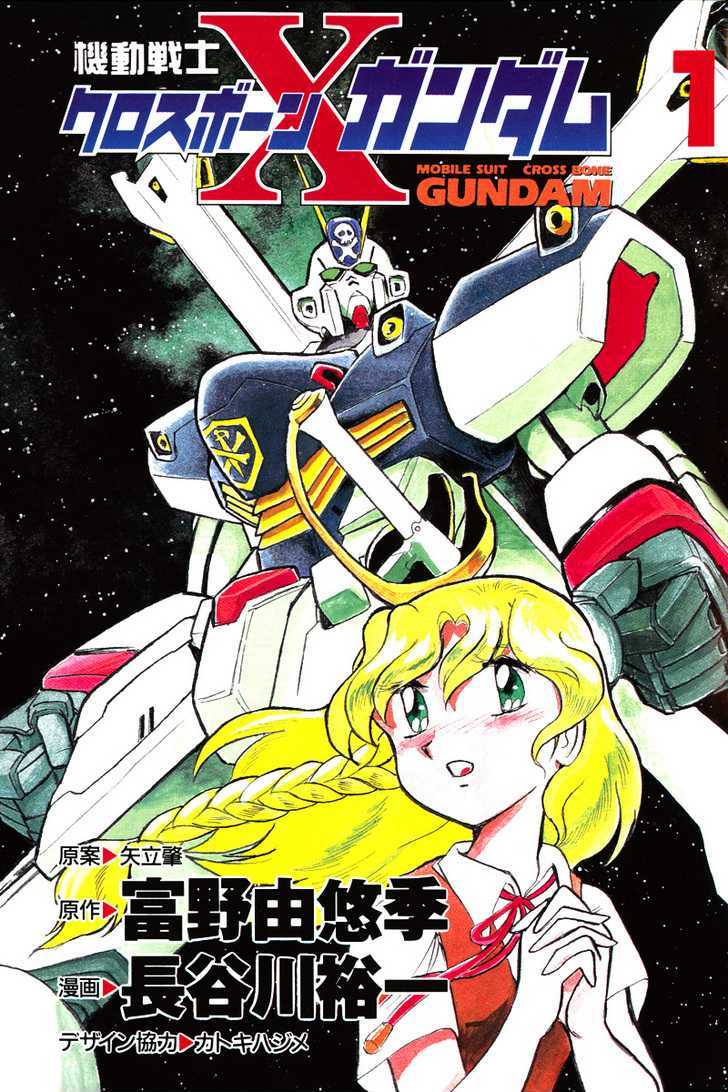 In the manga, the original Crossbone Gundam is piloted by Seabook Arno under the name of Kincade Nau or Kinkedo Nau. He has revived the Crossbone Vanguard and wages a guerilla campaign against the forces of the Jupiter Empire and their attempts to conquer Earth. 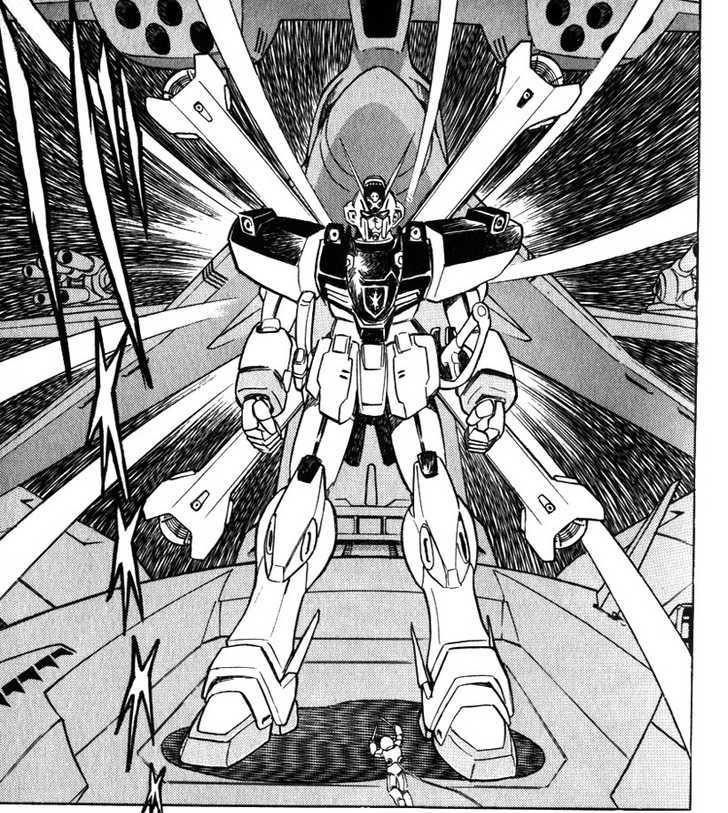 The Gundam eventually undergoes an upgrade. Following a battle with the Jupiter Empire’s Death Gale Squadron, the Gundam is severely damaged. However, the Crossbone Vanguard is able to be repaired and upgraded into the XM-X1 Crossbone Gundam X-1 Kai.

The upgrade mainly consists of the addition of a screw whip stored in the rear skirt armor that are specifically designed to counter the EMS-VSX1 Quavarze’s snake hands. In order to add the screw whip, they also had to remove the scissor anchors. 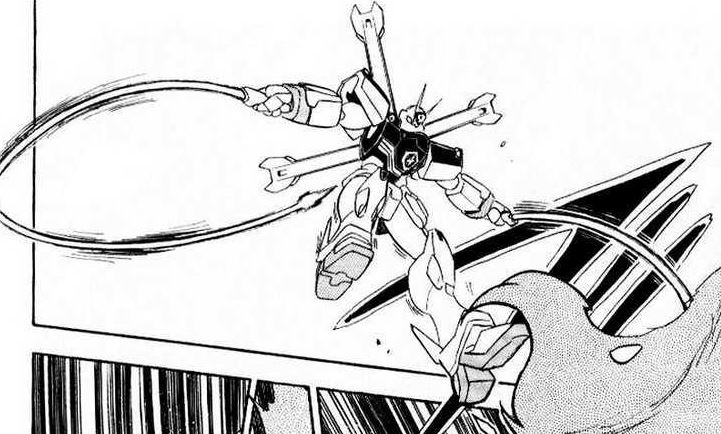 The Gundam would then be passed onto Nau’s mentee Tobia Arronax after his XM-X3 Crossbone Gundam X-3 was destroyed in battle with Crux Dogatie. The XM-X1 Crossbone Gundam X-1 Kai was modified into the X-1 Kai Kai “Skull Heart.” Like the X-3 it would feature a skull and crossbones on its chest.

It would also be equipped with the Peacock Smasher, a crossbow-shaped beam weapon with 9 mounted guns. 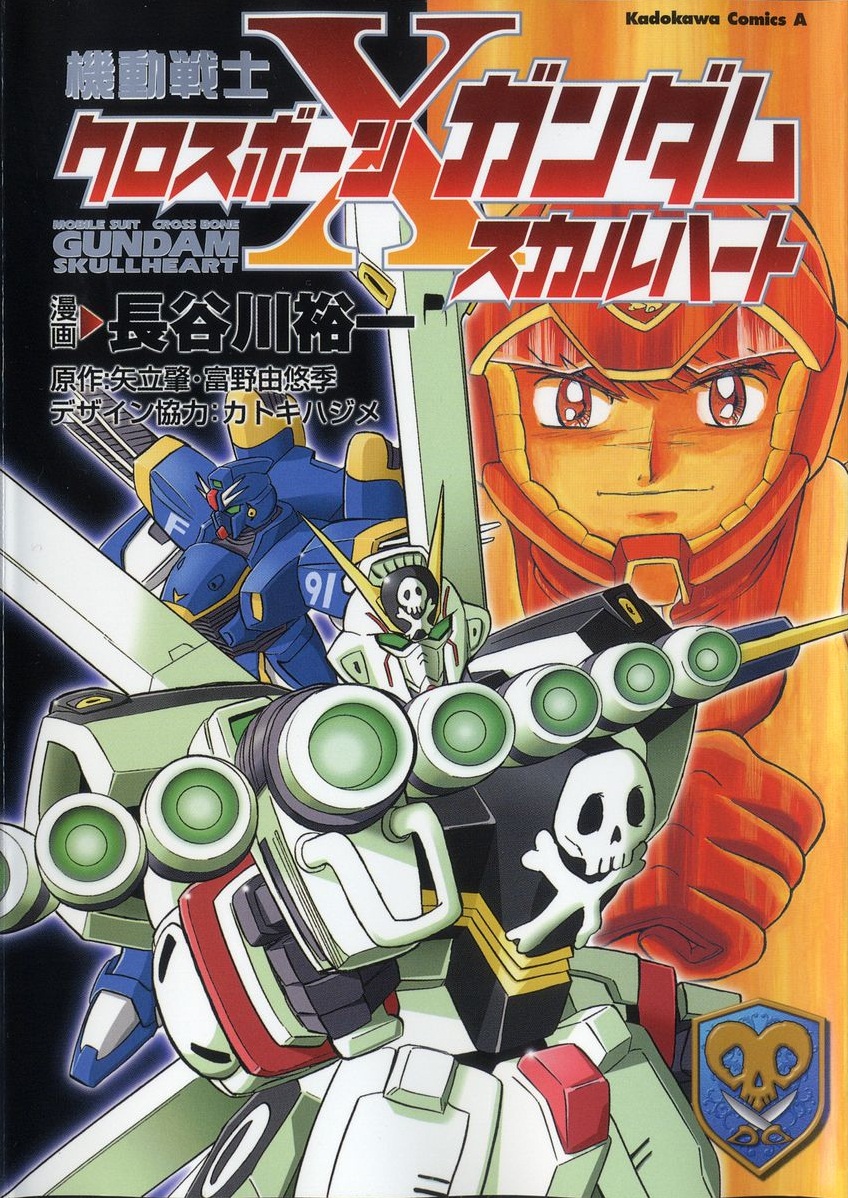 While the suit was primarily piloted by Tobia Arronax, it would also be piloted by Bernadette Briett. 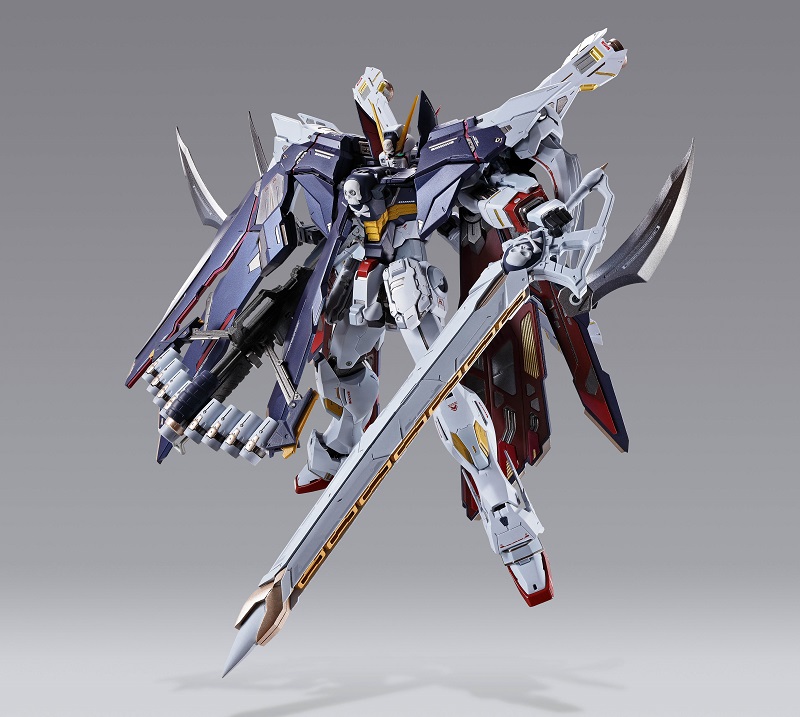 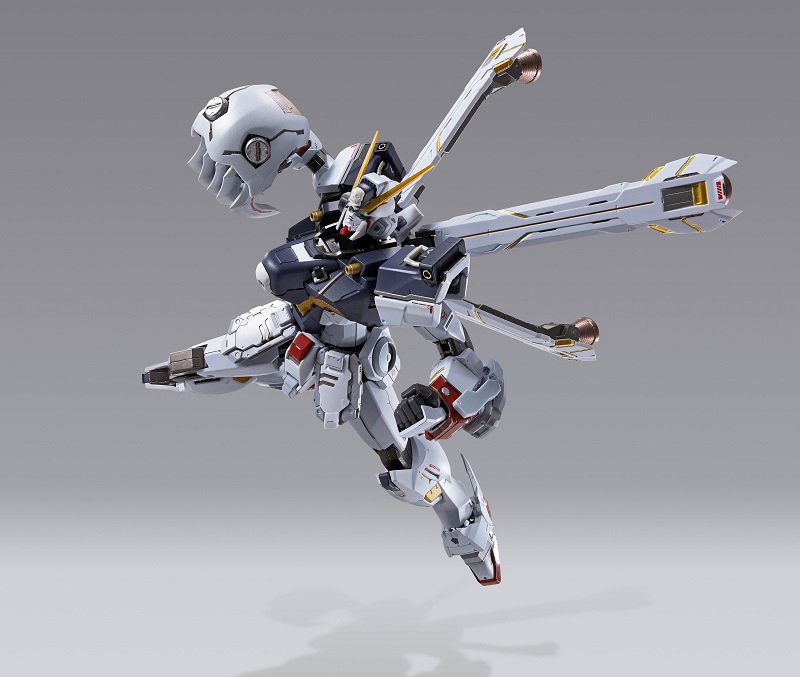 Here’s the official explanation from Sunrise:

“The third Mobile Suit Crossbone Gundam comic, based on a story by Yoshiyuki Tomino and illustrated by Yuichi Hasegawa. Set in U.C. 0136, the Crossbone Vanguard, led by Tovia, battles to stop the Jupiter Empire’s “Thunder of God” plan: a space colony modified into a massive long-range laser cannon capable of hitting Earth from Jupiter’s orbit. The only ones capable of stopping it are the Steel Seven of Tovia and his comrades. The final battle approaches, and the fate of the Earth hangs in the balance! From the ‘Mobile Suit Crossbone Gundam: Steel Seven’ Exhibition.” 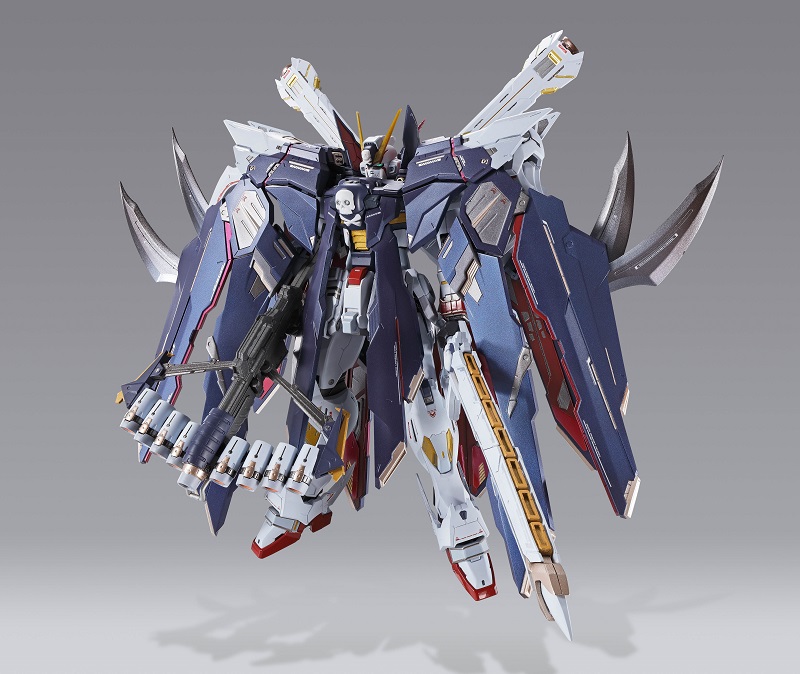 The Full Cloth Unit features composite armor that “enables both elasticity and explosive acceleration, and can move flexibly in various places.” In fact the Full Cloth unit is “extensively modified with parts from the X3.” 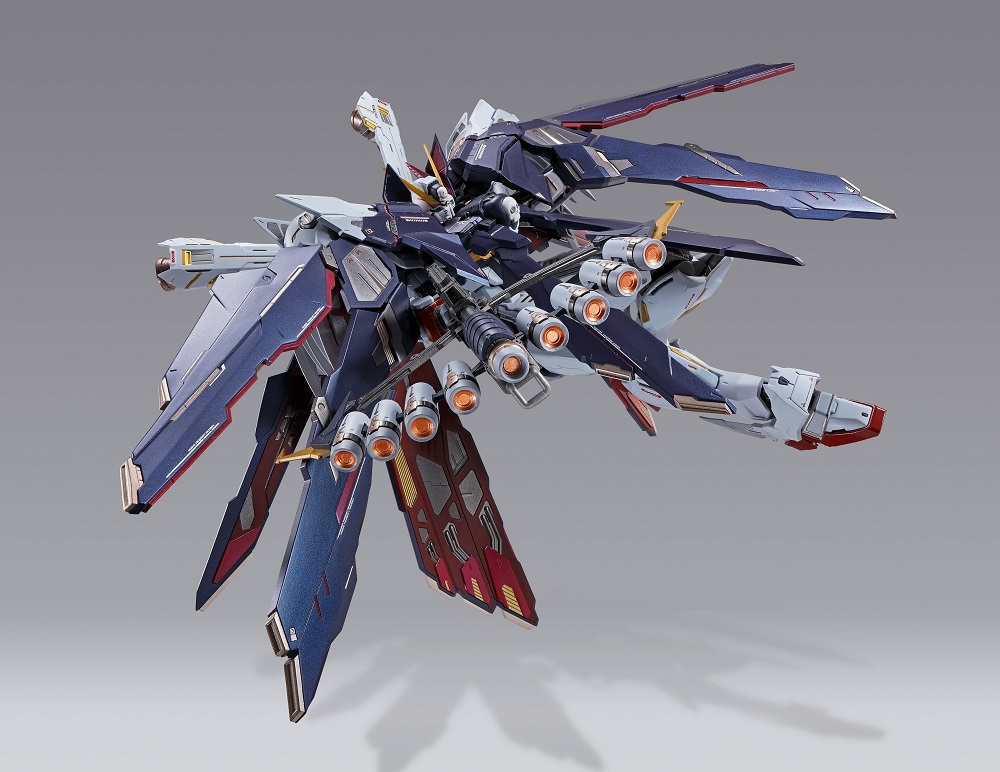 Not only is the Crossbone Gundam highly mobile, but the Metal Build allows the Gundam to purge each part in order to recreate multiple scenes from the manga. 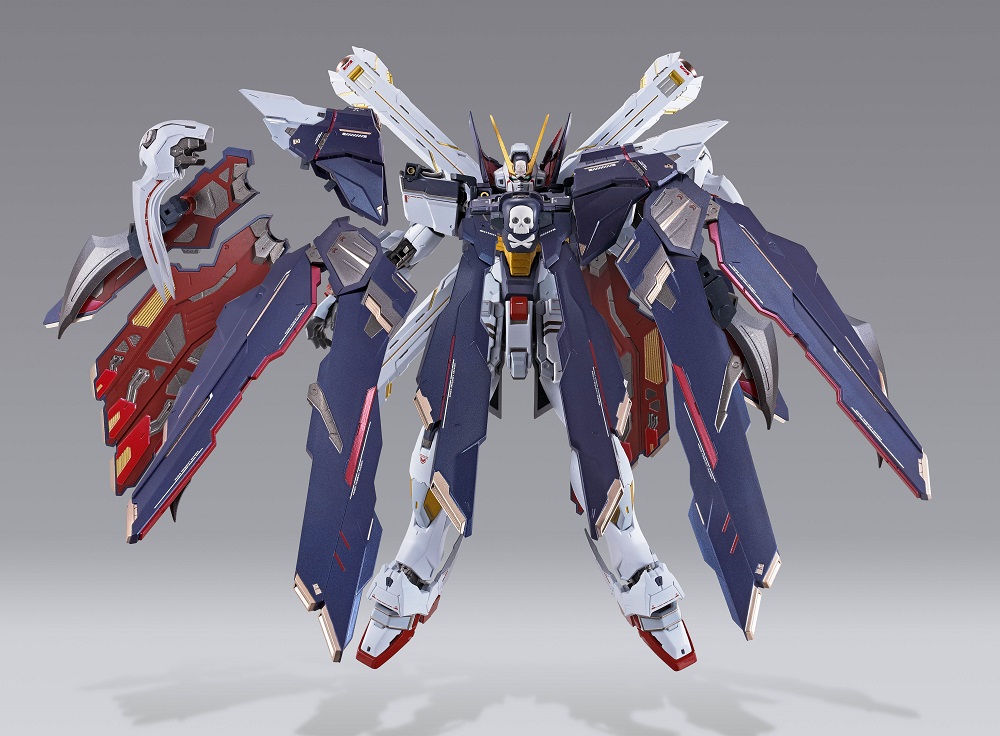 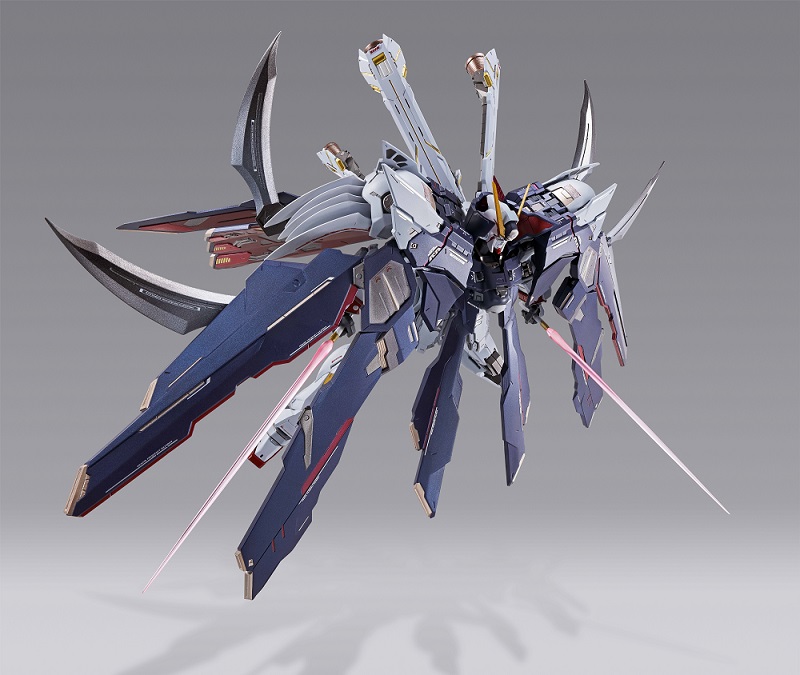 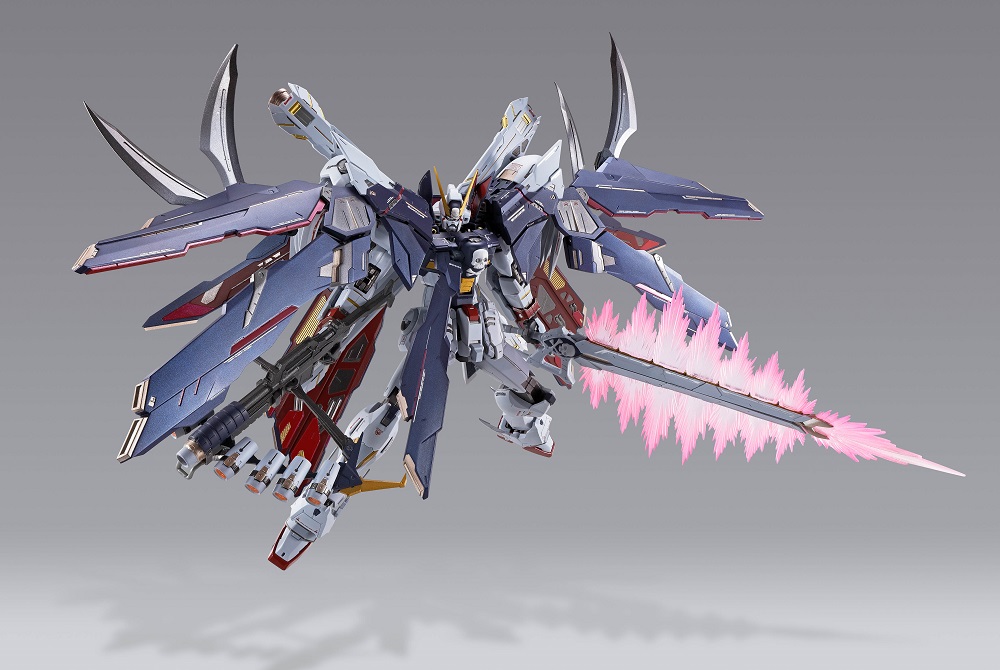 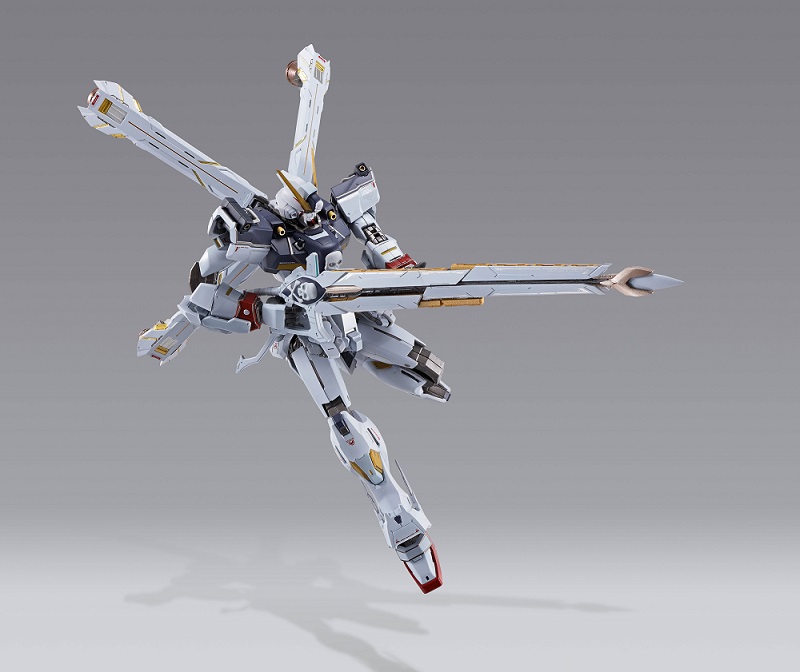 The Metal Build is based off of manga artist Yuichi Hasegawa’s design. The construction of the design was directed by Yoichi Sakamoto. The design coordinator is Koma. The color coordinater is Hiroshi Hirose. And finally the model designer is Masahiro Ishikawa. 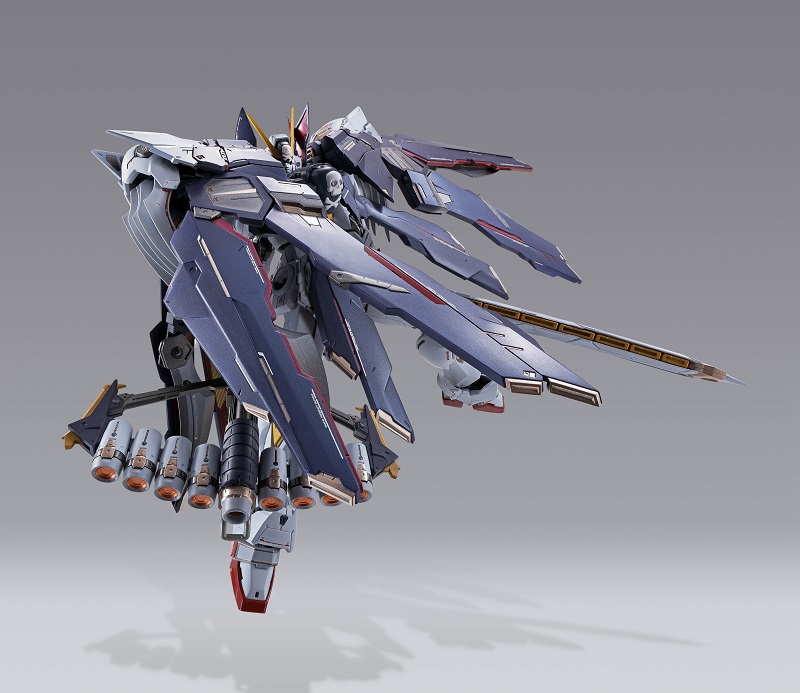 The unit is retailing for $320.00 and can be purchased via Premium Bandai.

What do you make of this new Metal Build For The Crossbone Gundam X-1 Full Cloth?