Artist SpavVy depicted Pokemon Sword’s Bea doing a standing split as she looks to defend the Stow-on-Side Pokemon Gym from any challengers. 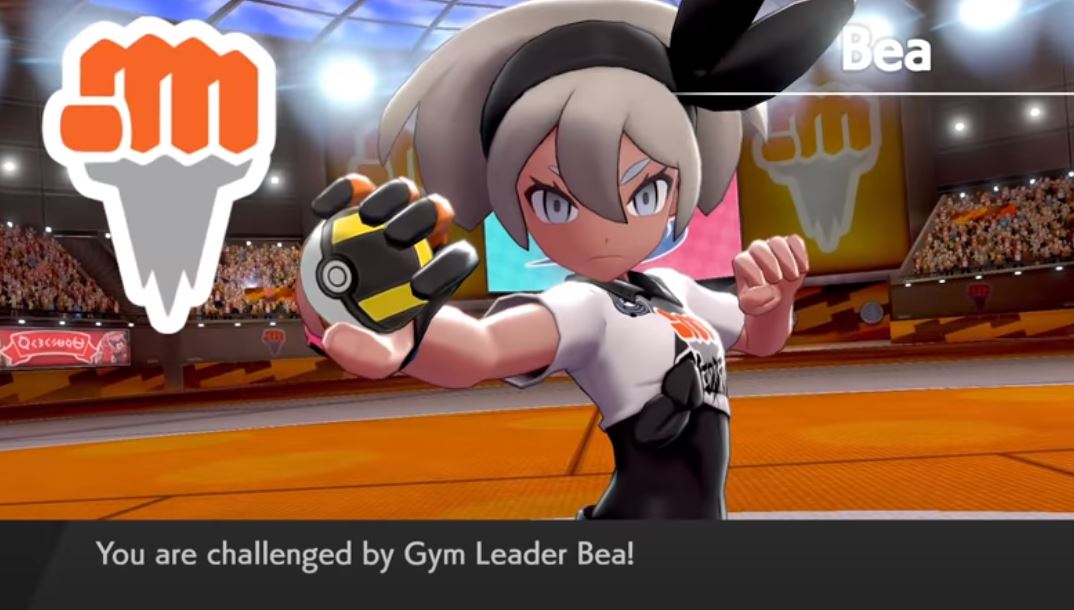 For those unfamiliar with Bea, she is the Stow-on-Side Pokemon Gym’s leader, who specializes in training fighting Pokemon.

Players first encounter Bea when they challenge the Stow-on-Side Gym and have to face her ferocious Machamp that she will Gigantamax. In Machamp’s Gigantamax form, the Pokemon will use G-Max Chi Strike. 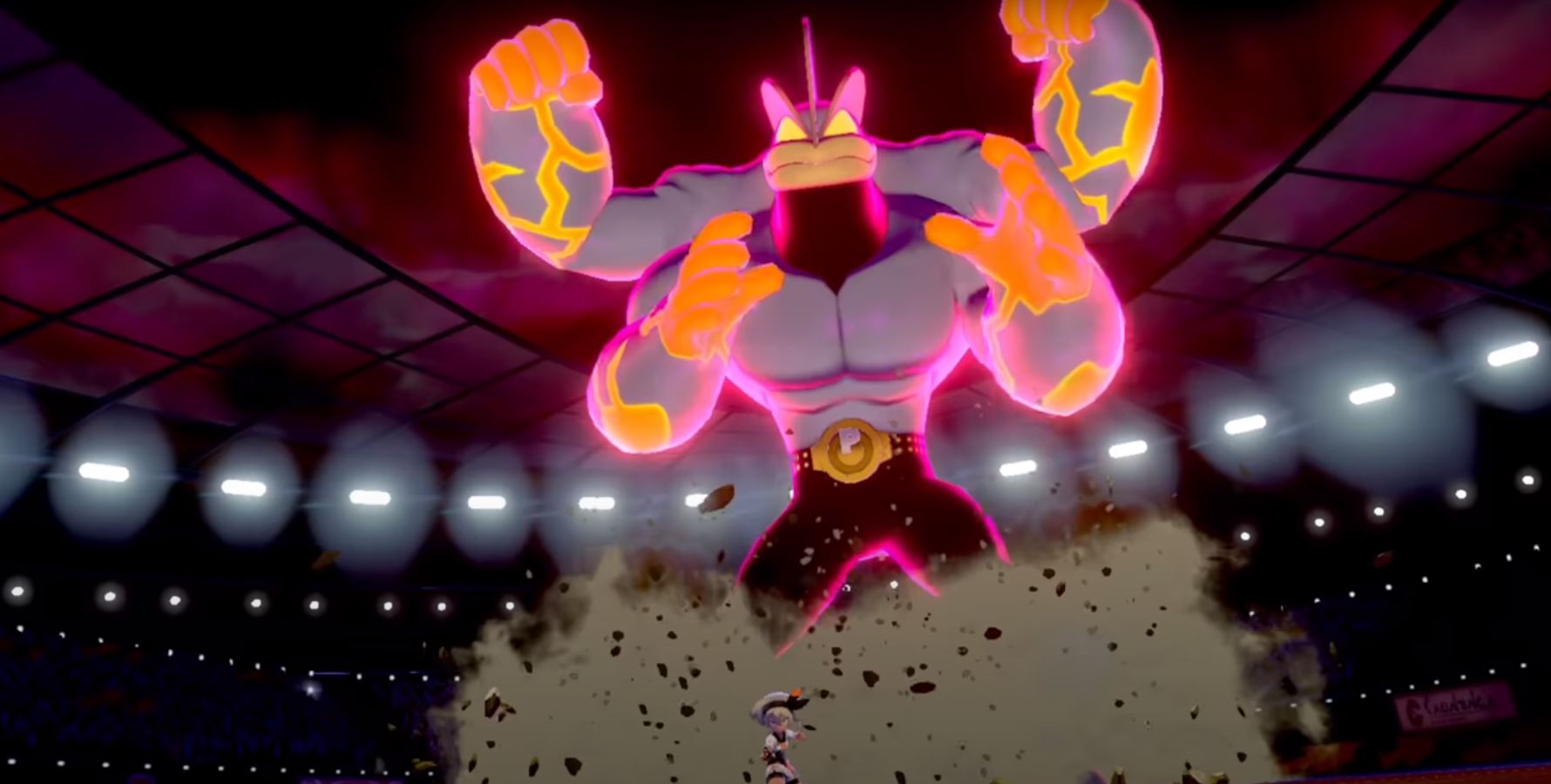 Not only will players have to face a Gigantamax Machamp, but Bea also deploys Hitmontop, Pangoro, and Sirfetch’d during the gym battle.

When Bea does send out her Pokemon she pitches them into the battlefield like a softball player. 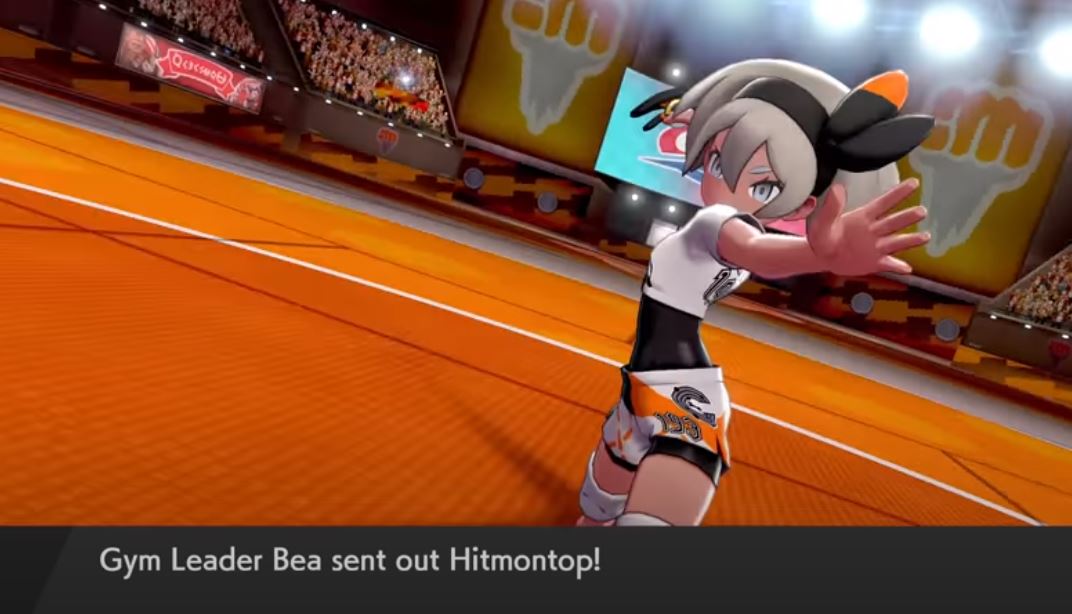 Upon defeating Bea, players will receive her League Card that provides a bit more background on the character. 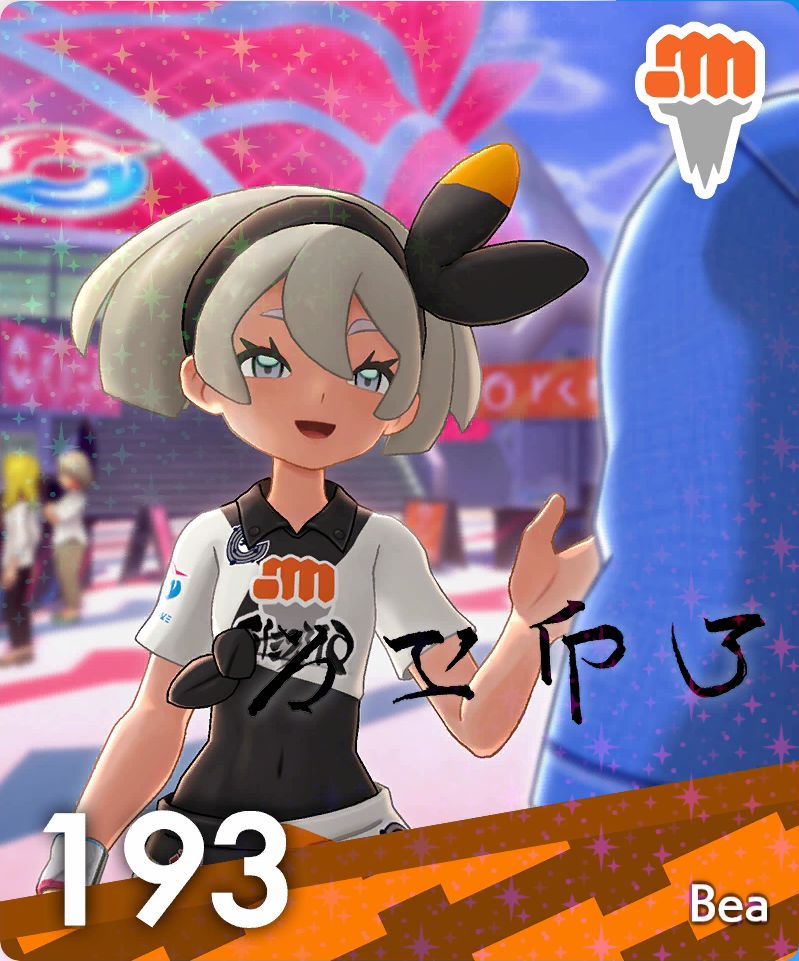 It reads, “Given special attention from her parents, Bea trained hard with her partner Pokémon since a very young age. This has honed her judgment skills, and she is able to remain calm and collected even when facing dire situations in battle.”

The League Card continues, “This leads many to think she lacks emotion, but the truth seems to be that she doesn’t want to show weakness. She is sometimes known to show her true feelings to her partner Pokémon during battles.”

“She is secretly a huge fan of various sweets, and this has recently been found out by her fans. The additional attention has made enjoying sweets a little difficult,” the League Card concludes. 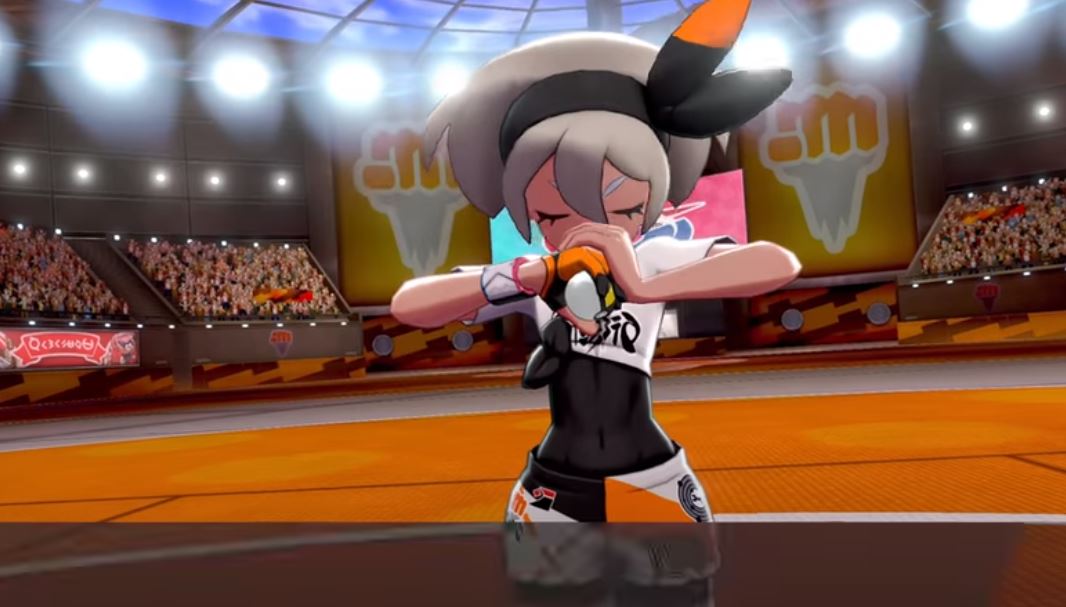 Players will once again have the chance to face Bea in the Champion Cup. Just like during the gym battle she will have Gigantamax her Machamp.

However, she also has changed up her other Pokemon and added a couple. During the Champion Cup match she uses Hawlucha, Grapploct, Sirfetch’d, and Falinks along with her Machamp.

After defeating Bea in the Champion Cup, players will receive another Bea League Card. 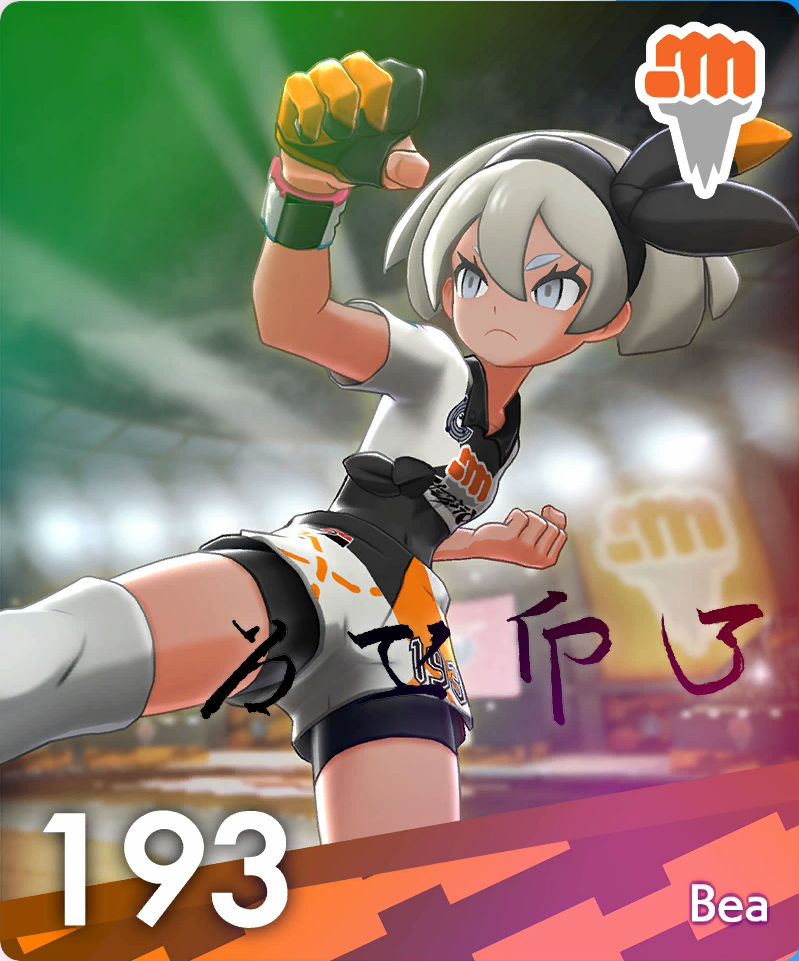 This one begins, “In order to become strong, one must face opponents who are stronger than oneself. Even if defeat seems inevitable, Bea will still go all out and try to at least draw. ”

It adds, “It’s possible that the strict (one might even say too strict) training from her stern parents has left a burden on young Bea, taking away her smile. So, who has seen Bea smile? Her family? Her Pokémon? Or maybe someone else entirely…” 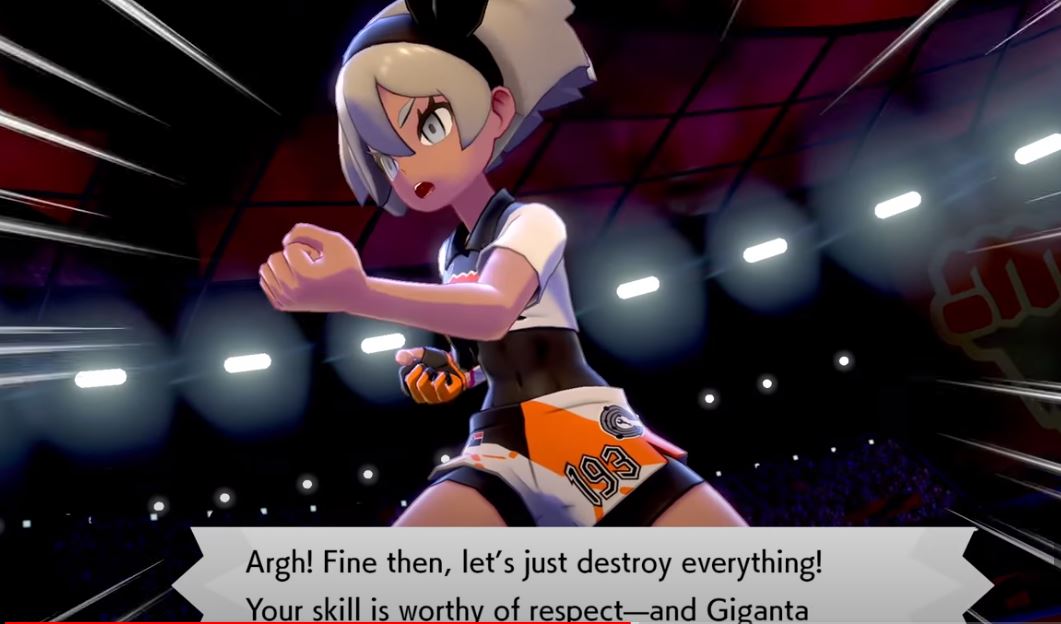 As for Bea’s appearance as seen in both her League Cards above, she has tan skin, grey eyes, and short grey hair.

She wears a black headband with orange and black ears. On her wrist she wears a Dynamax Band. She can also be seen wearing a black glove on her right hand that leaves her thumb exposed. 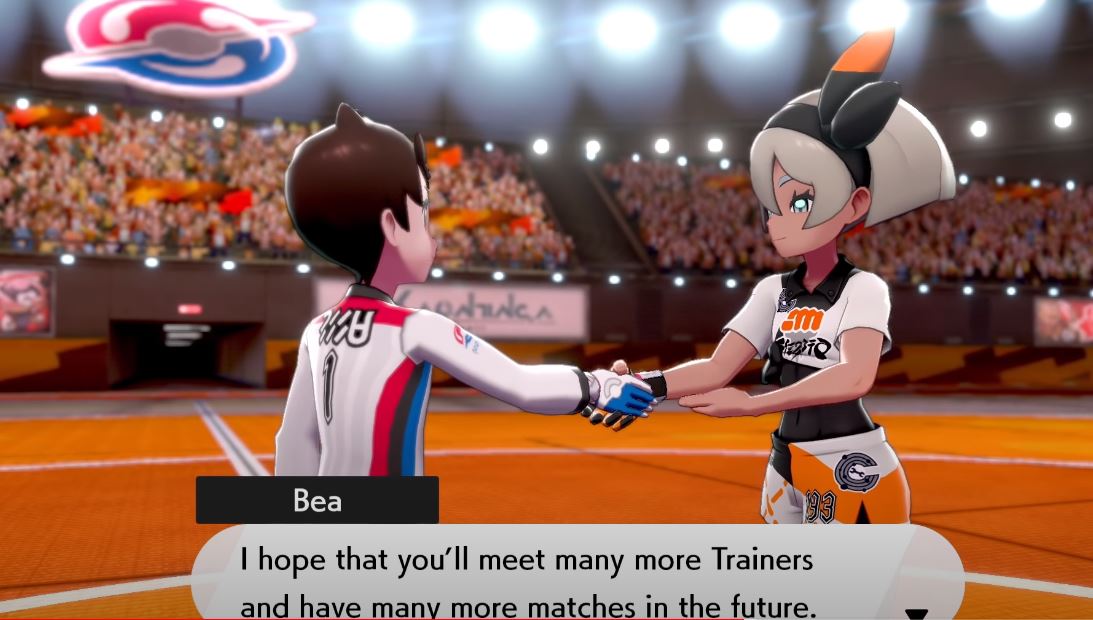 As for the rest of her outfit she wears a skin tight black bodysuit. Over top of the body suit she wears a white shirt with a black collar with an orange fist in the middle of the shirt. The shirt also has a black bow that is tied just above her stomach.

She also has a pair of white, black, and orange shorts with the number 193 emblazoned them. Underneath the shorts she appears to be wearing compression shorts. On her knees she wears a pair of grey kneepads.

She does not wear any shoes, but instead walks around barefoot. 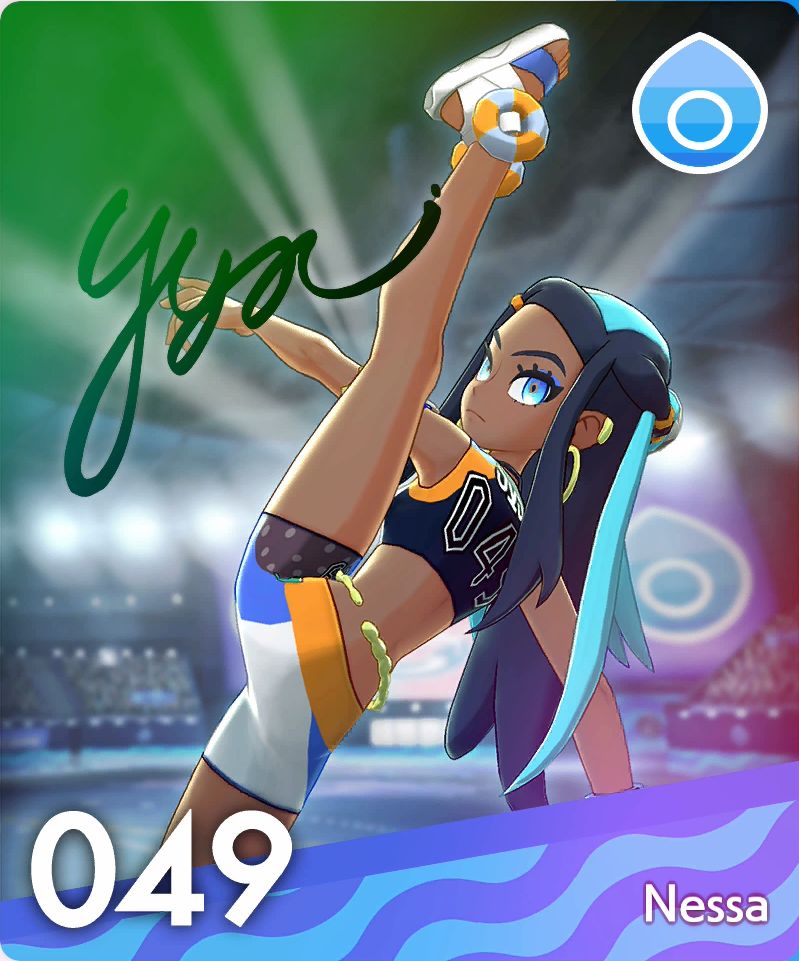 SpavVy wrote, “Been seeing this pose a lot so I decided to try it with Bea. Kinda rushed the coloring though.”

Been seeing this pose a lot so I decided to try it with Bea. Kinda rushed the coloring though. pic.twitter.com/8tldUJxpfZ

What do you make of SpavVy’s pinup showing Bea doing a standing split similar to Nessa’s League Card?