Come Play is a horror thriller written and directed by Jacob Chase. It’s based on Chase’s own 5-minute short film from 2017 entitled Larry.

The feature length film follows Oliver (Azhy Robertson, Marriage Story), a young boy with autism that has trouble making friends. Despite being enrolled in speech therapy, Oliver has trouble speaking and vocalizing and typically relies on a cell phone app to speak for him. He’s bullied for being different and having privileges kids without disabilities aren’t accustomed to.

Oliver is drawn to a mysterious monster named Larry that appears through an app called Misunderstood Monsters. Larry is attempting to embody himself in the real world with the aim of making Oliver his friend forever. He targets smartphones, tablets, computers, and television screens and intends to take Oliver away for good.

An interesting aspect of Come Play is that Oliver’s parents Sarah (Gillian Jacobs, Community) and Marty (John Gallagher Jr, 10 Cloverfield Lane) are either going through a divorce or a separation throughout the film. Usually an event like that heavily affects child characters in film, but Oliver barely cares outside of asking where his dad is once or twice.

The problem with Oliver’s parents is that they seem to be written in a purposefully annoying way. They’re so self-absorbed with competing with one another for Oliver’s attention that they don’t notice the bigger issue at hand.

Marty is written like an oblivious doofus. He’s a father attempting to be a part of his son’s life, but also is too stubborn to admit he has no idea what he’s doing.

Sarah is an overprotective mother who is upset that her son barely gives her the time of day. She’s the less irritating of the parenting pair, but Jacobs really seems to overact and milk her performance at times especially in the second half of the film. 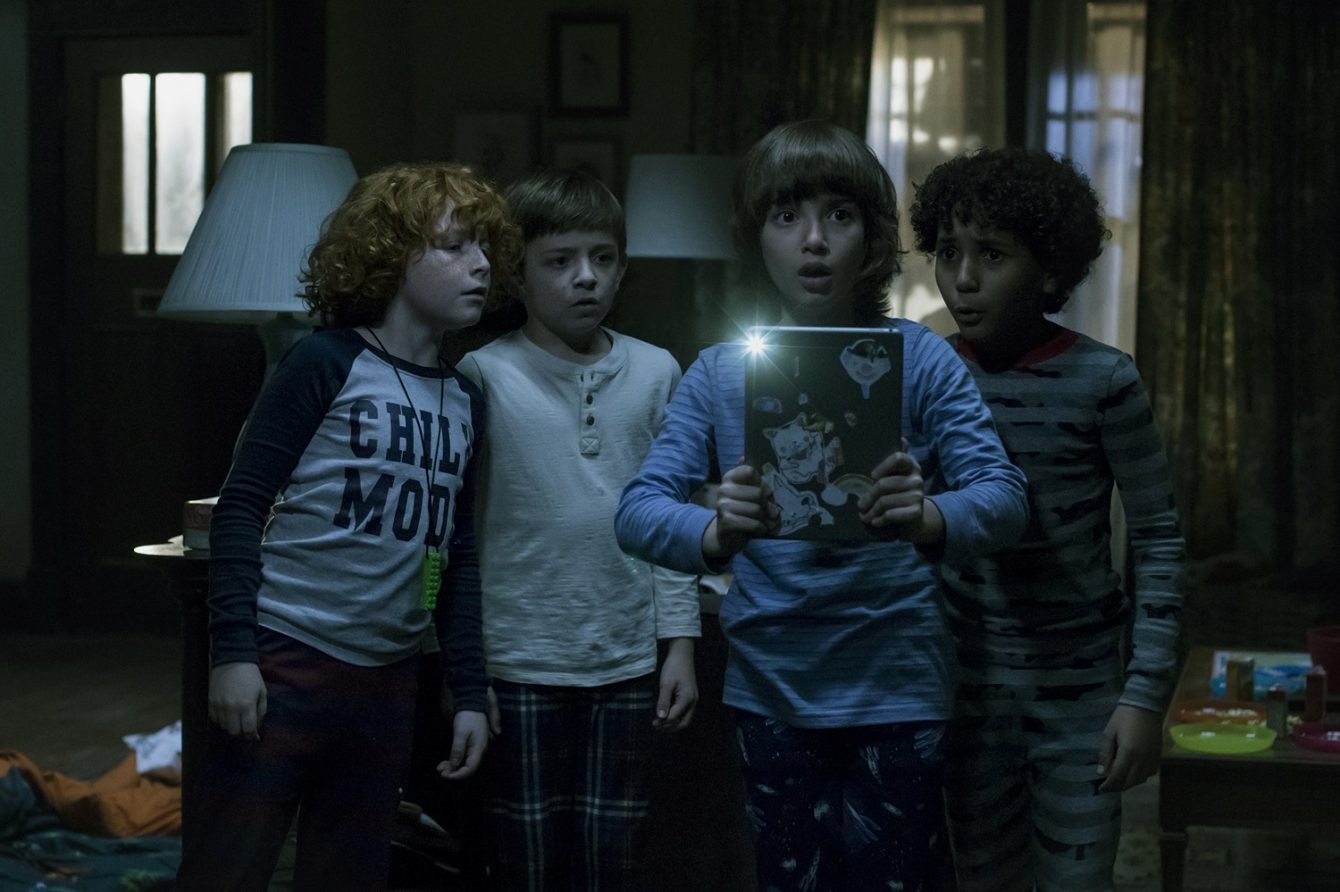 Azhy Robertson (second from right) as Oliver in Come Play.

There’s no point in designing a monster for a film and never fully showing that monster in all its glory. It feels like a waste of time and money, especially for the design team. You never get a good look at Larry in Come Play. You simply get glimpses of his stringy and lengthy body. For most of the film, people in the film can only see Larry while looking through a camera app on their phone or tablet.

Even when the film teases a Larry reveal, he’s either scrambling towards the camera, is out of focus, or is hidden in the shadows. The Jangly Man segment from Scary Stories to Tell in the Dark manages to be scarier and do whatever Come Play was aiming for more efficiently.

The potential scares in Come Play are disappointing, as well. Seeing Larry’s back over and over again as he slinks around can only go so far. The same can be said about creaky doors, shattering light bulbs, and car alarms going off; even the jump scares are predictable. The highlight of the film seems to be that Oliver has an obsession with the first season of Spongebob Squarepants, so at least he has taste. 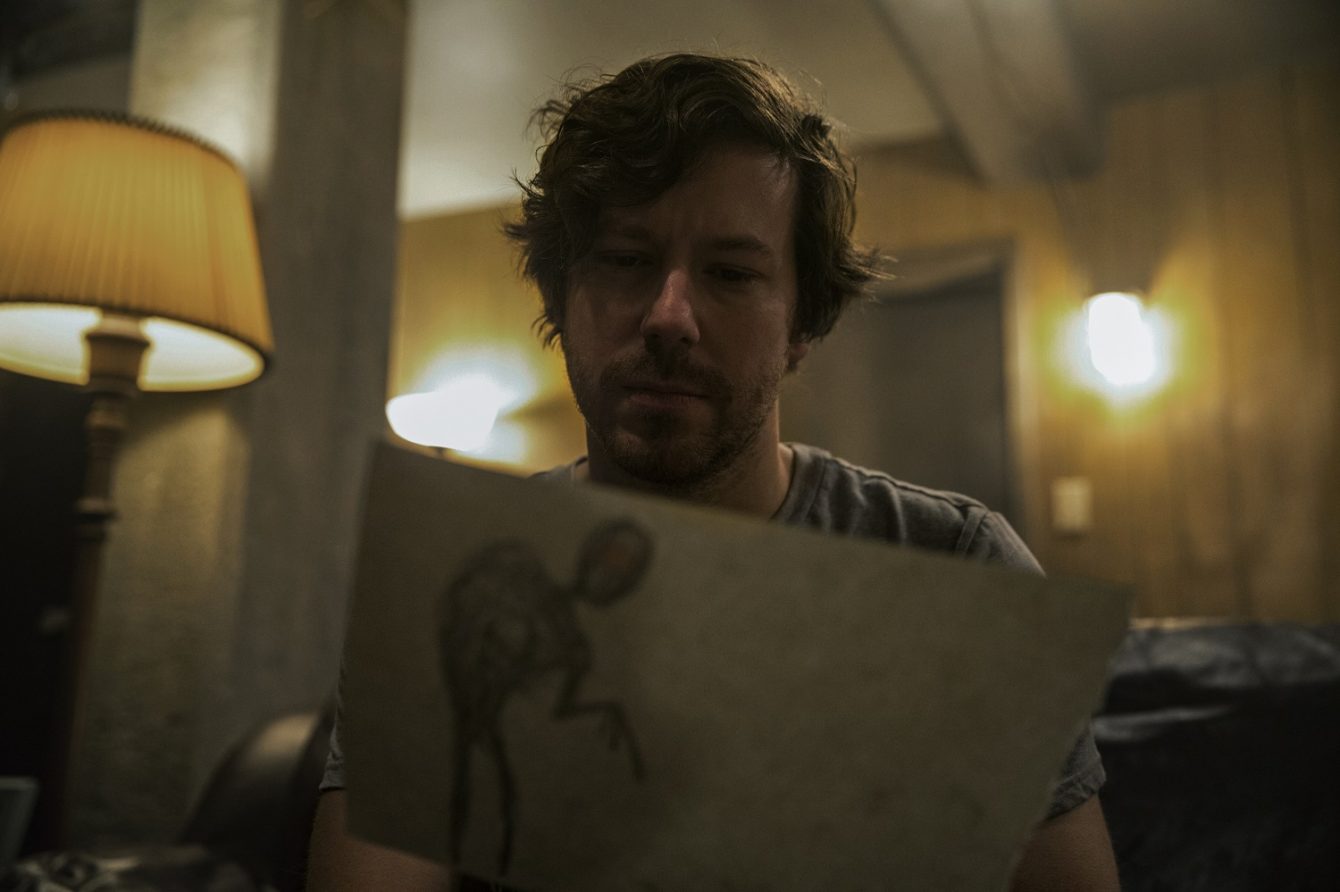 Oliver’s dad works at a toll booth at a parking garage and finds a tablet in the lost and found that ends up being the main conduit to Larry. Tablets, cell phones, and electronic devices are basically a doorway for Larry that he spends the entire film getting strong enough to pass through. It seems like homage to Freddy Krueger without ever feeling as life threatening. Freddy wanted to kill kids in their sleep while Larry just wants someone to spend eternity with.

Come Play is the definition of wasted potential. It’s a horror film with an intriguing concept, but is too tame to leave a lasting impression. Larry doesn’t have a body count. All he has to his legacy is some unmanageable electricity and the ability to hack electronic devices; Larry is essentially a rebellious teenager lashing out because he’s lonely.

With a horror movie, there’s this desire to be scared or admire the fact that it’s done something other horror films haven’t. Nothing comes together for Come Play. Oliver seems way too independent to be affected by his parents’ issues as Sarah and Marty only make the Larry situation worse. 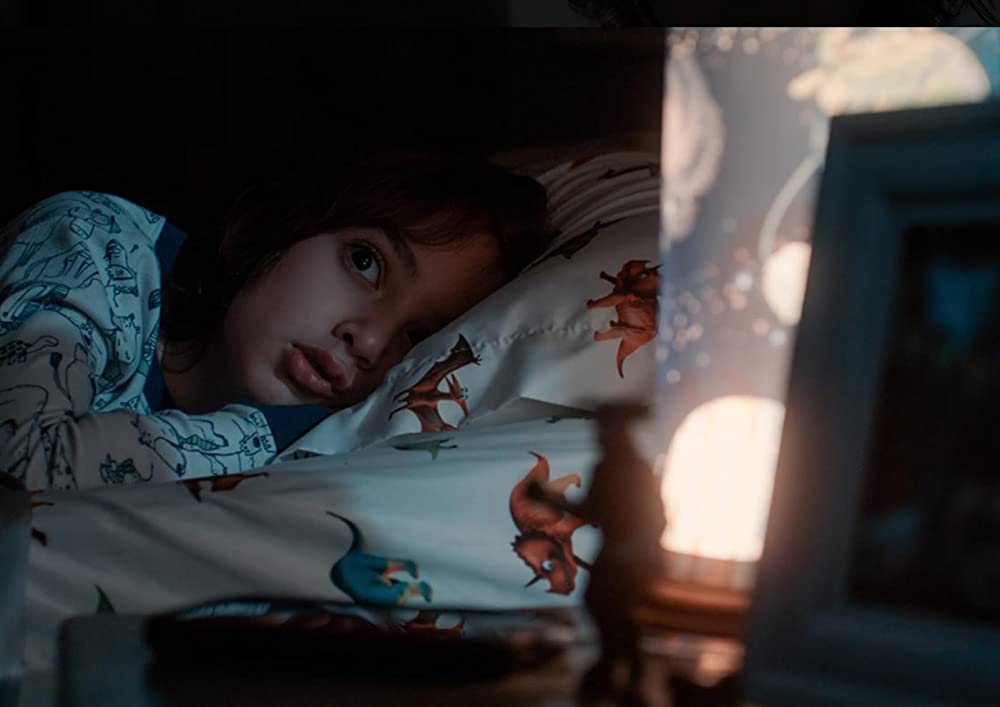 Larry never establishes a menacing demeanor other than putting his hands on the throat of the school bully. Come Play teases horror and death, but backtracks at every opportunity including its ending. The fact of the matter is things don’t seem that bad for Oliver and his family once Come Play ends.

A horror film without any bite is like a toothless wild animal that has been declawed. It can’t hunt or attack; all it has is its reputation as a wild animal to fall back on. It can still growl, but that animal is no longer a threat to anybody. Come Play is the toothless wild animal of this year’s horror films. It may be able to lurk around in the dark and reach out in an effort to scare off its prey, but deep down it’s a shadow of its former self.