Arc System Works has deleted and apologized for a tweet in which they playfully parodied Cyberpunk 2077’s recent delay announcement format. 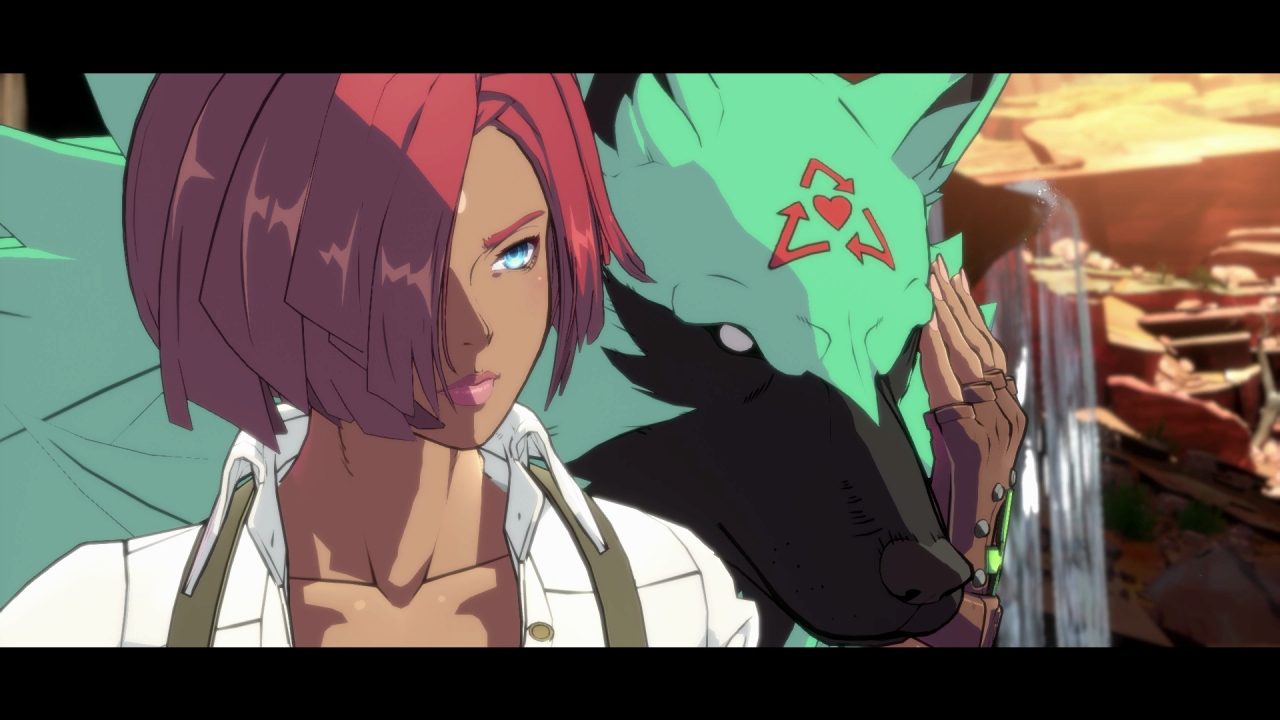 On October 27th, when CD Projekt Red announced that Cyberpunk 2077 would be further delayed until December, the studio published their statement in an image featuring the text imposed over a bright yellow background. 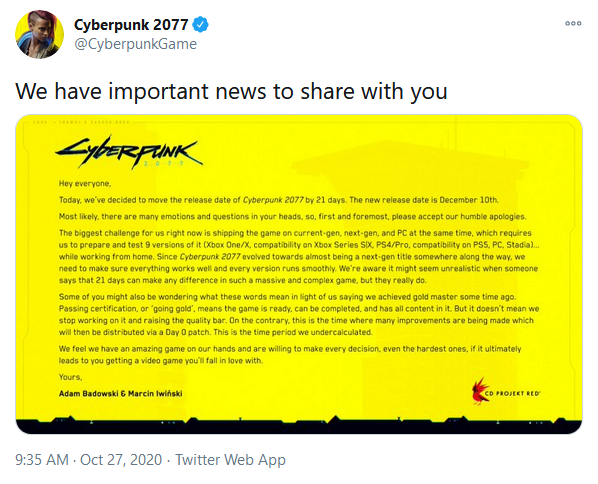 Amidst the wide range of emotions felt by fans over this emotion, which ranged from humble acceptance to death-threat-inspiring anger, Arc Systems Works published a simple parody of the announcement image that featured their own text over a similar background.

“Hey everyone,” read the parody. “Today, we’ve decided to put the Guilty Gear -Strive- Logo on a yellow background”. 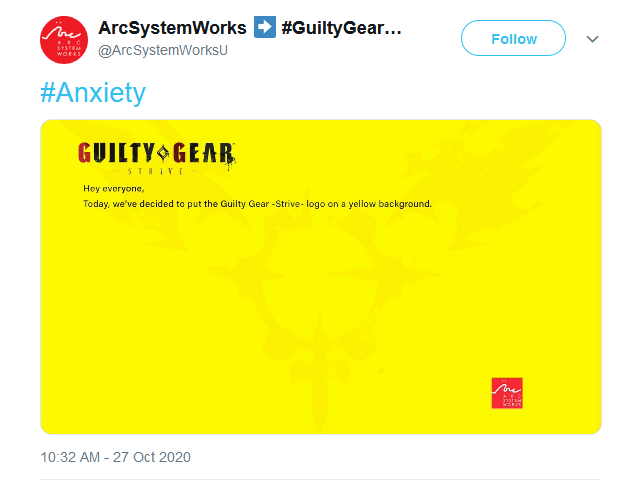 Though most fans of the popular Guilty Gear and Dragon Ball FighterZ developer found the parody to be humorous and a good-natured jab at CD Projekt Red, some social media users took great offense to the post.

Professional DBZF player Yohosie replied to ArcSys’ post and shared their opinion that, “As a player of your games for a long time your post is disrespectful towards the devs crunching on cyberpunk. Post less about baiken feet and this junk please.”

“ArcSys shut your f***ing account down already for F***S sake,” demanded retired Michigan Masters tournament co-organizer @MruSuk. “I don’t know what 16yo intern they have running the Twitter but Jesus Christ make it f***ing stop dude. Punching down on a company that alerted their employees of the delay by Twitter doesn’t make me want Strive more.” 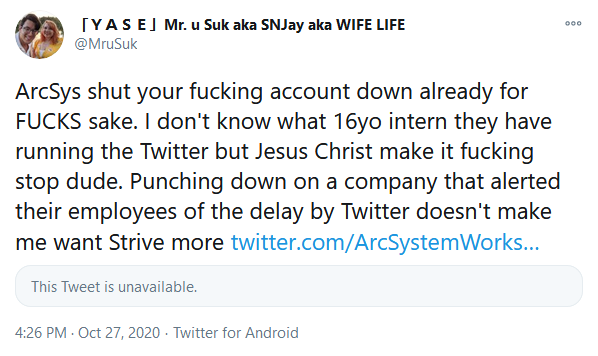 “And they wonder why no one takes ANYTHING they do seriously, their games, their tournaments, their production value,” they concluded.

Ultimately, as the backlash continued to grow, ArcSys deleted the tweet and offered an apology to those who took offense to the joke.

“We are deeply sorry to our fans and peers in the game development industry for any harm it has caused,” wrote ArcSys. “We’ve had extended discussions with our community management team to ensure this does not happen again.” 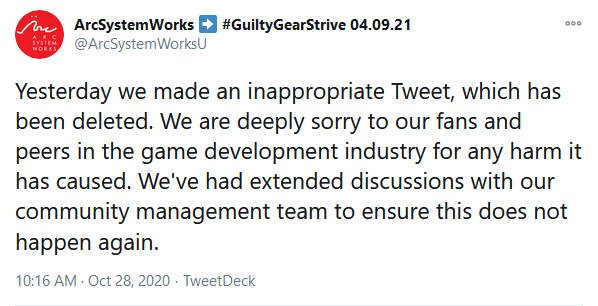 Guilty Gear -Strive- is set to release for the PlayStation 4, PlayStation 5, and PC platforms in 2021.

What do you make of ArcSys apology? Do you think that they should have deleted the initial tweet?