Halloween actress Jamie Lee Curtis recently did an interview on SiriusXM, where she claims the upcoming Halloween Kills movie is about an enraged mob and Black Lives Matter.

Halloween Kills is the sequel to the 2018 Halloween movie that was supposed to be in theaters on October 16, 2020. However, the film was delayed in the wake of government reactions to the coronavirus pandemic.

John Carpenter and David Gordon Green shared a statement back in July announcing the film would be delayed.

The statement began, “We write this to you heartbroken over the fact that the delay of our film is even a discussion, but if there’s one thing that a career in the film industry has prepared for us, it is the unexpected. Over the past few weeks, our film family has looked at the forecast of theatrical exhibition with obvious concern. We discussed and struggled with how best to present “Halloween Kills” to the loyal fans around the world, as well as the new audience we hope to invite to this experience.”

They went to reveal that they would be pushing the release of the film an entire year. They explained, “On top of a traditional release, Universal has agreed to an IMAX presentation of the film in October 2021. We are sound mixing with one of the greatest design teams that can slash, scream and creep their way under your skin. We’re going to have time to complete the film with the quality that fans deserve.” 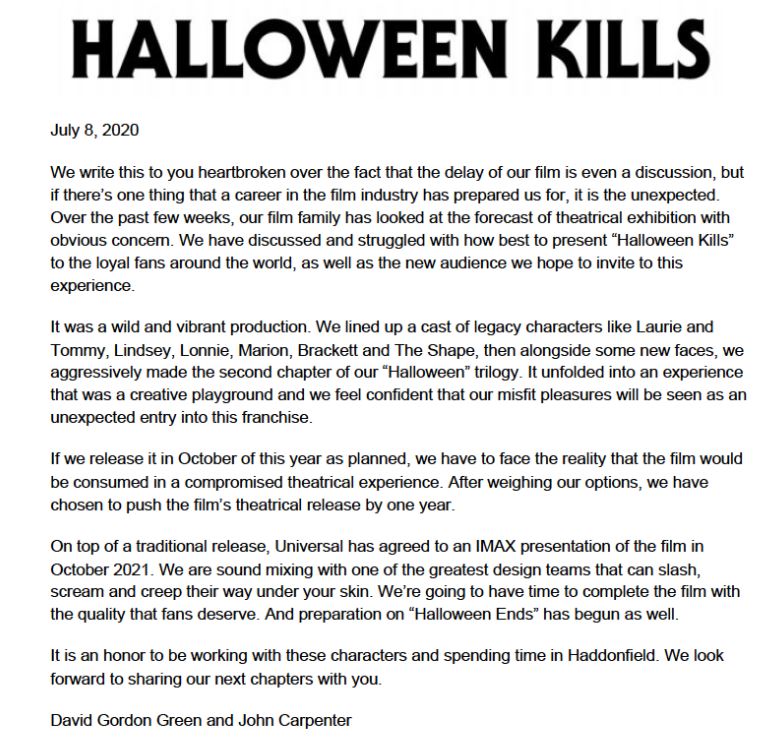 The film is expected to see Curtis’ Laurie Strode continue to do battle with Michael Myers.

However, Curtis revealed it won’t just be a showdown between her and Myers.

She stated, “2018 was about Laurie’s trauma, right? It was focused on Laurie Strode. But you know there are a lot of other people that had the result of Michael Myers in 1978. And we brought back all of those people. So Kyle Richards, who played the little girl, Lindsey, came back. We have the character of Tommy. There are other characters, Marian, the nurse. All of the people that suffered the trauma.”

“And the Halloween Kills movie is about a mob. So what I will tell you is that what we were seeing around the country of the power of the rage of voices, big groups of people coming together, enraged at the set of circumstances, that’s what the movie is,” she continued. 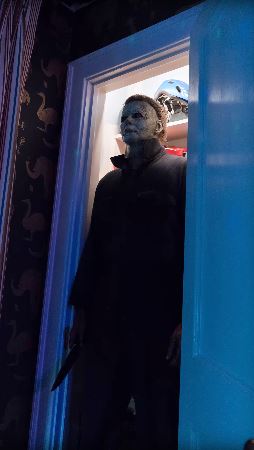 Curtis elaborated, “The movie is about a mob. And so it’s very interesting because it takes on what happens when trauma infects an entire community and we are seeing it everywhere with the Black Lives Matter movement. And we are seeing it in action.”

Curtis then stated, “It was just because trauma isn’t just Laurie’s. It was the entire community. It was the police officer’s, it was the little children, and that’s to me… By the way that’s all the genius of David Gordon Green and Danny McBridge. It’s all their construction.”

She then reiterated that the movie has a Black Lives Matter theme, “Again I want to remind everybody it was pre-Black Lives Matter movement and yet the same activity takes over in Halloween Kills and then Halloween Ends is a total secret. But it’s amazing. It’s just amazing.”

Related: Jamie Lee Curtis Speculates Chris Evans Leaked His Own Junk To Get People To Vote 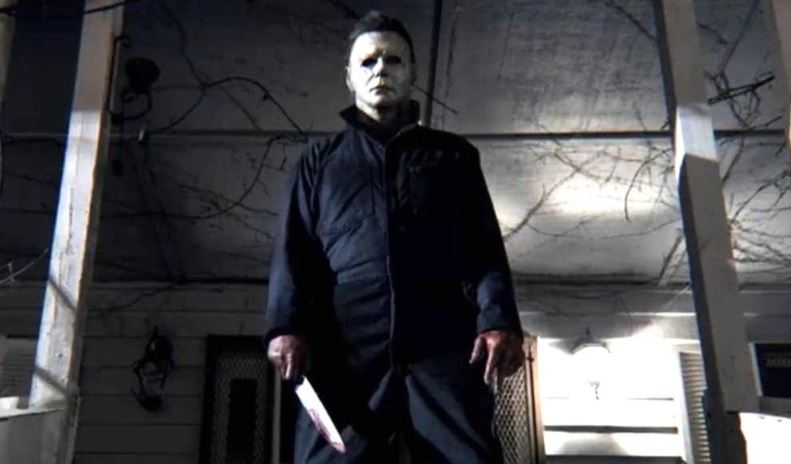 It had a production of only $10 million meaning the worldwide gross was 25.5 times the film’s production budget. 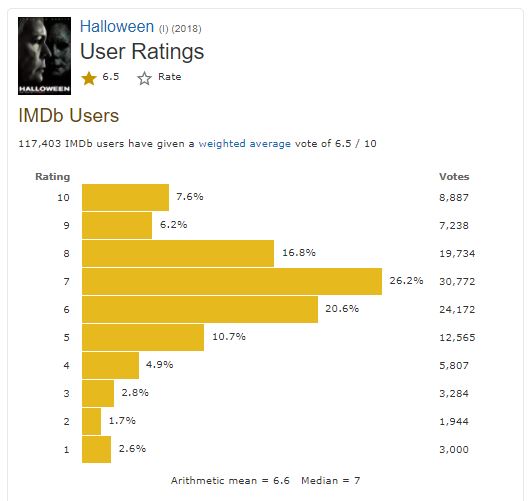 Halloween Kills is currently scheduled to be released on October 15, 2021 by Universal Pictures.

What do you make of Curtis’ comments regarding Halloween Kills? Does it make you interested in seeing the film?