Actor Henry Golding recently provided an update on the upcoming Snake Eyes film, where he plays a race-swapped version of Snake Eyes.

Golding spoke with EW where he described the new G.I. Joe film saying, “I think the heart of the story really is who Snake is and his journey as a person, really. Understanding his motivations.”

He added, “I can’t give away too much, but it really focuses on the one person instead of having 20 people on screen and understanding background. We start from the beginning. And, hopefully, this launches an amazing franchise.” 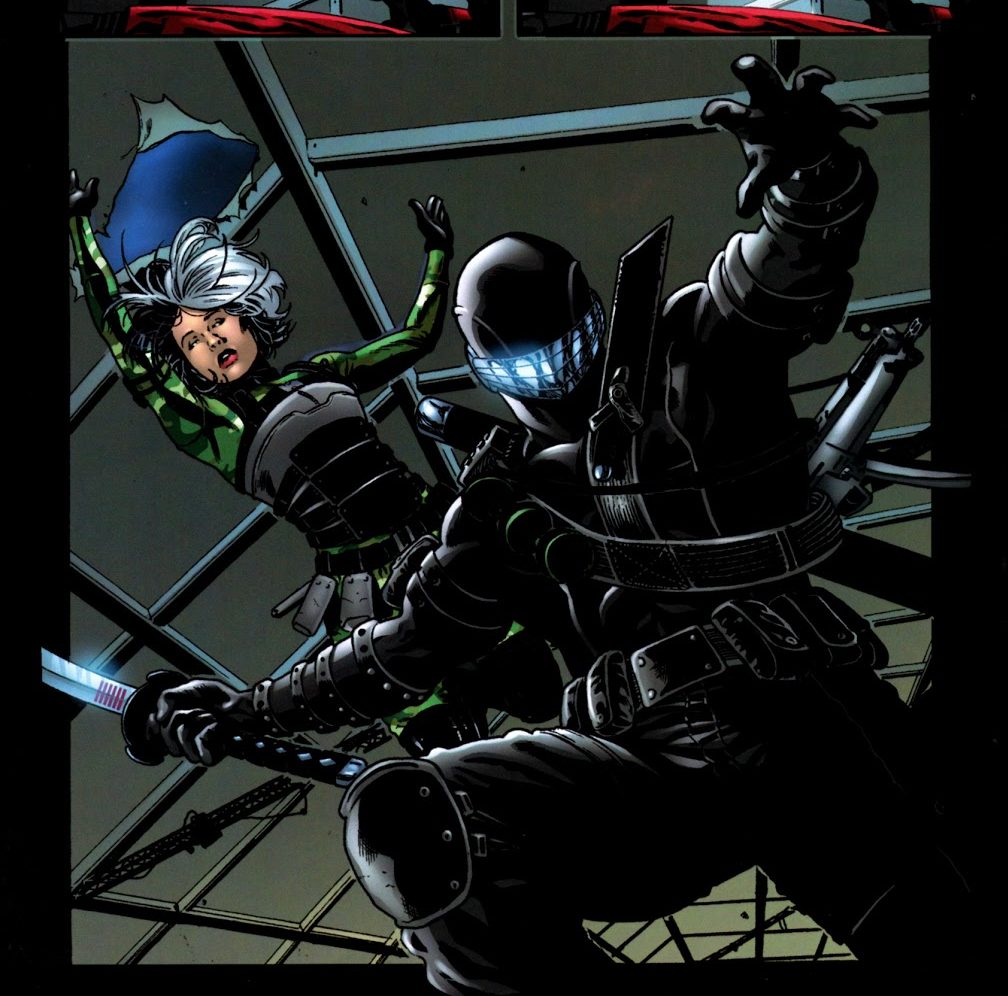 He explained that the film’s director Robert Schwentke “is a huge Japanese cinephile, everything from [Akira] Kurosawa to just the phenomenal Spaghetti Westerns of samurai movies.”

“He is so hooked into that history and we see some of those scenes. With some of the fight scenes there are some chimbara sequences,” he continued. 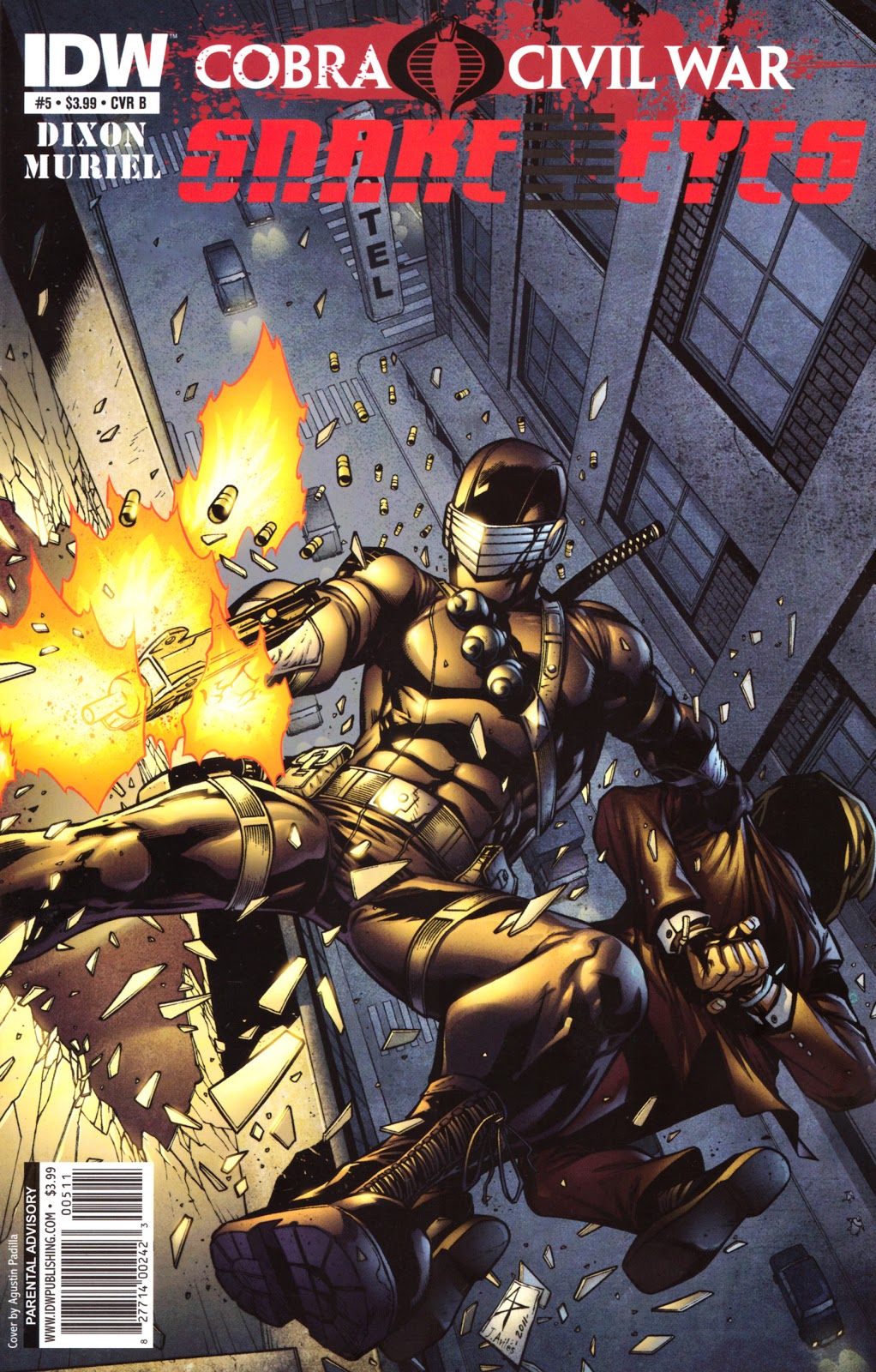 Golding then added, “A lot of attention to cultural detail was put into this movie. There are not a lot of movies that are allowed to film in Japan and we went to some amazing, amazing places. The authenticity is there.”

The actor then detailed that “all the producers at Paramount really listened to my opinion, the opinion of others, and I think that’s why it’s going to be so special.”

He added, “It’s definitely been a challenge in creating something fresh and new, but I think we definitely achieved it.” 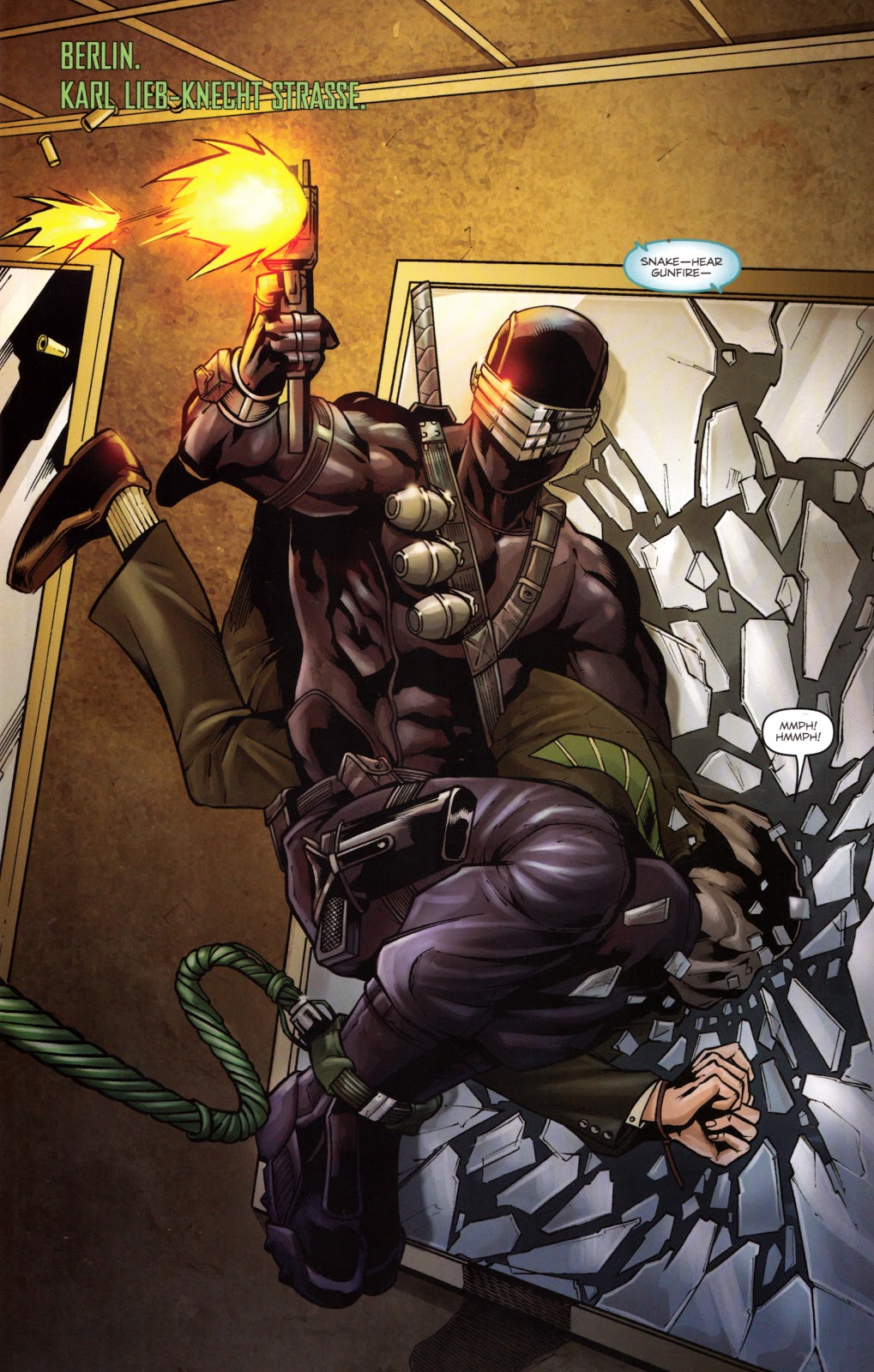 Golding previously described the film after seeing a test screening in August. He tweeted, “Just saw [Snake Eyes]… Holy hell. This is the exact opposite of the cookie cutter, super people movies.”

“Wow. You guys are in for something insane, I can’t wait for you all to get your mits on this beast. Yowzers!!!! Literally grinning from ear to ear.” 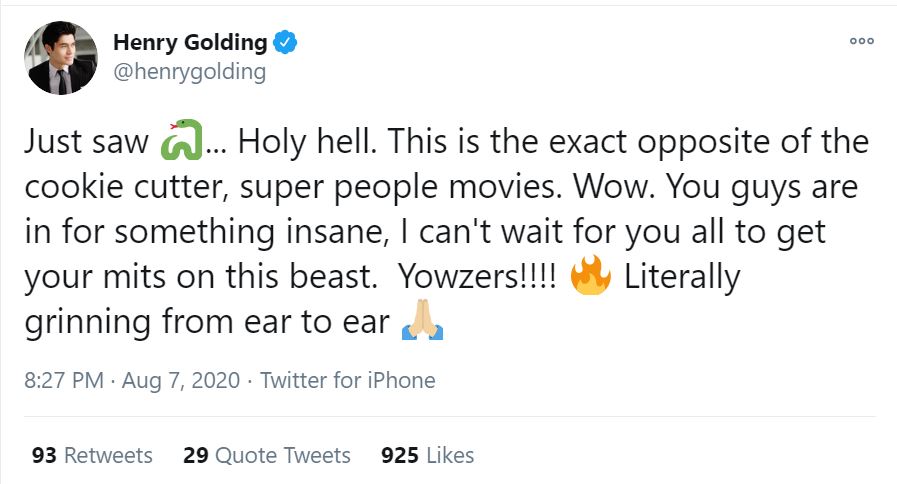 Not only is Golding playing a race-swapped Snake Eyes, but the actor also previously implied he won’t be keeping his mug under Snake Eyes’ iconic mask.

While promoting the film in Japan, Golding stated, “It’s an absolute honor to play such an iconic character. He’s probably one of the most recognizable characters ever created.”

“And so we throw it back right to the beginning and see how he progresses and how he develops into this most sort of amazing character,” he stated. 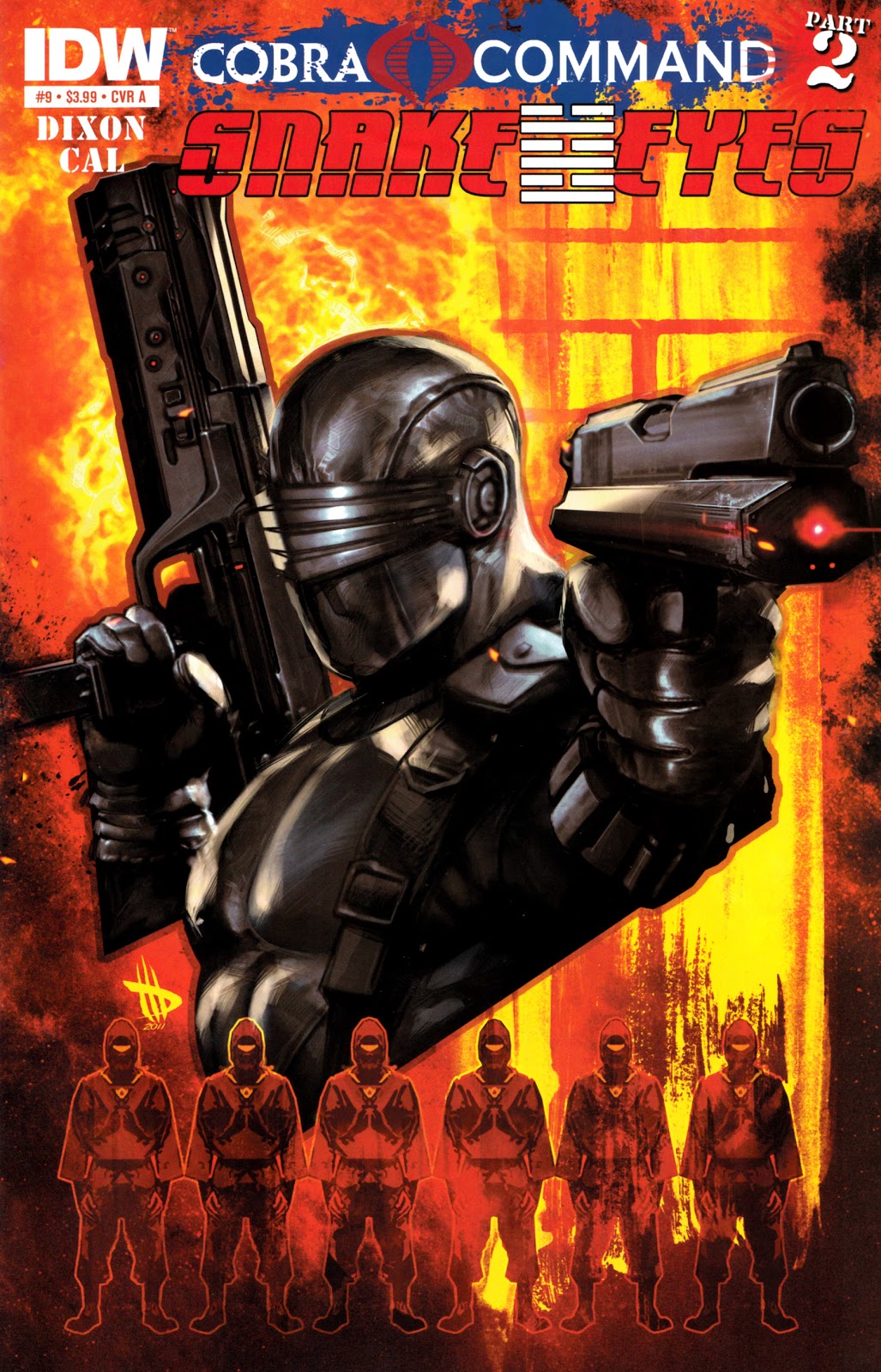 Golding later added, “It’s unlike anything people have seen. We are really starting a new timeline, a new franchise with the G.I. Joe universe. So to kick it off with such a distinct and stylized film, I think it really sets the precedent for follow-up movies.”

“So it’s amazing to be able to tread in sort of unexplored territory. And be able to bring our own styles and Robert’s ideas, and his love for Japanese cinema to the international audience,” he concluded.

While Snake Eyes is not typically seen without his suit, it did happen on a number of occasions during Larry Hama’s run on the series.

In G.I. Joe: A Real American Hero #27, Snake Eyes is seen without his iconic costume where his face and hair are hidden underneath his hat. 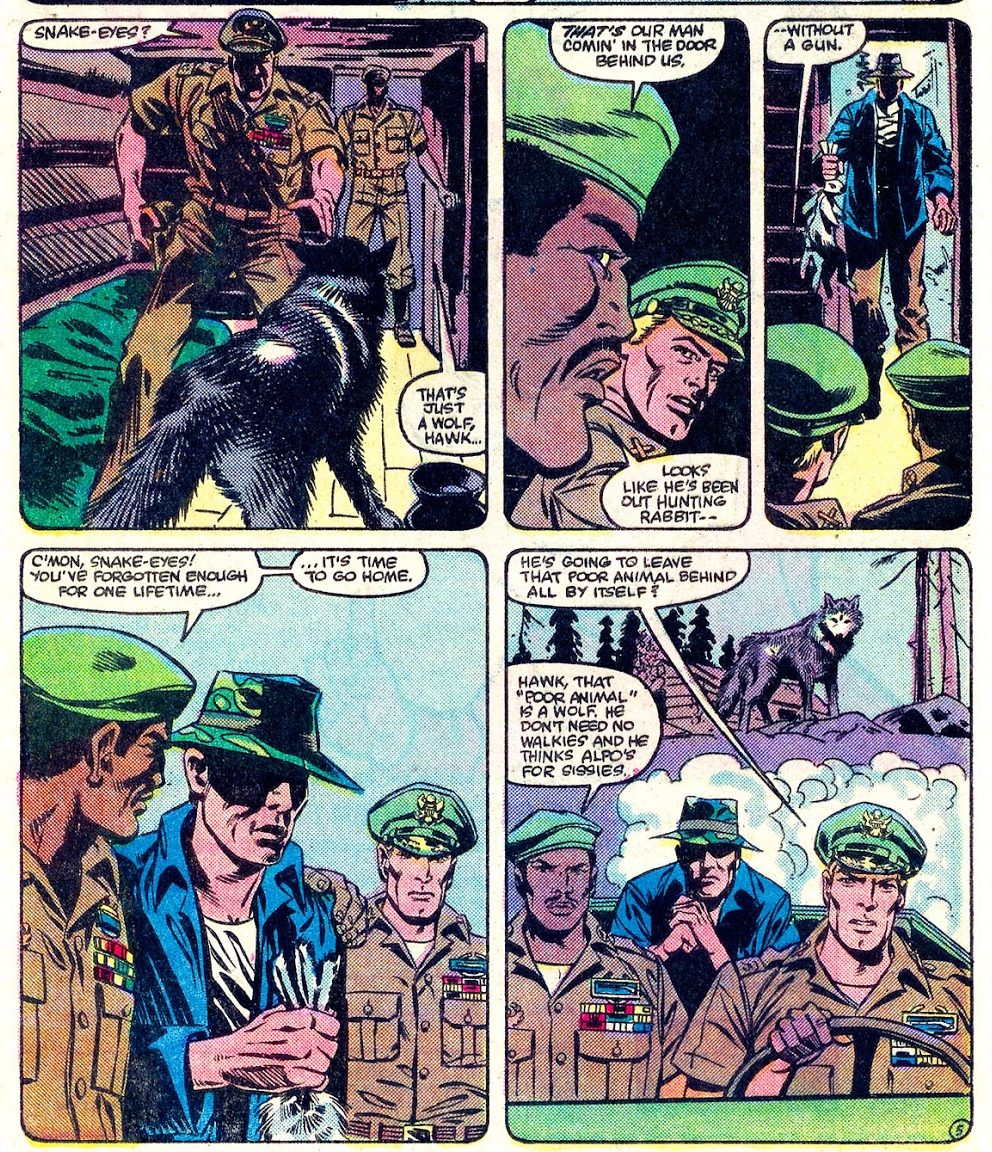 A clear look at Snake Eyes without his suit on, showing his scarring would be shown in G.I. Joe: A Real American Hero #93. 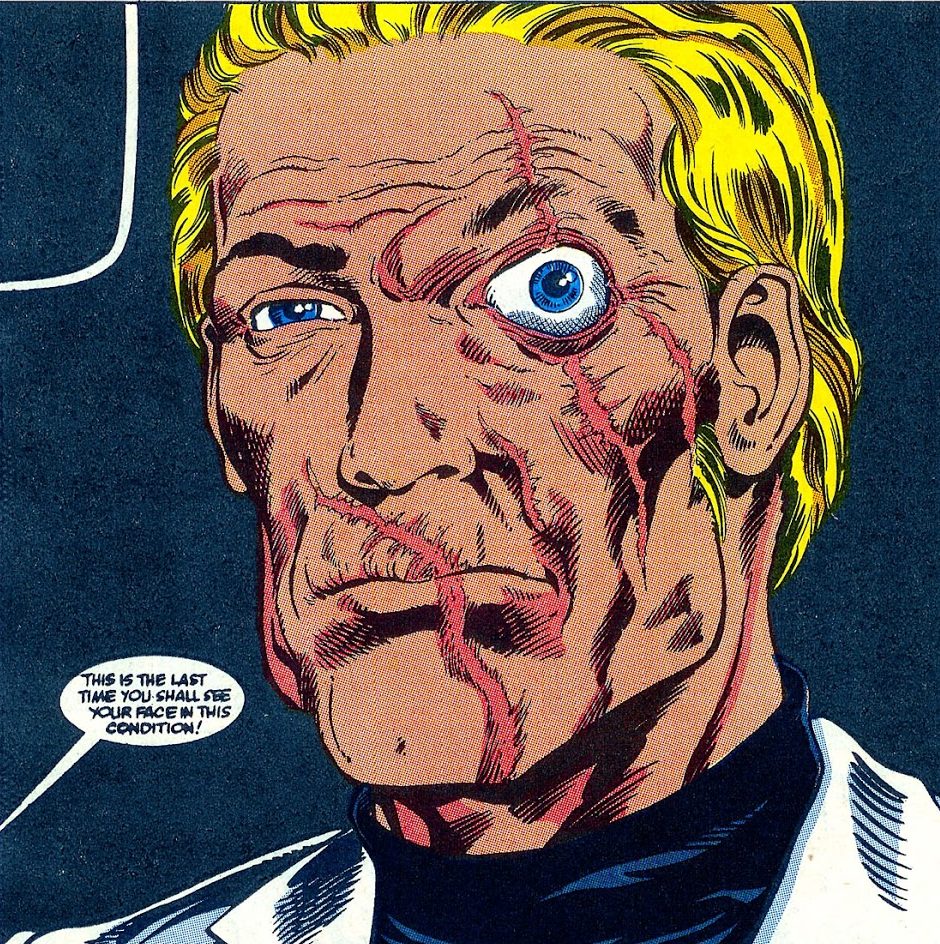 While his face might have been shown a few times during his comic run, the fact that he is typically seen underneath his mask is as Golding himself admits one of the reasons why he is “one of the most recognizable characters ever created.”

Long-time G.I. Joe writer Chuck Dixon explained, “He kinda misses the point that that’s what Snake Eyes is all about; the mystery.”

Dixon continued, “Larry Hama understood the very simple principle that mystery enhances and engages the reader. The less you know, the more you want to know. And he made Snake Eyes a mystery and by making him a mystery he made him cooler.” 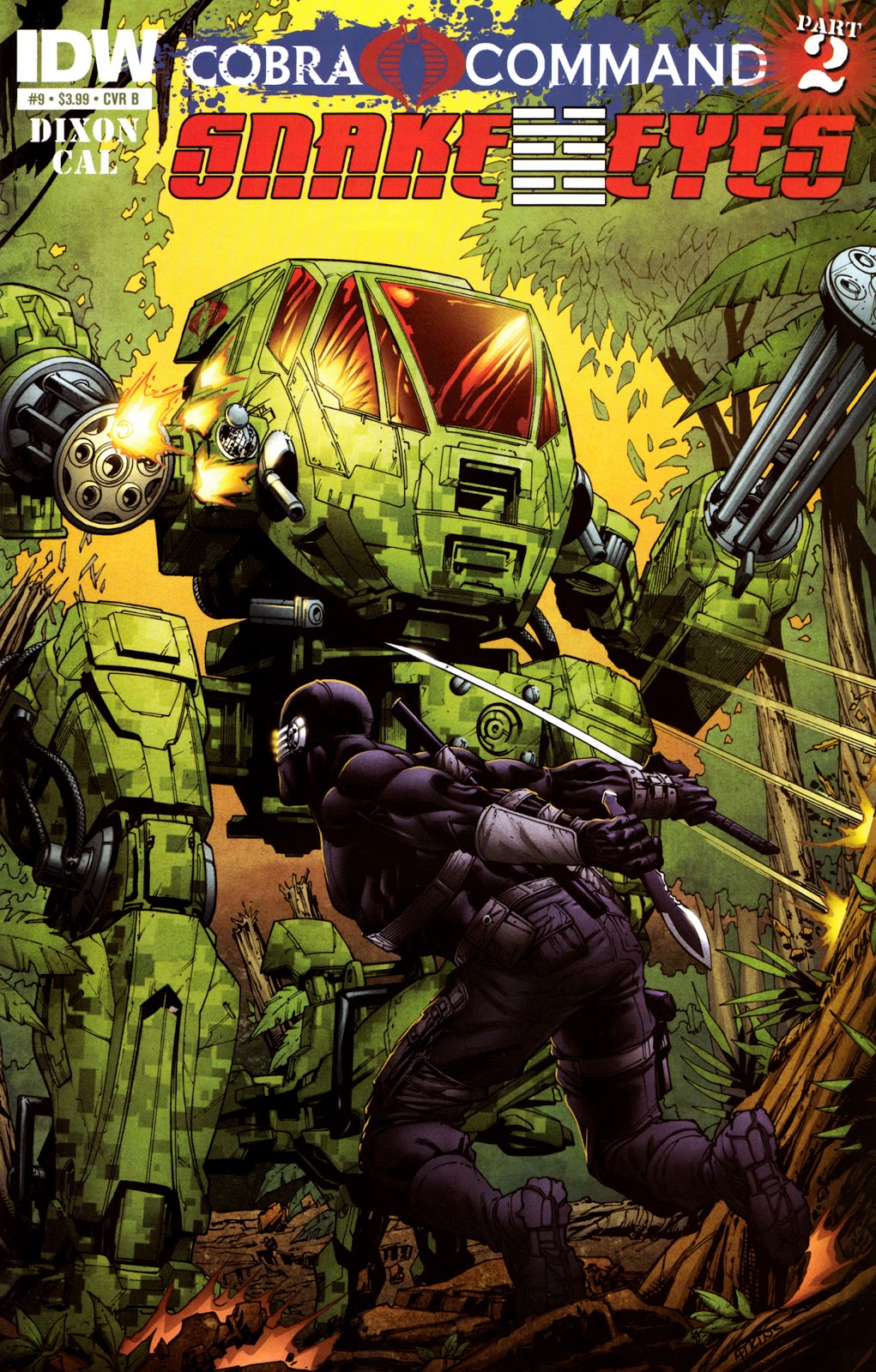 “The other thing that Larry understands and I learned over time writing comics is that kids, who are supposed to be our primary audience, kids love to project themselves on their heroes. And who better to project yourself on then Snake Eyes, we don’t know what he looks like and he doesn’t talk. So any kid could imagine that they are Snake Eyes,” Dixon added.

What do you make of Golding’s recent comments? Are you interested in the Snake Eyes film?