A culmination of new rumors reported by Mikey Sutton at Geekosity claim that a “buddy movie” starring both Deadpool and Spider-Man is in the works, though currently very early in its planning stages. 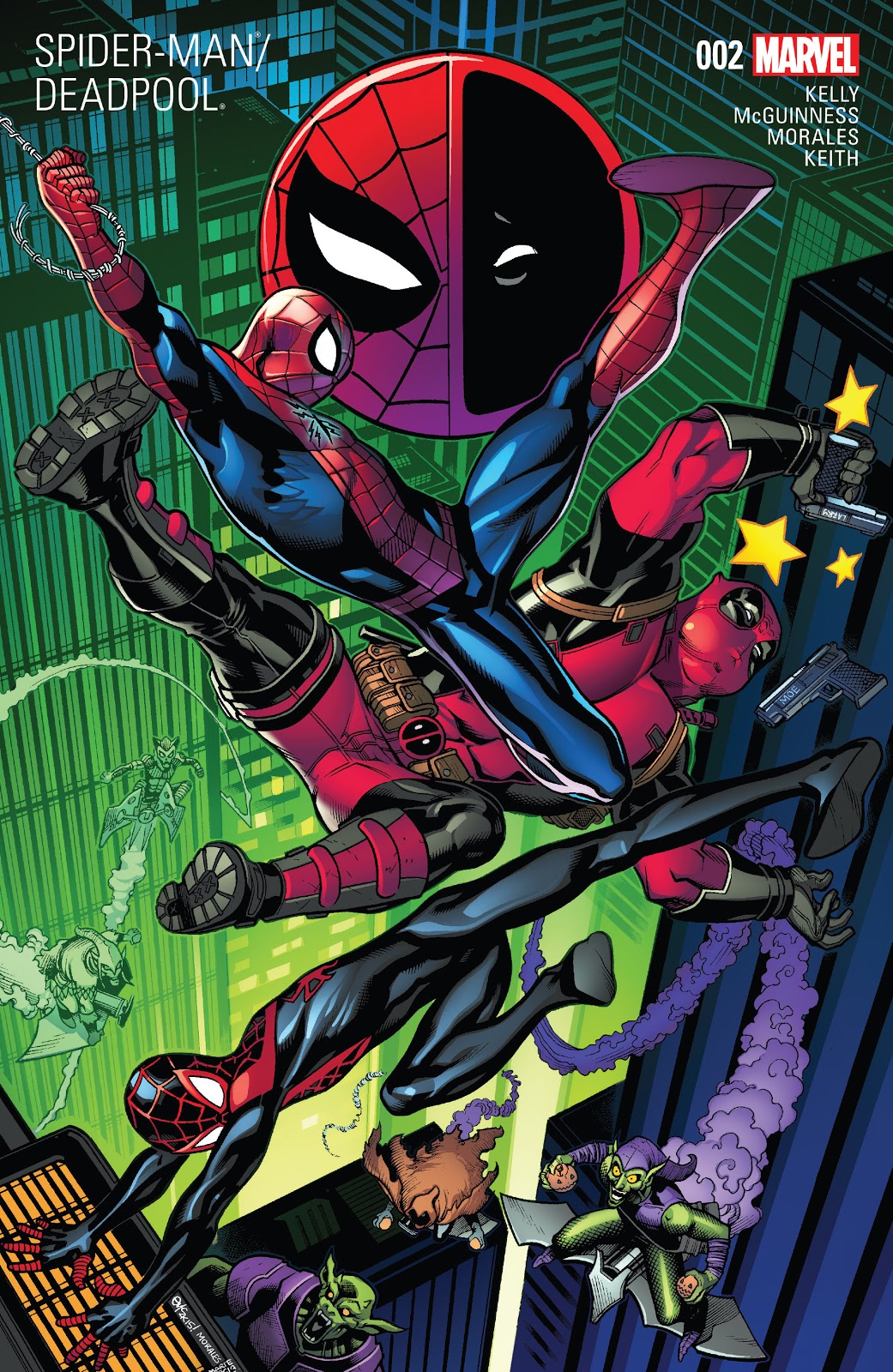 Sutton reports, “Insiders tell me that both companies are ecstatic about the idea of a buddy movie with Spider-Man and Deadpool.”

He added, “No filmmakers are attached yet, and this certainly won’t be Spider-Man 3. Nevertheless, Sony and Disney see comedic and commercial gold in seeing Tom Holland’s Spider-Man tangling with Ryan Reynolds’ Deadpool; in fact, that perhaps is even more anticipated than Reynolds sharing the screen with Hugh Jackman’s Wolverine.”

“With Spider-Man 3 set to become the darkest of the MCU’s Spidey movies, such a film would be its hilarious antithesis,” Sutton concluded.

News of this alleged crossover coincides with a recent rumor reported on by We Got this Covered, who cite a scoop revealed by Daniel Richtman exclusively to his Patreon subscribers, which suggests that plans are being set in motion for a third and fourth film featuring Ryan Reynold’s 4th wall breaking anti-hero franchise. 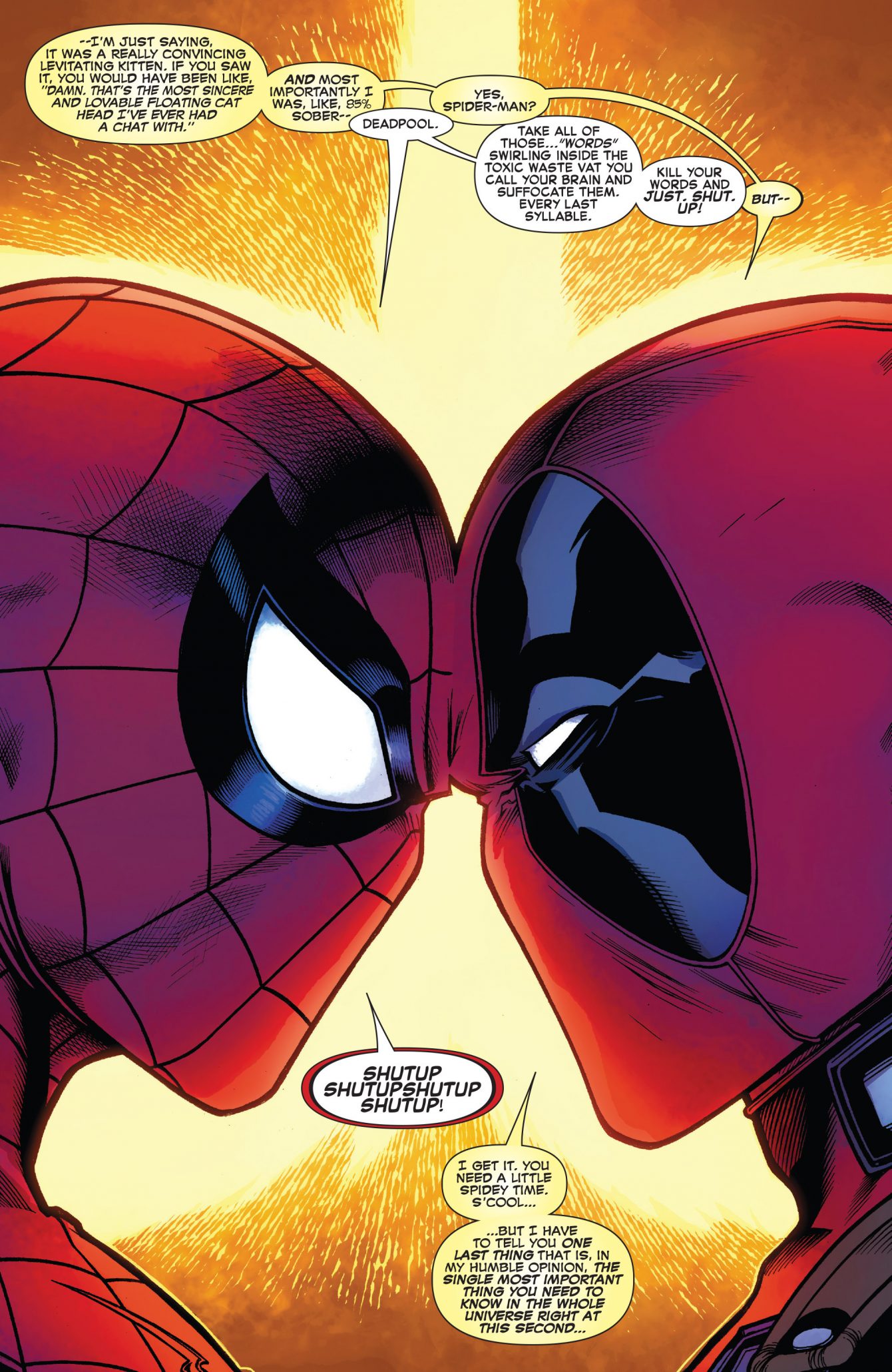 Compared to the Tobey Maguire or the Andrew Garfield versions, Tom Holland’s Spider-Man is always under the thumb of a mentor. His first solo film as the wall-crawler, Spider-Man: Homecoming, sees him under the auspices of Tony Stark, who plays the role of his mentor and role model, even providing Peter with a new suit to aid his neighborhood crime-fighting before ultimately introducing him to the more Iron Man-esque Iron Spider suit at the end of the film. Most likely, this mentor-mentee spin on the web slinger was established due to the youthful appearance of Holland compared to his predecessors.

So, it would follow suit that the young Parker would yet again play ‘sidekick’ to another veteran actor. We’ve already heard rumor that Doctor Strange will appear in the third Marvel Cinematic Universe Spider-Man film, with some rumors noting that he may kickstart the events that lead to the also-rumored multiversal team-up between the previous silver screen iterations of Spider-Man.

Given the rumor, it’s possible that this angle might open the door to bring Reynolds’ Deadpool to the MCU and provide Spider-Man with a more mature look at the world compared to the simplistic lens currently offered by Disney’s cinematic universe. 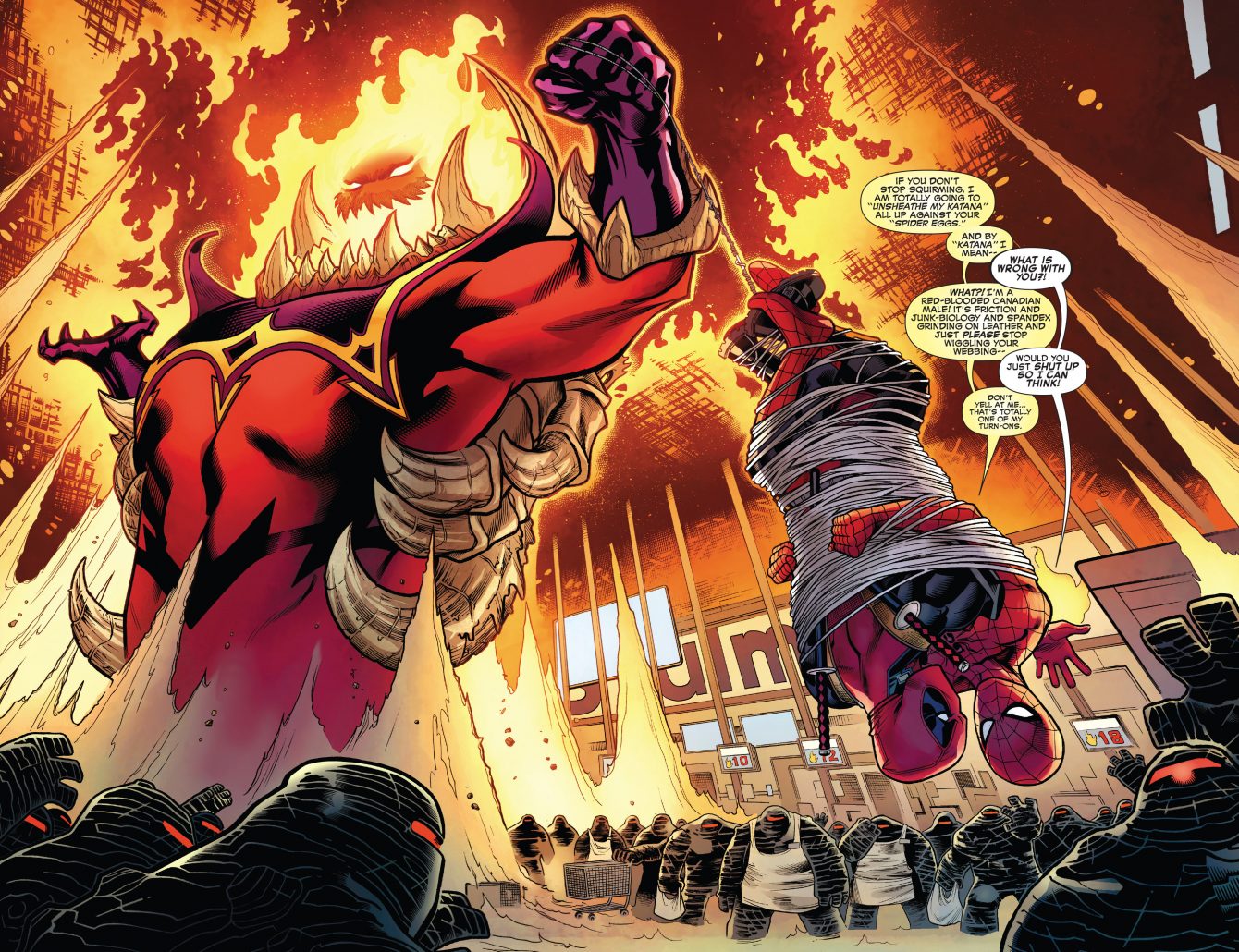 The idea for the crossover film may have been inspired by the aptly titled 2016 series, Spider-Man/Deadpool, launched by writer Ed McGuinness and artist Joe Kelly.

Following in the footsteps of the Marvel Team-Up format established in the early 1970’s during the Silver Age of comics, the series depicted a ‘Laurel and Hardy’-esque take on the iconic characters which saw the story and humor primarily driven by the contrasting personalities of the two iconic leads. 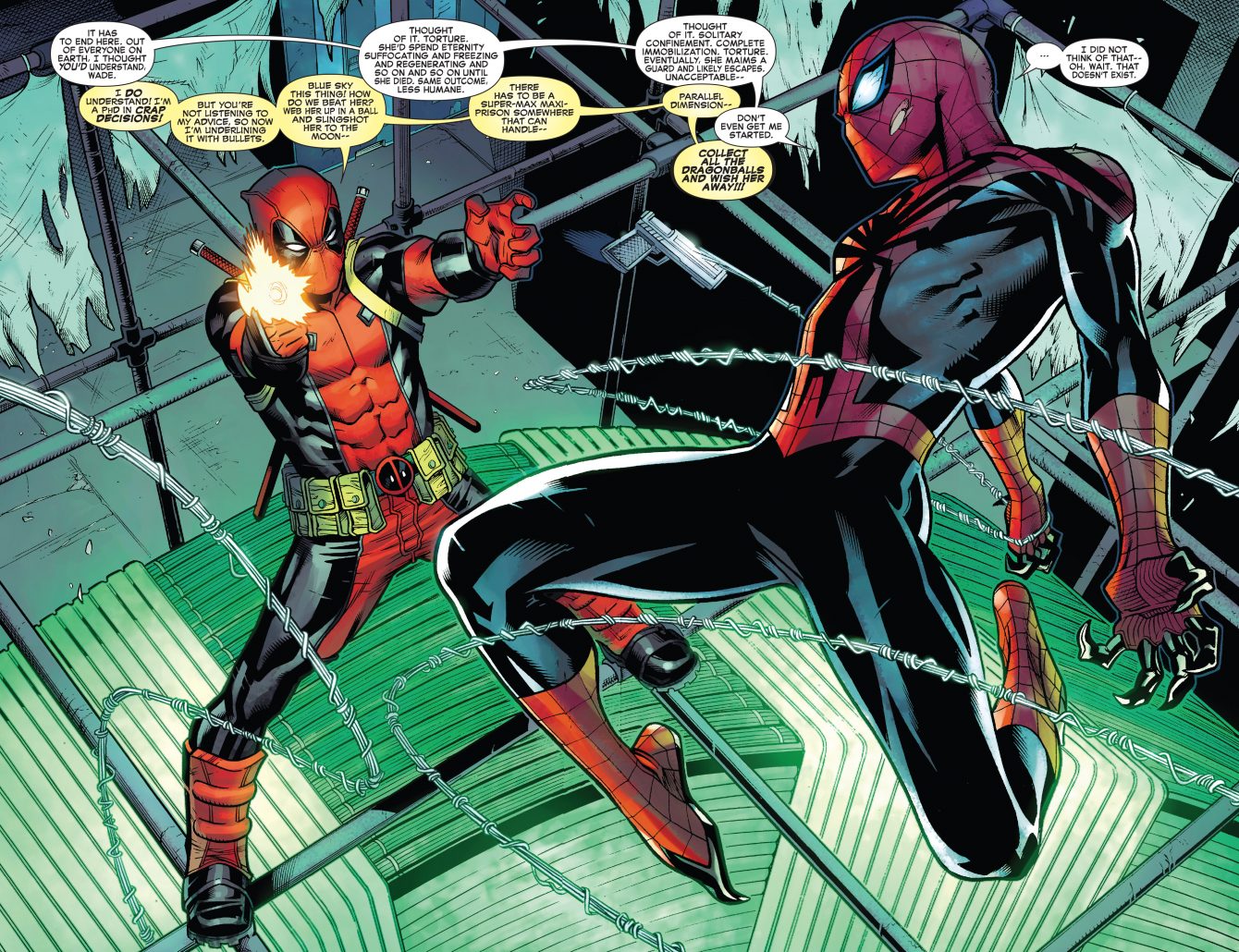 Team-Ups In Other Media

The traditional team-up format continues to be seen within the MCU, at least to some degree, as Thor fights alongside Hulk in Thor: Ragnarok, Captain America teams-up with the newly christened Falcon in Captain America: Winter Soldier, and as noted above, the Spider-Man films see Peter Parker pairing with Tony Stark, Mysterio, or Nick Fury to save the world.

We’ve also seen this trope used outside of comic books a number of times as well, being used in such shows as 1970’s The Odd Couple, Perfect Strangers in the ‘80s, The X-Files during the 1990s, and even in the late 2000s hit, Breaking Bad.

The trope is also quite popular in film, as seen in the success of films such as the Danny Devito-Arnold Schwarzenegger comedy Twins, the quintessential Mel Gibson and Danny Glover led Lethal Weapon series, and more recently in the Bad Boys franchise, which stars Will Smith and Martin Lawrence. 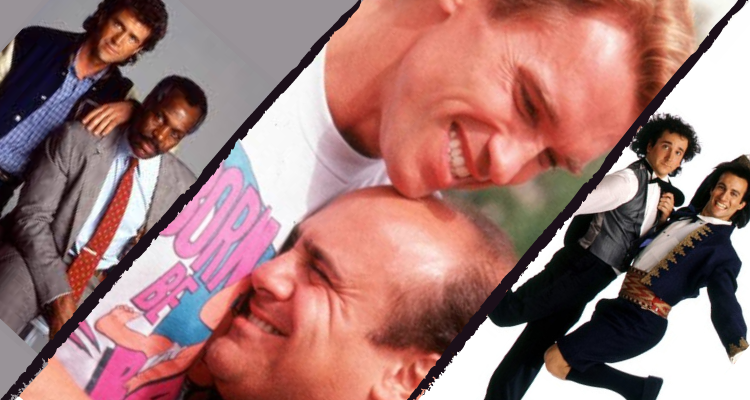 Not The Rule, But A Way

Of course, a limited-member-team-up or crossover is not something that automatically makes a story a success on the big or small screens. We’ve seen ensemble casts do just as well in their productions, with Gilligan’s Island, Guardians of the Galaxy and X-Men: First Class giving a number of characters a fair amount of screen time to develop their back stories, while at the same time exploring the complexities and dynamics seen in the group’s interactions with each other.

There were also some solo films that didn’t need to follow this model, such as The Dark Knight, John Wick, and Joker, as they featured a main character and/or supporting cast doing more than enough to carry a film.

It’s hard to say if continuing to pair up Tom Holland with another character for his solo films is the right direction for Sony/Marvel, and even harder to say if there’s any validity to these rumors, but nevertheless, we report them as we see them, and we’ll continue to stay alert for any hint that this production may start to take shape as film crews begin to return to work. 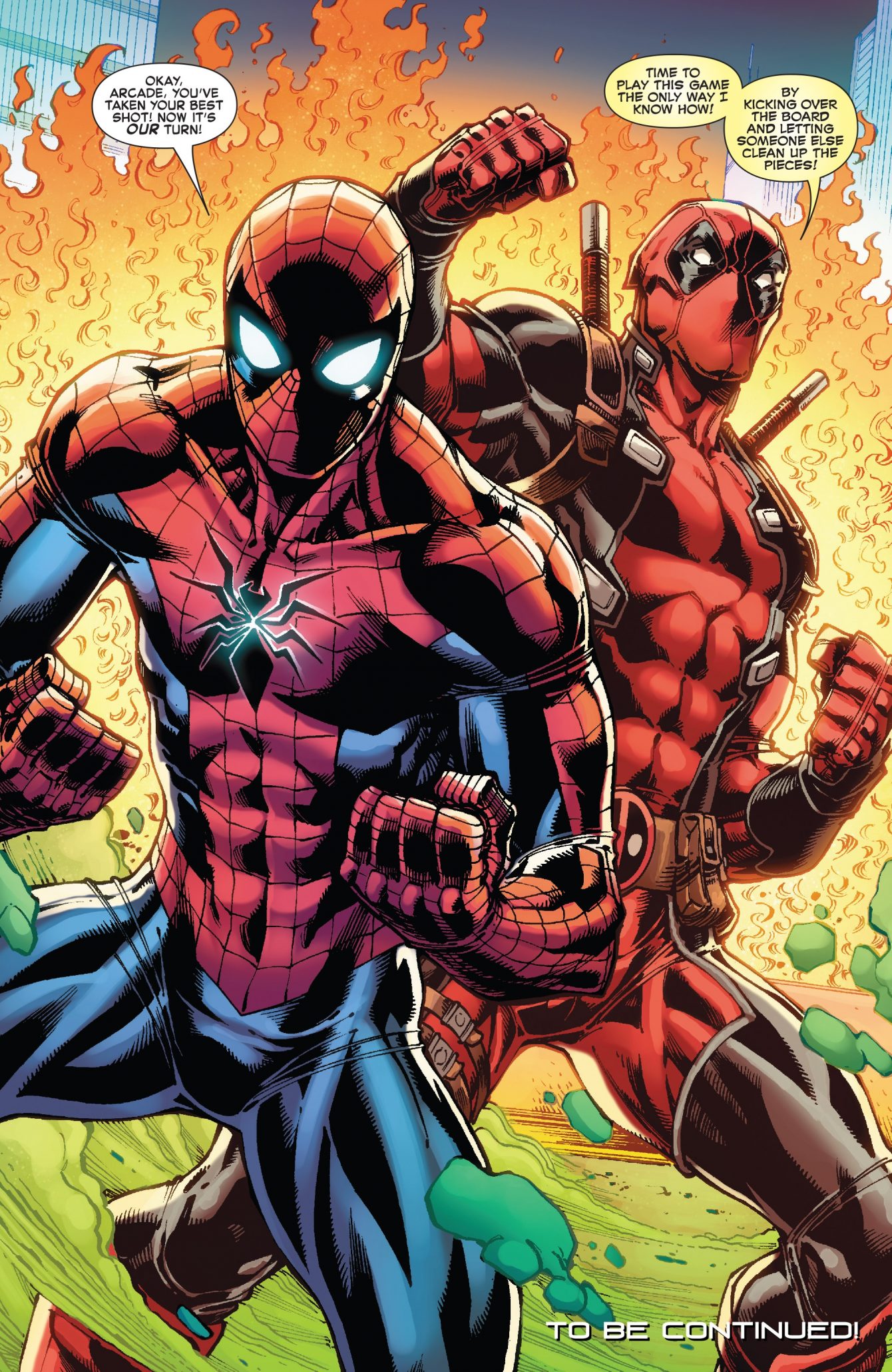 That said, what do you think of the possiblity of Tom Holland and Ryan Reynolds on screen together? Sound off in the comments below or let’s talk about it on social media!