Marantz shared the concept art to his Instagram where he wrote, “Love showing process! This was an earlier pass on warrior Thanos for avengers endgame and infinity war.”

He added, “At this point I’d gotten pretty far with an earlier version that was almost approved before going back to the drawing board. These images show how I work.”

“I like to block out shapes and kind of “work on the manikin “ I had these sliding pectoral plates on this version that I was pretty proud of. I imagine they would roll over as Thanos would move his shoulders,” he continued.

Marantz then wrote, “I did a few sketches before blocking things in, ultimately changing directions to the final warrior version, but this was part of the journey. You can actually see quite a few elements in this design that made it to the final.”

He concluded, “It’s a very fun way to work, but not a lot of productions give you the opportunity to “find the design“ through modeling.”

Take a look at his concept art below.

Here’s a better look at the concept images. 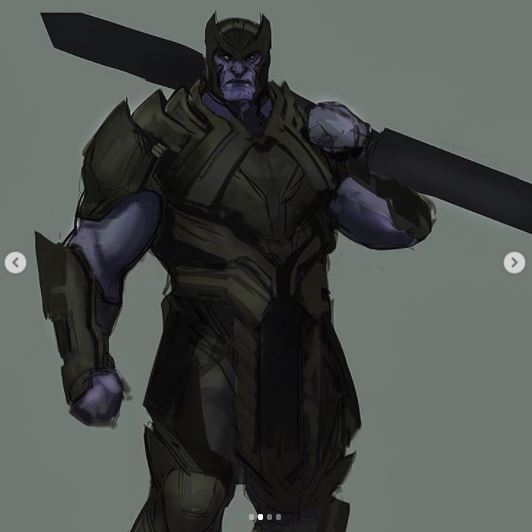 In this next one you can really see the sliding pectoral plates, Marantz detailed. 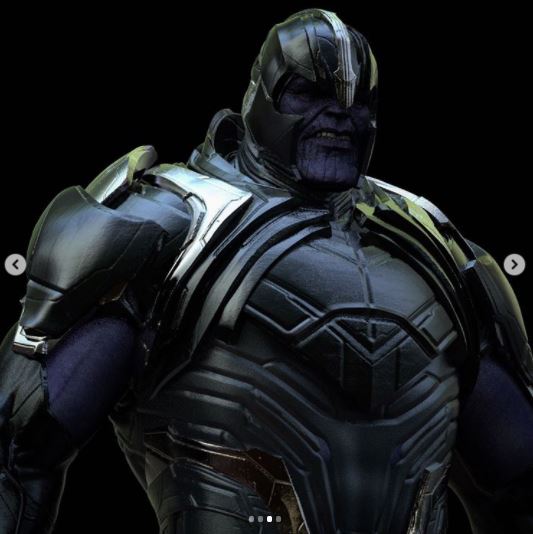 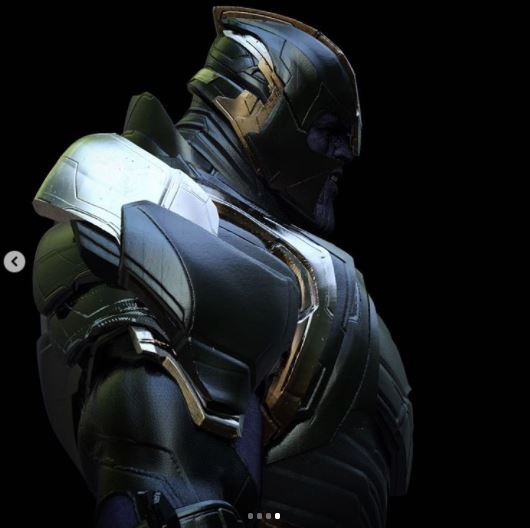 This isn’t the first time that Marantz has shared his Thanos concept art from Avengers: Endgame.

Back in April, Marantz posted to Instagram, “Was reminiscing about my experiences on Avengers: Endgame and thought I would share some process with you guys. Halfway through my design phase on Thanos, I had done a version that was very close to being completely approved.”

“I’ve already spent a ton of time on it and was excited do you have gotten it that far. Suddenly, the note from above was that they didn’t like it anymore… That happens, that happens a lot,” he continued.

Marantz then stated, “So I ended up grabbing my model, taking a screenshot and bringing it into Photoshop. I needed a new plan and sketched this out.”

He then went into his process, ” Often times if you start the design process and Zbrush you can get lost. You need to know at least 60% of your design before starting to model. Anyways, this was enough for me to get Crackin and eventually get the design through.”

As you can see above and below, this design is different from the most recent Thanos concept art he posted. He doesn’t have the bulky shoulder pads, the helmet has a different design, and even the chest piece is different. 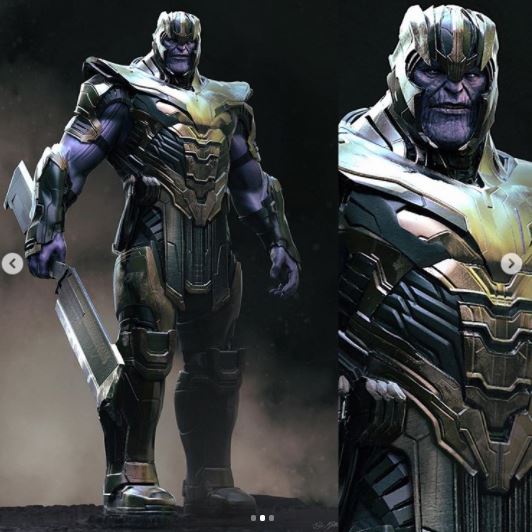 Here’s a better look at the helmet, the chest piece, and the shoulder pads. 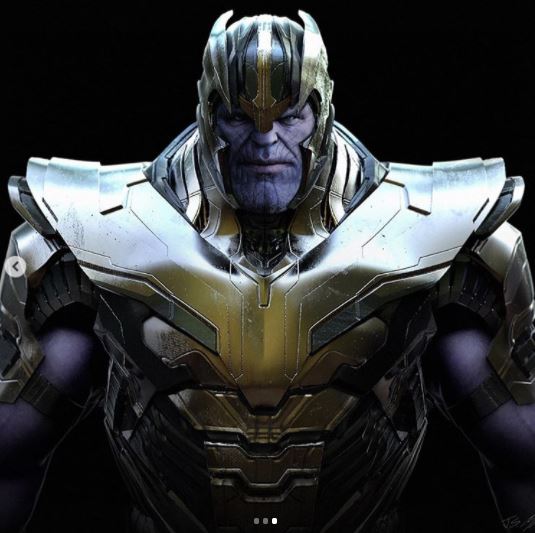 Marantz revealed still another design back in December 2019.

He wrote on Instagram, “Here’s another design option did for Thanos for Avengers: Infinity War.”

A couple of days later he would reveal “another shot of my early warrior Thanos design for Avengers: Endgame.”

Marantz posted on Instagram, “Here’s an early version of Thanos I designed for Avengers: Infinity War and Avengers: Endgame. This was in early direction exploring the idea of him being like a religious figure.”

In November 2019, he shared another design.

Marantz explained this one saying, “Close to final design for Thanos’s warrior armor in Avengers: Endgame and Infinity War.. From the waist up the design is what showed up in the film.”

He added, “I changed up the armor on the legs and the loincloth and swapped out the weapon. This was an incredible challenge.”

A few days after sharing that one, Marantz shared his final armor design.

He wrote, “My Final armor design for warrior Thanos for Avengers Endgame. This was a big challenge and I owe a big thank you to Ryan Meinerding for giving me the time to figure it out.”

“The armor had already gone through a pass I had done that was close to being approved before I had to completely start over. I did a quick sketch to get the ball rolling, got the OK and started building everything in zbrush. It took some time, but it definitely paid off,” he added.

What do you make of Marantz’s Thanos concept art? Which one is your favorite? Is there one you would rather have seen than what we got in Infinity War and Endgame?