While the West has found an intense obsession with Eastern concepts of war and battle, such as ninjas or samurais, the Japanese have a shockingly similar interest in Western, particularly medieval, histories, legends, and combat.

As a result, the anime and manga mediums have seen a bevy of series based on the adventures and aesthetics of kings, knights, and legends of old, such as Vinland Saga, Goblin Slayer, and of course, the wildly popular Fate series. 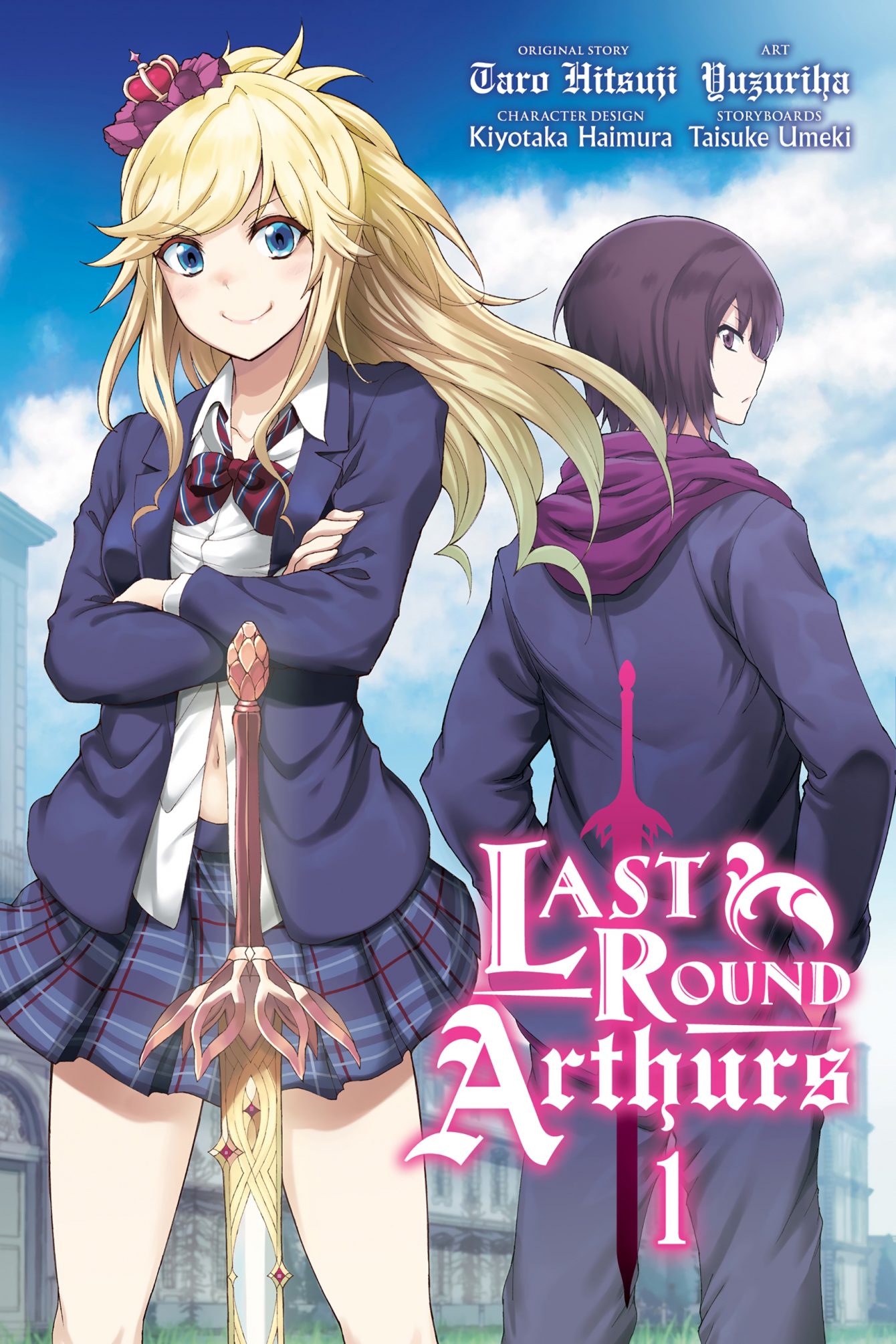 It is in this vein that Last Round Arthurs, written by Taro Hitsuji and illustrated by artist Yuzuriha, takes the Legend of King Arthur and his Knights of the Roundtable and presents readers with a somewhat standard but promising take on both the classic English fable and the genre of alternate-history manga.

In the world of Last Round Arthurs, King Arthur is not a figure whose real-world existence is regularly disputed, but is instead an established historical figure, who after his death during the Battle of Camlann, found a way to preserve his soul in order to impart his strength and abilities to his ancestors. 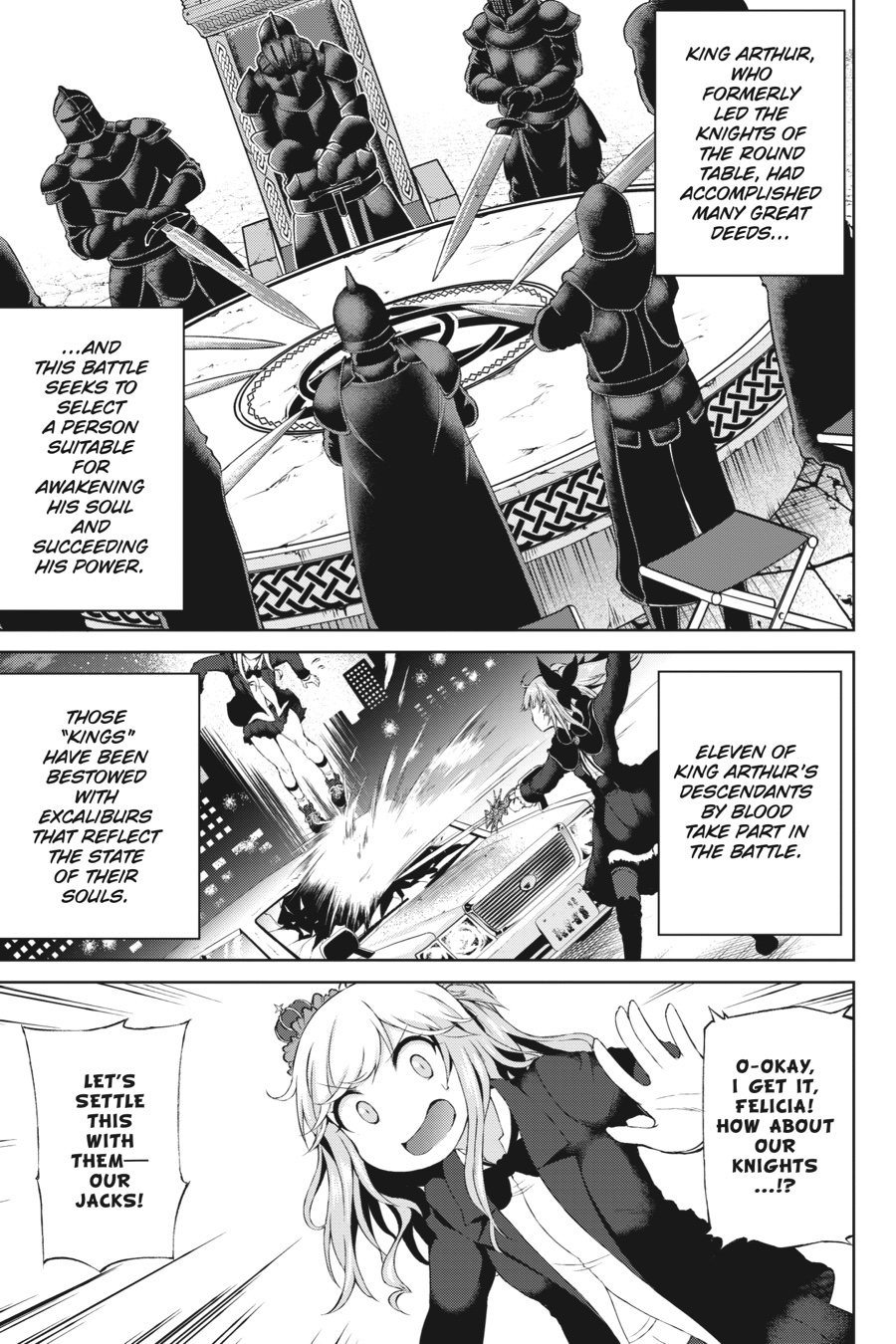 However, the method in which his descendants can acquire his powers is not easy, as those worthy of his power are required to participate in the King Arthur Inheritance Battle, a tournament between Arthur’s potential successors and their respective, summonable Knight of the Round Table.

In the first volume of the manga, readers are introduced to Luna Altur, one of eleven combatants chosen to participate in the latest instance of the King Arthur Inheritance Battle. Though she is beautiful and genuinely skilled, both physically and academically, Altur is still considered the weakest of the candidates, making her an easy target for her opponents. 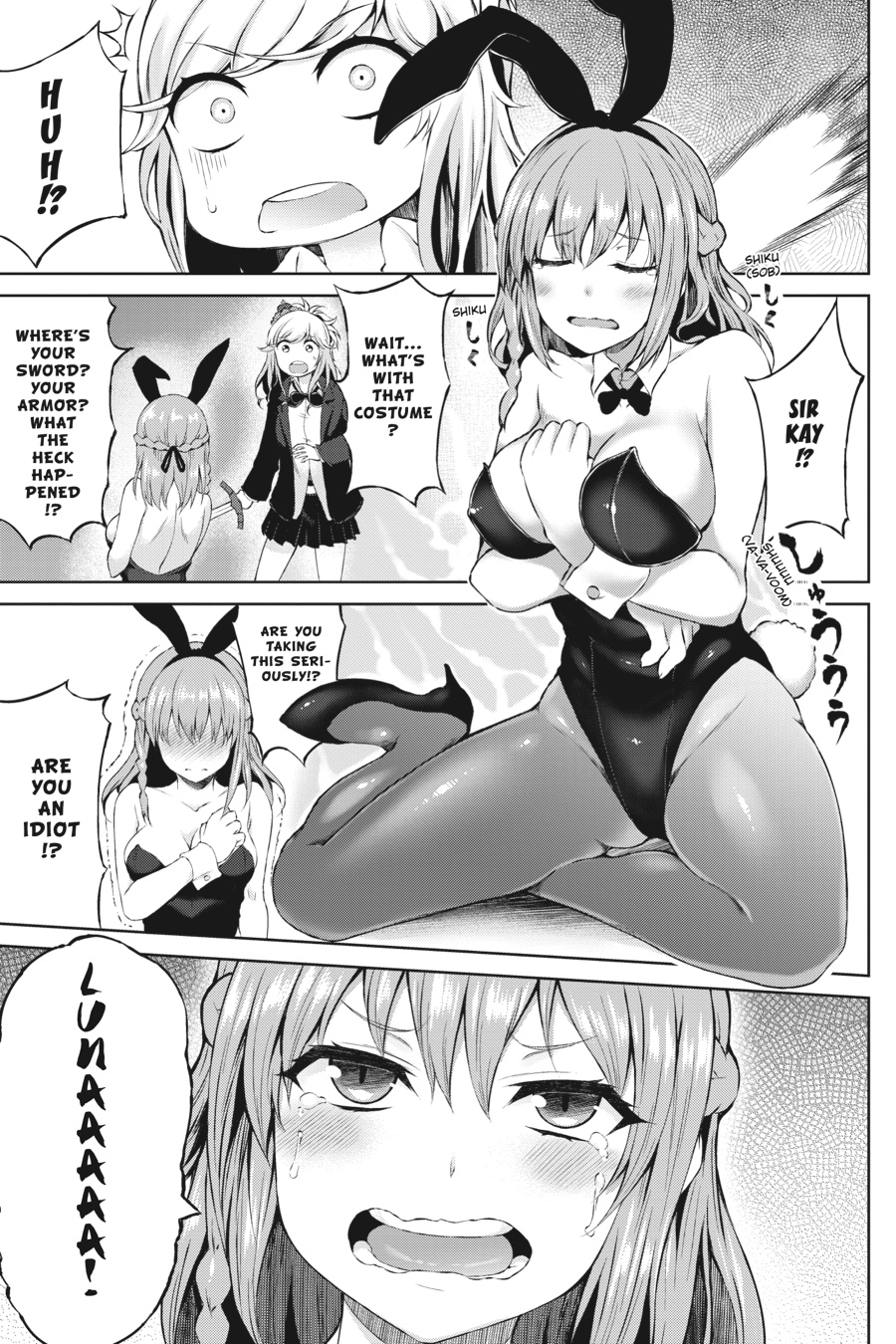 On the eve of an ambush by one of her competitors, Felicia, Luna is saved from defeat by the mysterious Magami Rintarou, a young man who is so naturally gifted and talented that he is shunned by his peers, and soon after, Rintarou joins Luna’s court and agrees to help her ascend to the metaphorical throne of her ancestor.

Alongside Sir Kay, her personally assigned Knight of the Round Table who, unsurprisingly, is presented as a cute anime girl, Luna and Rintarou set out to not only emerge victorious as Arthur’s true successor, but also keep Luna from losing her status as the beloved-but-feared student council president. 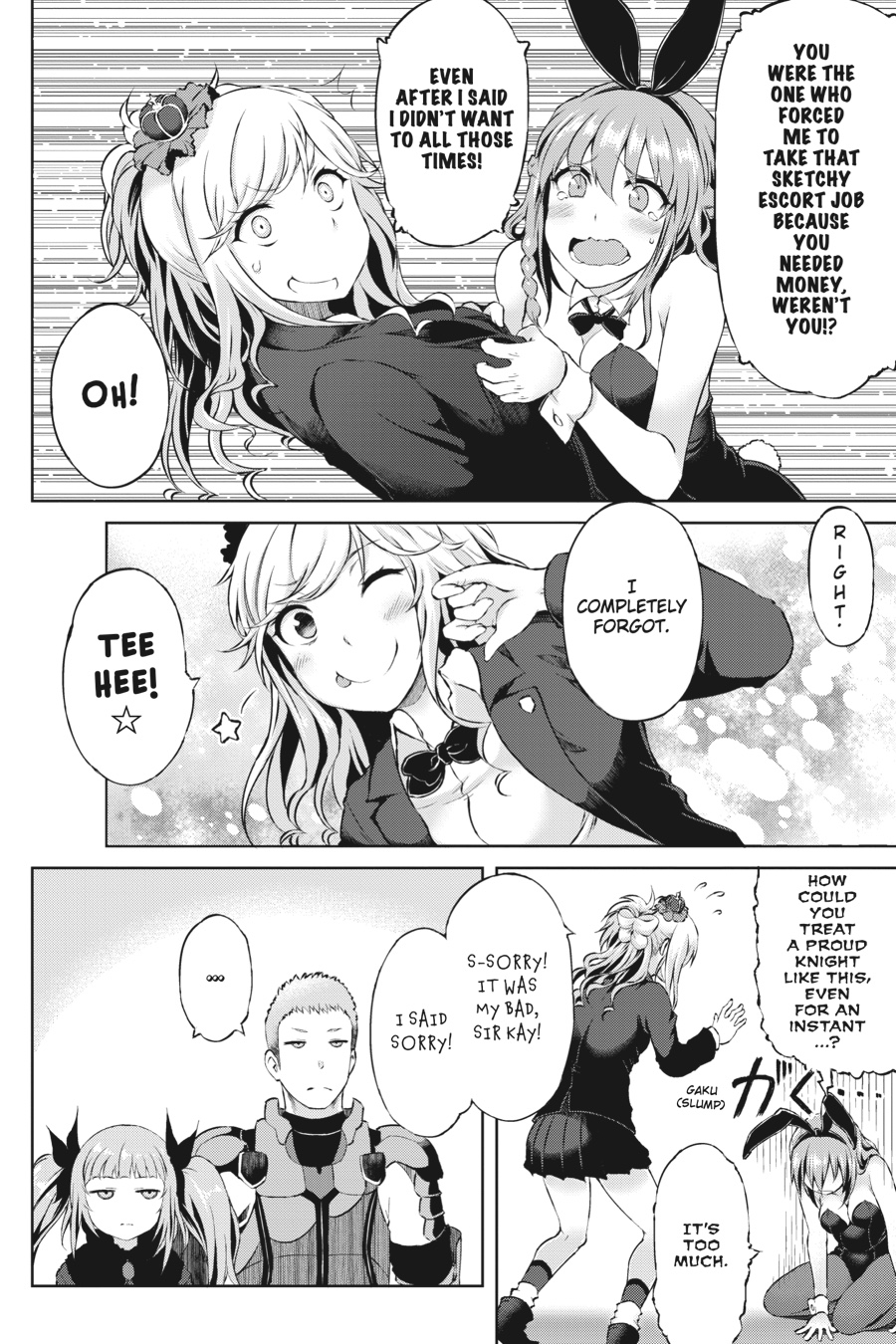 On its surface, the first volume of Last Round Arthurs presents little that manga readers haven’t seen before. Student councils, summonable knights, alternate-female-versions-of-classic-figures, and a mysterious, overpowered deuteragonist are rather common tropes, and this first volume does little to truly differentiate itself from its peers.

This also rings true for the art, as though the art is obviously well-done, with even classical medieval armors being given an appropriate amount of detail and attention, Last Round Arthurs feels very generically anime, which is disappointing considering that the series places a heavy emphasis on medieval legend, magic sigils, and combat prowess, all of which offer unrealized opportunities for highly-detailed illustrations or interestingly unique effects. 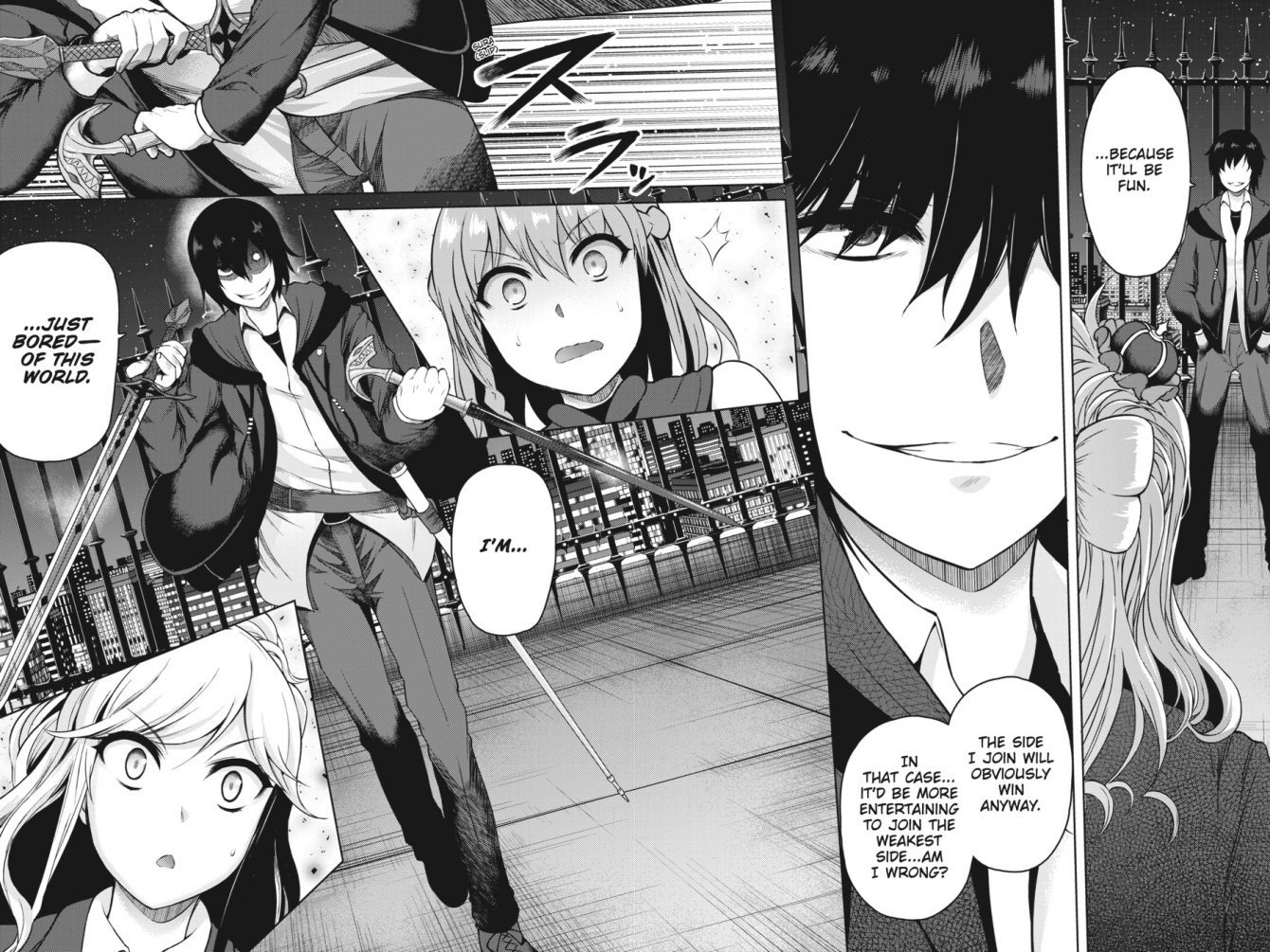 Though the overall story also suffers from this generic feeling, with many beats being fairly typical for a manga of this style, moments such as Luna abusing her power over Sir Kay in order to make her work as an idol or café waitress in order to make extra money, Rintarou’s extraordinary abilities causing him to be ostracized by even his parents, and the concept of the King Arthur Inheritance Battle serve to give the series its own distinct identity and entice the readers into seeing how these threads will play out.

Overall, Last Round Arthurs is a series with a lot of promise. For those interested in Last Round Arthurs, it would perhaps be best to wait to pick up this first tankobon alongside the second, otherwise one runs the risk of losing interest in what, on the surface, appears to be yet another isekai-adjacent series and missing out on the potential it has to offer. 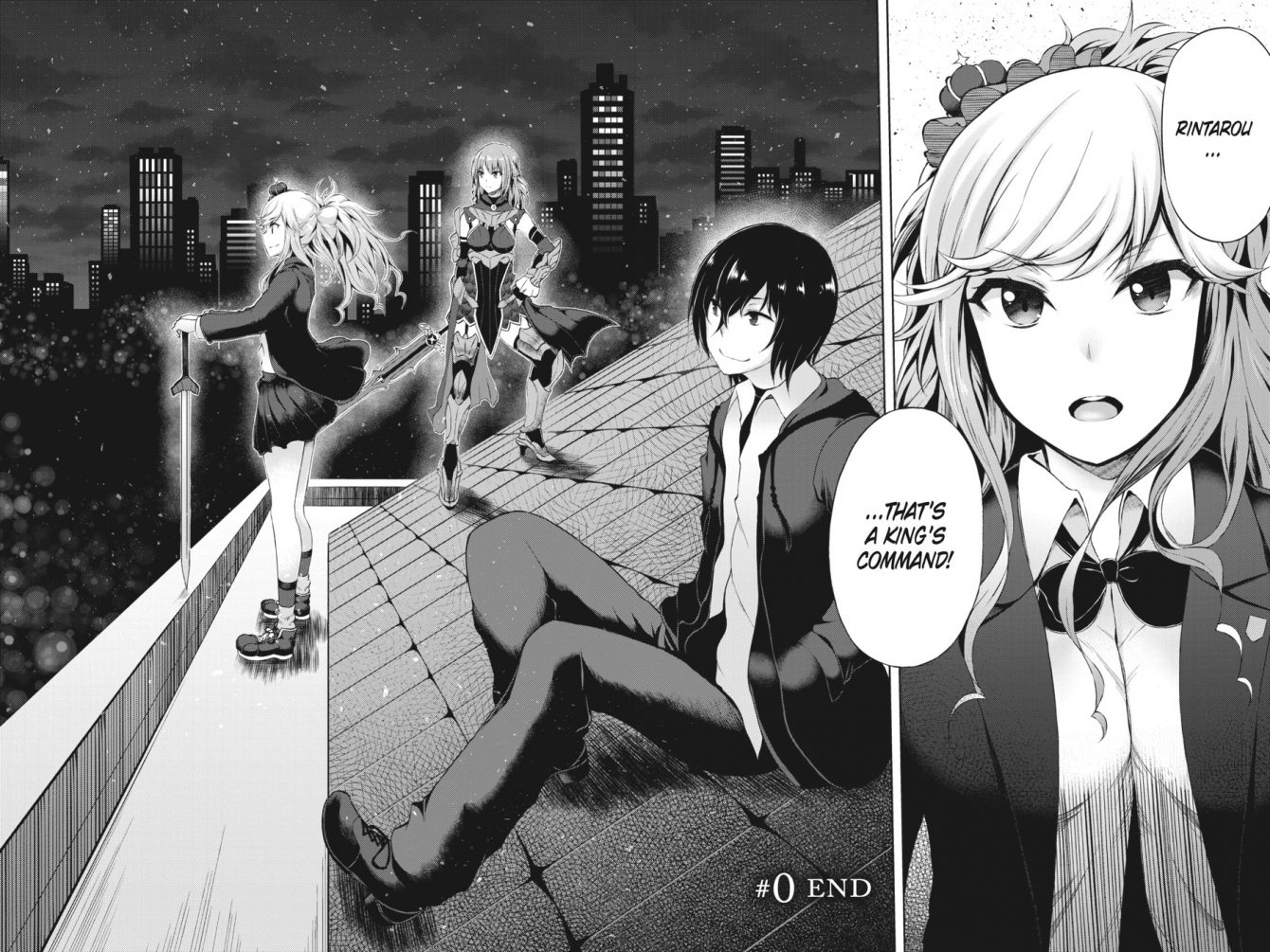 While this first volume may be a bit blasé, the concepts, characters, and story arcs set up within provide just enough promise and interest to keep readers turning the pages for at least the next volume or two.

A review copy of this volume was provided by Yen Press.