The latest casting announcement for Netflix’s upcoming live-action adaptation of Cowboy Bebop has revealed that Gren will be genderswapped from male to ‘non-binary’. 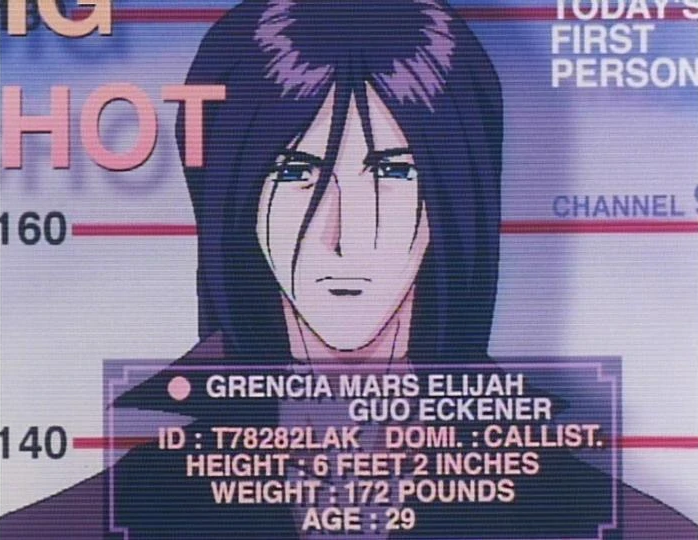 Netflix also provided brief descriptions of each character, which provided clues as to their roles in the upcoming series:

Based on the worldwide phenomenon from Sunrise Inc., Cowboy Bebop is the jazz-inspired, genre-bending story of a rag-tag crew of bounty hunters on the run from their pasts, as they hunt down the solar system’s most dangerous criminals. They’ll even save the world…for the right price.

Stults is Chalmers, the epitome of a Western lawman. He is also Jet Black’s former co-detective in the ISSP’s Homicide Division. He wears a chronic smile that makes you want to punch him square in the face… especially Jet. And that’s only partly because Chalmers is dating his ex-wife these days.

Tunie plays Ana, the proprietor of the hottest underground bluesy jazz club on Mars. And while she acts as a surrogate mom to Spike, there is nothing warm and cuddly about her. Cool and intense, Ana is definitely not a woman to be trifled with.

Park portrays Gren, Ana’s right-hand person. They run the front of the house for Ana’s jazz club. As capable with their wit as a glock, as confident in a dress as a suit, they are a Bowie-esque embodiment of 22nd century handsome and seductive beauty.

House is Mao, the Capo of the Syndicate’s “White Tigers” family. Despite, or perhaps because of, her blue collar background, Mao is more cunning, adept, crafty and deadly than her counterparts.

Truong and Xuande are Shin and Lin. Dressed to kill (because they do), Shin and Lin serve as Vicious’ twin Syndicate henchman. Despite being fearful of their volatile boss, they are fiercely loyal to Vicious in his quest (for reasons we have yet to understand) to take down Spike Spiegel.” 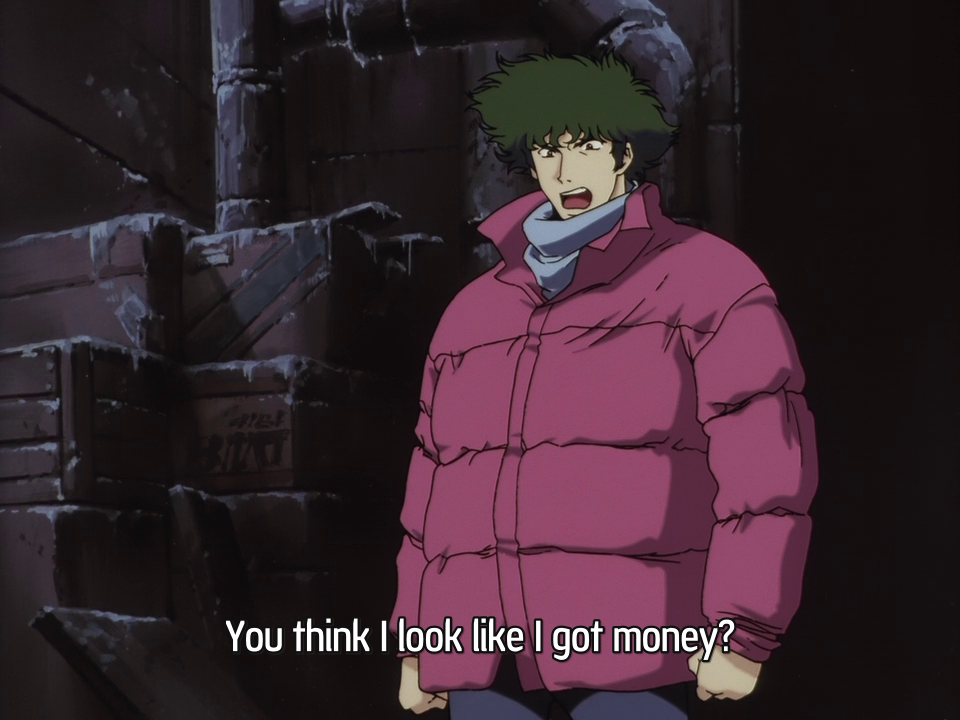 According to those descriptions, it appears that, aside from Xuande’s Shin, the established characters have seen changes to their original characters in the leap to Netflix, with Lin and Mao being reimagined as women and Mao’s criminal syndicate being changed from the ‘Red Dragon’ to the ‘White Tiger’.

One of the most notable differences can be seen in the description of Park’s Gren, whose character is is referred to with generic ‘they/them’ pronouns, a specific word choice indicating that the character will now identify as a ‘non-binary’ individual instead of as a male, as their original anime counterpart did. 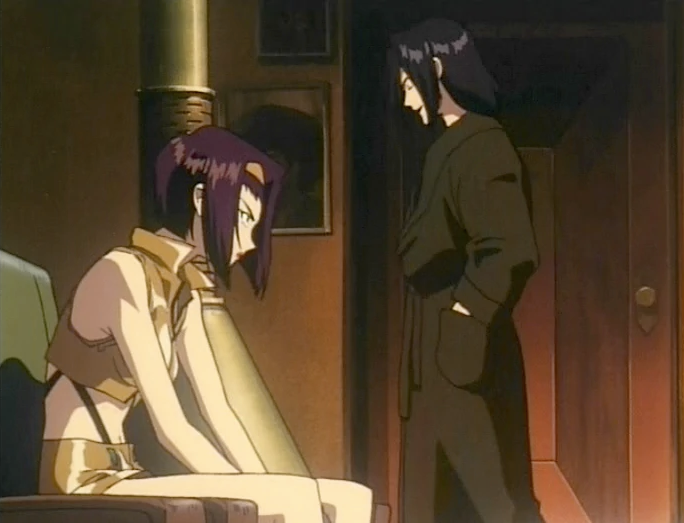 In the original anime series, Gren is seen to be a veteran of the Titan War, having served alongside series antagonist Vicious, and eventually being unknowingly accused of being a spy by the silver-haired man after the war had ended, resulting in his trial and eventual imprisonment.

After hearing rumor that Vicious was the one who betrayed him, Gren found himself mentally unable to comprehend the information, and was forcibly administered an experimental drug by prison doctors in a desperate bid to curb his wild emotions. 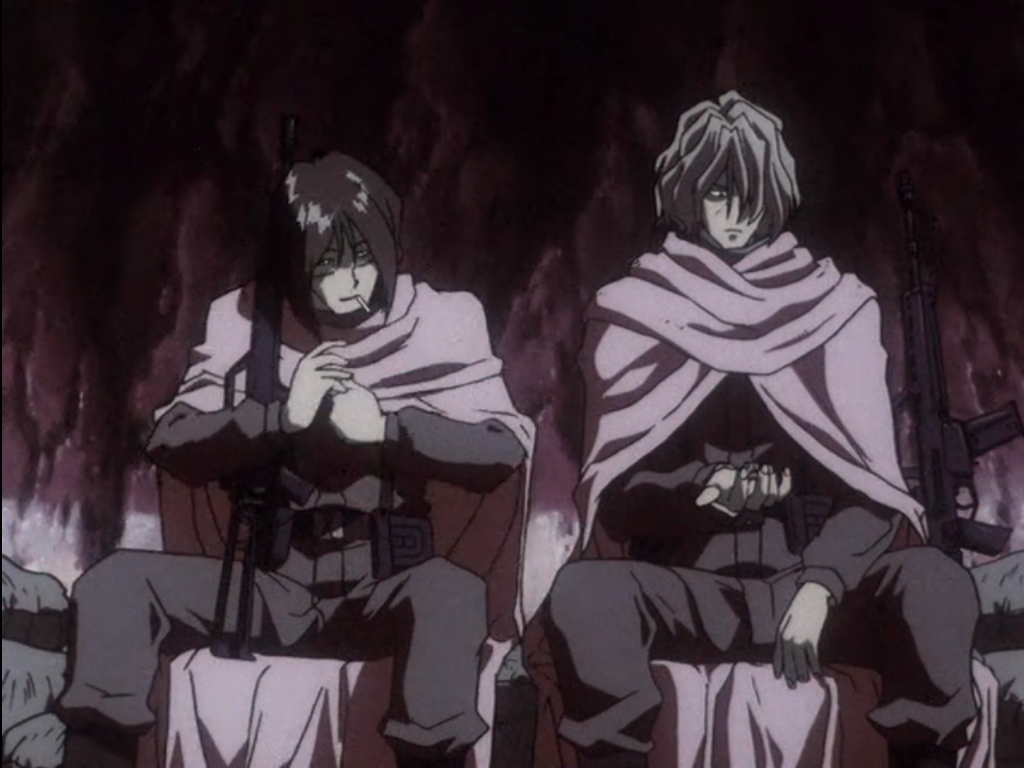 Though the drug was ultimately successful in calming Gren’s violent emotional reactions, the drug was not without its side effects, and the war veteran soon grew a full-pair of female breasts, a quality discovered by Faye after she confronts him in the shower following a realization that he had a connection to vicious.

When questioned by Faye on his gender, Gren informs her that “I am both, but I am neither,” and despite his intersex qualities, continues to refer to himself by his original male pronouns. 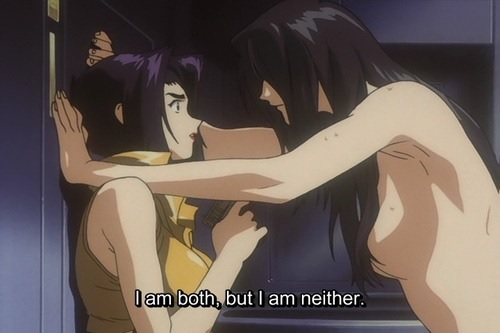 This change in gender now brings the character of Gren with the identity of their actor, Park, who themselves identifies as a non-binary individual.

“Revolutionary as the original anime was, the vocabulary we have today for LGBTQ+ people didn’t quite exist when it aired.” said Netflix in a tweet from the @most account, introducing Park as Gren. “For the upcoming live action adaptation, the character is being reimagined as nonbinary with a nonbinary actor.” 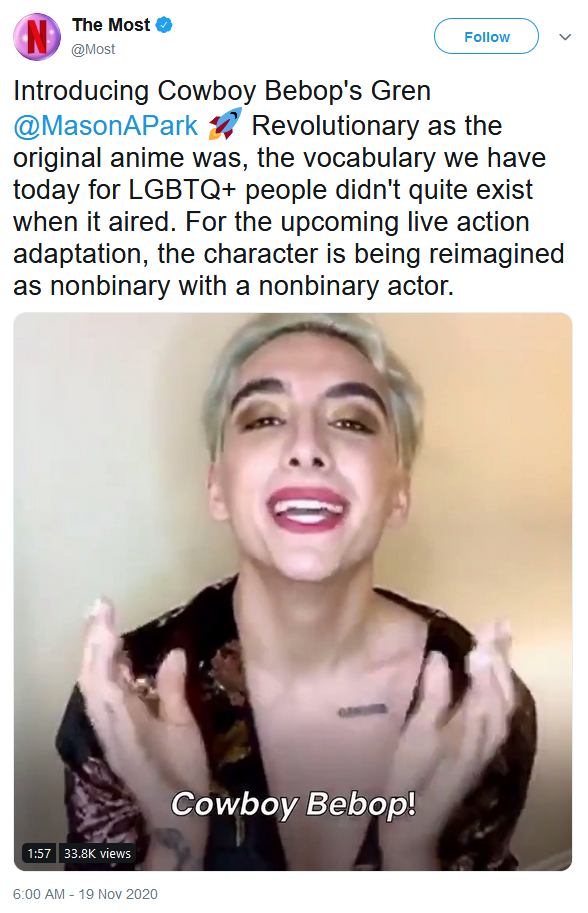 As with many changes to established characters in new adaptations, fans took poorly to this genderswap, and in response to the backlash, Park took to Twitter to give critics “a friendly reminder that your transphobic reactions/tweets about Gren saying we are “changing” the character for some woke culture isn’t in line with the original.”

“Gren self described as “both at once and neither one” in the anime,” noted Park. “So… sorry bout it.” 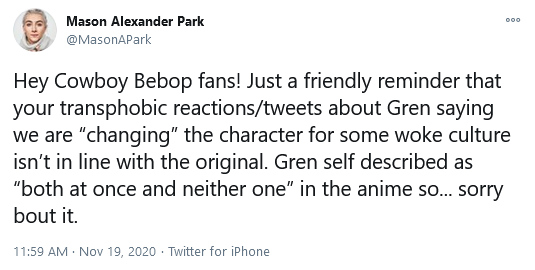 Park went on to describe how they were “so thrilled to see all the positive reactions on Twitter today,” as it made them very happy “to get to inhabit a complicated character that pushed boundaries in the 90s, and give them a small facelift for modern audiences,” while also reminding critics that “it’s an adaptation, you can always watch the OG!” 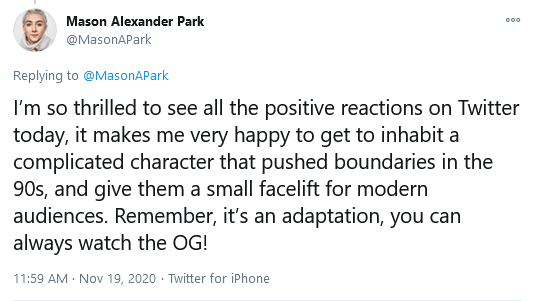 “Sending love to everyone who adores the anime as much as I, but I won’t tolerate any of this cis white male attitude that thinks the world revolves around them and their comfort,” Park added. “Watanabe created a diverse world, and we are just building onto that. So sorry but Gren is TRANS BYE!” 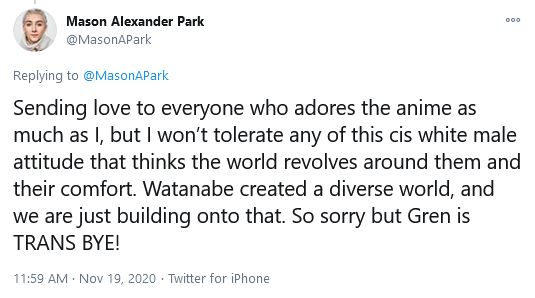 What do you make of this change? Let us know your opinion on social media or in the comments down below!