The Wolf of Wall Street actor Matthew McConaughey recently called out leftist Hollywood and Hollywood culture during an appearance on Russel Brand’s Under The Skin podcast while promoting his book Greenlights.

Brand brought up the topic of politics asking McConaughey, “Hey, I’ve got a bit of a political question. How do you feel coming from where you’re coming from, it’s something that I consider a lot. I don’t know how it is in your country  so much although I have lived there for awhile.”

“Once you’re a famous person people think that’s all you are and that’s all you’ve ever known. I guess why a lot of people who enjoy reading this book seeing where you’re coming from. The sheer amount of times you find yourself naked and in fistfights and brawling and stuff,” he continued. 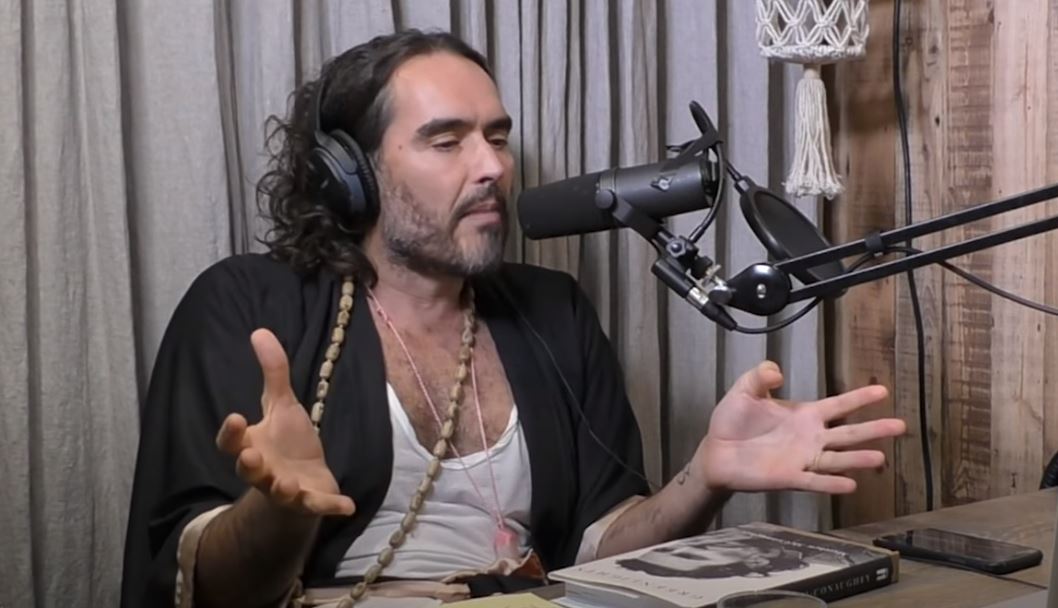 Brand then added, “Sometimes I feel that people don’t reckon that people come from anywhere. Now, we live in a time I feel, in my country and in yours, where there’s this sort of, I have sensed a lot of condemnation and criticism of what I might describe as ordinary working people. A kind of offhandedness of like, ‘Oh they’re dumb. They’re voting for Brexit. They’re voting for Trump.'”

He went on, “I don’t like it and I don’t like to hear it because of my own experiences and my own upbringing, which I’ll happily testify are not nearly so dramatic as yours there… I’ve spent enough time with people that are being described in this manner to feel ill at ease with it.”

Brand then asked, “How do you feel about that kind of judgment? When you talk about these values that you were describing earlier, do you feel that there is a way of meshing together these apparently disparate groups now. These liberal professional classes and these, what you might describe as working ordinary people of any color or variety?” 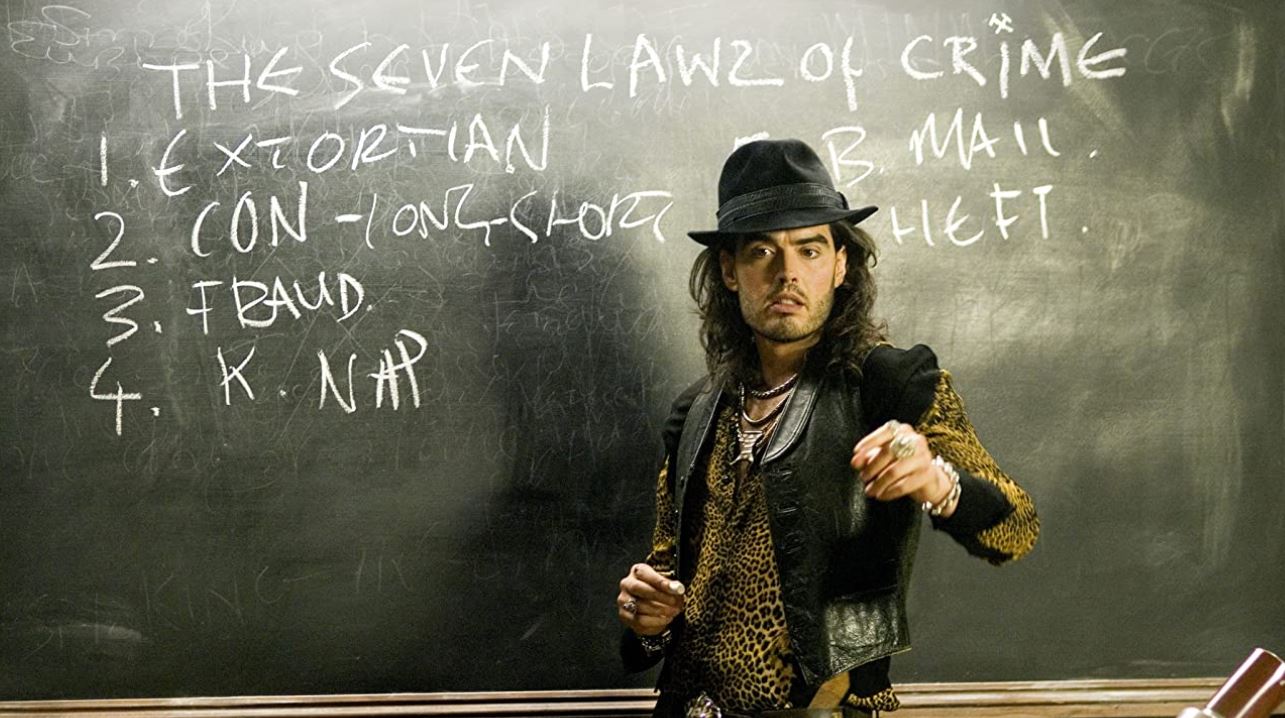 McConaughey would simply respond, “That’s my hope.” He then went on to describe the work he feels like he needs to do in order to turn that hope into reality specifically describing it as “aggressively centrist.”

He would later state, “The far left… who do. There is a lot on that illiberal left that absolutely condescend, patronize, or arrogant to that other fifty percent.”

McConaughey continued, “Many people, I’m sure you saw it, in our industry when Trump was voted in four years ago, they were in denial that was real. And some of them were in absolute denial.” 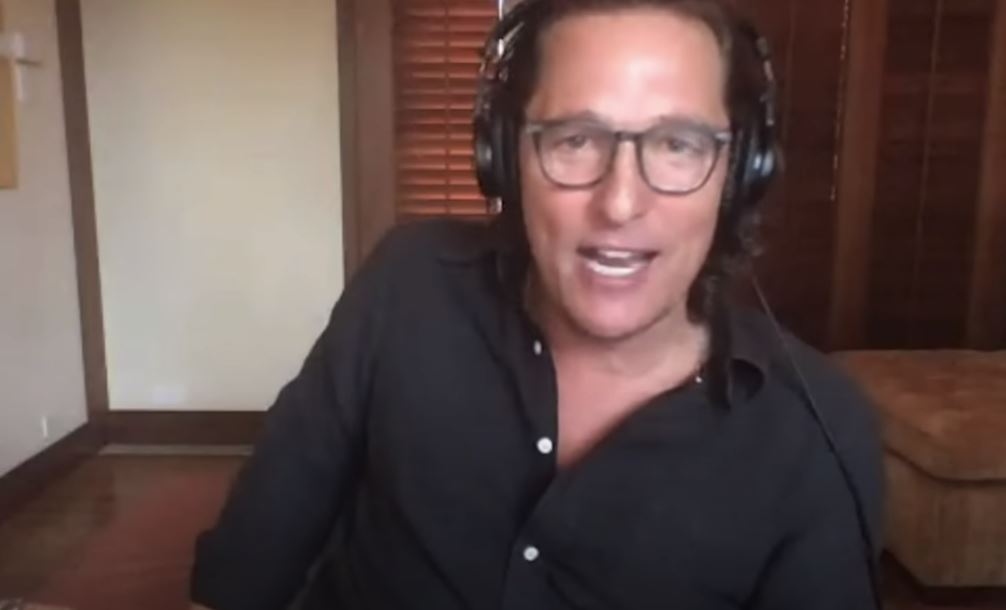 He would go on to claim that the right is now in denial following the most recent election saying, “We’re going to see if we can stabilize coming out of looks like Biden’s our guy. Well, now you’ve got the right that is in denial because they are saying it’s fake news. And I understand, they’ve been fed fake news . No one knows who the hell to believe.”

“So, they’re putting down their last bastion of defense,” the actor added. 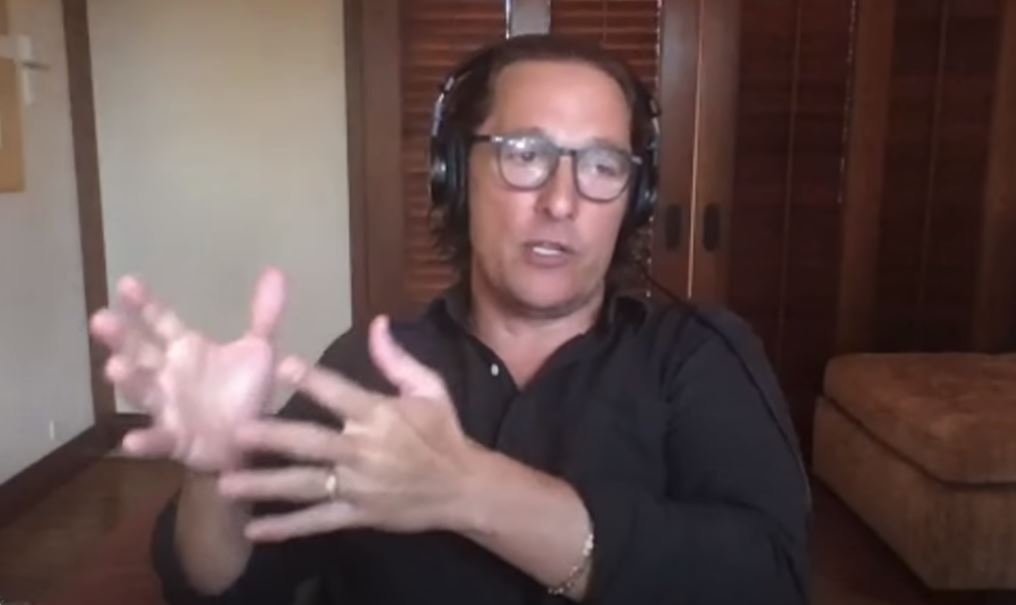 However, he goes on to state the left doesn’t just try to encourage people to vote in their campaigns. McConaughey explains, “Then they can’t help themselves at the very end of it they go, ‘So, we don’t let those criminal bastards get back in office.”

Maybe the most interesting part of the clip, is at the very end where Brand criticizes modern day western society. He states, “Part of my own relationship with God is to try and find within myself, my temporal self, my transient, passing, dying self where I can access eternal principles, honor, integrity, decency, kindness, and one by one try to eliminate things that don’t make sense to me.”

“But I guess what I feel like is when you are talking about those values of those young people there. That’ not happening in a void obviously and I understand that that’s your point that they are seeing success achieved via objectification and disposable sex,” Brand elaborated. 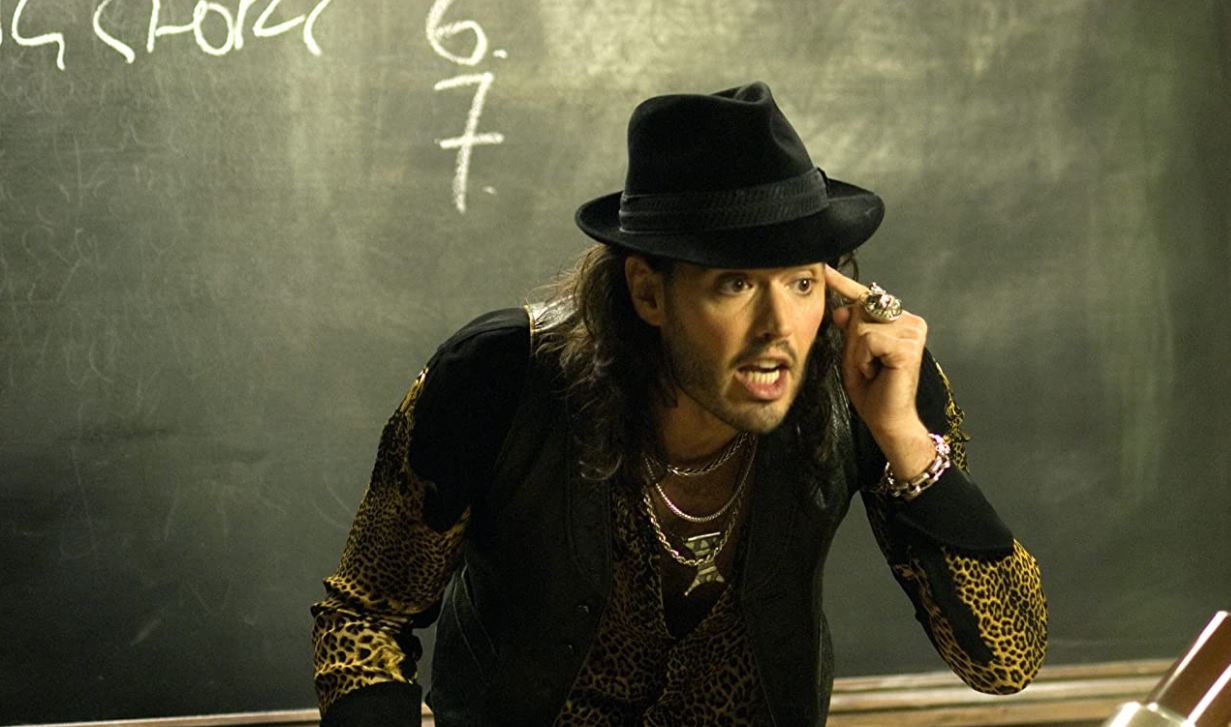 He then stated, “And I think about my own life. The kind of messaging I received. If you ain’t famous, if you ain’t got money you’re nothing. That’s not from my family, from my mother. That was from the culture.”

He then questioned, “Where are the institutions? Education institutions are primarily preparing people for a life of you better become a valuable commodity to this system otherwise you are discarded. Where are people saying you are valuable, you are beautiful, but you have duties and responsibilities?”

Brand concludes, “These ideas are lost in the morass of this sort of pyramidal structures that I would say reach tipping point.”

What do you make of McConaughey and Brand’s commentary regarding leftist Hollywood and Hollywood culture in general?