Actress Charlize Theron, who recently appeared in Netflix’s The Old Guard, took to Twitter to campaign for a lesbian version of Die Hard.

The idea of a lesbian version of Die Hard was pitched by Twitter user @f_osis on December 5th.

They wrote, “Lesbian Christmas rom coms are all well and good but what I REALLY want is a Die Hard where Charlize Theron goes on a rampage to save her wife.” 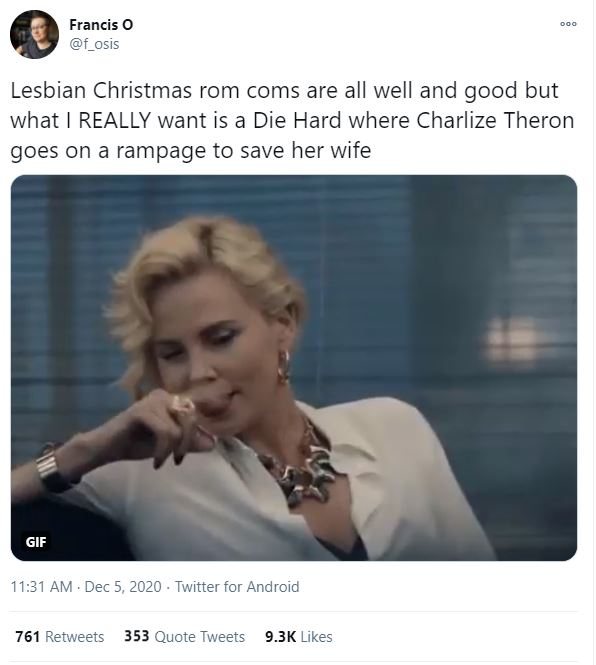 Theron would get on board of the idea responding to the tweet stating, “Where do I sign.” 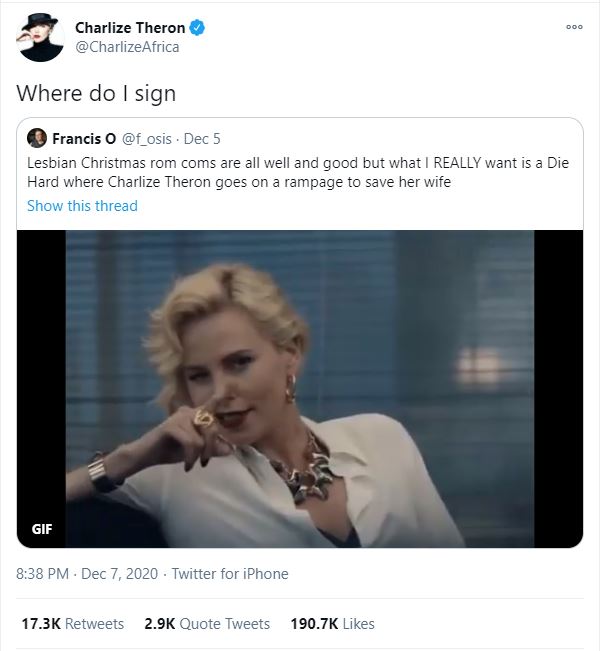 Following Theron campaigning for the film, fellow actress Hannah Simone, who is known for her role as Cece Parekh in New the New Girl TV series, also threw her hat into the ring.

Simone responded to Theron on Twitter writing, “Let me know if you need a tired Indian wife who doesn’t like to run fast even when danger is present and therefore would need all the saving.”

Theron appeared to be behind the idea of Simone. She responded, “I got your back boo!”

Theron made headlines last year when she declared that she believed her child was a boy.

Theron spoke with The Daily Mail about her oldest child Jackson, who the actress adopted as a baby, back in April 2019.

“Yes, I thought she was a boy, too,” Theron stated. “Until she looked at me when she was three years old and said: ‘I am not a boy!” 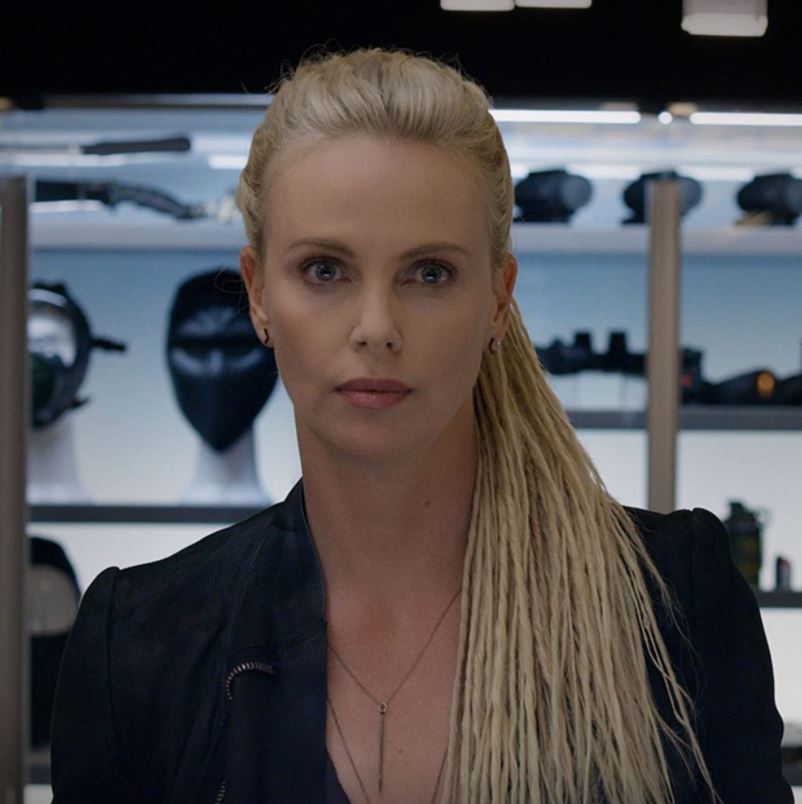 Theron continued, “So there you go! I have two beautiful daughters who, just like any parent, I want to protect and I want to see thrive.”

“They were born who they are and exactly where in the world both of them get to find themselves as they grow up, and who they want to be, is not for me to decide,” Theron continued.

The actress then stated, “My job as a parent is to celebrate them and to love them and to make sure that they have everything they need in order to be what they want to be.”

She concluded, “And I will do everything in my power for my kids to have that right and to be protected within that.” 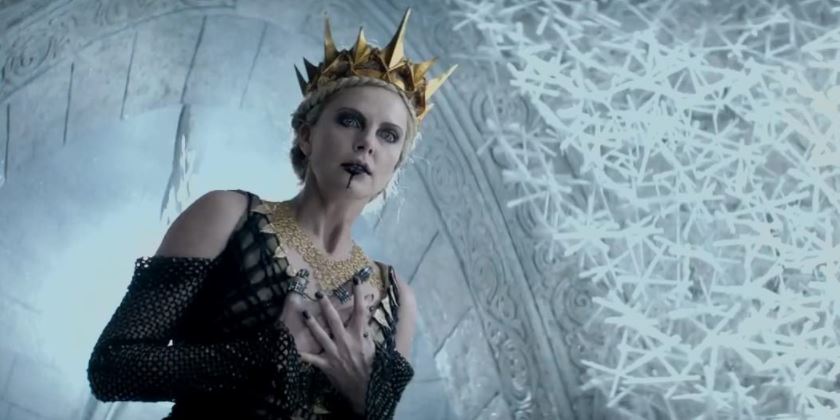 A few months later, Theron would again make headlines when she asked for the world to “use the right pronouns” for her child, Jackson.

Theron spoke with Pride Source and was asked, “I’m curious if having a daughter who happens to be transgender influences your decisions when it comes to taking on the LGBTQ characters you do or, for that matter, don’t.”

The actresses responded, “Well, this is all pretty new for us, so it hasn’t really kind of come into question. I don’t really necessarily know if it will. My daughter’s story is really her story, and one day, if she chooses, she’ll tell her story.”

She then added, “I feel like as her mother, for me, it was important to let the world know that I would appreciate it if they would use the right pronouns for her.”

What do you make of Theron’s campaign to star in a lesbian version of Die Hard? Would you watch that?