Instead of having Allen voice the character, they announced that Buzz will be voiced by former Captain America actor Chris Evans. 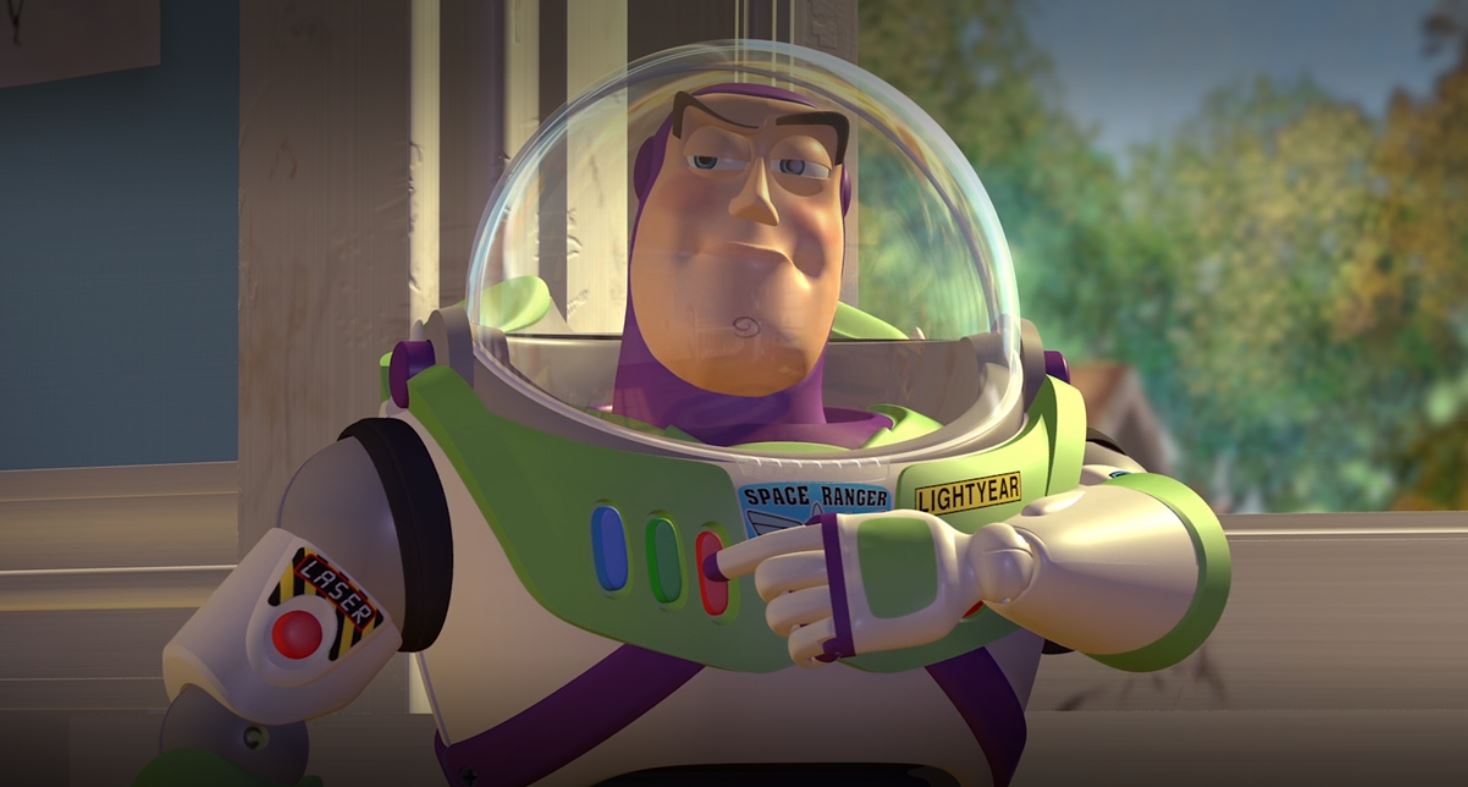 Allen previously voiced Buzz Lightyear in the original Toy Story movie that debuted back in 1995.

He would go on to voice Buzz Lightyear in all of the major Toy Story sequels including Toy Story 2, Toy Story 3, and Toy Story 4.

Allen even voiced the character in the direct-to-video film Buzz Lightyear of Star Command: The Adventure Begins.

Allen has also voiced the character in a number of video games as well as a number of animated shorts produced by Pixar. 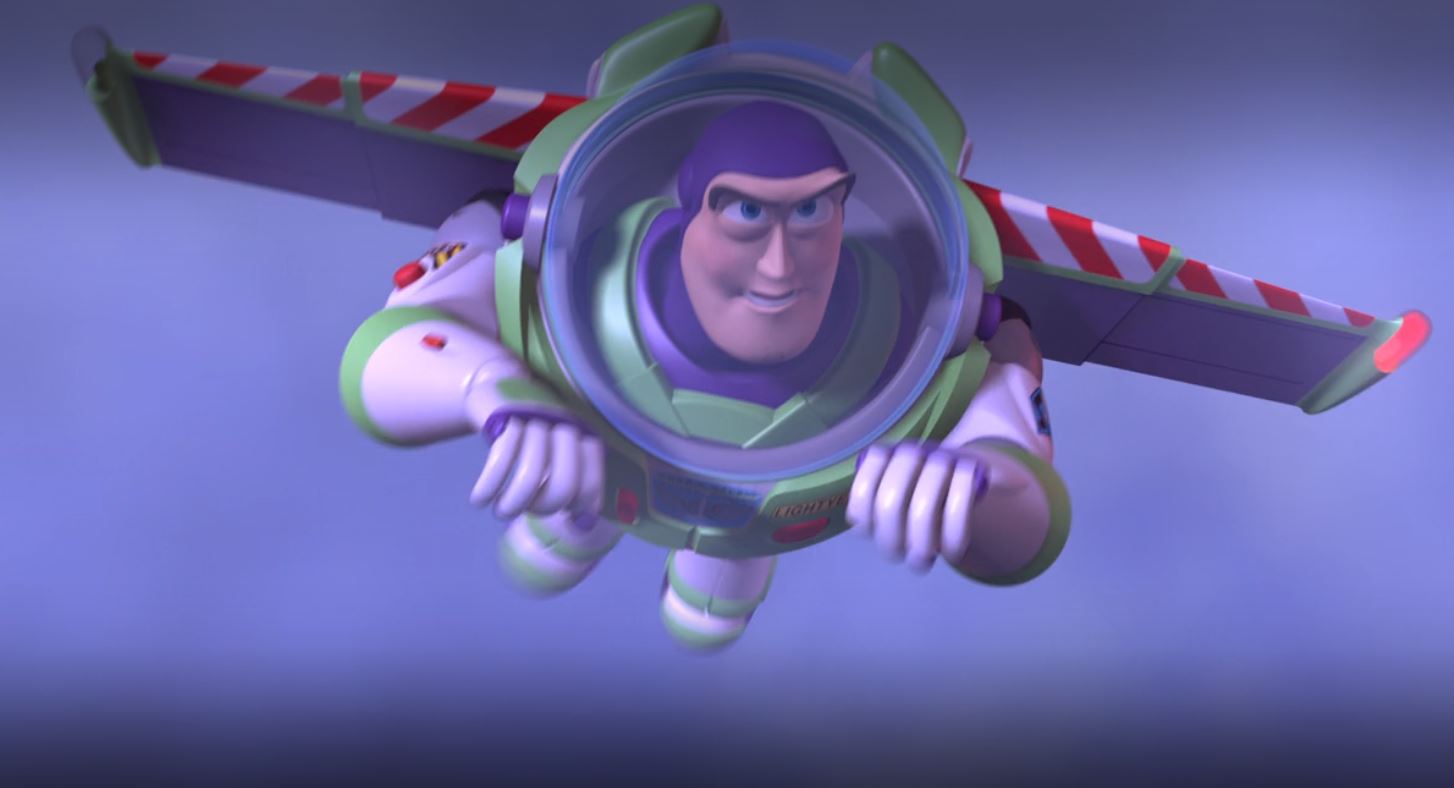 He did not voice the character in the Buzz Lightyear of Star Command animated series that ran from 2000-2001. Patrick Warburton voiced Buzz in that show.

As for what the actual film will be about, the official Pixar Twitter handle says Lightyear will be “the definitive story of the original Buzz Lightyear.” 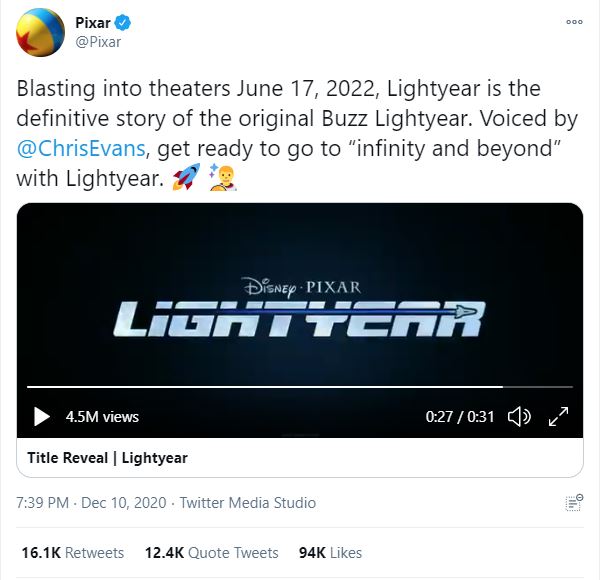 Pixar Chief Creative Officer Pete Doctor elaborated during the presentation stating, “At first glance you might think this is a Toy Story film. Well, not so fast.”

He continued, “See, back when we created the first Toy Story, we designed Buzz Lightyear with the idea that he was a toy based on some really cool character from an epic blockbuster film.”

“Well, all these years later we decided it’s time to make that film,” he added.

Doctor went on to state, “Directed by Pixar vet Angus McLean, co-director of Finding Dory, Lightyear is the definitive origin story of the original Buzz Lightyear. And it reveals how this young test pilot became the Space Ranger we all know him to be today.”

Doctor concluded, “We can’t wait to take audiences to infinity and beyond as Lightyear launches into theaters in the summer of 2022.”

The official Pixar account would echo Doctor’s comments describing Lightyear as a test pilot stating, “Here’s a first look of the young test pilot that became the Space Ranger we all know him to be today.”

They also officially revealed that “Lightyear launches into theaters June 17, 2022.” 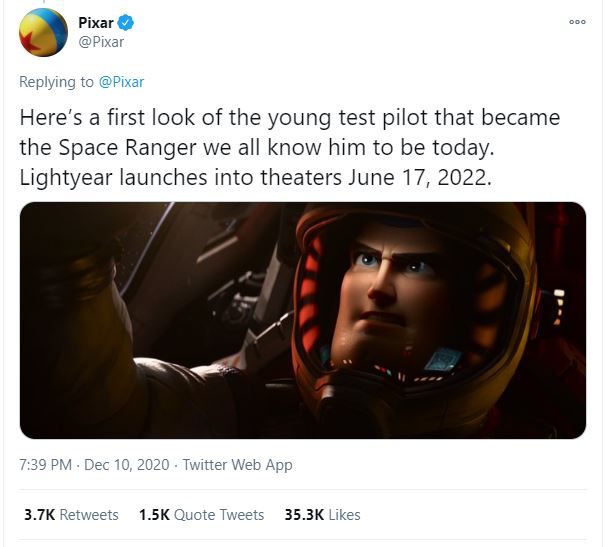 In the original Toy Story movie it is revealed that Buzz Lightyear is “a member of the elite Universe Protection Unit of the SPACE RANGER Corps.”

He protects “the galaxy from the threat of invasion from the Evil Emperor Zurg, sworn enemy of the Galactic Alliance.” 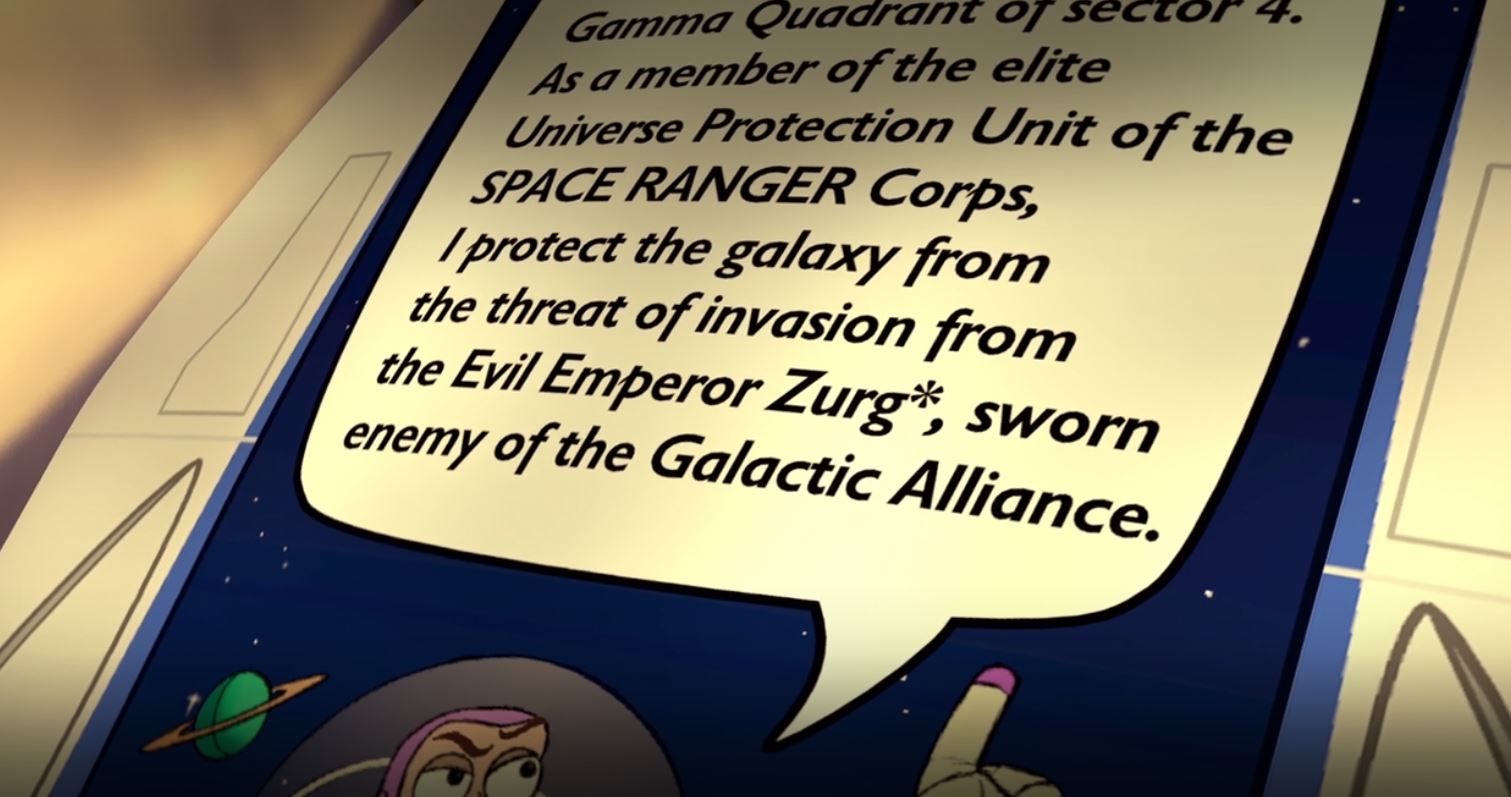 We find more about Buzz Lightyear in the opening scene of Toy Story 2, where Rex is playing a Buzz Lightyear video game set in Sector 4 of the Gamma Quadrant.

In the video game, Lightyear is on a solo mission to an unnamed planet believed to be the location of Zurg’s fortress. He’s able to infiltrate Zurg’s base, but it was an elaborate trap by Zurg who vaporizes Lightyear with his cannon. 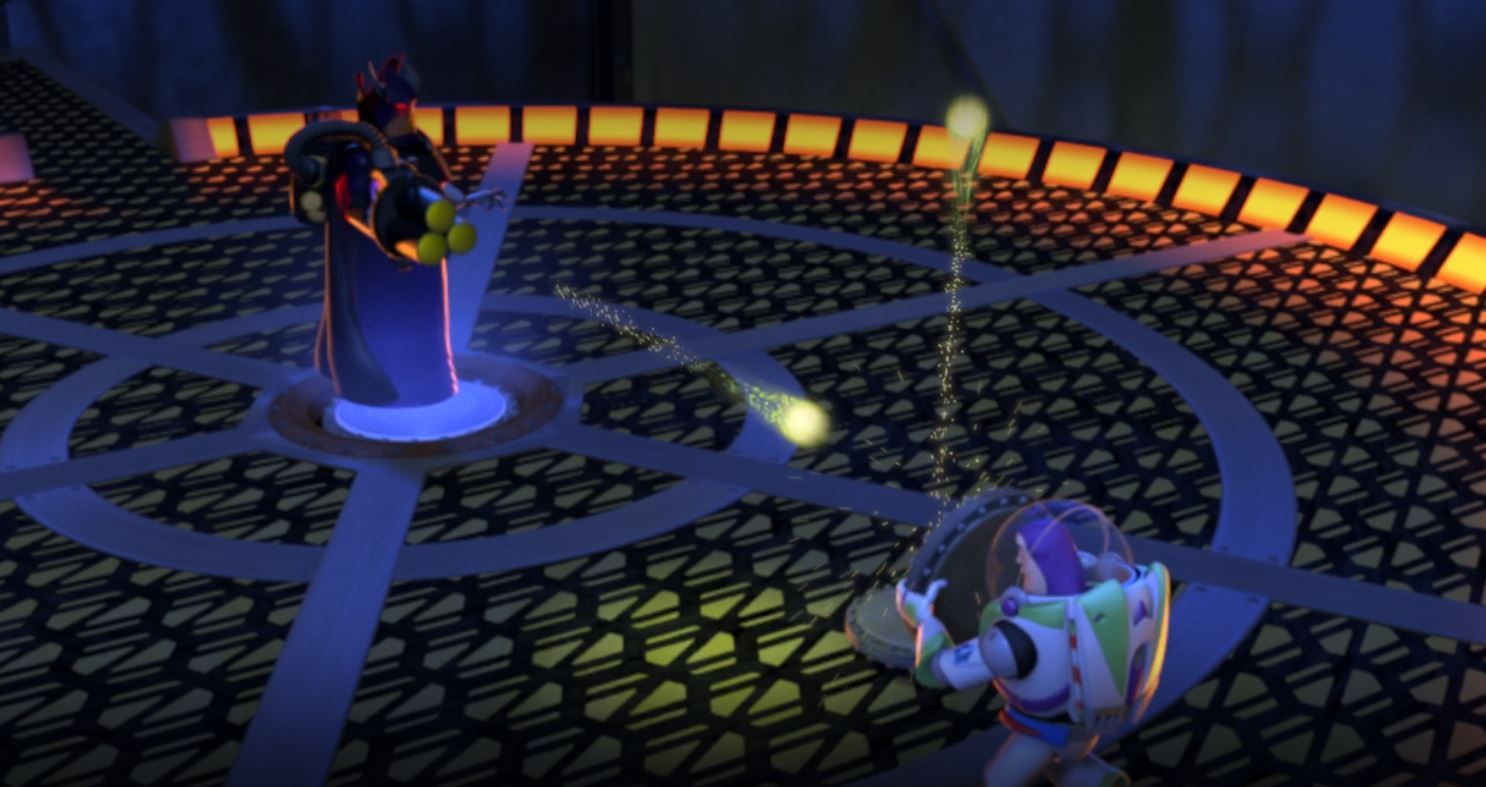 Later in the movie we would eventually discover that the video game is called Buzz Lightyear: Attack On Zurg. 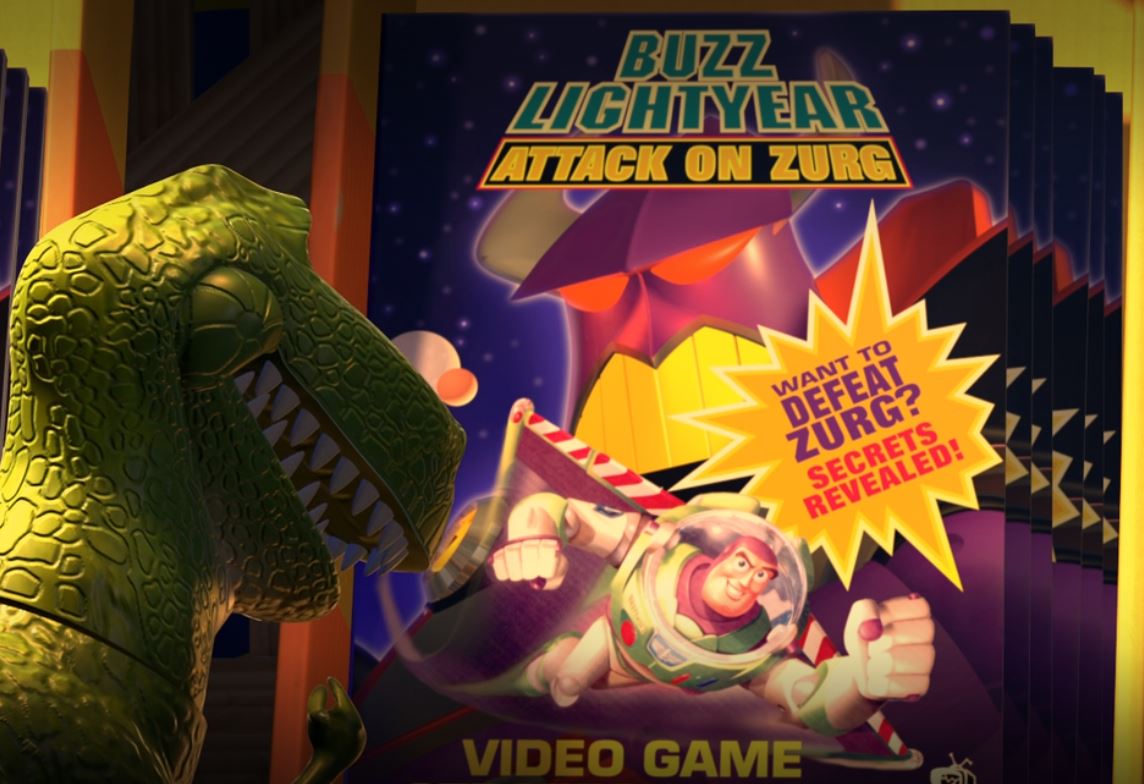 Not only that, but in an homage to Star Wars, it’s revealed that Buzz Lightyear is actually the son of Zurg. 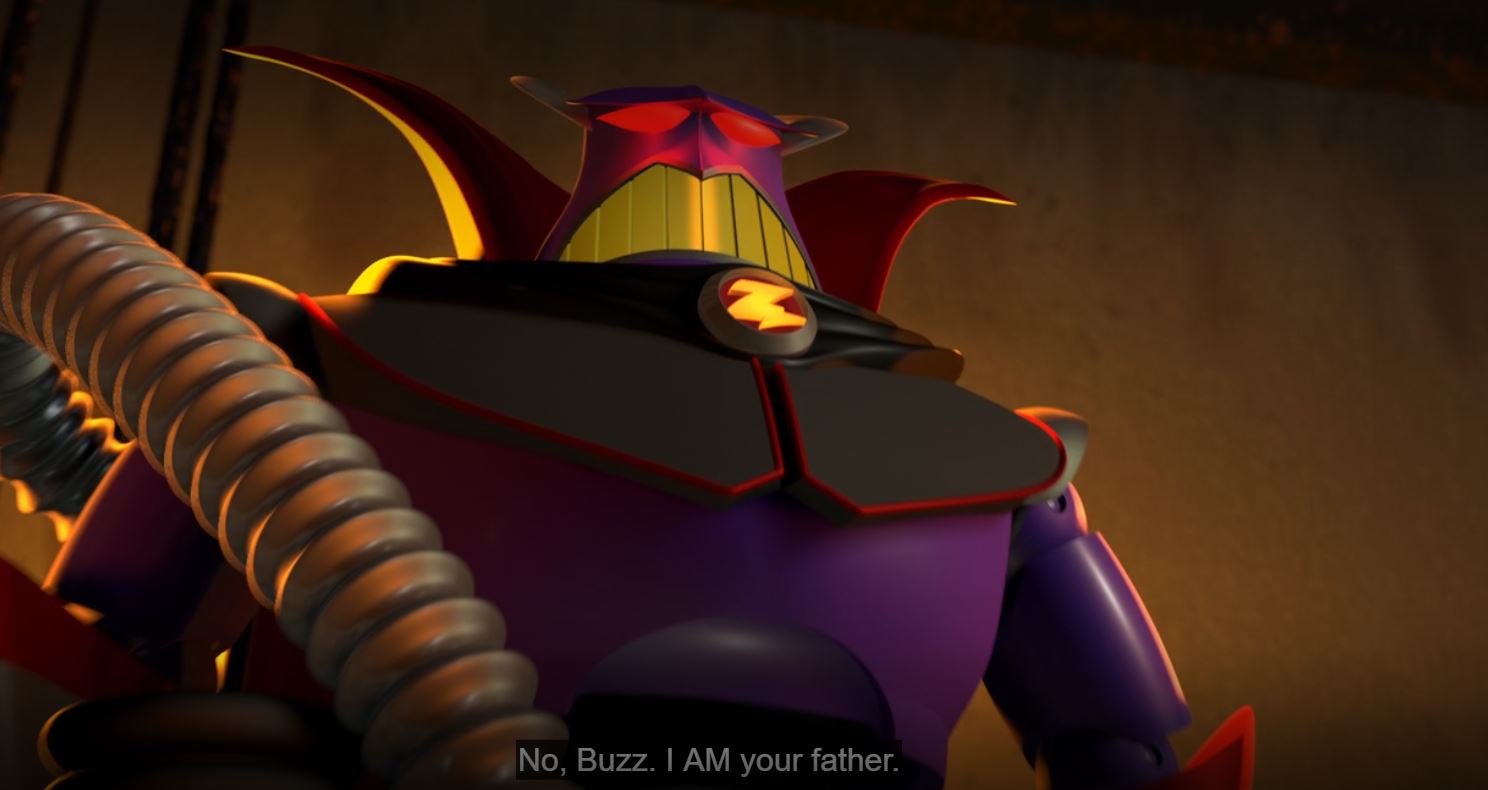 What do you make of the fact that Allen will not be voicing Buzz Lightyear? Do you like the casting of Chris Evans as Buzz Lightyear? Is this Disney’s answer to Green Lantern?