The new creative team will be Injustice and X-Men Red scribe Tom Taylor alongside Injustice 2 artist Bruno Redondo. Their run on the book will begin with Nightwing #78 following the events of DC Comics’ Future State event series. 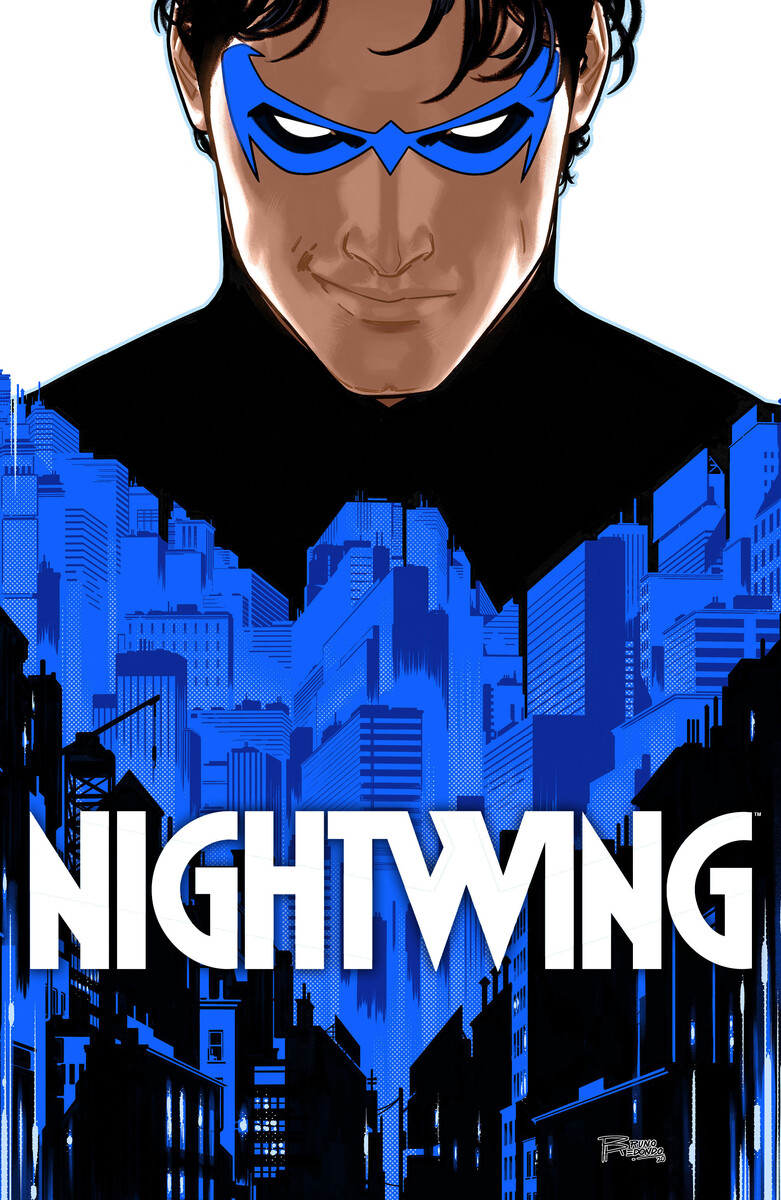 Taylor hyped up the run claiming he plans to make Nightwing a DC Comics A-lister. He explained, “Despite, awkwardly, killing him twice (in Injustice and DCeased), I’m a huge Nightwing fan. And I couldn’t be more excited to take on a hero I’ve always considered a DC A-lister.”

“Our series is about showing that. It’s about putting Dick Grayson back on that pedestal where he belongs,” he added.

He continued, “It’s also about taking everything Bruno and I love about Nightwing and testing him in a completely new way.”

“Exploring how Dick reacts when faced with impossible odds, and with a life-changing opportunity which comes his way in our very first issue,” Taylor said. 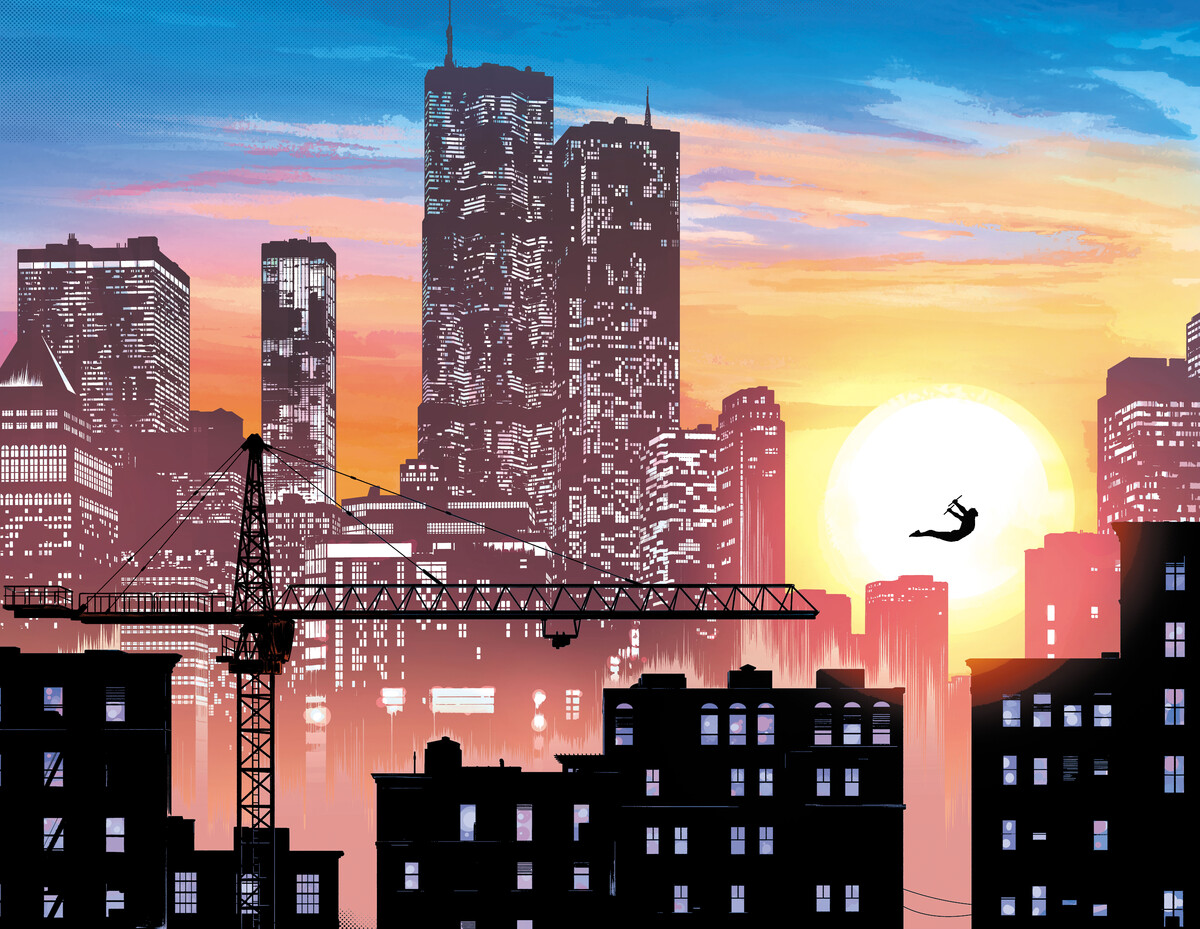 While Taylor was mum on specifics regarding the series, the press release declares, “In Taylor and Redondo’s Nightwing run, Blüdhaven has elected a new mayor with the last name Zucco, which can’t be good for DC’s first sidekick and former Robin—but is it good for Blüdhaven?”

For those unfamiliar with the name of Zucco, it’s the surname of Tony Zucco, the mob boss who murdered Grayson’s parents after C.C. Haly refused to pay protection money and threatened to call the police.

Zucco and his men killed Grayson’s parents by sabotaging the ropes that were part of their high flying trapeze act. 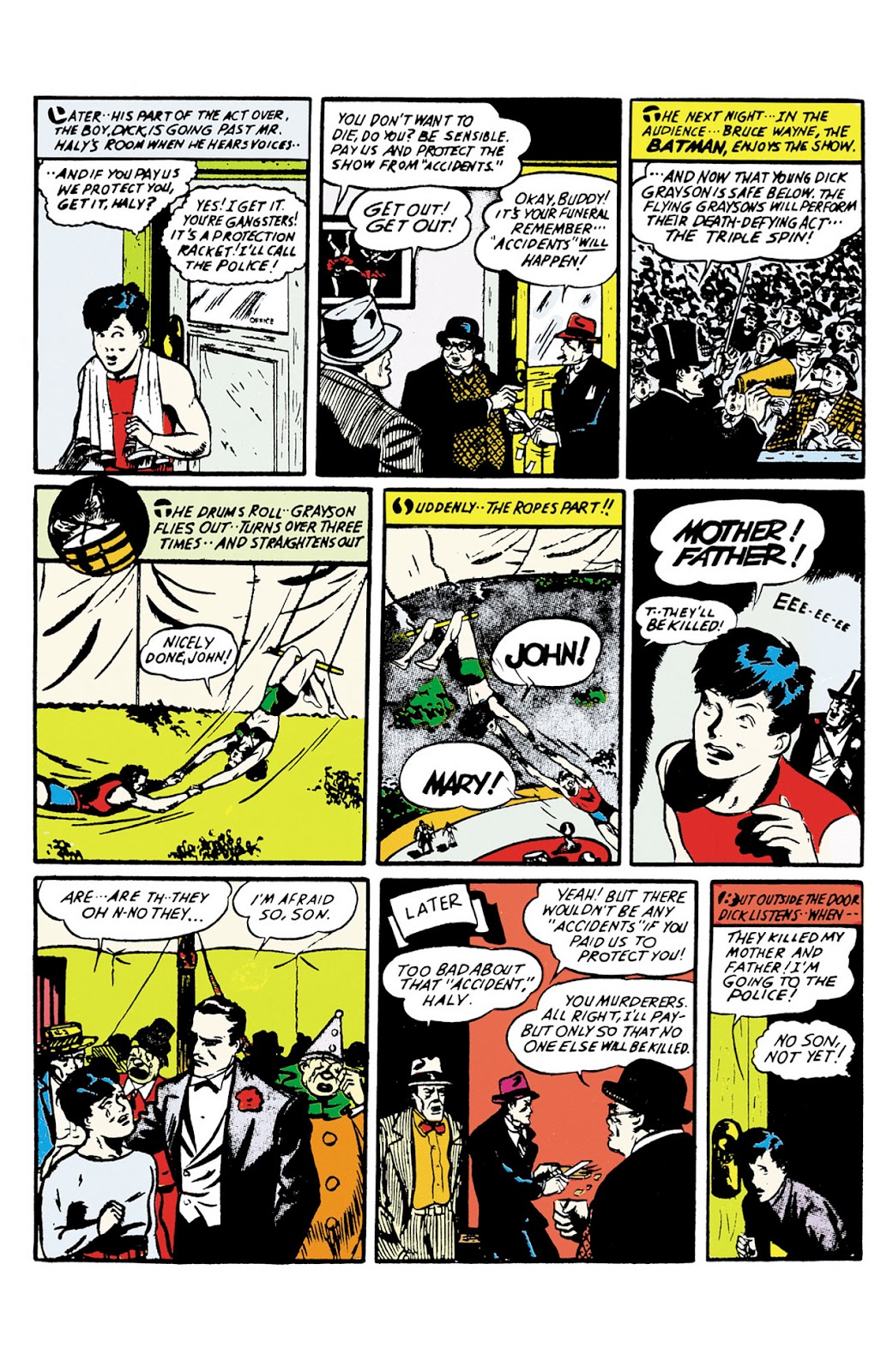 With a Zucco now the mayor of Blüdhaven, Grayson will recruit Batgirl to “help in investigating the politician bearing the same name as the man who murdered his parents.” And apparently what Batgirl discovers “will shock and fundamentally change” Nightwing.

Related: Tom Taylor’s X-Men: Red Was Not ‘The Best X-Men Story in Years’

Along with Batgirl showing up, Grayson might also be getting a new sidekick in the form of a three-legged puppy.

The press release explains, “And appearing in the first issue of Taylor and Redondo’s new Nightwing comic is a potential new sidekick for Dick Grayson—a three-legged puppy that he shields from harm in Blüdhaven’s alleys!” 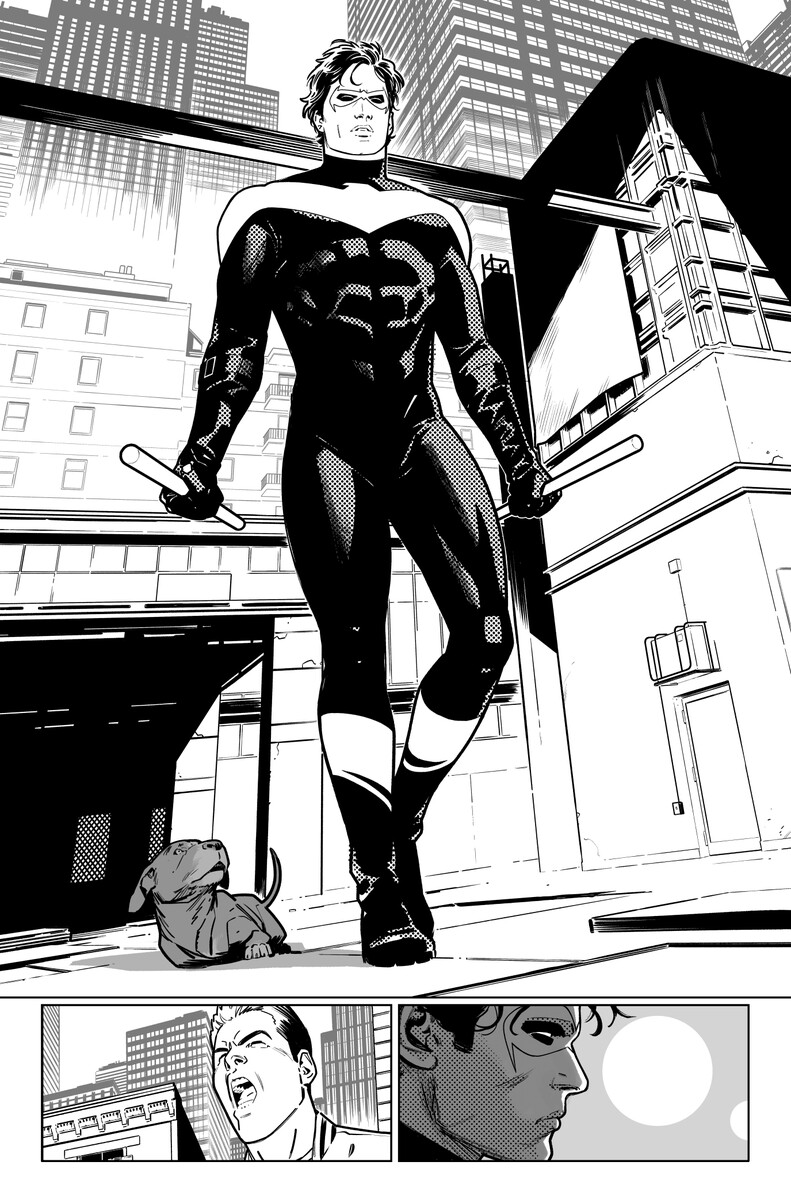 Artist Bruno Redondo also hyped the series explaining that he’s bringing his best to this project, “I’m not holding anything back from this project.”

He continued, “Nightwing means kinetic potential, evolution, and a positive assertiveness more than any other character I’ve worked on…and that’s the kind of hero we all need right now.”

“Working with Tom on Nightwing is the perfect evolution for us as a team! We have incredible ideas for Dick Grayson’s new adventures,” Redondo concluded. 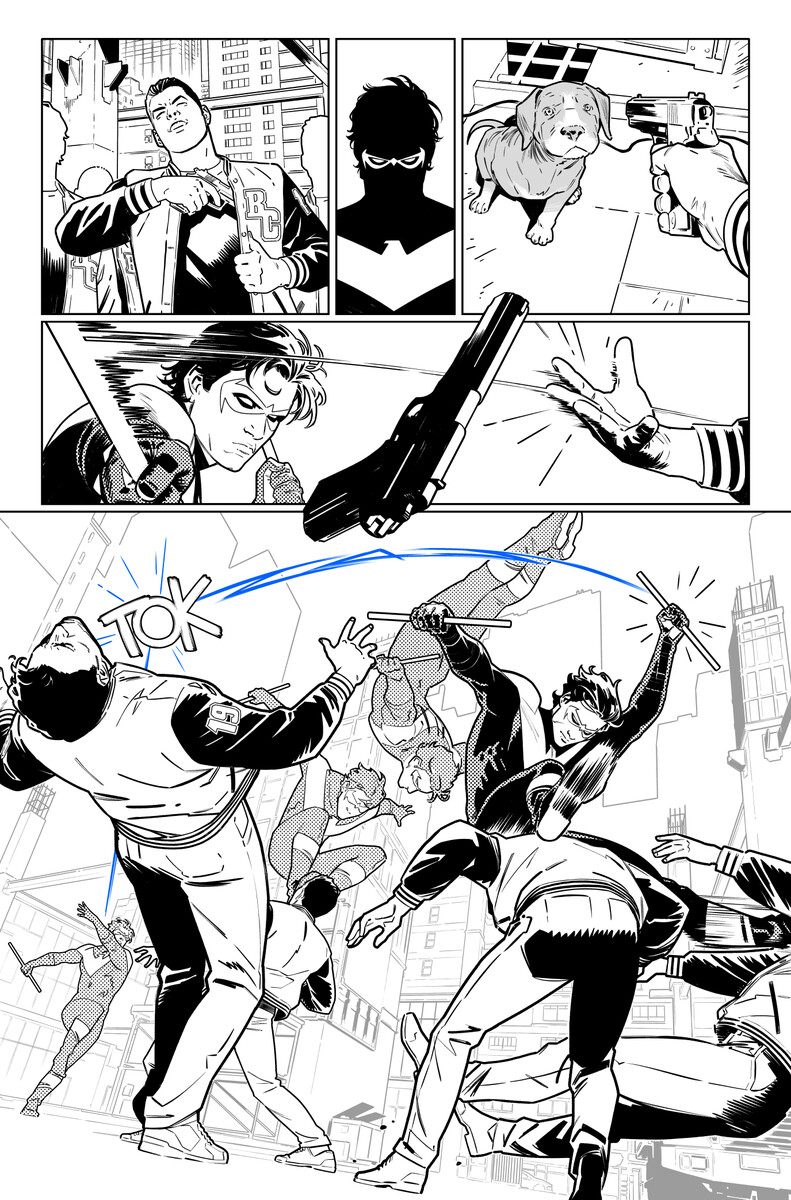 Taylor then detailed this is the perfect moment in time for his Nightwing series.

He explained, “This is the perfect time for a Nightwing story. It’s the right time for a charming, entertaining, positive force for good standing with the underrepresented, and pushing back against corruption and greed.” 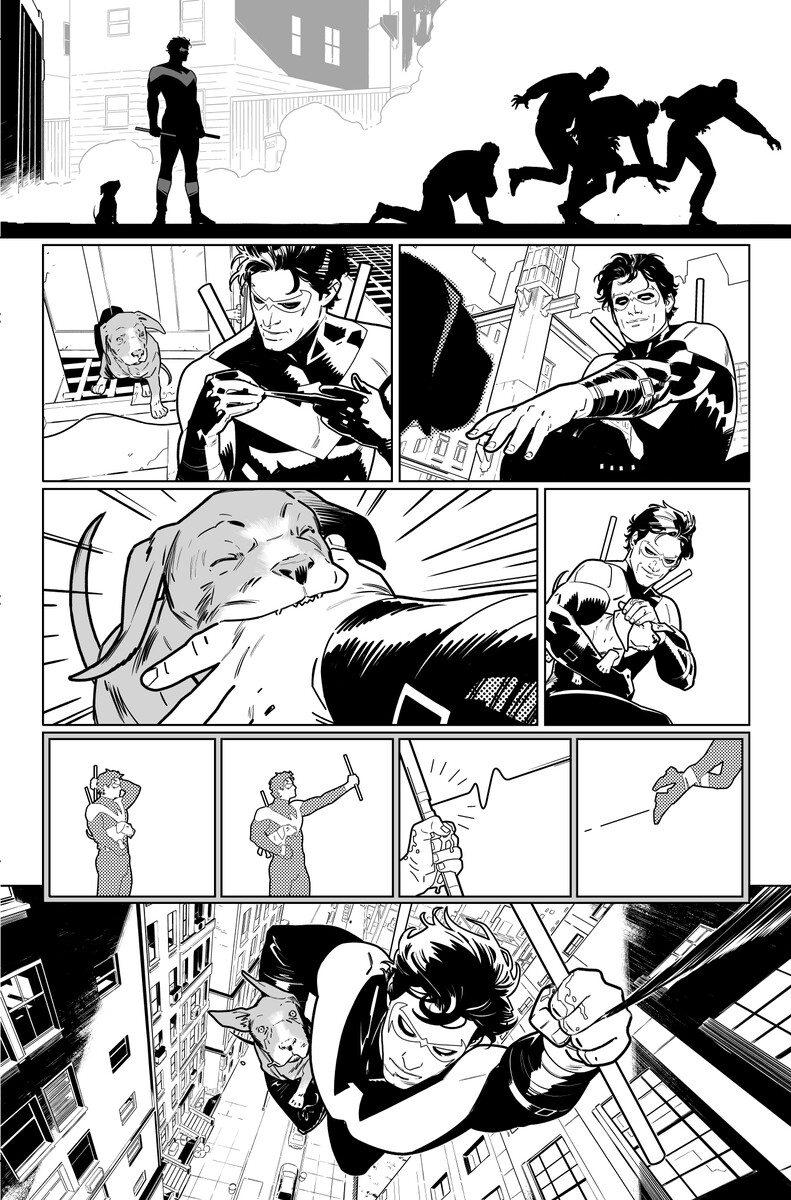 Nightwing #78 will feature colors by Adriano Lucas and letters by Wes Abbot. It will be edited by Jessica Chen.

It is execpted to feature a variant cover by Skan.

What do you make of the new Nightwing creative team and their plans for the character? Will you give this book a shot in March?