Margaret Weis and Tracy Hickman’s Dragonlance lawsuit against Wizards of the Coast was dismissed without prejudice.

Weis and Hickman initially sued Wizards of the Coast for over $30 million claiming they breached a License Agreement for a new Dragonlance trilogy. 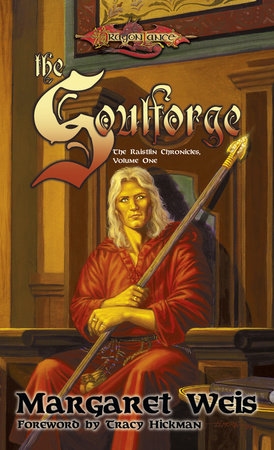 Related: Dragonlance Creators Margaret Weis And Tracy Hickman File Lawsuit Against Wizards Of The Coast For Over $30 Million

The lawsuit revealed that Weis and Hickman had contracted with Wizards of the Coast to license a new Dragonlance trilogy that would be published by Penguin Random House.

It went on to detail that Weis and Hickman had begun working on the trilogy and had even sent Wizards of the Coast the manuscript for the first book, who approved it in January 2020. Even foreign language editions were reportedly being translated.

However, by August 2020 the lawsuit claimed that Wizard of the Coast “would not approve any furthers Drafts of Book 1 or any subsequent works in the trilogy, effectively repudiating and terminating the Licensing Agreement.” 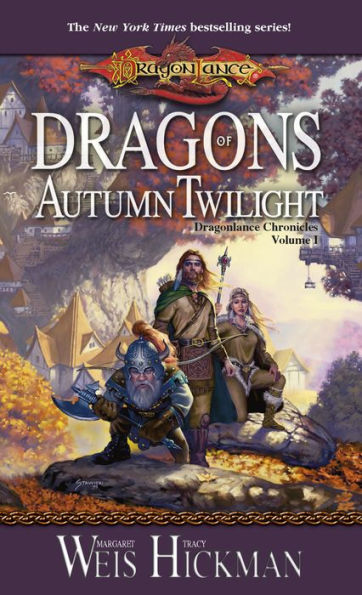 The suit went on to allege that “no reason was provided for the termination” and “the termination was wholly arbitrary and without contractual basis.”

It goes on to claim that “the termination was unlawful and in violation of multiple aspects of the License Agreement (arguably almost every part of it, in fact). The termination also had the knowing and premediated effect of precluding publication and destroying the value of [Weis and Hickman’s] work not to mention their publishing deal with Penguin Random House.” 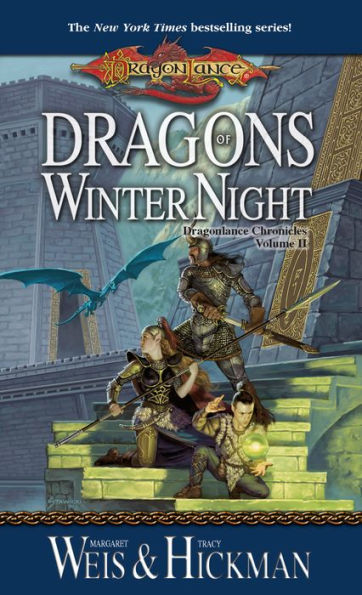 “[Weis and Hickman] are informed and believed, and based theron allege, that a discussion was made jointly by [Wizards of the Coast] and its parent company, Hasbro Inc., to deflect any possible criticism or further public outcry regarding [Wizards of the Coast’s] other properties by effectively killing the Dragonlance deal with [Weis and Hickman],” the suit goes on to state. 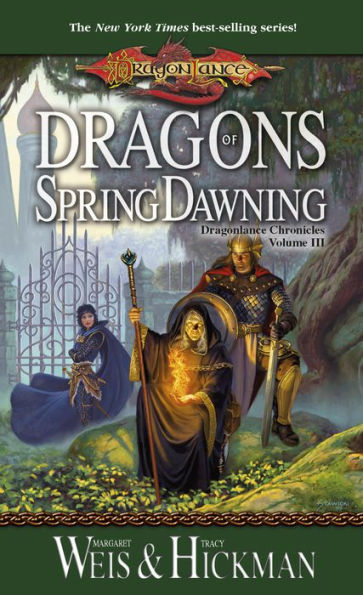 The suit would be voluntarily dismissed without prejudice.

A court document reads, “Pursuant to Rule 41(a)(1)(A)(i) of the Federal Rules of Civil Procedure, Plaintiff Margaret Weis, LLC and Tracy Hickman hereby gives notice that hte above-captioned action is voluntarily dismissed as to Wizards of the Coast LLC, without prejudice.”

The document continued, “Defendant Wizards of the Coast LLC has not filed an answer or motion for summary judgment, no proceedings or discovery have been undertaken as to these claims, and this action is not subject to any federal statue which would preclude the dismissal of this action under Rule 41(a)(1)(A)(i).”

For those unfamiliar with legal jargon, the Legal Information Institute defines Dismisal without Prejudice. They state, “When a case is dismissed without prejudice, it leaves the plaintiff free to bring another suit based on the same grounds, for example if the defendant doesn’t follow through on the terms of a settlement.” 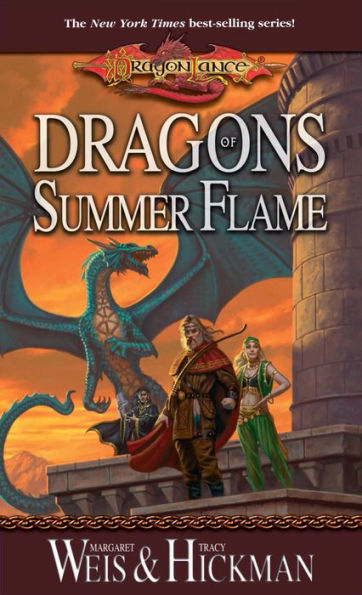 Weis would take to Twitter to confirm that the lawsuit was dismissed.

She wrote, “I know some of you have seen that our lawsuit against WoTC was dismissed. I can’t say anything yet, but watch for exciting news in the weeks to come! And thank you so much for your support!” 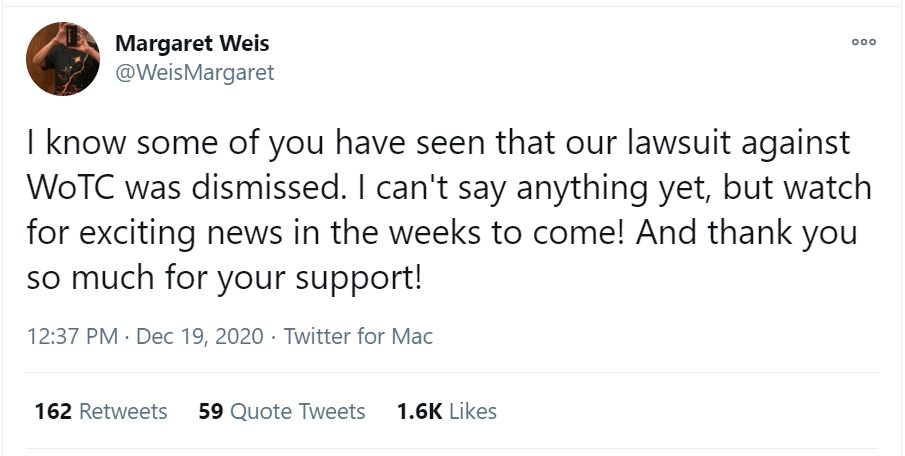 Weis would also seemingly reveal that Draconians will be showing up in Dungeon & Dragons 5E ruleset.

Draconians were teased by Deathstroke actor Joe Manganiello in a video for Wired.

Manganiello would be asked by a user if he had any abstract ideas for homebrew races.

He responded, “I don’t know, man. I always thought about like, you know, a civilization of dark gnomes.”

He would continue by name dropping the Draconians, “I have all kinds of other ideas that I use, you know, in my game and float around. I mean, I’ll give you one. I wanted something between dragon and draconian because, you know, I have the Fifth Edition draconian stats. Don’t tell anyone.”

They wrote, “The Dragonlance lawsuit has been settled, folks. This is definitely good news and probably leads to the name drop of 5E draconians by Joe Manganiello earlier this week!” 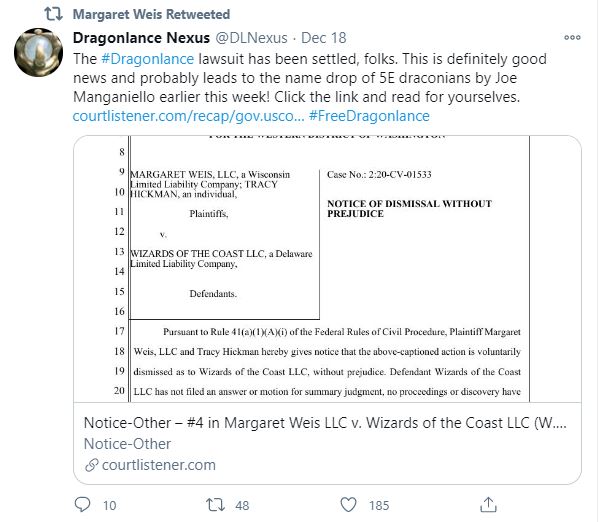 What do you make of the fact that Weis and Hickman dismissed the suit without prejudice?