For those unfamiliar with Genshin Impact, it is a single player open world action role playing game available to play on PC, iOS/Android, and Play Station 4.

The game follows a Traveler as they attempt to reunite with their sibling after they are separated by a god and subsequently find themselves in the strange, new world of Teyvat. 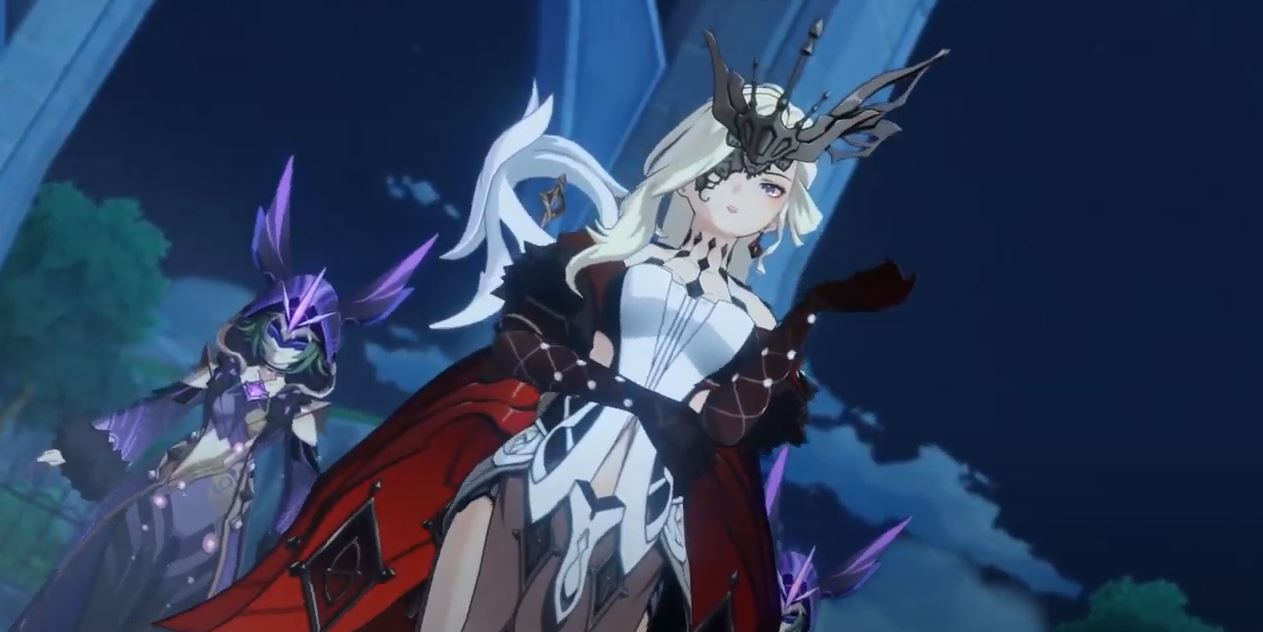 During the Traveler’s adventures throughout Teyvat they run into the antagonist La Signora.

La Signora is one of the Eleven Harbingers of the Fatui. She is specifically the 8th Harbinger and goes by the title “The Fair Lady.” 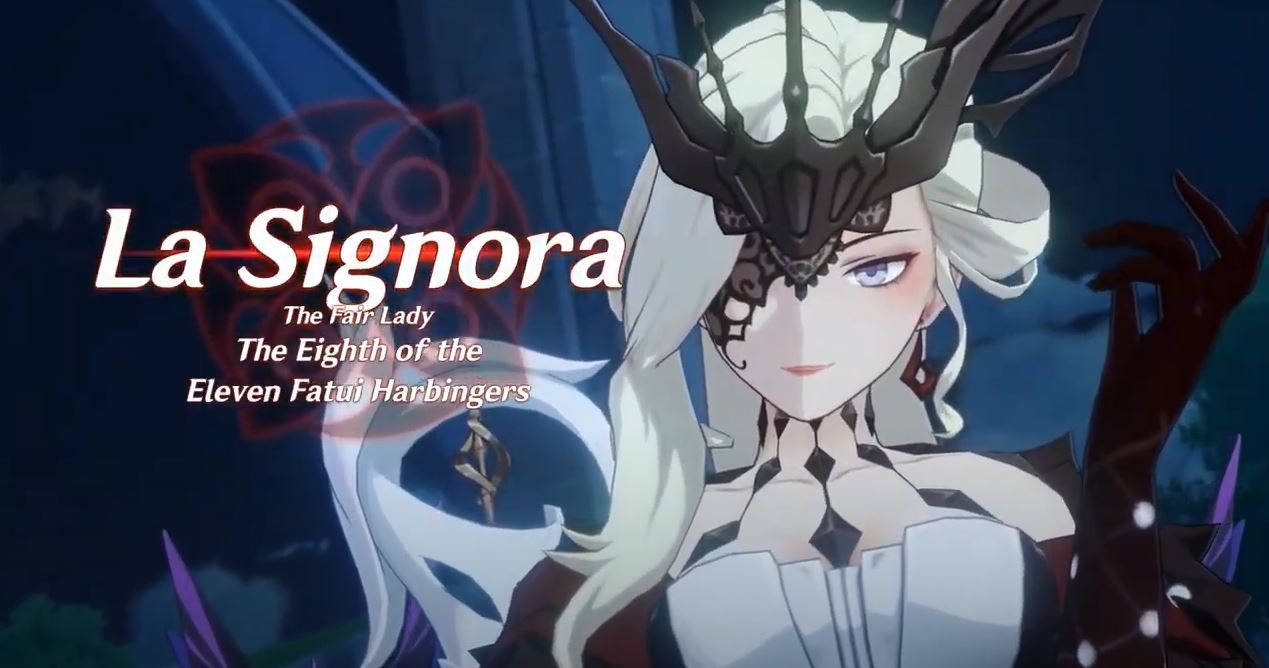 And as the lieutenants of the Cryo Archon they have been blessed with a Delusion from the Tsarista, which greatly boosts their magical and physical abilities.

La Signora shows off that power when she and a number of other Fatui confront the Traveler unawares in the city of Mondstadt.

La Signora shows off extremely powerful cryo magic and proves why she is one of the Eleven Harbingers. With just a single snap of her fingers she freezes in place the powerful Wind Archon who has taken on the disguise of the mischievous bard Venti.

Not only is La Signora able to easily disarm Venti, but she proceeds to mock him describing him as impotent.

When Venti replies with his own barb regarding La Signora’s smirk, she hits him with another blast of Cryo magic.

She follows that up with a combination of a physical and magic attack directed right at Venti’s chest. Her attack is successful and she is able to steal the Wind Archon’s Gnosis.

A Gnosis is an item used by The Seven, the gods of Teyvat, to tap into the energy of Celestia, a mysterious divine location that floats about the entire world of Teyvat. 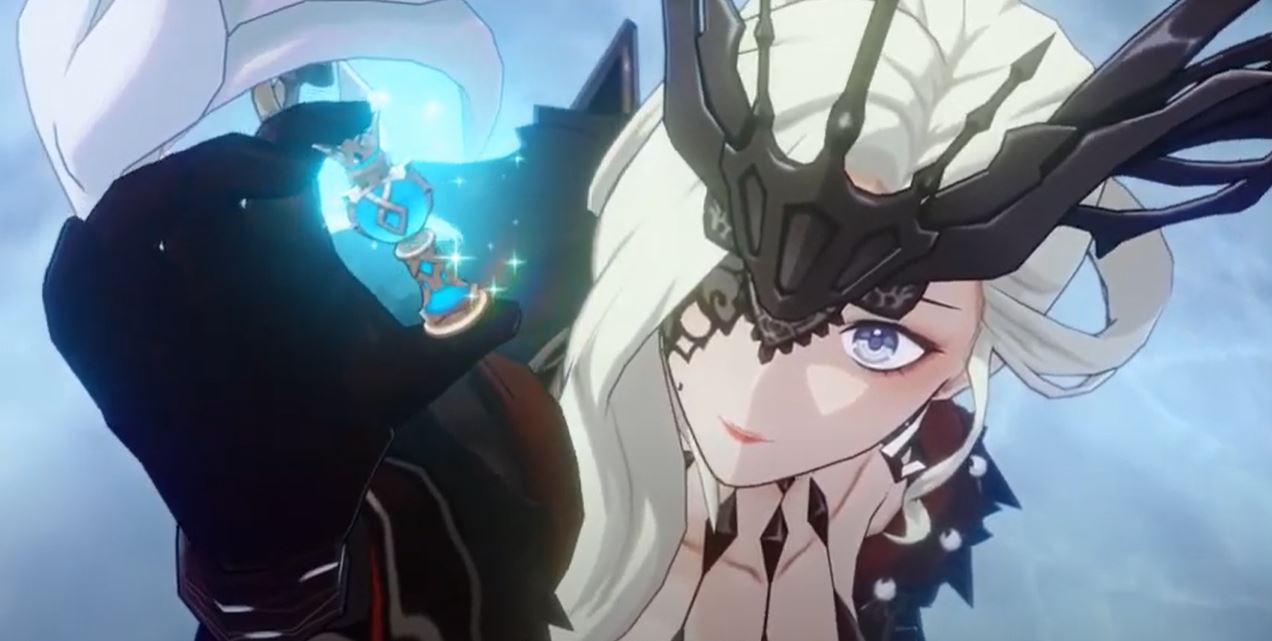 After stealing the Wind Gnosis, she proceeds to kick Venti when he’s down and then orders her troops to vacate the area before the Knights of Favonius, the lawmen of Mondstadt arrive and discover her attack on the Wind Archon.

That’s all we’ve seen of La Signora, but it surely won’t be the last time time we see her as her appearance has clearly made her a fan favorite as well as a seemingly primary antagonist to the Traveler. 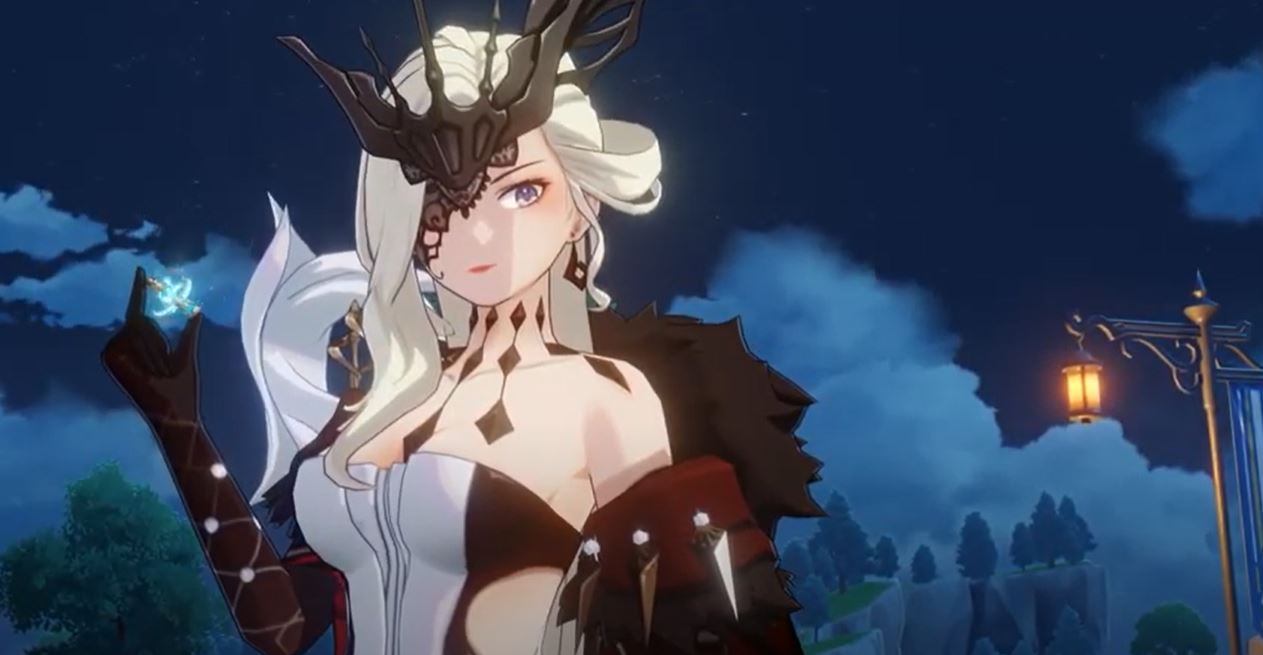 As can be seen in the screen shots above, La Signora has platinum-blonde hair and light grey eyes. She wears a black Fatui mask over her face, which covers up her right eye. She wears a dangling black earring on her right ear.

As for her outfit she has a long black and red cape. However, the way the cape is worn, she still exposes her shoulders.

She also wears a white and maroon corset that exposes the sides of her stomach as well as a tiny portion of her midriff. On her neck she has multiple rows of a black diamond pattern that do not appear connected to each other.

Her legs are for the most part exposed, although she does wear a Chinese inspired dress with a black diamond pattern.

Finally, she appears to have some kind of rapier or magic item on her back. You can see it below as she’s about to kick Venti. 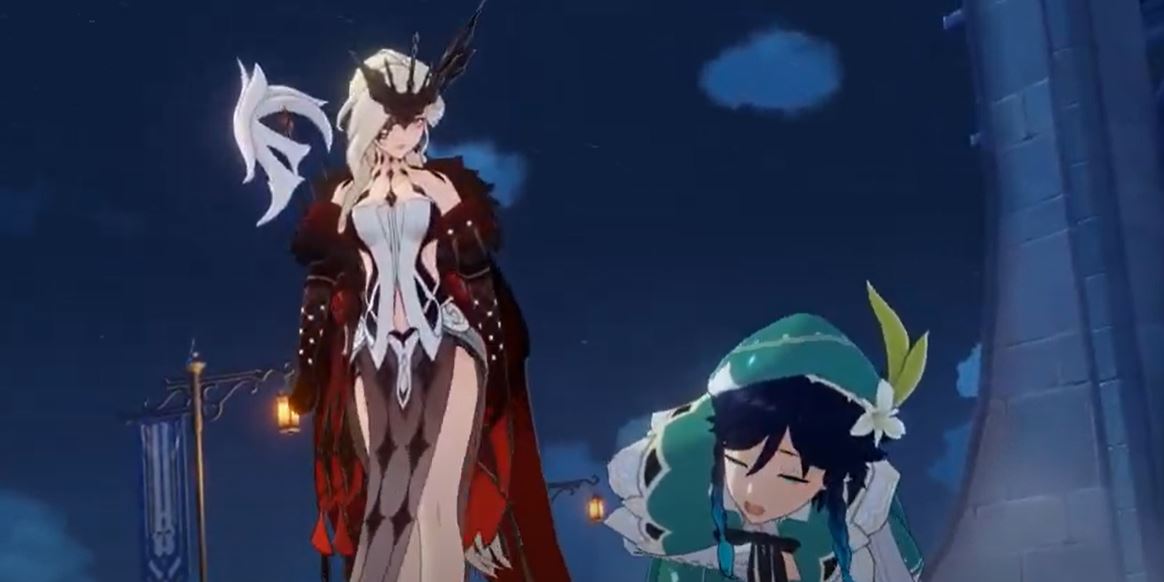 Artist Aseranaide captured the frosty beauty of La Signora by sharing their pinup to Twitter on Christmas Day.

They wrote, “Merry Christmas! We get to be stepped on one day.” An obvious reference to La Signora giving Venti a swift kick to his side after she had subdued him.

Merry Christmas! May we get to be stepped on one day. #GenshinImpact #GenshinWinter #LaSignora pic.twitter.com/0e3XqOOuEt 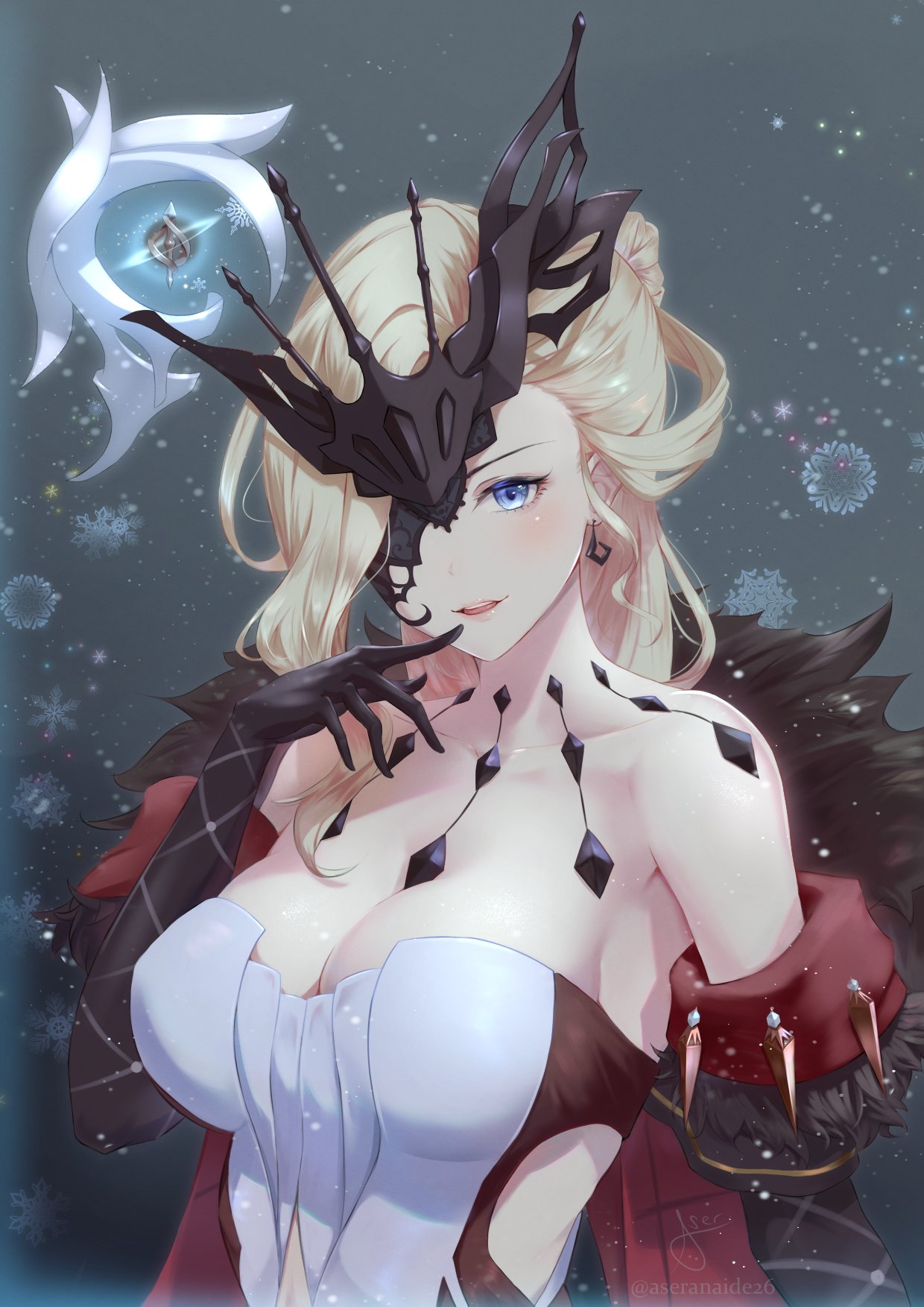 What do you make of Aseranaide’s pinup of La Signora?