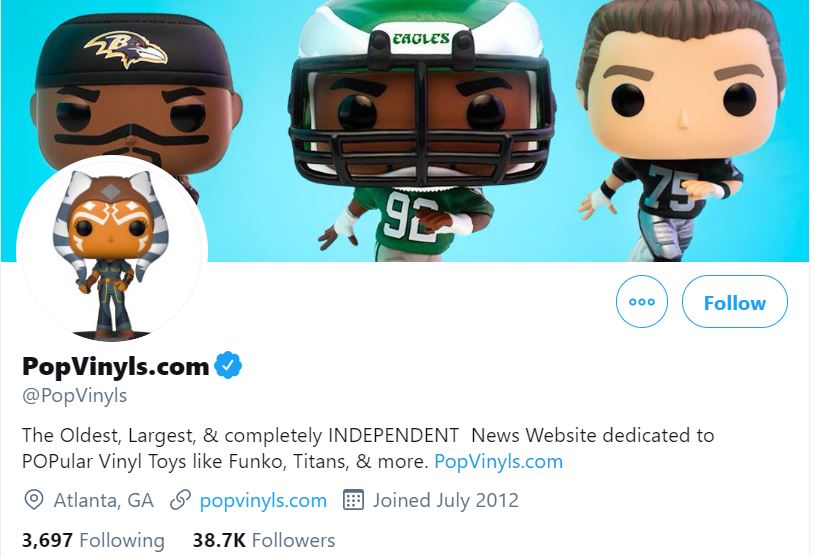 They wrote on Twitter, “Can we arrest Ted Cruz right now for sedition or should we wait until he leaves the chambers?”

In a follow-up tweet, they wrote, “I learned today that the Capitol Police are completely incompetent.”

They then wrote, “Donald Trump should be impeached again before today is over.”

Pop Vinyls then retweeted former Obama White House staffer Ben Rhodes who wrote, “If you don’t impeach and remove a President for staging a coup, what’s the point of impeachment.”

They wrote, “Let’s be clear I am PopVinyls.com I wrote about collectibles. Funko makes em. We are not connected. But f*** terrorists and the Orange bastard who leads them.” 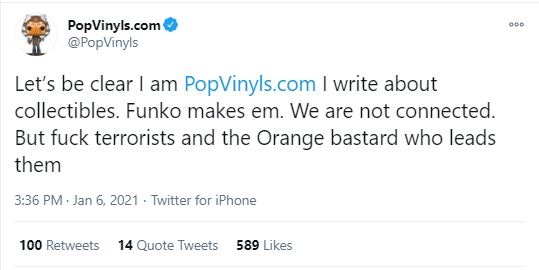 PopVinyls then retweeted  Democratic Coalition co-founder and Executive Director Scott Dworkin who wrote, “Trump must be impeached and removed immediately. Then arrested. Period.”

PopVinyls.com is no stranger to attacking to President Donald Trump.

Previously, they described the President as an “inbred orange idiot.”

They wrote, “You think youl would understand the constitution that you continually try to rip apart? Inbred orange idiot.”

They also described President Trump as a “lying POS.”

PopVinyls.com has also expressed their hope that President Donald Trump goes to jail.

They wrote, “He’ll never be the dumbest as long as you are in Washington. I can’t wait until you are in jail.”

What do you make of PopVinyl.com’s attacks against supporters of President Donald Trump and the President himself?