TV Series Finale reports that the premiere episode for Batwoman Season 2 “What Happened to Kate Kate?” was only viewed by 663,000 individuals and had a .10 rating in the 18-49 demographic. 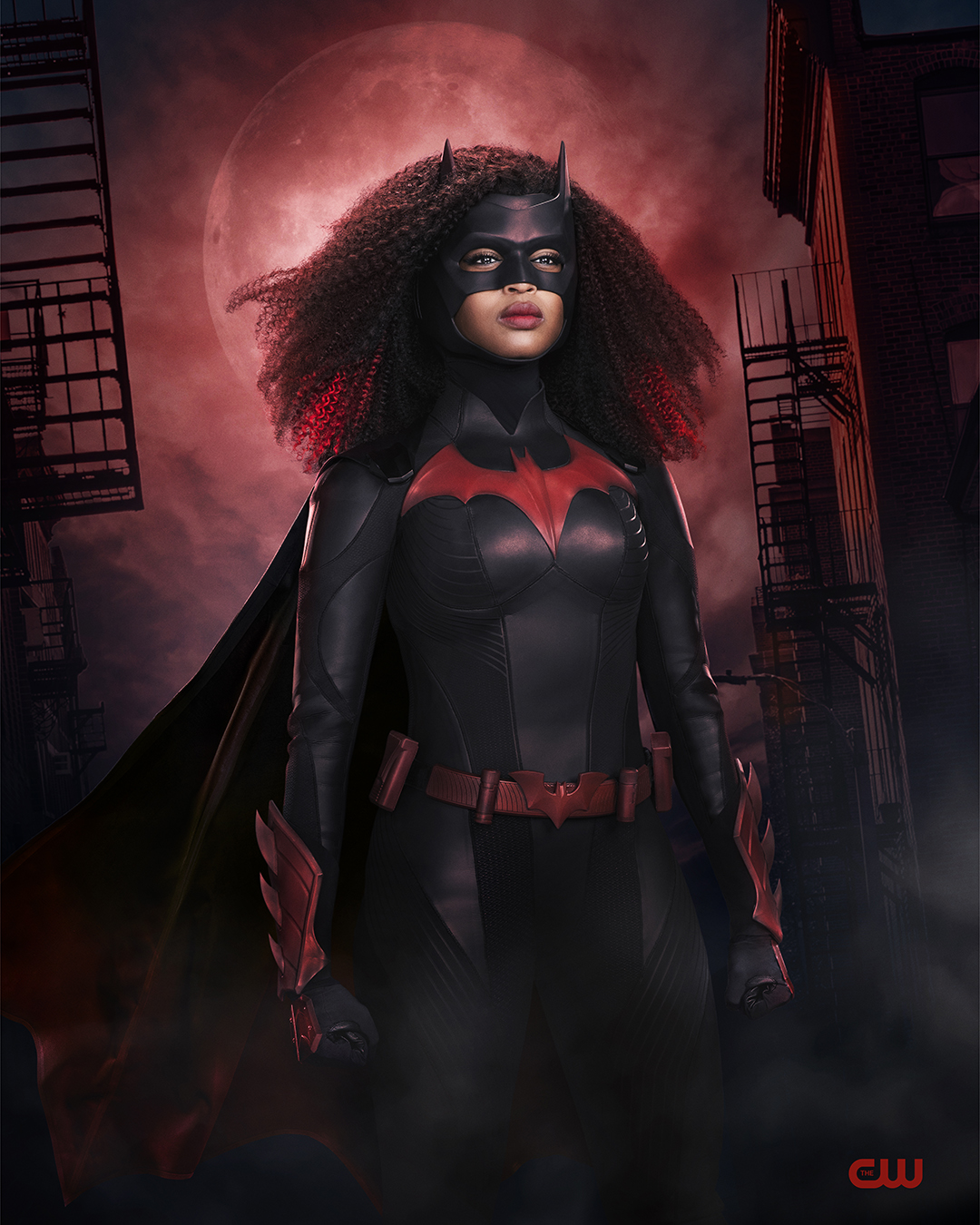 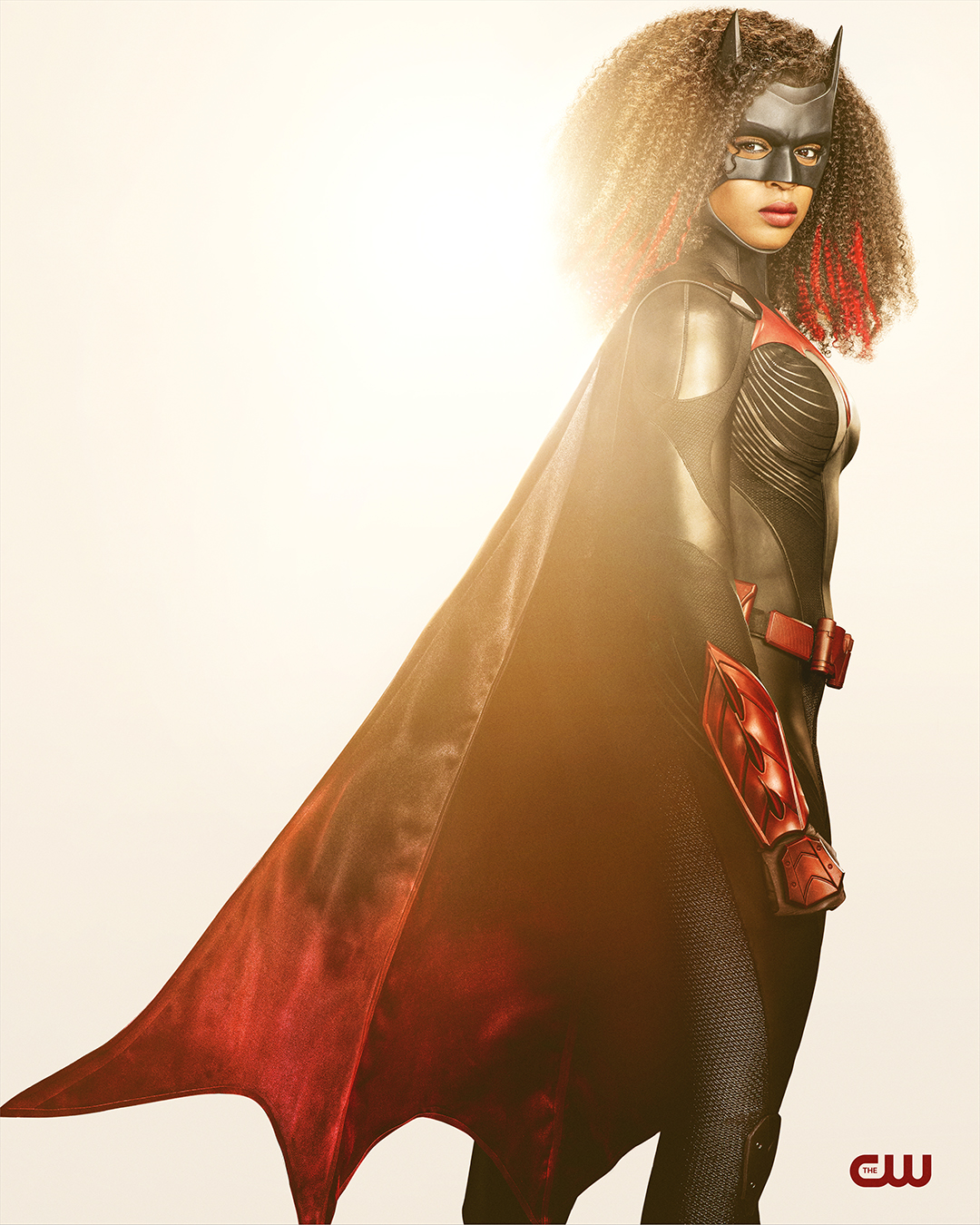 That means the show loss over 10% over their viewership from the end of Season 1 to the beginning of Season 2. The ratings declined by over 52%. 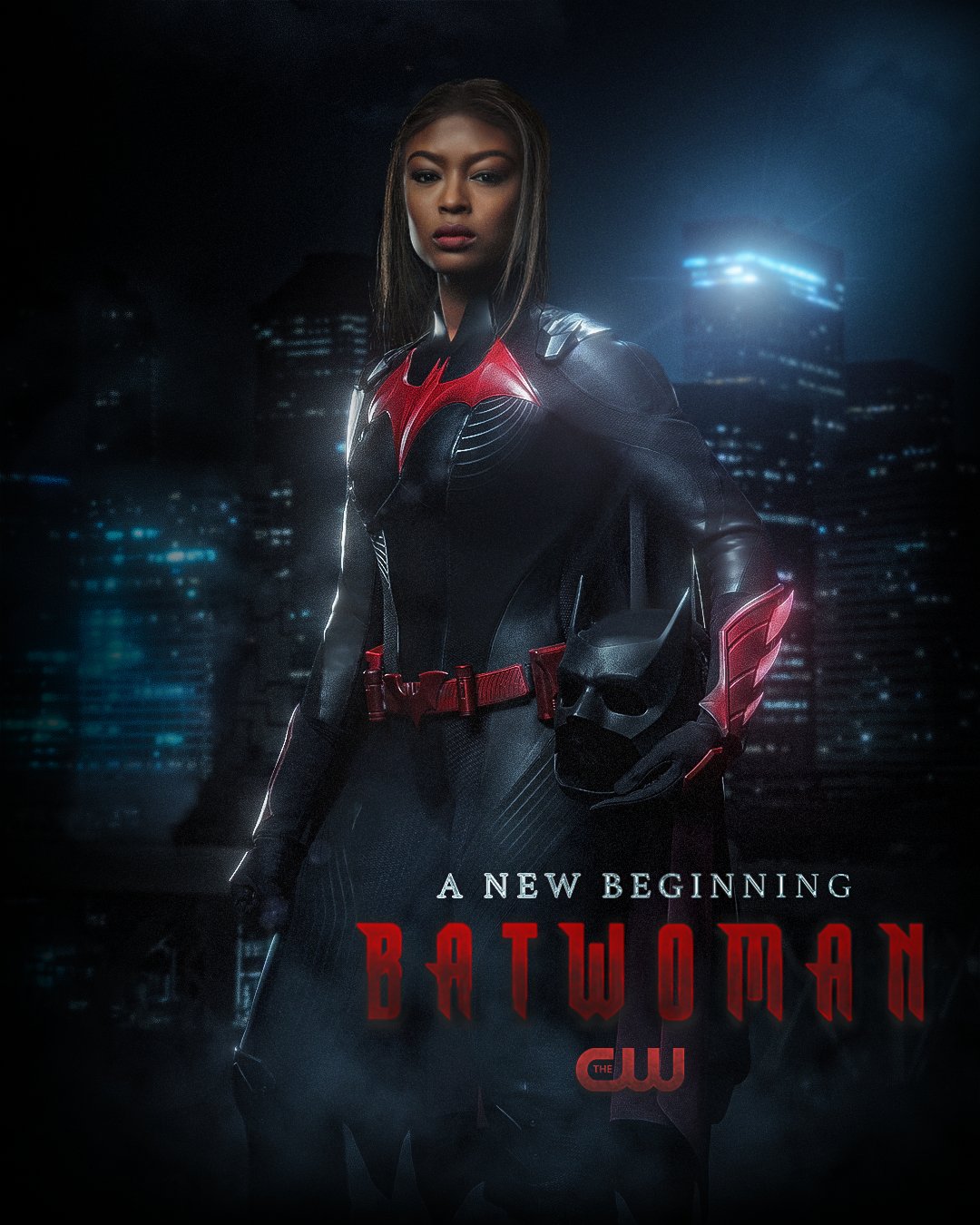 While the Season 2 premiere was abysmal, it’s still not the least viewed episode in the show’s history. That award goes to Season 1 Episode 17 where only 634,000 tuned in.

On the upside Season 2 does have a higher Audience Score on Rotten Tomatoes. The show currently has a rotten score of 24% for Season 2 from 182 user ratings. 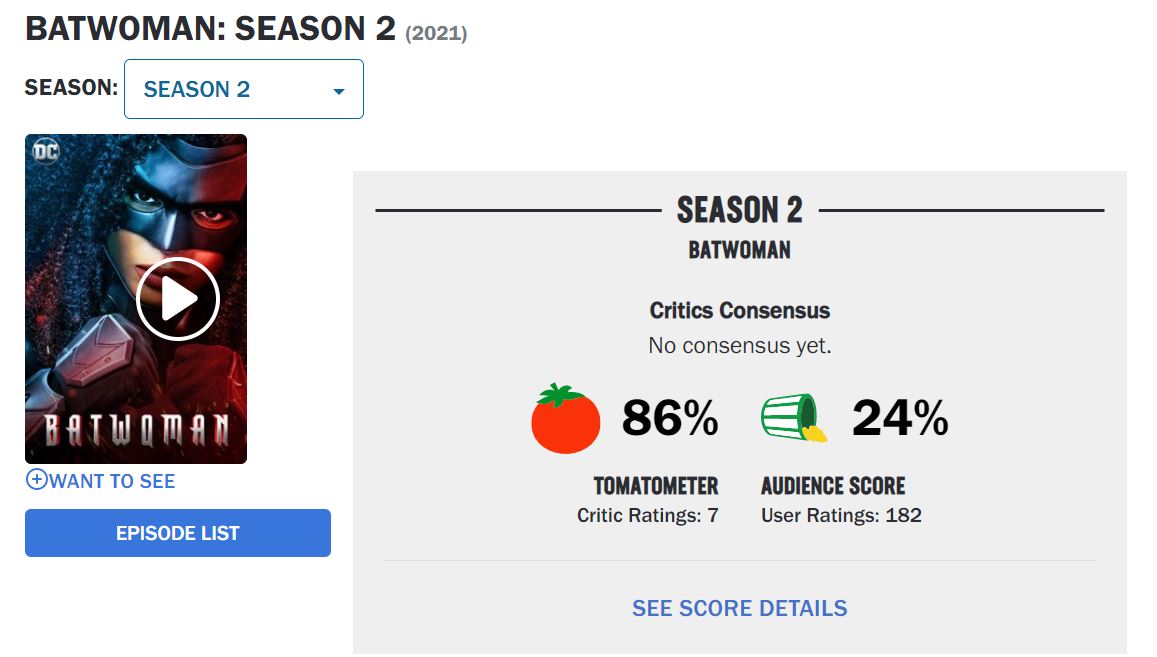 In Season 1, the show received an abysmal 13% Audience Score from 8138 ratings. 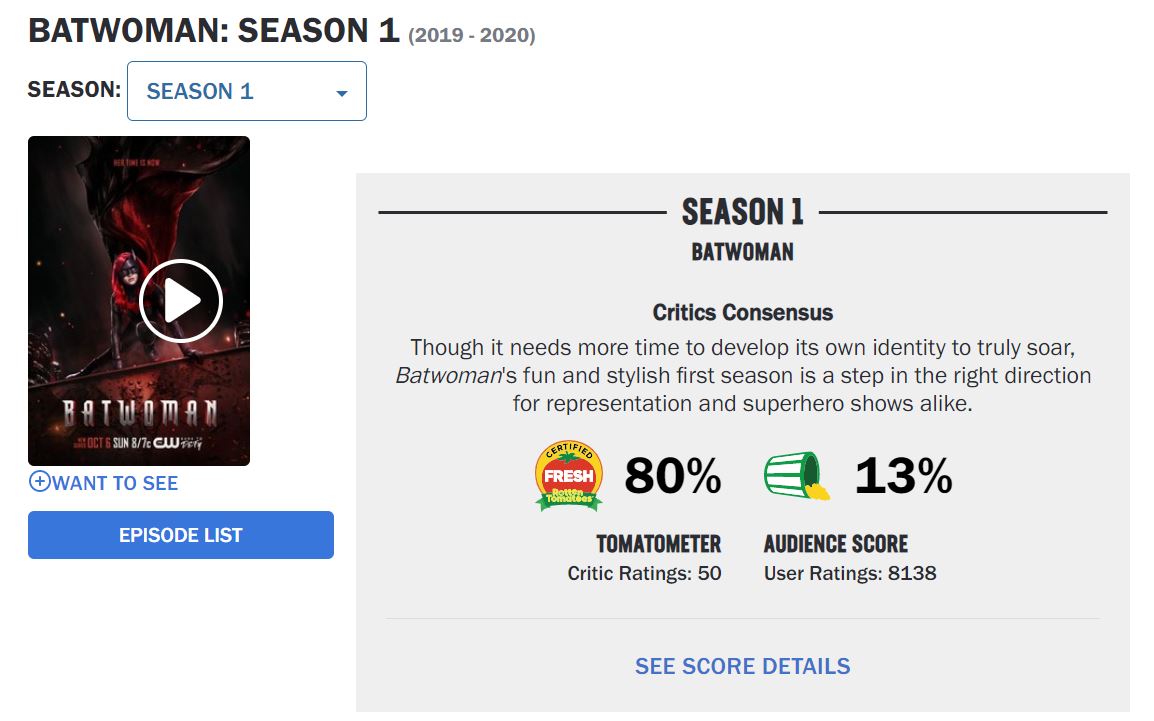 Interestingly enough, critics as they did in Season 1 are attempting to drive people to watch the view. In Season 1 the show received a “Certified Fresh” rating of 80% from 50 critics.

In Season 2, the critic score is currently an 86 albeit only from 7 critics.

It’s no surprise that the ratings are in the toilet. The show’s showrunner, Caroline Dries, confirmed the series would be about race politics earlier this month.

Dries stated, “While Ryan never used drugs, she was in a relationship where somebody was using drugs and it’s ultimately what got Ryan put away in jail.”

“So, it’s this idea that Ryan is this innocent woman and if she were white, per se, she might not have had the same punishment [that] she, as an innocent Black woman, had to go through. That’s a huge piece of her backstory, so that’s something we’re exploring this year,” she added. 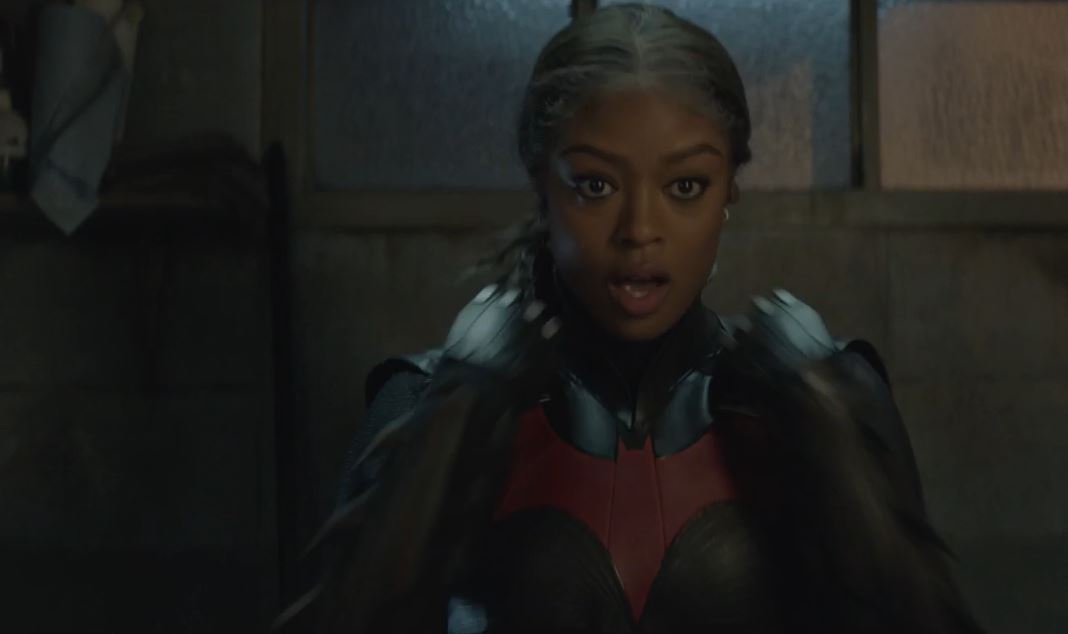 YouTuber Gary Buechler would go on to confirm just how bad the episode was.

He stated, “This episode was absolutely terrible. The acting was awful. The writing was atrocious. And the music felt like pencils being jammed into my ear. And it really doesn’t get much woker or intersectional than this.”

Are you surprised at how poor Batwoman’s ratings are?