An alleged leak for MiHoYo’s Genshin Impact 1.3 update claims to reveal two new characters that will be introduced as well as the name of a new event.

The account claims that the Genshin Impact 1.3 update will make Xiao a playable character alongside the Director of the Wangsheng Funeral Parlor Hu Tao. 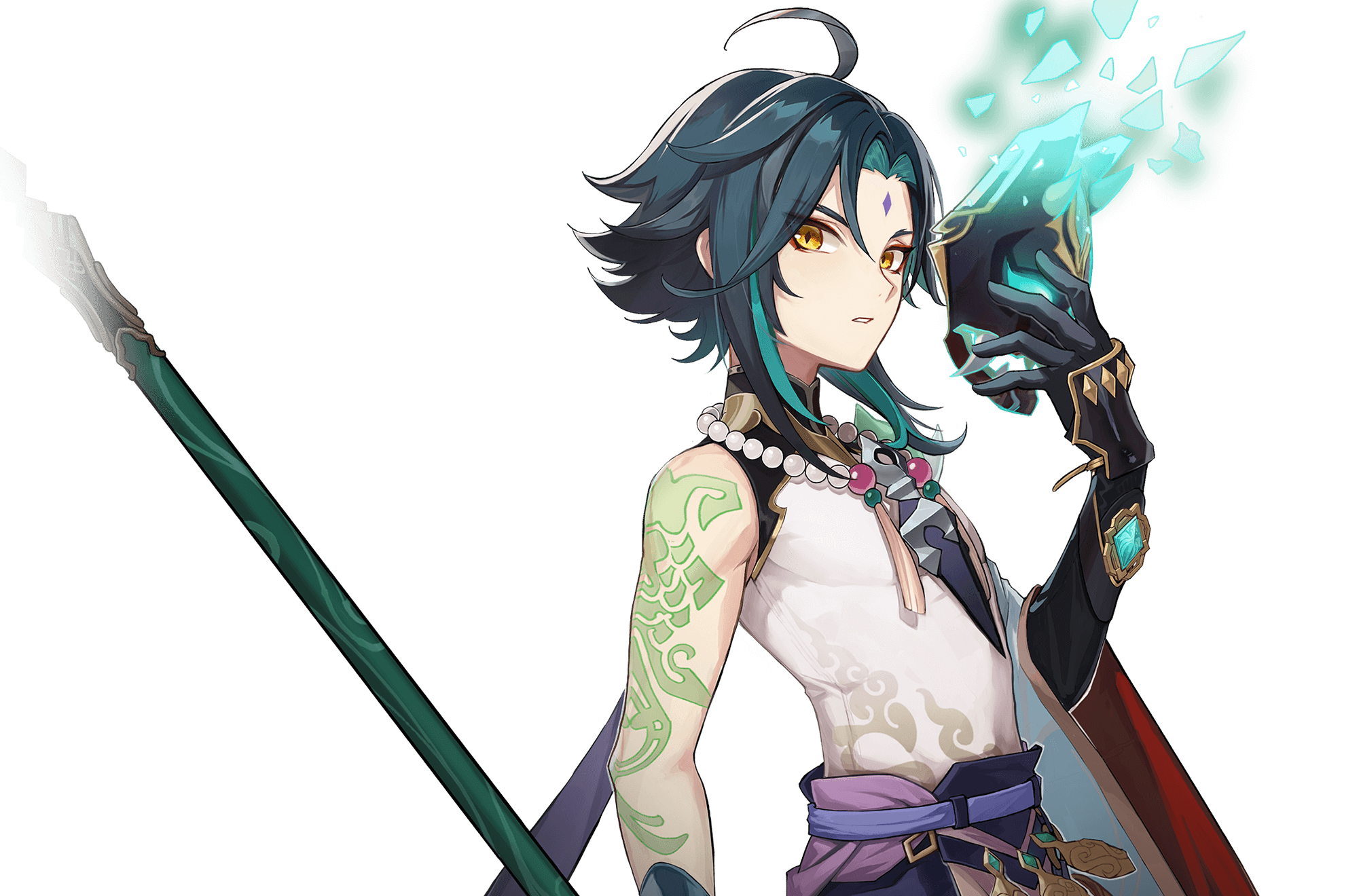 As well as claiming Xiao and Hu Tao will be joining the game as playable characters, they also claim an event called the Lantern Event celebrating the Chinese new year will also be introduced.

No details on the Lantern Event were revealed.

The Twitter account wrote, “LEAK: The next banners will be Xiao and… Hu Tao! Xiao will be the first one of the 1.3 update, with the Lantern Event for the new Chinese year.” 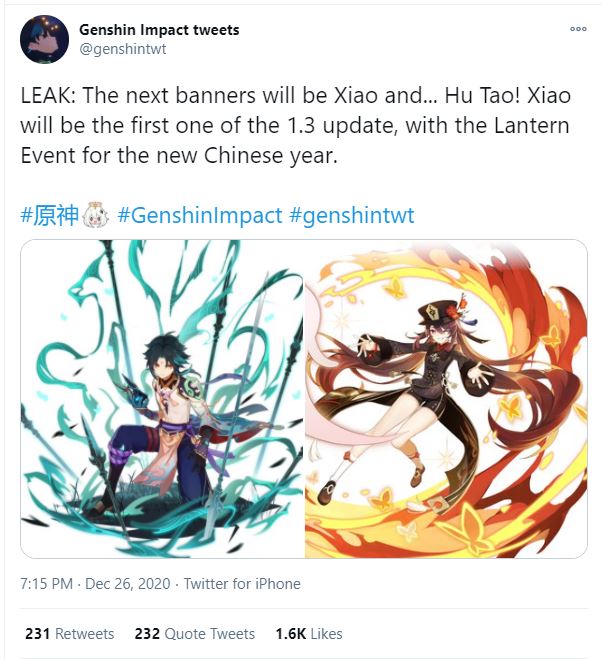 Not only have Xiao and Hu Tao been allegedly leaked, but leaked gameplay footage of Xiao with all of his constellations unlocked has also surfaced on Twitter.

According to Google Translate, they wrote, “Dear Traveler: Good evening! For a long time, we have been dealing with all kinds of violations and leaks. Recently, we discovered that some people who were invited to participate in the confidentiality test of “Yuan Shen” 1.3, under the premise of signing a confidentiality agreement, still ignored the provisions of the agreement, and violated the regulations to leak and disseminate the content of the test version.” 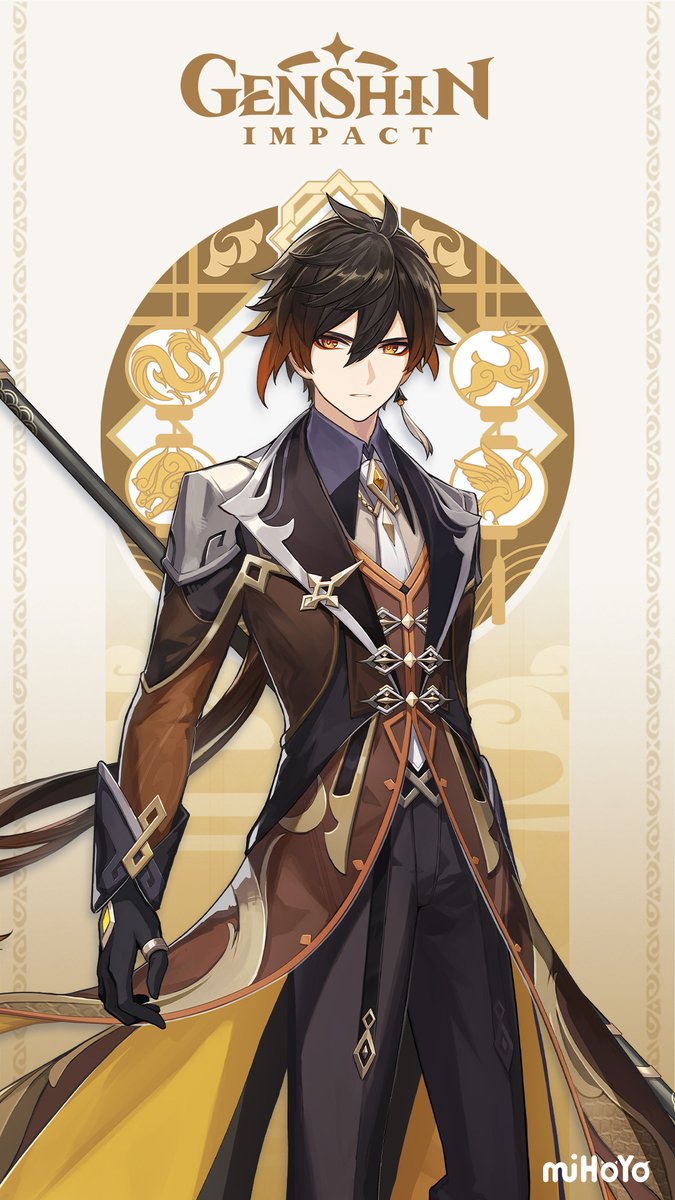 They then revealed the leaker, “After investigation and evidence collection, we have verified the information of the offenders, and we now announce the following: 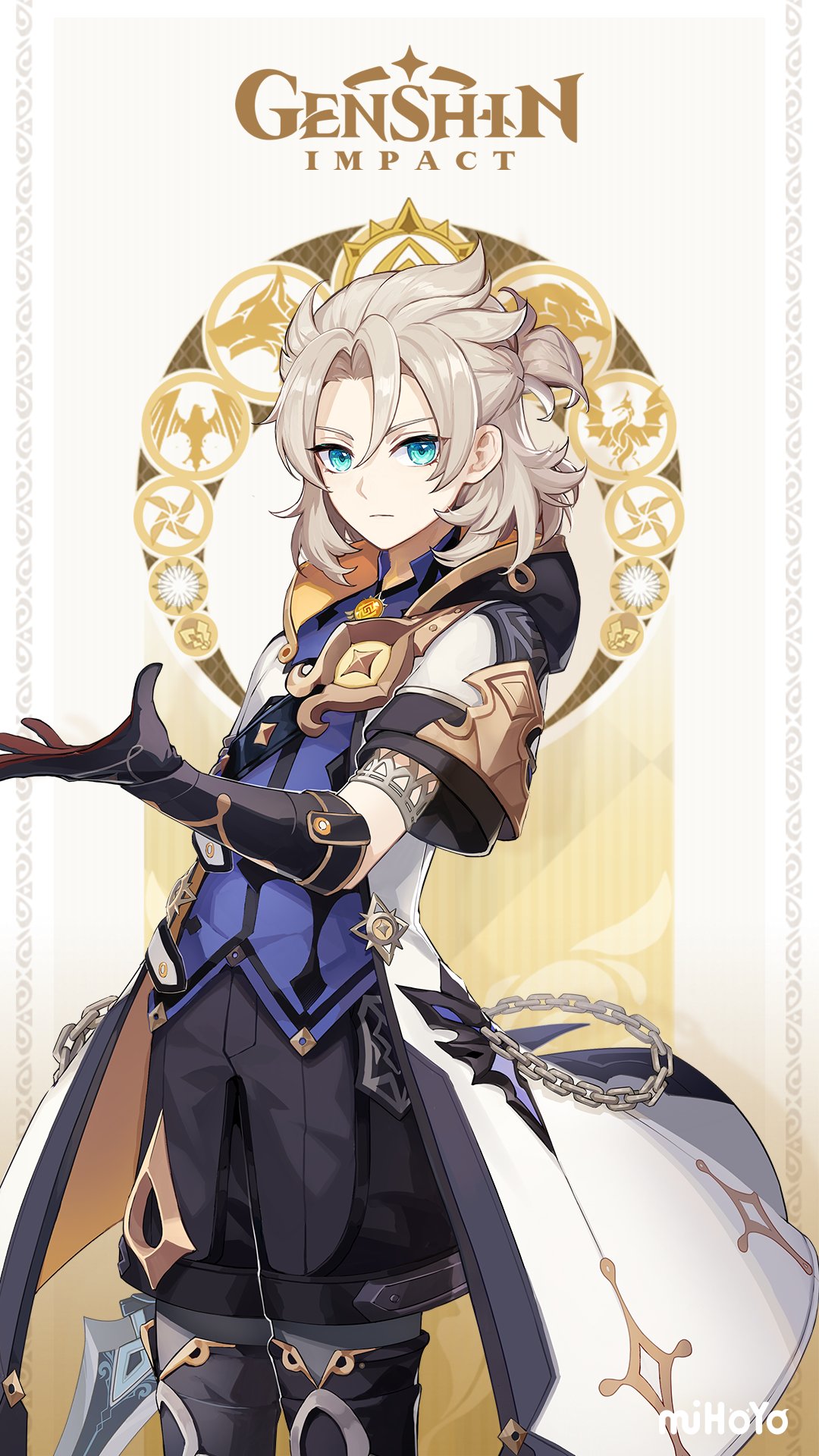 miHoYo then revealed they are taking legal actions against this user, “We have initiated the company’s legal procedures and will hold accountable persons who violate relevant regulations.”

They concluded, “In the future, we will step up efforts to deal with such illegal leaks and continue to crack down on violations in any region and on any platform. Here, we kindly ask for the support and help of all travelers, refuse to disclose illegally, refuse to spread illegally, and maintain a fair game environment. Please join us to witness every step of the change in the world of Teyvat.” 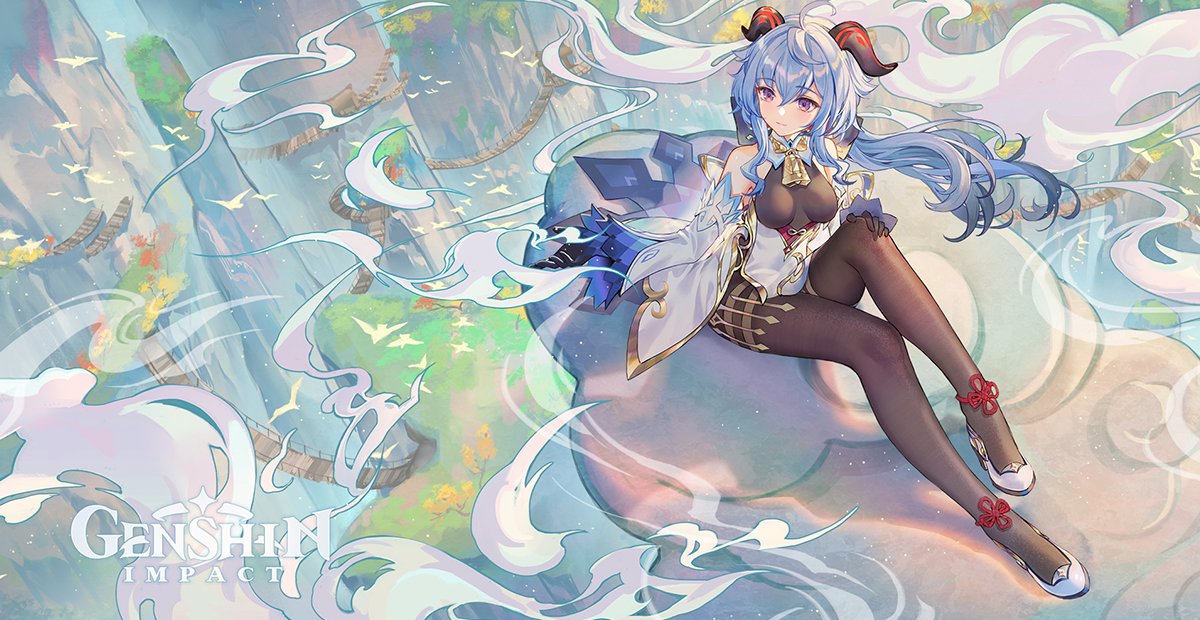 miHoYo did recently provide an update to their players that they will be providing a special preview program for Version 1.3 titled “All That Glitters” on January 22nd.

They wrote on Twitter, “Dear Travelers, Genshin Impact will host a special preview program on Version 1.3 “All That Glitters” on 22 January at 11:00 (UTC-5)! 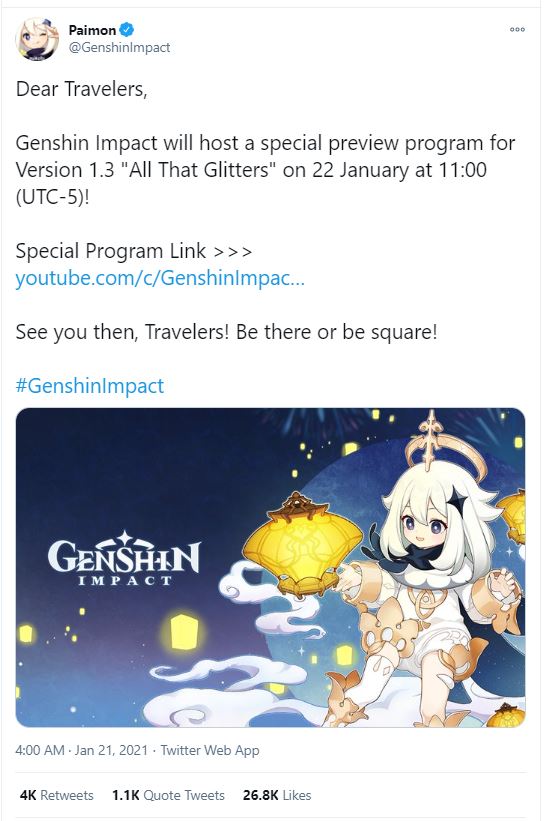 While players wait on “All That Glitters,” miHoYo just announced a Marvelous Merchandise event that will begin on January 23rd and run through January 30th.

Here are the details:

Travelers can submit materials to Liben only once per day. Please mind the daily refresh time of the rewards, as any unused chances to open Boxes o’ Marvels will be lost.”

Genshin Impact is also running their Hypostatic Symphony event that pits Traveler and their companions against new Pure Hypostases.

Travelers must defeat the Hypostases in order to claim a number of rewards that includes Primogems, the game’s currency, talent level up materials, Hero’s Wit experience books, and Mystic Enhancement Ore.

Here are the details:

“Once the event starts, a new challenge will be unlocked each day until the seventh day, by which all the challenges will have been unlocked.

Travelers can choose to participate in the challenge alone or in Co-Op.

During the event, Travelers can challenge the same stage multiple times to try to set a new high score. Your total score is the sum of your high score on all challenge stages. When your total score reaches a certain amount, you can claim the corresponding rewards.”

Are you looking forward to getting your hands on Xiao and Hu Tao? What details do you think miHoYo will reveal about their 1.3 Update on January 22nd?