ABLAZE Publishing just announced they will be releasing a brand new Conan the Barbarian comic book series titled The Cimmerian: Iron Shadows In The Moon from writer and artist Virginie Augustin. 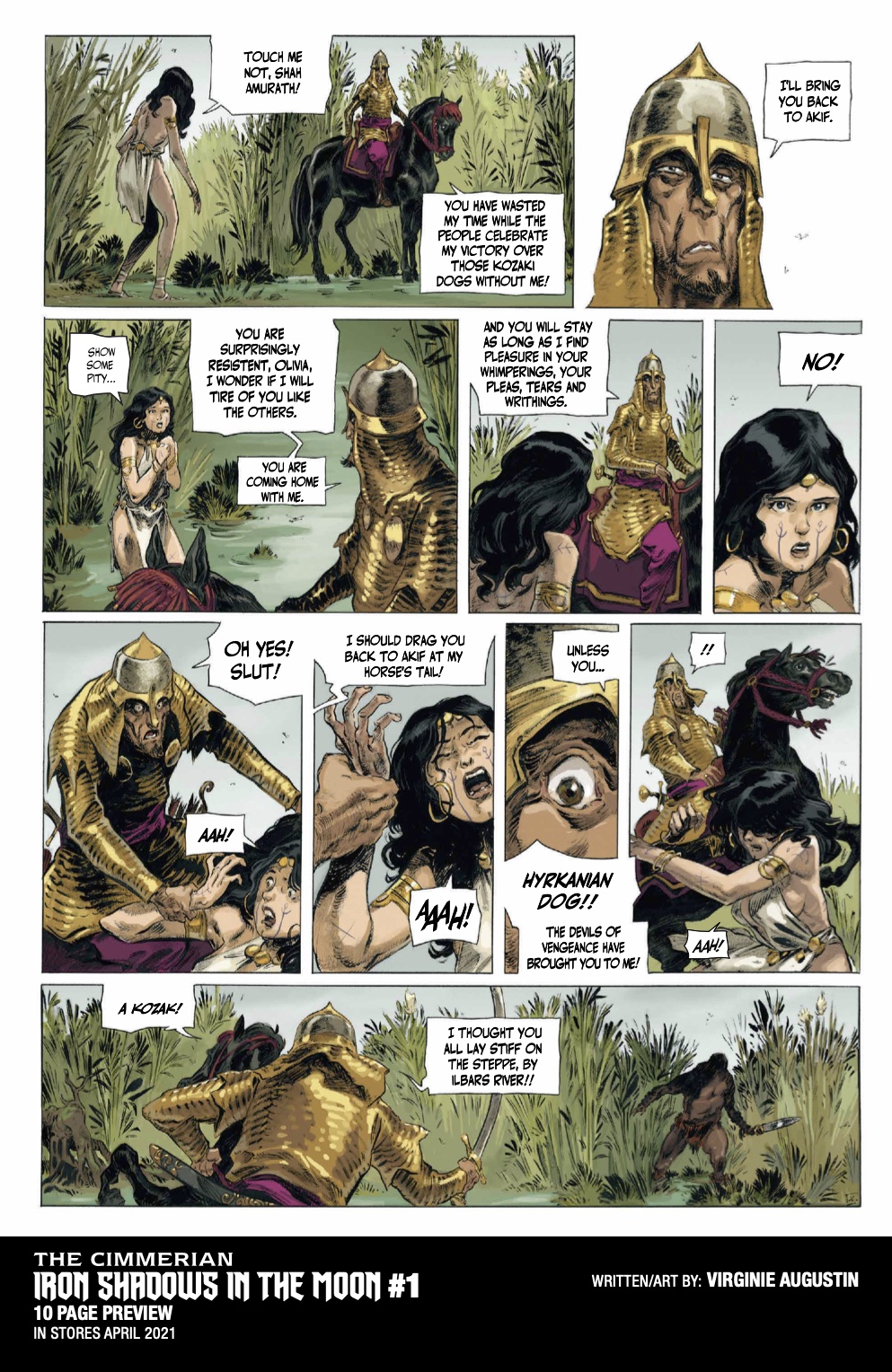 The story sees Conan go on a journey with a young woman after he rescues her from the clutches of an evil master who had been pursuing her.

After rescuing the young woman, the two set out on a journey that leads them to an idyllic island. However, while the island might look like paradise, they discover some strange ruins infected by dark magic. 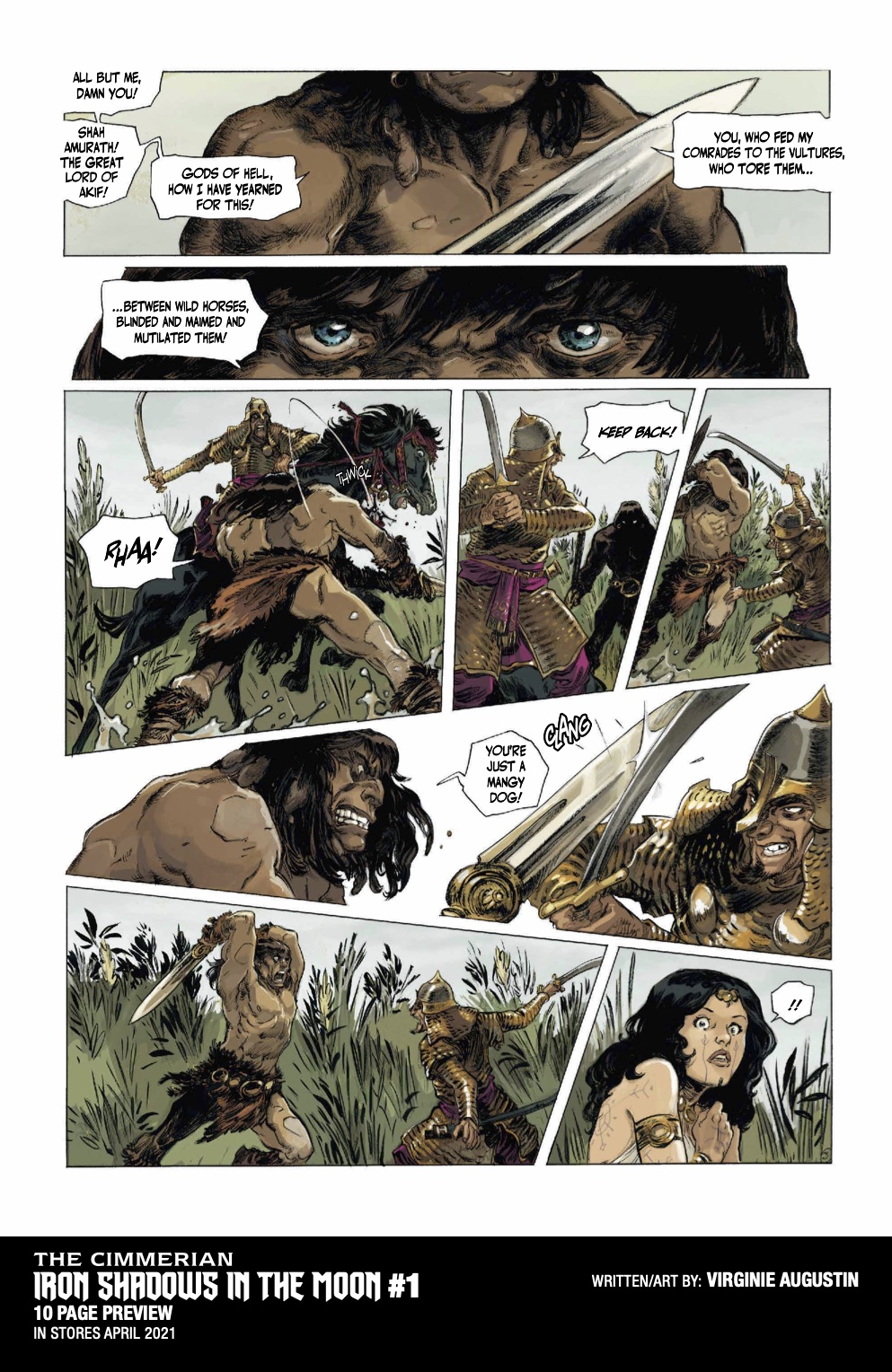 Their island paradise quickly turns into a world of suffocating nightmares. Conan and the young woman find out physical foes might be the least of their worries and that their own internal demons might be the biggest threat they’ve ever faced. 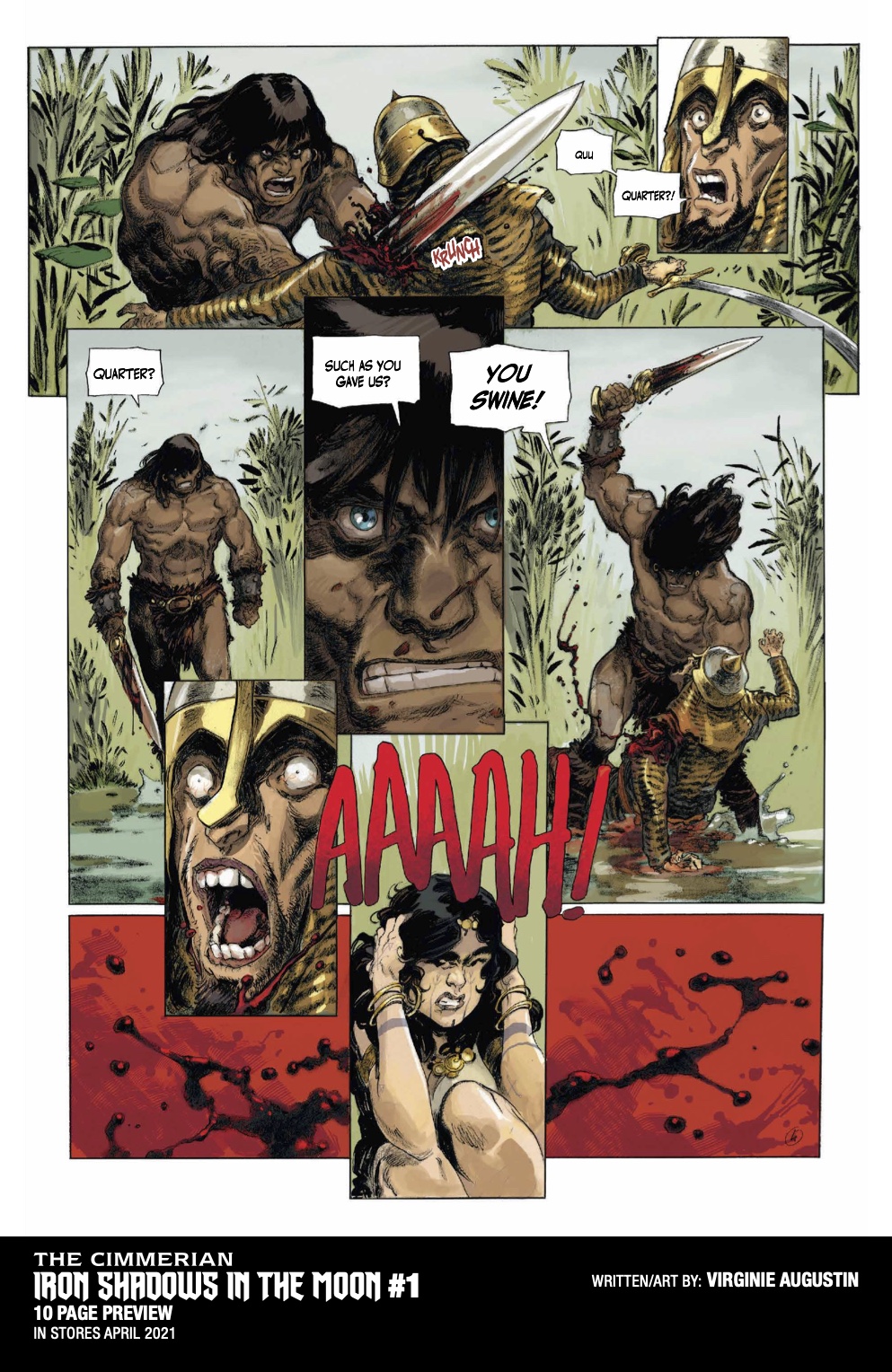 “A young woman in danger is pursued by her vile master. Conan, whose family has just been wiped out by this same master, puts an end to the beauty’s pursuer, and saves her with a blow of his sword. Bound by fate, the couple decide to hit the road together. Their journey takes them to an island where they discover strange ruins inhabited by dark magic. Their paradise-like refuge soon turns into a suffocating nightmare where shadows lurk. Who knows the extent of the dangers that lie there?   They will quickly learn that on an island, the biggest threat does not always come from the outside…” 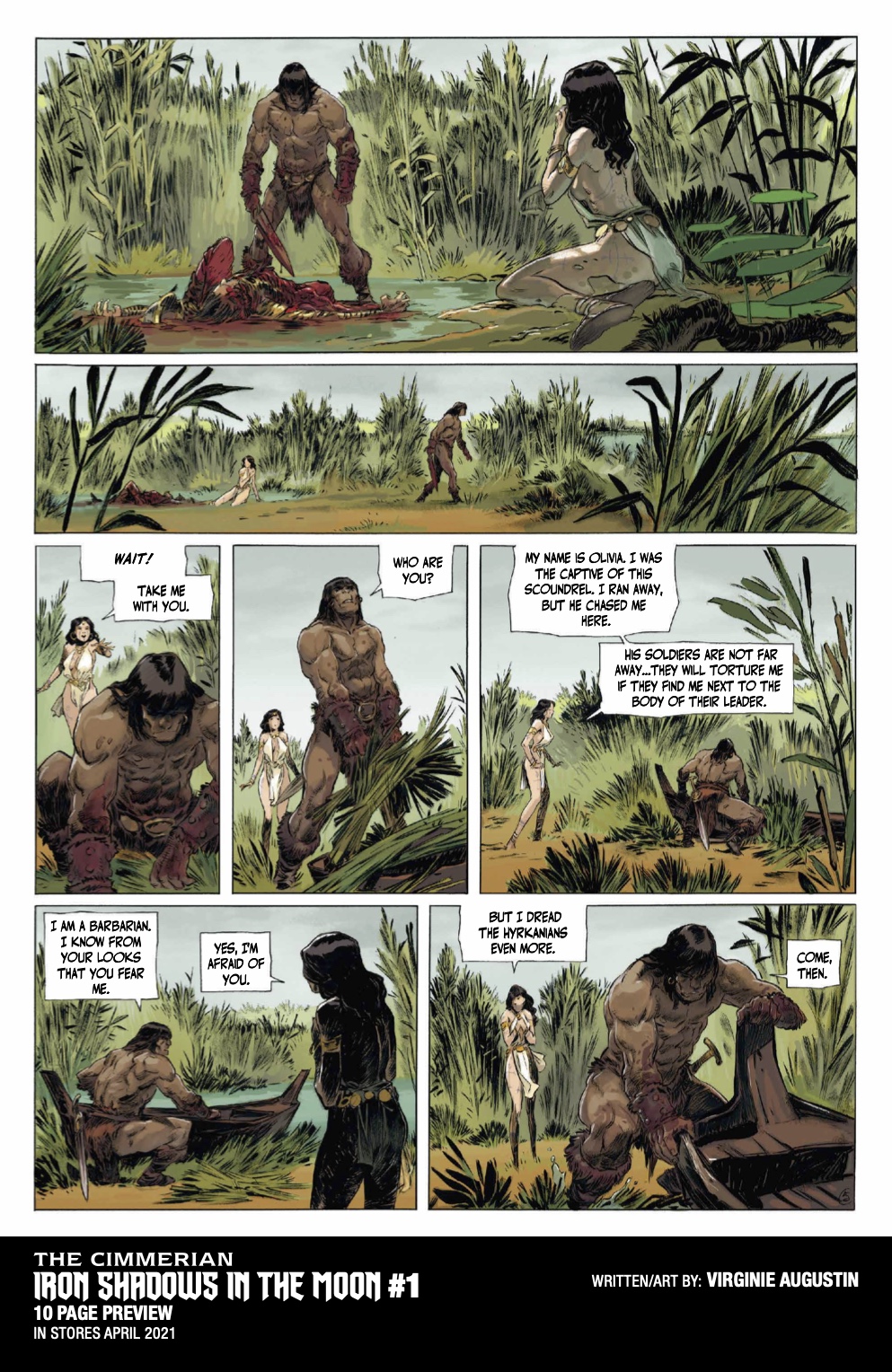 “Iron Shadows in the Moon reveals the genius of its author in describing universes as singular as they are mysterious. With her line, both delicate and powerful, Virginie Augustin illustrates this oppressive and mystical atmosphere, and gives the story a new graphic breath.”

The Cimmerian: Iron Shadows In The Moon #1 will hit comic book shelves on April 7, 2021. 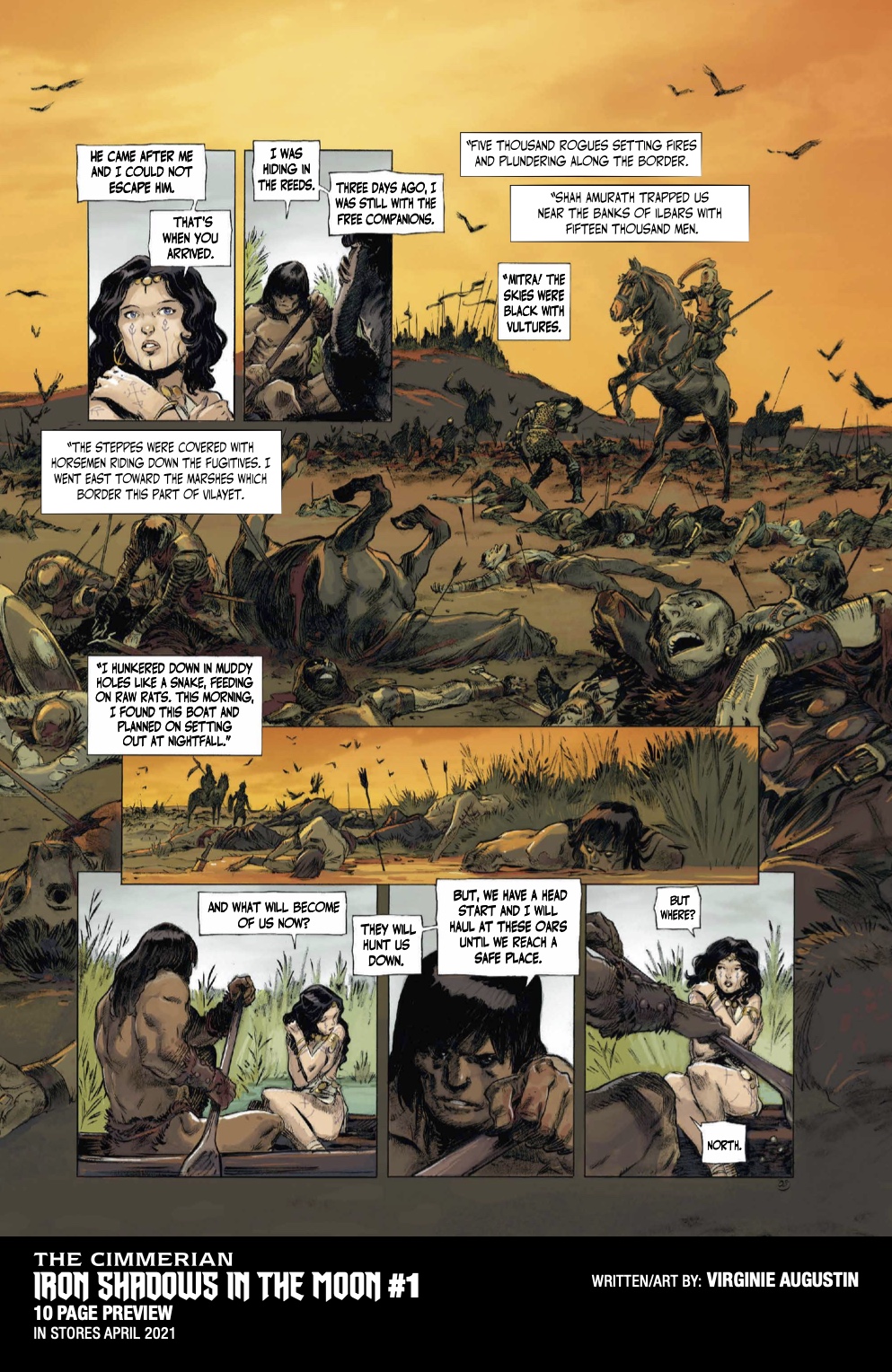 Here’s the cover by Virginia Augustin. 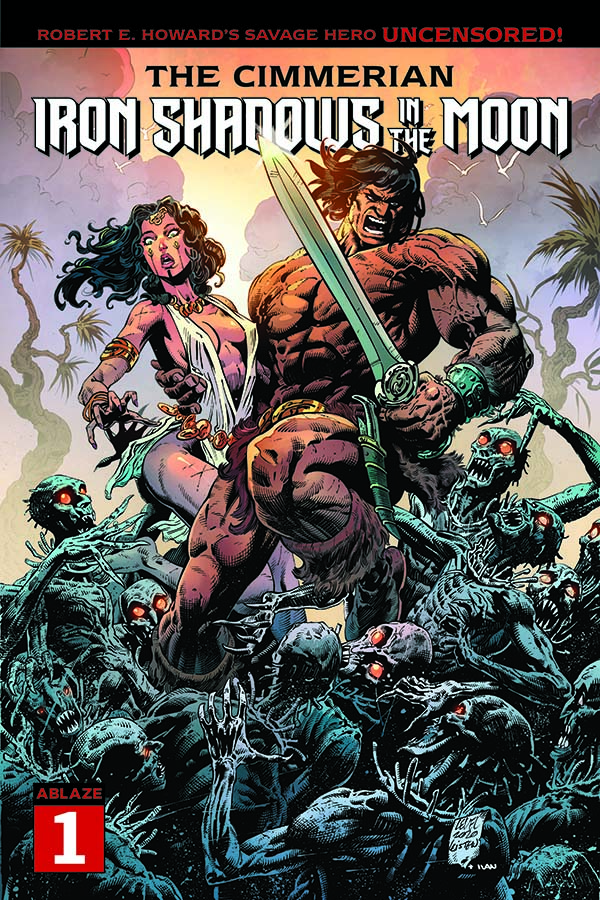 Next is Brian Level’s cover. 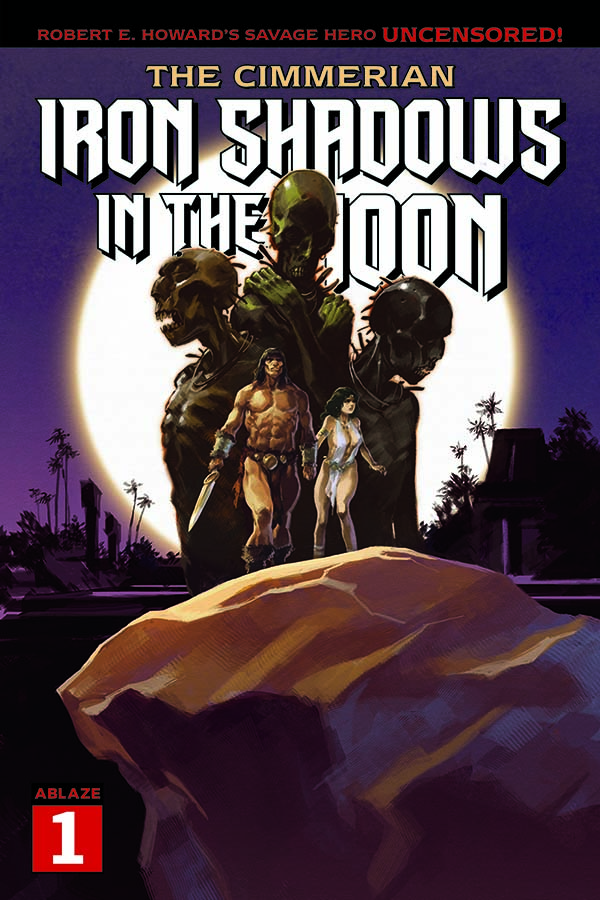 Then we have Kajo Baldisimo. 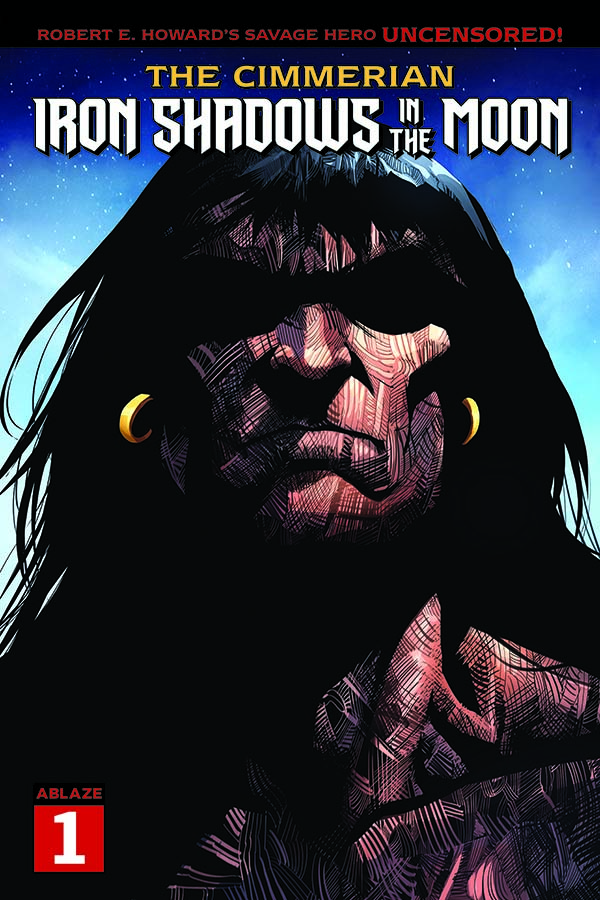 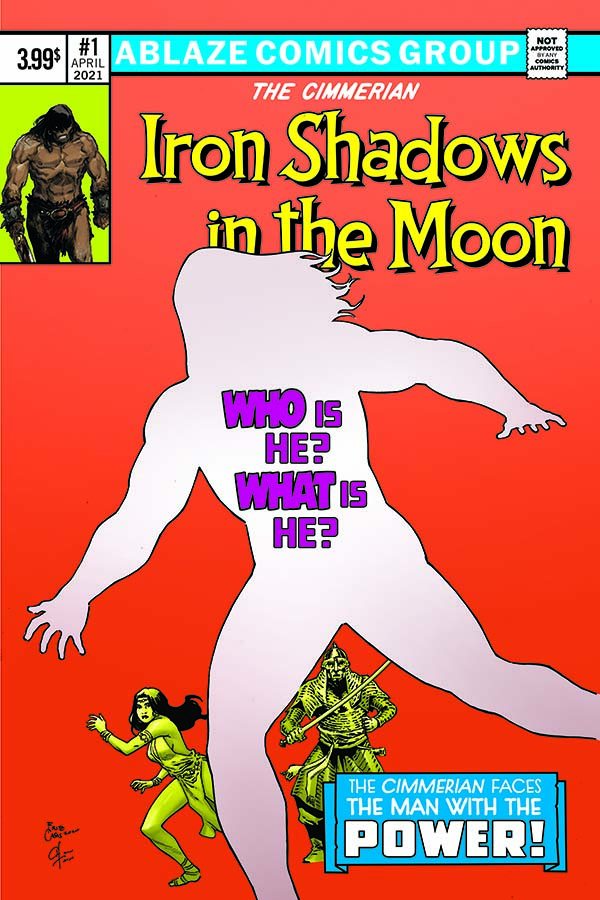 This hardcover collection collects the comic book adaptations The People of The Black Circle and The Frost-Giant’s Daughter. It will also include Robert E. Howard’s original prose stories. 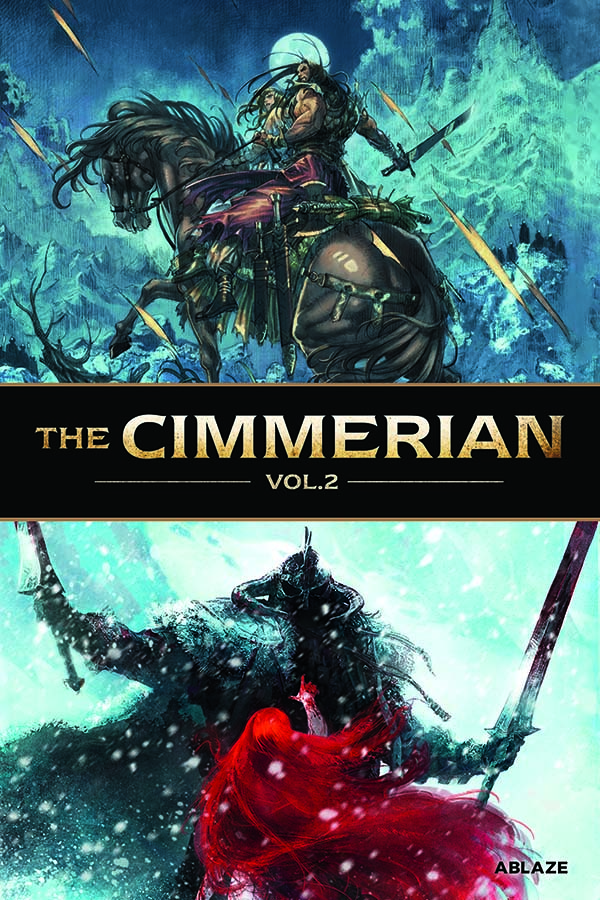 ABLAZE VP of Creative and Business Development Rich Young touted the two new releases, “The Cimmerian line of comics and graphic novels continue to be some of the most popular and talked about titles that ABLAZE is releasing.  So happy to be announcing this newest series and Vol 2 collection. Stay tuned for more news as we continue to build on this fantastic publishing program.”