Genshin Impact developer miHoYo revealed new free Primogems codes along with a massive update on what is coming in Version 1.3 and their Lantern Rite event.

They revealed these new Primogems codes as part of their Version 1.3 Special Program on the Genshin Impact YouTube channel.

The first code, found in the below screen shot, is jsSK8n23jzR. Upon inputting the code you will receive 100 Primogems as well as 10 Mystic Enhancement Ores.

They would reveal a second code, seen below, dU2mhjQL1ZT. This code rewards players with 100 primogems and five Hero’s Wits.

Along with the codes, they confirmed the name of Version 1.3 is called All That Glitters and will feature the major event called Lantern Rite and that the Conqueror of Demons, Xiao, will become a playable character.

In the video, Paimon reveals that the Lantern Rite will heavily involve Xiao and Travelers will be journeying alongside the Conqueror of Demons during his own story quest.

Paimon explains, “Throughout the event period, Travelers as low as Adventure Rank 23 can unlock Xiao’s story quest without even using a story key.”

However, after the Lantern Rite event ends Traveler’s will have to attain Adventure Rank 32 and use a story key in order to unlock Xiao’s story quest.

miHoYo then confirmed that Xiao will become a playable character in Version 1.3. Xiao becoming playable had previously been leaked.

Xiao is an Animo-aligned user that wields a polearm. He is voiced by Laila Berzins in English and Matsuoka Yoshitsugu in Japanese.

He has an interesting plunging attack whose damage is based off of how far he plunges.

His elemental skill is called Lemnistatic Wind Cycling. miHoYo explains, “In this skill Xiao lunges forward and deals Animo damage to enemies in his path. The skill starts with two charges. But the interesting is that Xiao can perform the skill in mid-air.” 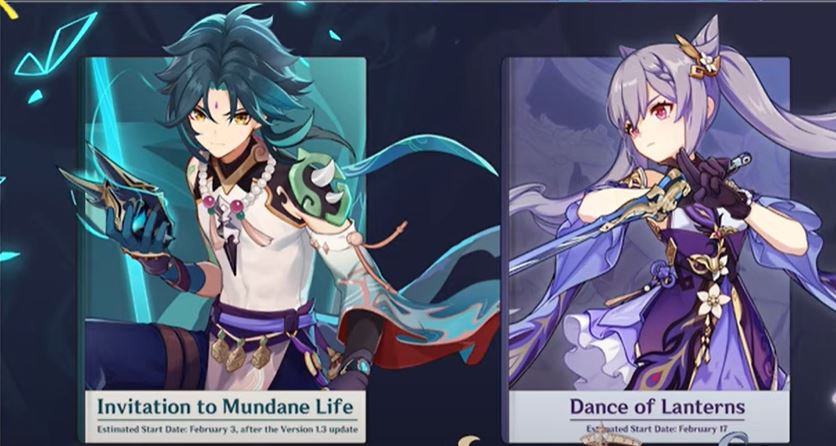 As for his elemental burst, Bane of All Evil, he puts on his Yaksha mask.

miHoYo explains, “When Xiao unleashes his elemental burst, Bane of All Evil, he dons the mask and takes the form of the vigilante Yaksha at the price of his HP. When Xiao has the yaksha’s mask on, he constantly loses hp, but his jumping ability greatly increases as well as his attack aoe and damage. And not only that, his attack damage converts into animo damage while he has the mask on.” 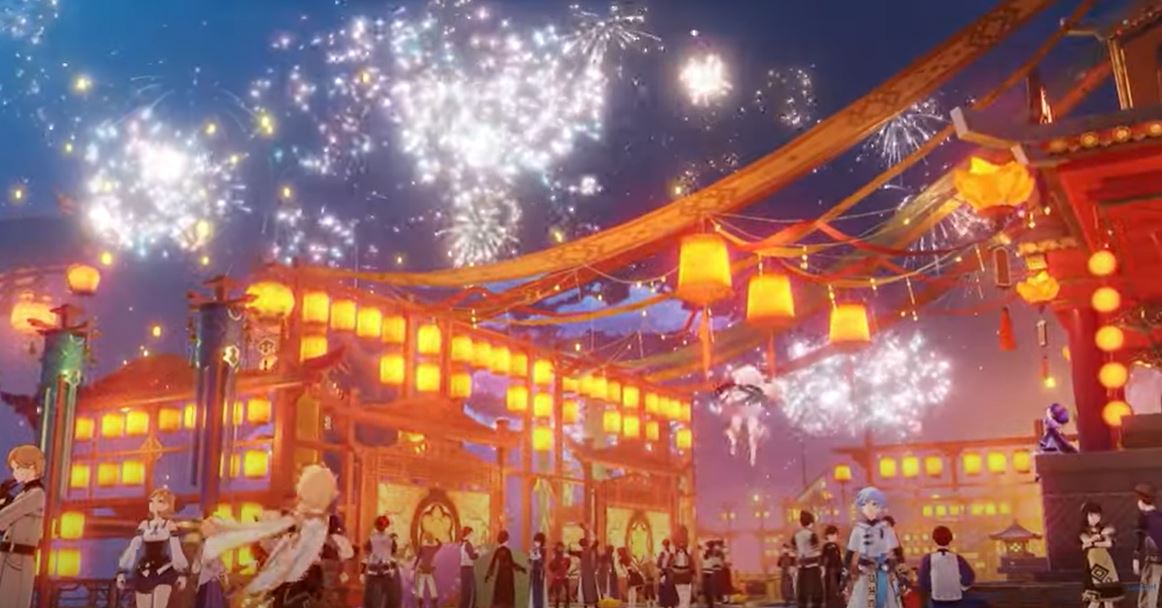 The first event as part of The Lantern Rite will be titled, “May Fortune Find You.” It will reward Travelers with 10 Intertwined Fates for logging in throughout the event period.

In another event titled Stand By Me, miHoYo announced Travelers will be able to obtain one of any of the current Liyue 4 star characters, which includes Chongyun, Xingqui, Ningguang, Xiangling, Beidou, and Xinyan. Only one can be chosen.

There will also be an event shop, where Travelers can purchase character ascension materials and character upgrade materials.

Travelers can also obtain 1600 Primogems by participating in the various events that will be part of Version 1.3.

As for the actual Lantern Rite, it will be broken up into three different stages.

miHoYo explains, “The Lantern’s Rite progress will be indicated by three different stages in the festival. And Travelers will need to complete requests from Lantern Rite Tales to raise Lantern Rite’s Festive Fever. Once Festive Fever reaches the set requirements, the next stage will automatically unlock with more quests, storylines, and of course, new goods in the Xiao Market as well.”

In order to purchase goods in the Xiao Market, you must use event currency.

You can earn this currency through Theater Mechanicus, which is a new event gameplay that is accessed by talking to Ruijin in Liyue Harbor.

miHoYo explains the gameplay, “Travelers will need to deploy things called mechanici to eliminate incoming enemies. Up to two travelers can challenge a stage together.”

“By completing in-game challenges, Travelers may obtain Veneficus sigils, which can be used to upgrade mechanici or unlock more types of mechanici,” they add.

They continue, “Travelers can win the game by using mechanici to protect their ley line monolith from being destroyed or by preventing monsters from escaping the board.” 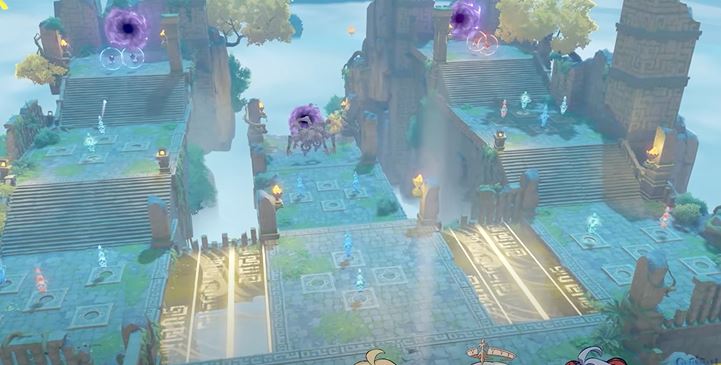 The game also features a Mystic Arts component that can be purchased with Veneficus points as well. These Mystic Arts can “enhance Traveler’s mechanici on the field, while others can greatly incresae the power of your mechanici, but not without side effects.”

Upon winning in the Theater Mechanicus you will obtain Peace Talismans, which can be spent in the Xiao Market.

Upon completing these tasks, you will be rewarded with random photos. The photo rewards each have a color and upon acquiring a complete set of five different colors you can receive a fortune trove from Ji Tong.

To add a wrinkle to this event, the photos that you receive as a reward will be able to be exchanged with other Travelers if they happen to be your friend.