TV Series Finale reports episode 2 “Prior Criminal History” saw viewership decline to 621,000 down from the season’s premiere of 659,000. That’s a little over 5% loss in total viewership.

While it continued to lose viewers, it did see a slight uptick in the 18-49 demographic with ratings for episode 2 coming in at .16 up from .15 for the season premiere. That’s a little over 6% increase.

It’s more than likely the viewership and ratings won’t be improving as YouTuber Gary Buechler of Nerdrotic says in his review of the show, “The quality hasn’t really changed. It remains the same dumpster fire it’s always been.”

He adds, “The loss of Ruby Rose’s Kate Kane only to be replaced by Javicia Leslie’s Ryan Wilder is just a zero sum game. It’s the same bad, it’s just a little a different.”

YouTuber Az from Heel vs Babyface was also unimpressed by the review.

He states, “This show is absolute crap. It really, really is.”

He goes on to add, “Batwoman is a perpetual victim. Everything she gets involved with, she’s a victim. Also she’s kind of racist.”

While discussing the beginning of the episode he says, “This beginning bit is so f***ing stupid I actually had to watch it back to see if I missed something and I hadn’t. It was just really stupid.”

On Rotten Tomatoes the Audience Score for the show has dropped 3 points from where it was a week ago. 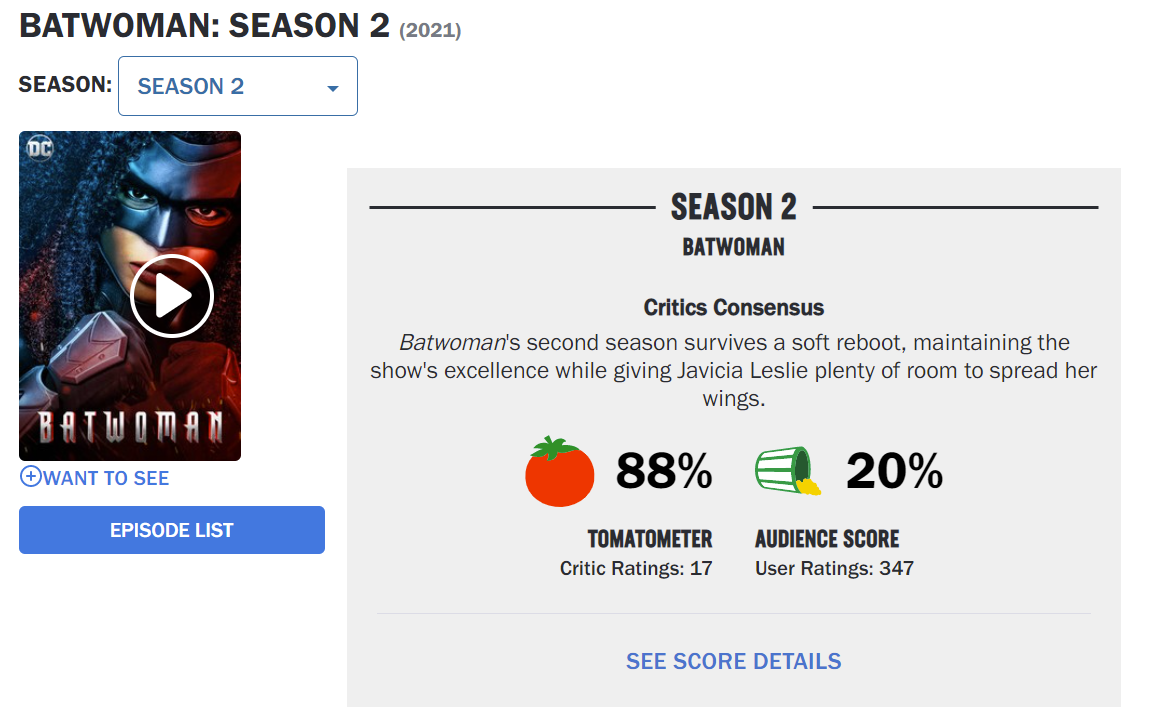 On IMDB, which doesn’t separate the show out by seasons, Batwoman has a 3.5 weighted average out of 10. 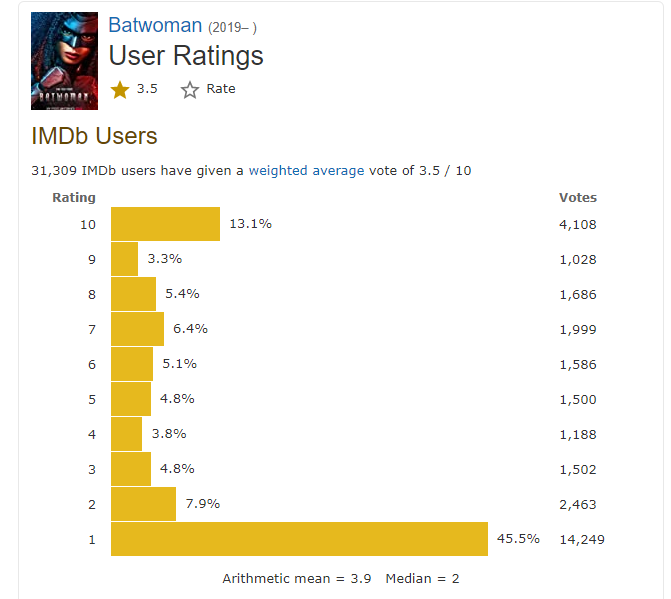 On Metacritic, the show has an abysmal User Score of 1.6 from 399 ratings.

The show does not appear to be improving in quality whatsoever, and audiences are tuning out.

Now, the big question is how low will the viewership get by the end of Season 2? What are your predictions?