Netflix has been slowly but surely expanding its anime catalogue over the past few years and there are quite a bit of really good anime to watch on the streaming service.

We are going to count down the eight best anime that are available to watch on Netflix right now.

Baki follows the story of Baki Hanma as the high school student must face off against five ferocious and lethal death row inmates from across the world in an underground martial arts tournament being held in Japan.

The series is based on the manga Baki the Grappler by Keisuke Itagaki and specifically adapts the Most Evil Death Row Convicts Saga.

Record of Grancrest War follows the adventures of Theo and his mage advisor Siluca as they attempt to establish their own kingdom in the land of Atlatan despite finding themselves in the middle of a brewing civil war sparked by the greed of the land’s nobility.

Theo and Siluca must use their wits, strength, and diplomacy to outmaneuver their opponents and even their allies if they want to survive in this world.

Record of Grancrest War is adapted from the Japanese light novel and tabletop roleplaying game written by Ryo Mizuno and illustrated by Miyū. It was adapted into an anime by A-1 Pictures.

Here’s the official description from Netflix, “Lone mage Siluca wanders the land of Atlatan, disgusted by its greedy nobility. When she meets knight errant Theo, she sees a chance to create peace.”

Not only do they seek to reunite their disbanded order, but they also work to protect the Kingdom of Liones and sinister forces that have infiltrated the land’s protectors, the Holy Knights.

The series has a little bit of a Lord of the Rings flare as it follows the Seven Deadly Knights as they travel throughout the land on their quest to find each other and protect Liones. However, it has a Japanese twist with unique transformations, exciting combat, unexpected twists and turns, and of course some adult hanky panky.

The anime is adapted from Nakaba Suzuki’s manga that is still ongoing and serialized in the Weekly Shonen Magazine.

Here’s the official description from Netflix, “When a kingdom is taken over by tyrants, the deposed princess begins a quest to find a disbanded group of evil knights to help take back her realm.”

The Berserk: Golden Age trilogy follows a warrior named Guts as he is forcibly recruited by a man named Griffith into his mercenary group, Band of the Hawk.

Griffith with Guts at his side leads the Band of the Hawk to victory after victory as they are recruited by Midland in their war against the Tudor Empire. With each victory, Griffith positions himself to obtain ever more power in Midland to the chagrin of many of the nobles.

The series explores the themes of friendship, lust for power, and political intrigue.

Here’s the official description from the first film, The Egg of the King, “Loner Guts is recruited by Griffith and his band of mercenaries, but their ensuing success as a full-fledged army could lead to a horrible fate.”

Demon Slayer follows the story of Tanjiro as he becomes a Demon Slayer and seeks a way to cure his cursed sister after they are the only survivors left after a demon attacked their remote home in the mountains.

In order to become a Demon Slayer, Tanjiro must undergo rigorous training under the tutelage of Sakonji Urokodaki. And then upon earning the title of Demon Slayer, he must hunt down and eradicate demons that threaten the lives of the people in Japan.

The anime is adapted from Koyoharu Gotouge’s manga. The manga was adapted into an anime by Ufotable.

Here’s the official description from Netflix, “After a demon attack leaves his family slain and his sister cursed, Tanjiro embarks upon a perilous journey to find a cure and avenge those he’s lost.”

The trilogy follows a group of human refugees who fled from Earth after Godzilla began destroying the planet and physically remaking it into his image. It specifically focuses on Captain Haruo Sakaki, who wants revenge against Godzilla after his family were killed by the giant monster.

He actually convinces the refugees to return to Earth after they are unable to find another habitable planet and their resources are beginning to diminish. Upon arriving back at Earth, time has passed over 20,000 years and they face a hostile planet.

The refugees must fight for their survival against the dangerous planet and Godzilla. But they aren’t just fighting a physical battle as a battle for their spirituality also ensues when they discover the remnants of Mechagodzilla.

That spiritual battle would continue into the third film as a number of the refugees turn to worshiping Ghidorah and desire to bring him to Earth in order to destroy Godzilla. There’s a poignant message about hope and despair, and that you can still be hopeful even when facing death in a losing battle.

Here’s the official description for Godzilla: Planet of the Monsters, “A desperate group of refugees attempts to recolonize Earth 20,000 years after Godzilla took over. But one young man wants revenge above all else.” 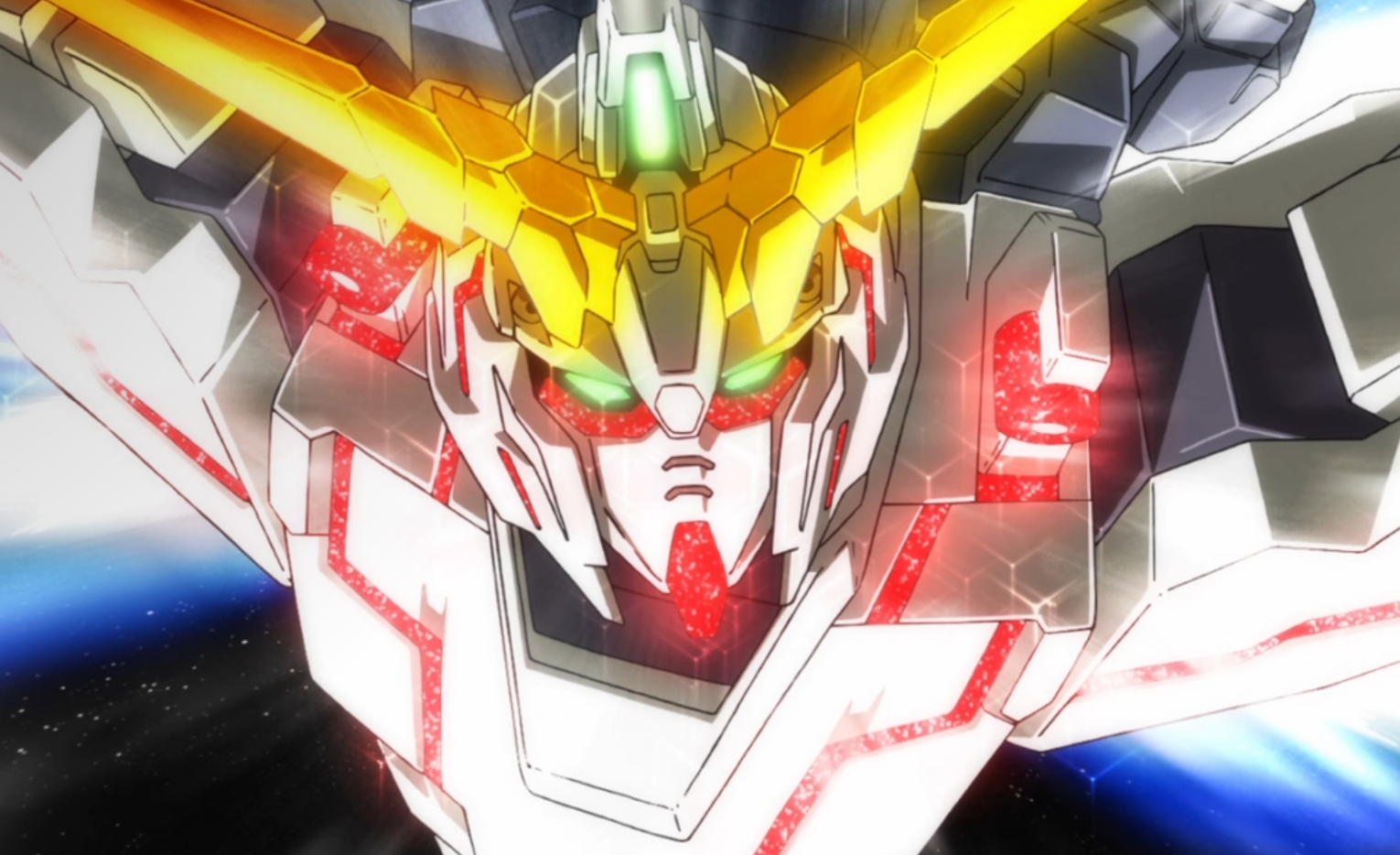 Mobile Suit Gundam Unicorn follows the story of Banagher Links as he pilots the RX-0 Unicorn Gundam and travels across the galaxy to uncover the secrets of Laplace’s Box.

During his journey, Links finds himself embroiled in the battle for space independence as he finds himself both allied and opposed by the forces of Neo Zeon, the Vist Foundation, Anaheim Electronics, and the Earth Federation.

The anime is based off the novel written by author Hautoshi Fukui and character and Gundam designs created by Yoshikazu Yasuhiko and Hajime Katoki.

Here’s the official description from Netflix, “When Banagher Links meets the mysterious Audrey Burne, he inherits the Unicorn Gundam and is swept up into the battle for space colony independence.”

Megalobox follows the story of Joe, the Junk Dog, who makes a meteoric rise through the Megalobox ranks as he hopes to become the best Megalobox fighter.

However, Joe doesn’t just have to face off against his myriad of opponents, he also has to deal with the internal politics of Megalobox and the  post-war society at-large that has given rise to Megalobox.

To make matters even tougher for Joe, he fights without gear and earns the moniker Gearless Joe. 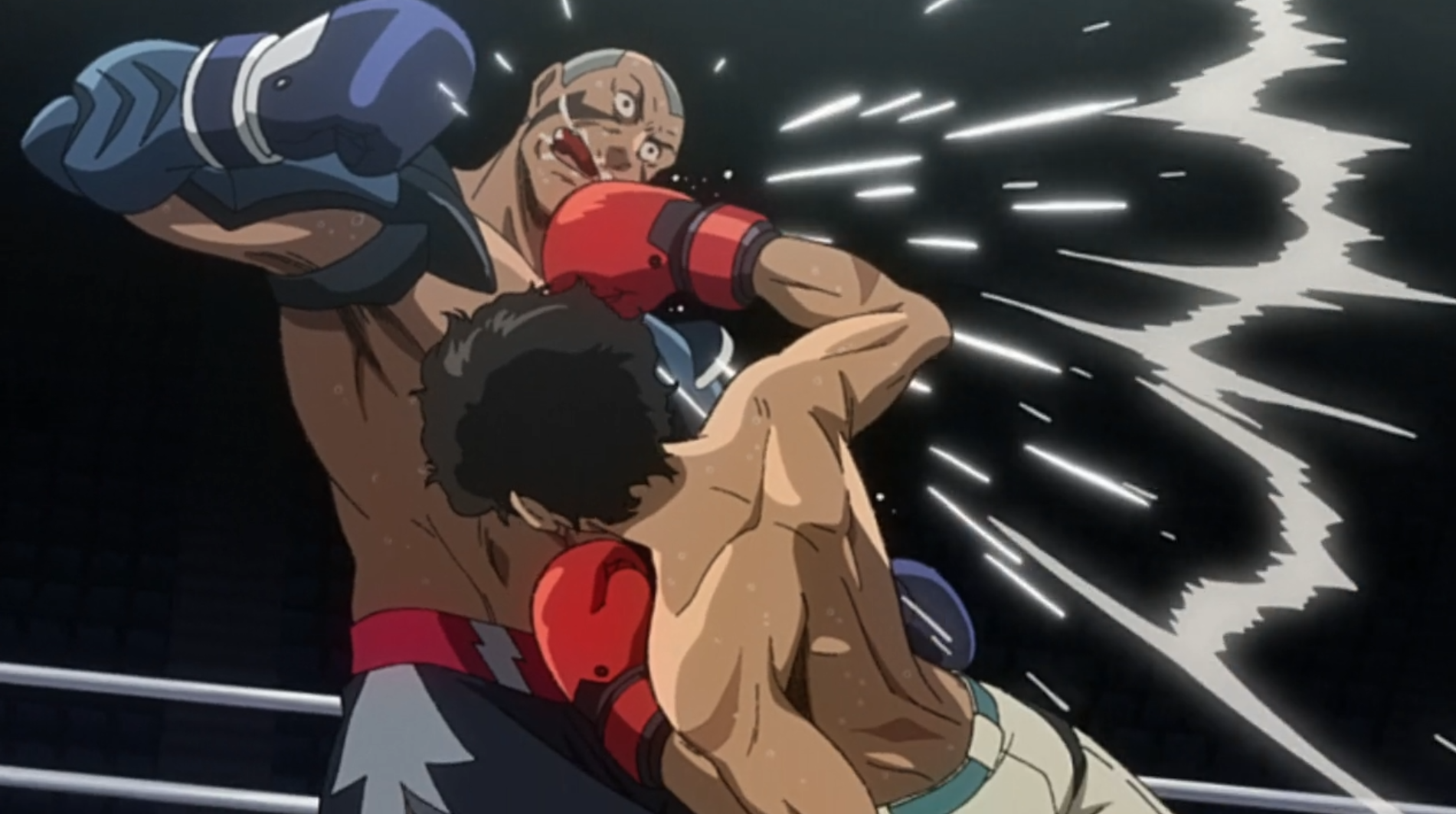 The series explores the themes of determination, persistence, the joy of fighting, and even touches on the idea of what it means to be human.

Here’s the official description for Megalobox, “Created for the 50th anniversary of manga “Ashita No Joe,” mechanized human fighters known as Megalo Boxers battle each other for boxing supremacy.”

What do you think are the eight best anime to watch on Netflix right? What anime recommendations do you have?