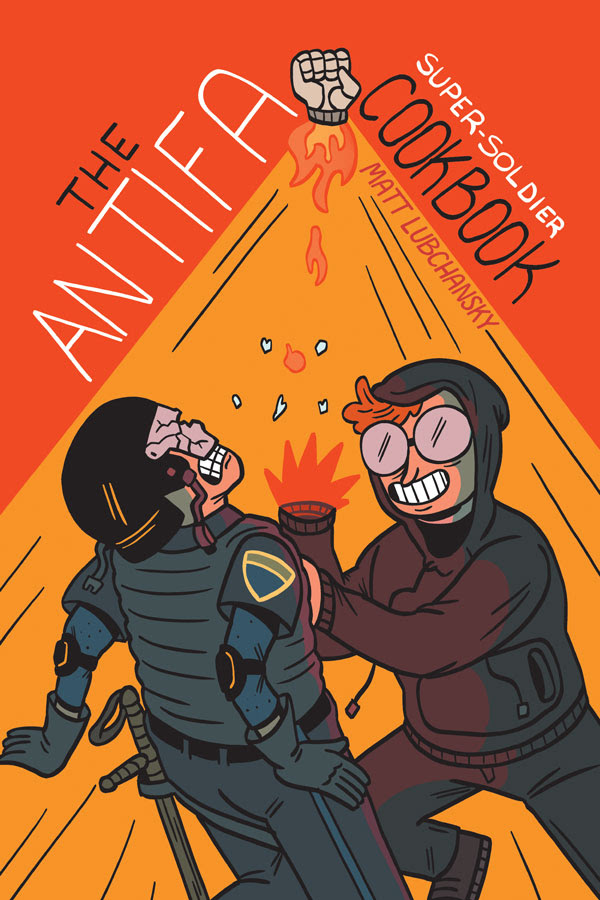 The book is written and drawn by Matt Lubchansky, who is currently the Associate Editor of The Nib. Lubchansky has also written for VICE, New York Magazine, Mad Magazine, and others.

The book will follow accomplished ANTIFA operative Max Marx as he attempts to put a stop to a debate being held by Adonis Asproulis at Earle University.

There is a bit of a comic book twist, as Marx is not just an ANTIFA operative, but he will also become part of ANTIFA’s super-soldier program.

The only one who might be able to stop him is newly-promoted Sergeant Paul O’Shea. 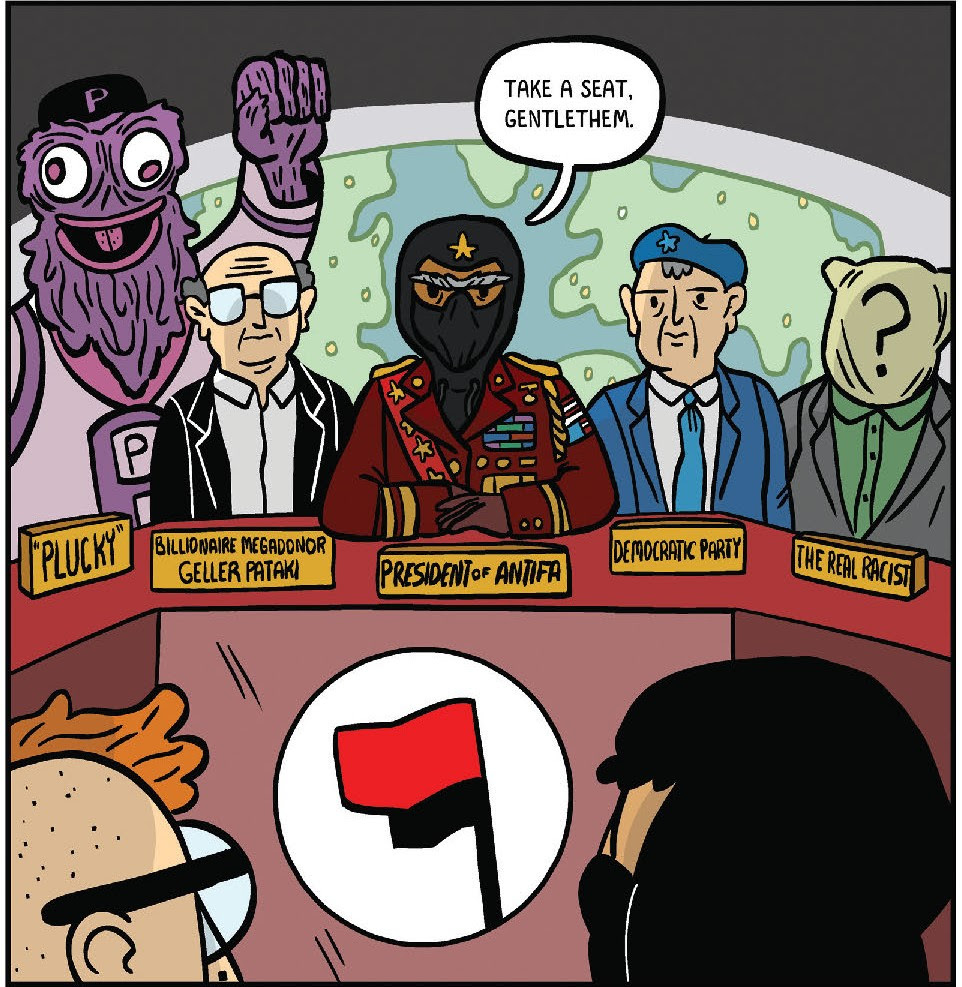 “Accomplished ANTIFA operative Max Marx is about to get THE big promotion: body augmentation to become a fully-fledged super-soldier in the shadowy organization’s never-ending battle to destroy the police, the American way of life, gender, capitalism, and anything else they decide to deem “fascist.”

The next frontline: internet celebrity and right-wing gadfly Adonis Asproulis is about to give a lecture on the campus of the prestigious Earle University. Adonis could do the impossible: present college students with a debate, ANTIFA’S worst nightmare. Can Max and his comrades get to the university and deplatform him in time? Or can the officers of the Big City PD and newly-promoted Sergeant Paul O’Shea put a stop to it?”

Silver Sprocket publisher Avi Ehrlich commented on the book saying it “dares to ask: What if everything the right though about the left was real?”