It has been a week since the Krystina Arielle hosted YouTube show covering the new Disney publishing effort Star Wars: The High Republic has aired, and it’s viewing numbers are…okay, I guess.

The premiere episode currently sits at a little over 100,000 views. However, 6.2k gave it a thumbs up, while 3.5k viewers gave it a thumbs down. As much support as Krystina Arielle was given for her hosting the show, from Star Wars’ official Twitter account to a number of industry individuals, the support from viewers (as seen in the comments) seems lackluster at best.

However, the comments on the High Republic video aren’t in support of the effort’s first book, Light of the Jedi, but are rather overwhelmingly expressions of disdain for the line’s writing or excitement for The Mandalorian and the upcoming Book of Boba Fett. 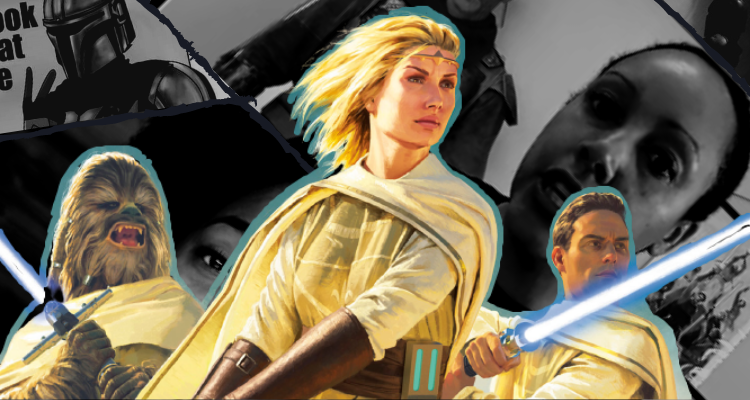 Literally Anything Other than the High Republic

It was hard finding comments praising the High Republic comic, book or even video for that matter. There were a few comments that generally acknowledged it as a “great” work. And by few, I’m probably being generous.

One YouTube user, PokéfreakGaming, remarked, “Light of the Jedi was great! Can’t wait for Into the Dark.”

However, the bulk of the comments wanted to talk about Gina Carano, Luke Skywalker, The Mandalorian, or how unhappy respective viewers were with the High Republic’s social justice virtue signaling efforts. In other words, literally anything other than the actual book itself.

Freaky P stated that they “Just finished the first book. Sorry but i don’t like it.”

Ryan Groshong wrote, “Thanks for ruining my escape. What was once a story based tale has become a platform for sjw politics. If you are so talented, why not make your own IP rather than destroying something that so many love?”

“Can we just get more Mandalorian and more Luke Skywalker,” asked James Dashwood. “I mean Luke is still a young man in the Mando timeline, like early to mid 20s right. Why couldn’t we have more adventures with him Hans and Leia? Disney is putting resources into the wrong things.”

“I can’t wait to see what happens next in The Mandalorian + more Luke!” said Jim Garibaldi.

Hope for Humanity wrote, “Looking forward to the book of Boba and Luke Skywalker from the mandalorian! Great to have a symbol of hope that conveys prosperity and hard work!

Captain Howdy warned viewers, “You can stop this video after the 1:53 mark. What a cringe fest.”

One YouTube user noted, “I kinda wonder why so many people comment about the Mandalorian under a High Republic video. Unfortunately I have a feeling why…”

“Cara Dune is one of my fav characters,” wrote The Black Neon. “Can’t wait to see more!”

A Tip of the Iceberg

I’d like to say that maybe I’m exaggerating with the comment ratios, but these comments section has seen nothing but an outpouring of praise for The Mandalorian, wishes to see more of Dave Filoni and Jon Favreau’s work in the future, excitement for more Gina Carano, the Boba Fett’s upcoming series – anything other than the High Republic.

Of course, everything listed here is just a sampling of the comment section, but it’s apparent that interest in the High Republic is lackluster at best. In fact, this evidenced dissatisfaction with the line stands in direct contrast with the book’s status as a New York Times bestseller, as Given the hobbling state of the comic book industry and literature in general, it’s hard to imagine the book being something the audience would want to talk about 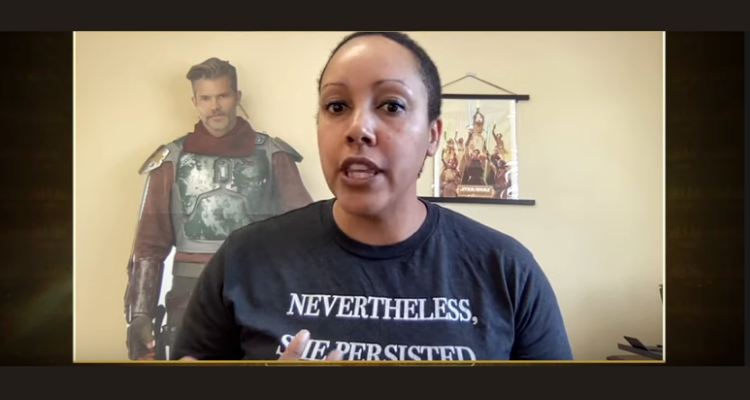 It seems as even enthusiasm for the line is low among its own creators, as seen in the above screenshot of Star Wars: The High Republic: A Test of Courage writer Justiana Ireland taken during The High Republic show, where a giant cutout of The Mandalorian’s Cobb Vanth can be seen prominently displayed next to a miniscule wallscroll of the author’s own material.

One would be hard pressed to find a more clear visual signal of the difference in quality between the respective projects.

What do you make of The High Republic Show’s debut numbers? Let us know your thoughts on social media or in the comments down below!