The newly released Queen Latifah led The Equalizer reboot didn’t start off strong in the ratings department for CBS despite the Super Bowl leading into it.

The Equalizer TV series is a reboot of the original TV series from the 80s starring Edward Woodward. Woodward played Robert McCall, a former intelligence operative who used his skill set to help the innocent. 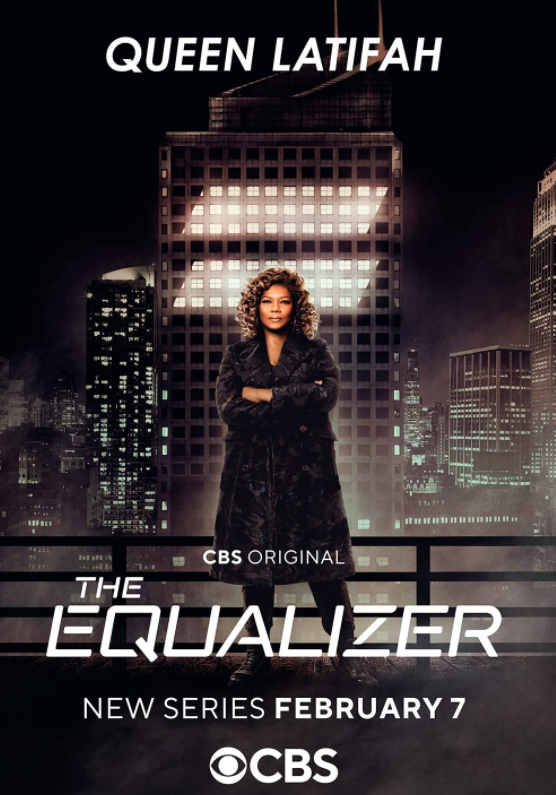 The rebooted show follows former CIA operative Robyn McCall “who uses her extensive skills to help those with nowhere else to turn.”

The actress added, “She is all about taking what she has learned through the years … and using it for the other 99 per cent of the population who don’t have access to people like her.” 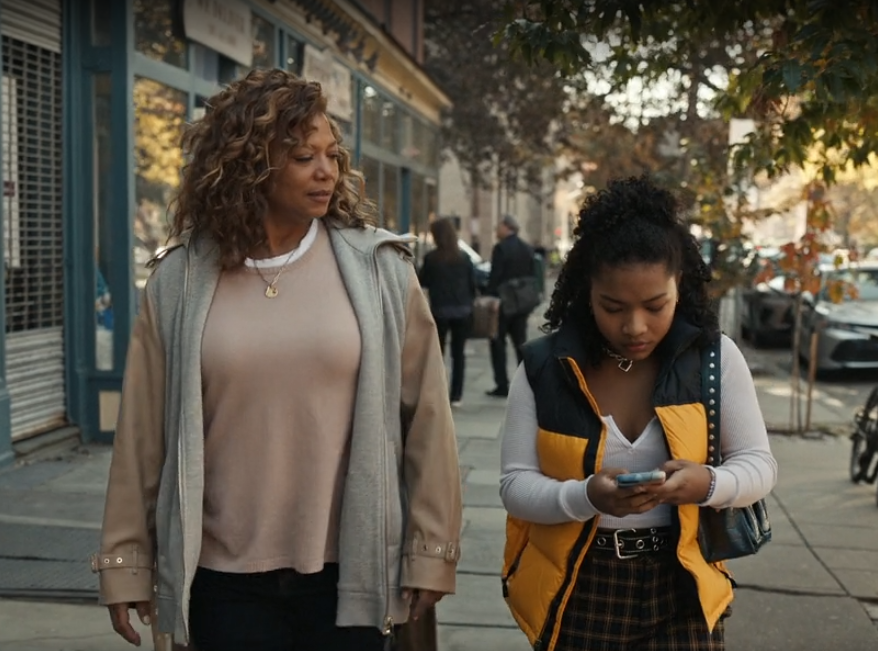 In a separate interview Latifah stated, “I think Black women have been equalizing for years and years and years, from Hatshepsut (a female pharaoh) to Stacey Abrams to Kamala Harris, to my mother, to my grandmother.”

“I’ve watched Black women be strong, caring, sensitive, handle their business, be entrepreneurs … When it comes to how much we actually carry, and how much grit we have and how much determination we have, and how powerful we are and how magical we are … it’s time for the world to just see it on a normal basis,” she added.

Showrunner Andrew W. Marlowe also revealed, “To have a black woman be the face of justice, we think is really, really interesting special sauce for this moment.” 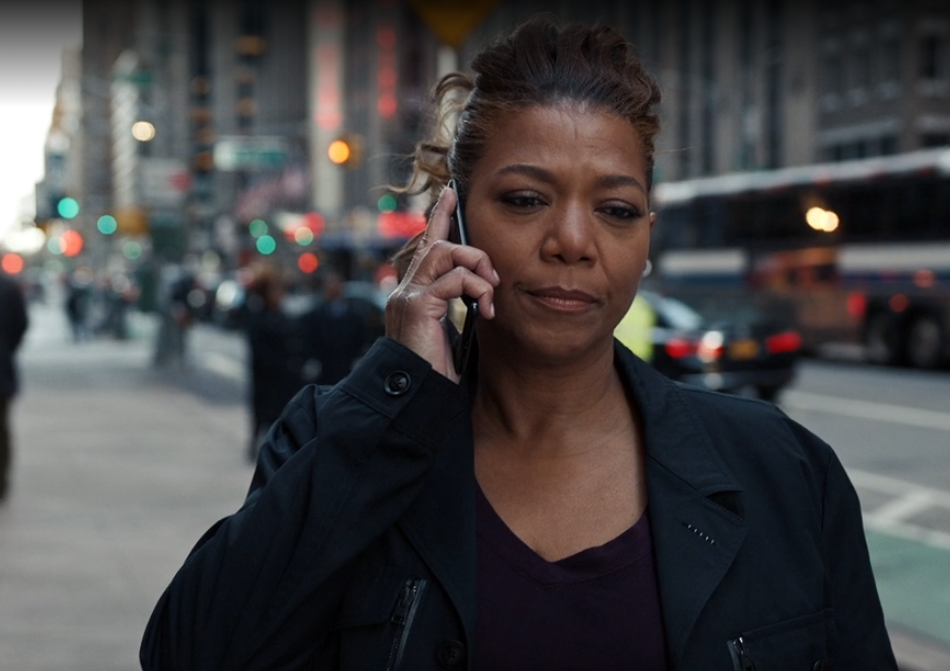 Despite debuting after the Super Bowl, the show’s ratings are not stellar.

TV Series Finale reports the show clocked in with 20.404 million people tuning in and a 5.08 rating in the 18-49 demographic. Those numbers might seem extremely impressive especially if you compare them to a show like Batwoman, which isn’t even watched by one million people on a weekly basis.

However, you have to factor in that the show was preceded by the Super Bowl, which brings in a healthy portion of that audience.

Also if you compare to 2020, the show’s ratings are significantly down compared to The Masked Singer Season 3 premiere, which debuted after the Super Bowl. 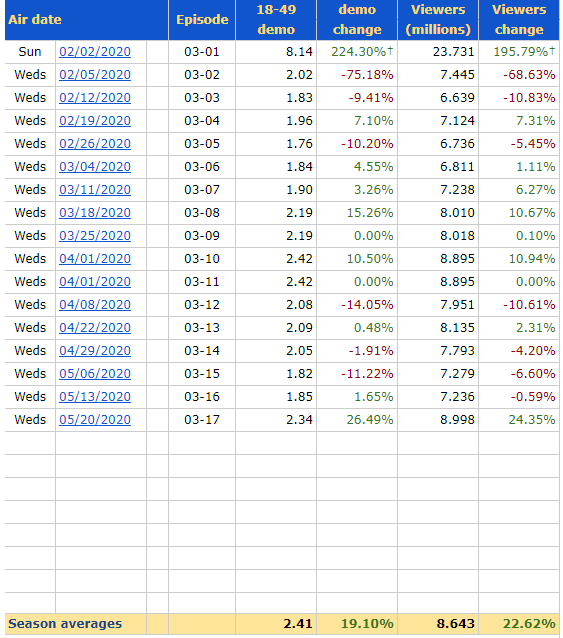 Now, you might be thinking, the Super Bowl wasn’t watched by as many people and that might account for the decrease. That does not appear to be the case. The Super Bowl in 2020 was watched by 102.1 million people on Fox. This year only 96.4 million tuned in.

Now, that’s a decrease, but it’s only a 5.58% decrease. It’s not the 14% drop off that is seen when comparing The Masked Singer to The Equalizer. 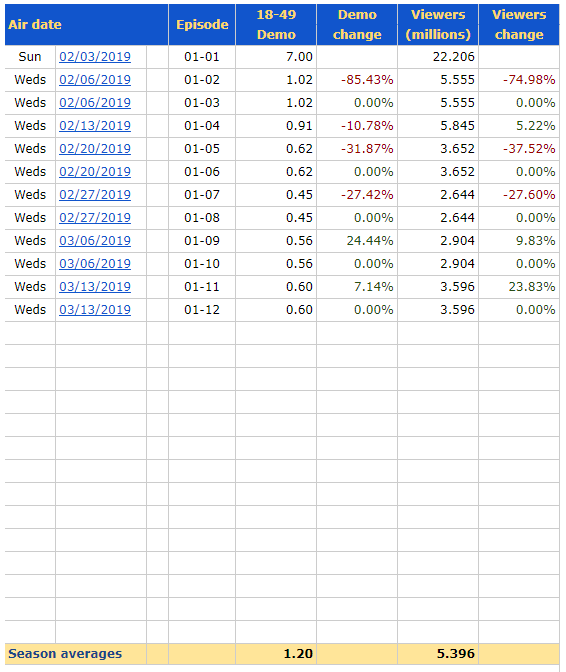 Not only is viewership already down for The Equalizer, but the audience scores for the show are in the tank.

On Rotten Tomatoes, the season premiere has a 30% Audience Score.

On IMDB the show fares a little bit better. 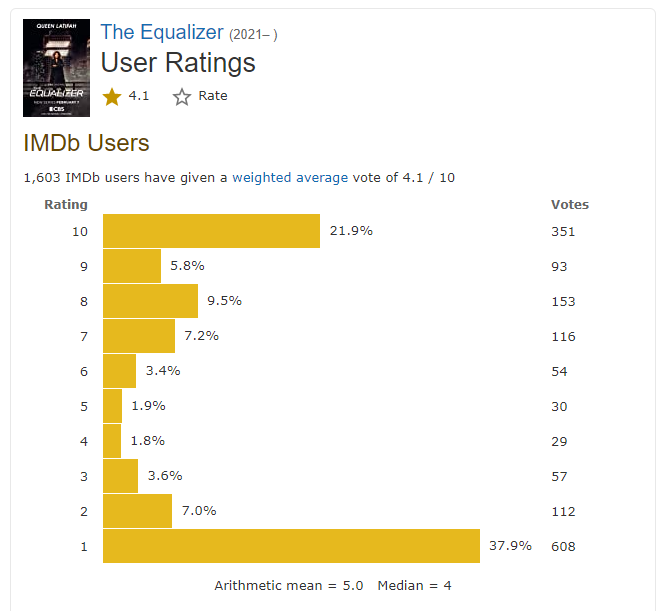 If the show follows the pattern of The Masked Singer, viewership will plummet around 68% leaving around 6.5 million people tuning in for the second episode. That would make it the fifth most watched show on CBS’ lineup behind mainstays FBI, NCIS, Young Sheldon, and The Neighborhood. All of those shows have at least three seasons on air.

However, if it follows The World’s Best viewership could plummet even further. It could drop almost 75% leaving around 5.1 million people tuning in for the second episode. That would drop the show to 11 on CBS’ linup behind the likes of FBI: Most Wanted, B Positive, Magnum PI, Mom, Bob Abishola, and NCIS: Los Angeles.

What do you make of the ratings and viewership for Queen Latifah’s The Equalizer series?