Marvel Comics recently revealed a slew of Women’s History Month variant covers featuring a number of of their female characters including Jennifer Walters aka She-Hulk, where she actually looks like a woman.

All of the variant covers are done by artist Jen Bartel and will grace the covers of Black Cat, Black Panther, Spider-Woman, King in Black: Ghost Rider, Avengers, Iron Man, Silk, and X-Men. 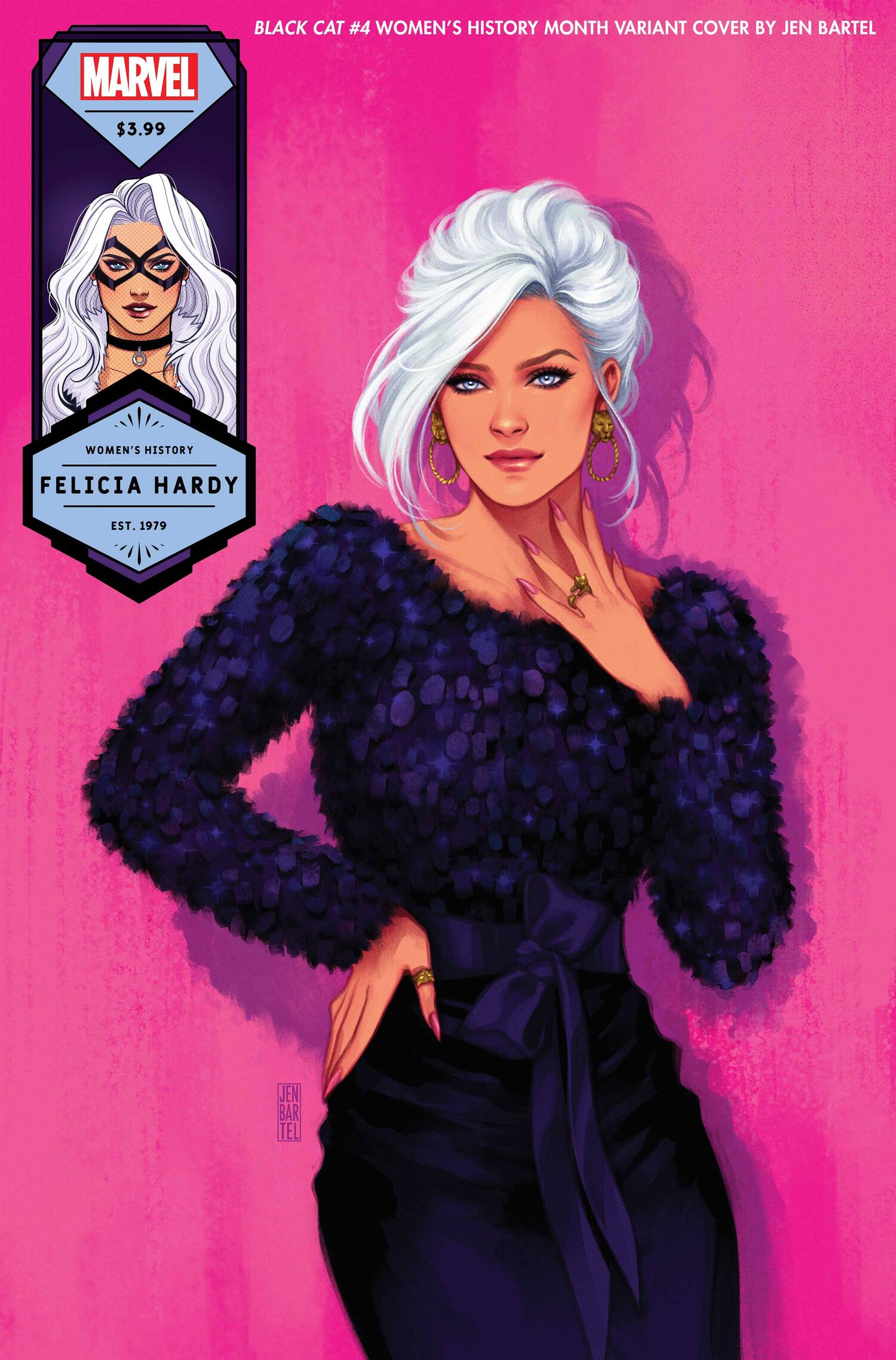 Along with She-Hulk, the characters appearing on the covers include Shuri, Emma Frost, Jessica Drew aka Spider-Woman, Patsy Walker aka Hellcat, Kushala, Cindy Moon aka Silk, and Felicia Hardy aka Black Cat.

Bartel spoke with Marvel.com about the covers saying it was a “huge honor” to work on them.

She elaborated, “I feel very lucky to be able to have been able to work on these, and I’m so thankful the folks at Marvel trusted me to give it my own spin!” 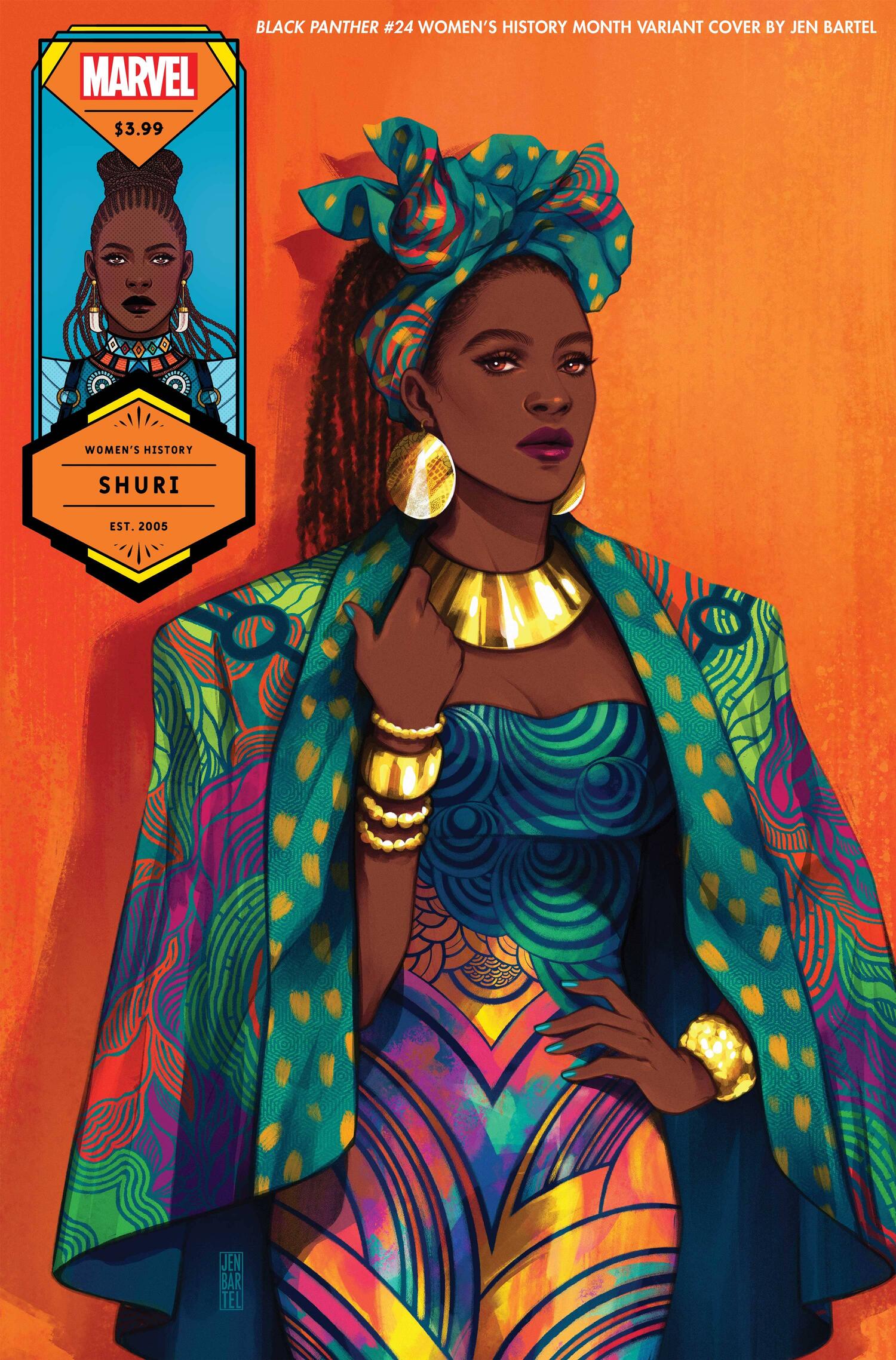 Bartel went on to reveal that she first pitched the covers to include fashion styles from the year the characters debuted. Bartel explained, ” When I first pitched the idea of incorporating fashion styles from the year of each character’s debut, [editor Emily Newcomen] fully supported me and her enthusiasm helped to fuel the direction they all went in.

“I, of course, love drawing Super Heroes, but it feels extra special to be able to depict them in “civilian” clothes, especially knowing that the styles I chose directly tie in to the history of each character,” Bartel added. 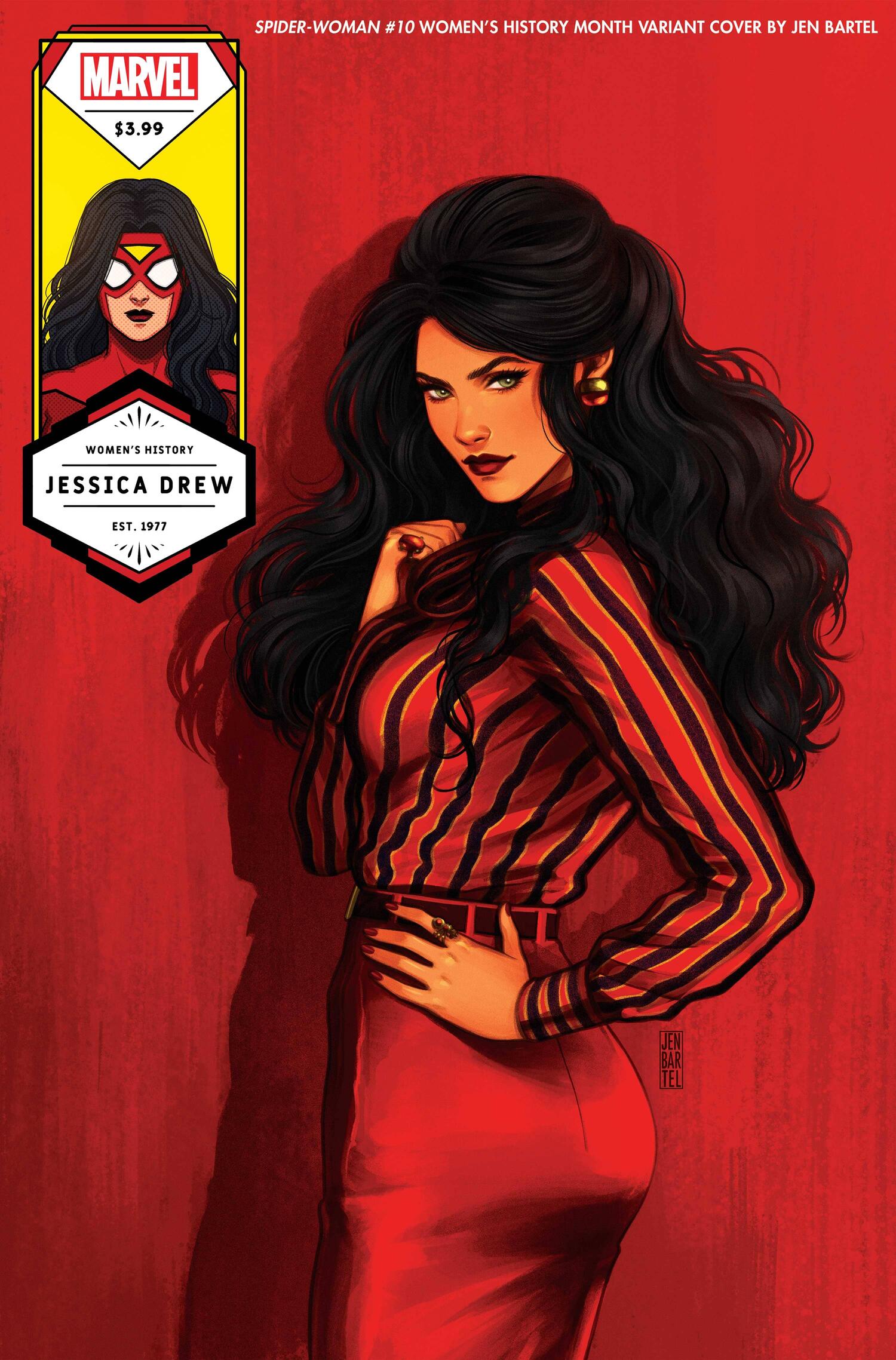 Later in the interview she discussed her creative process for the covers.

She revealed, “I worked on all of them simultaneously because I wanted to make sure I didn’t forget how I created them, haha! My process on them was a bit different from a lot of my other work because I was trying to channel mid-century lifestyle pinup illustrations, which were often painted in gouache.”

“In order to make sure I could easily make adjustments if necessary, I did these digitally, but I tried to mimic the feeling of gouache by incorporating visible brushstrokes and as much texture as possible,” she added. 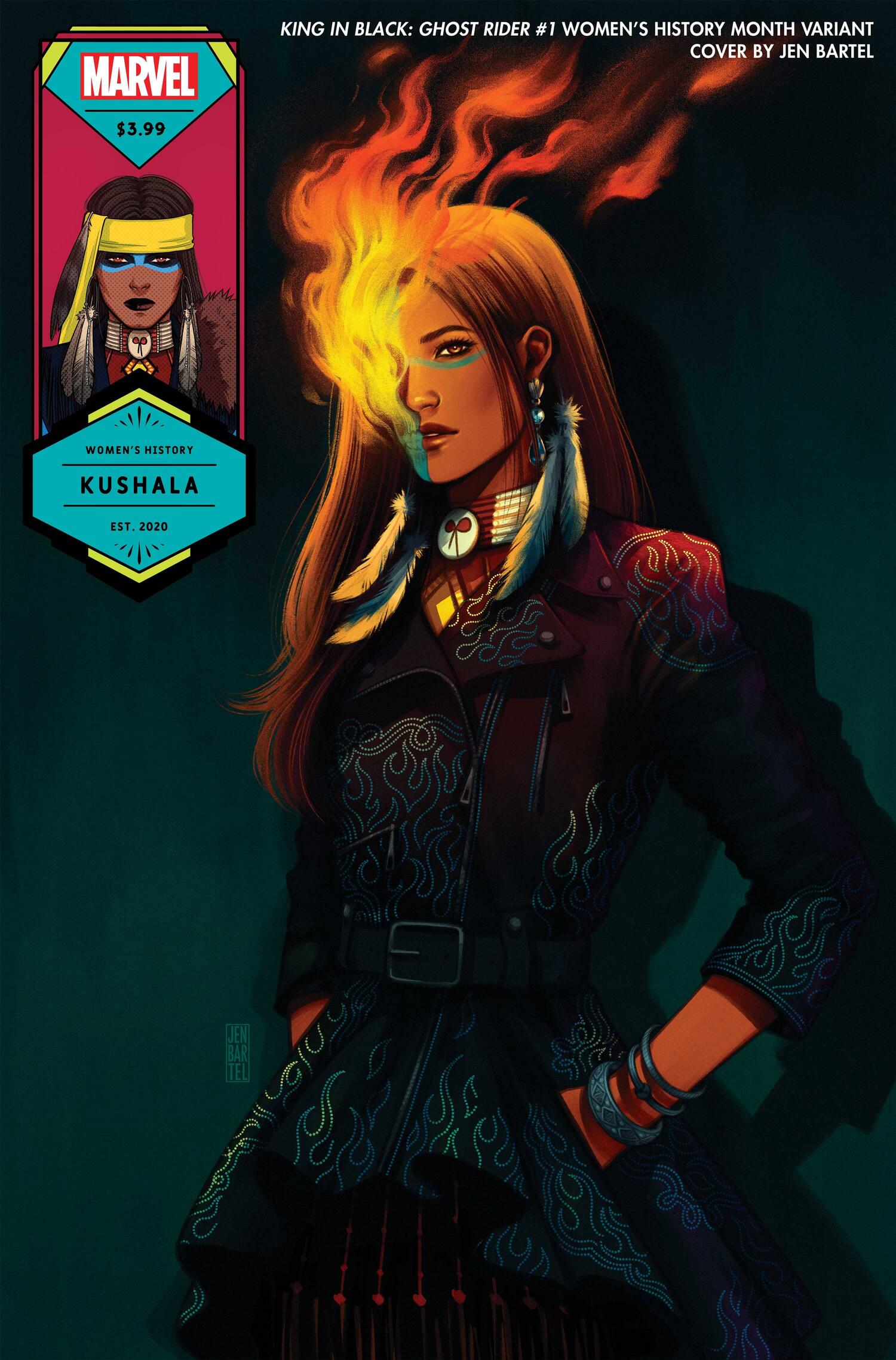 Bartel concluded, “It was really fun and gratifying getting to veer a little bit outside of my wheelhouse and experiment with a new workflow on these covers.”

You can see the Cindy Moon variant cover from Silk #1 below. 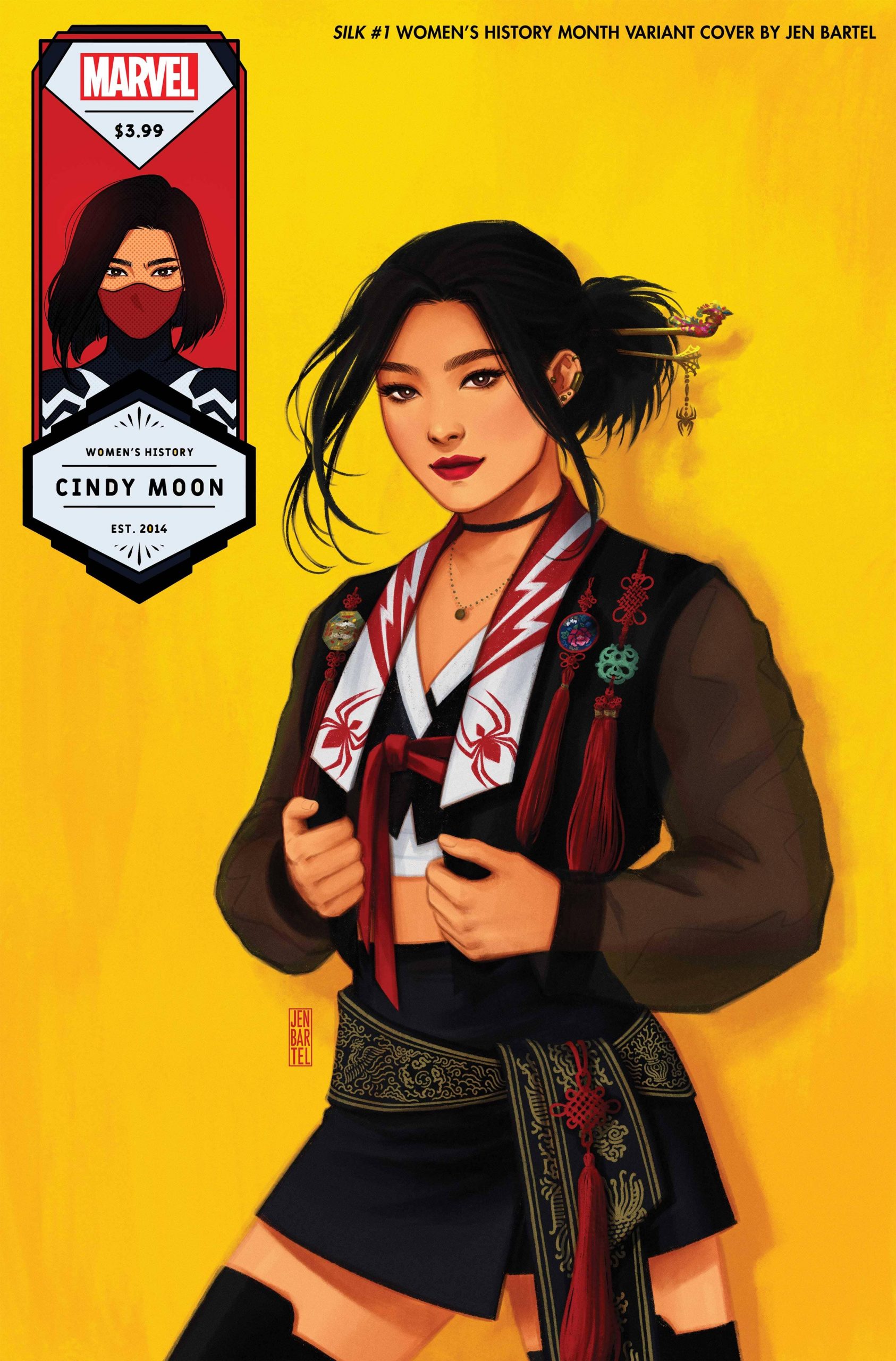 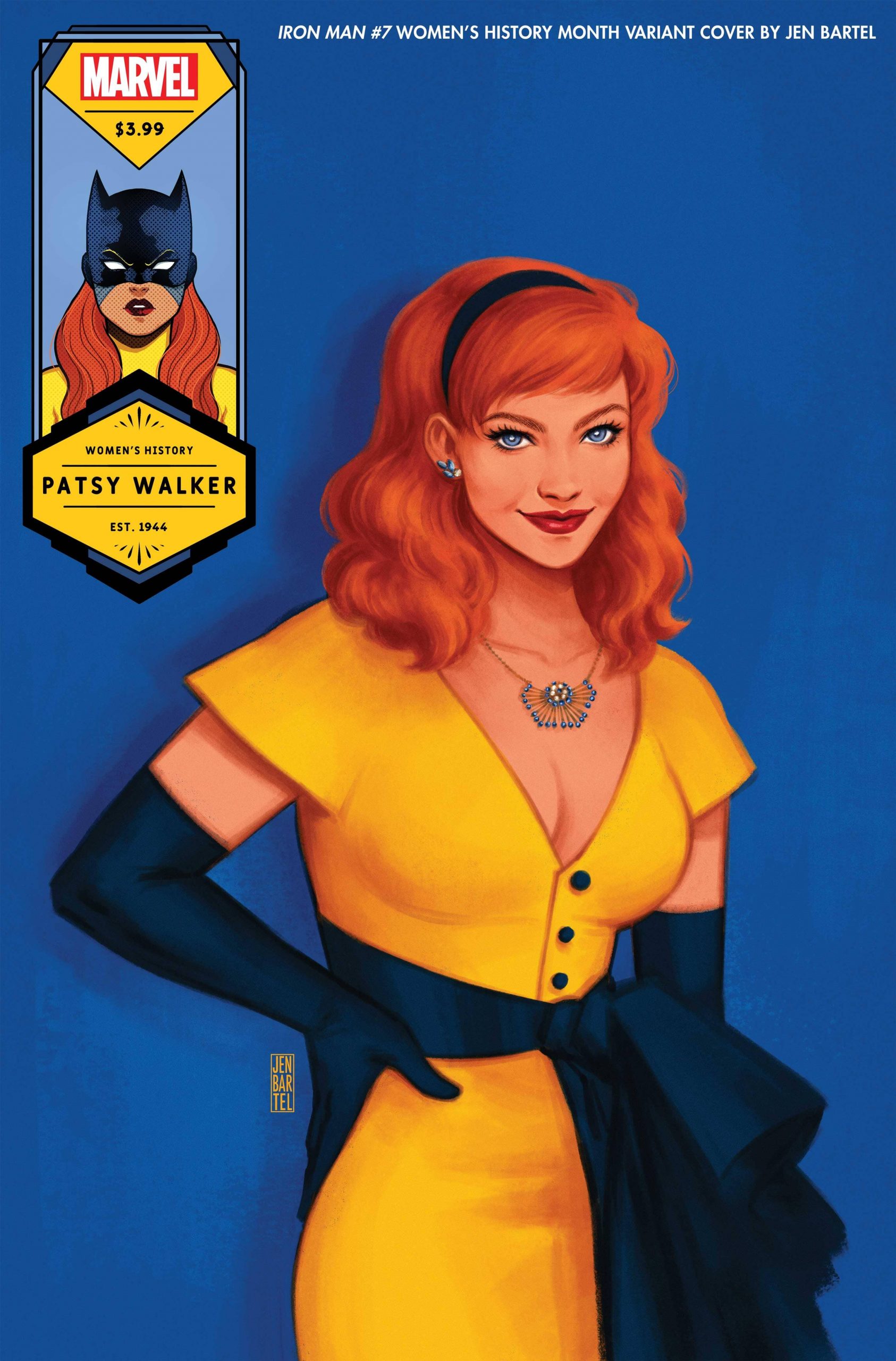 And finally here is Jennifer Walters from Avengers #43.

While Bartel said she drew inspiration from the styles of the era the books they were created in, it’s not hard to imagine that some inspiration also came from Spider-Man actress Zendaya’s fashion style. 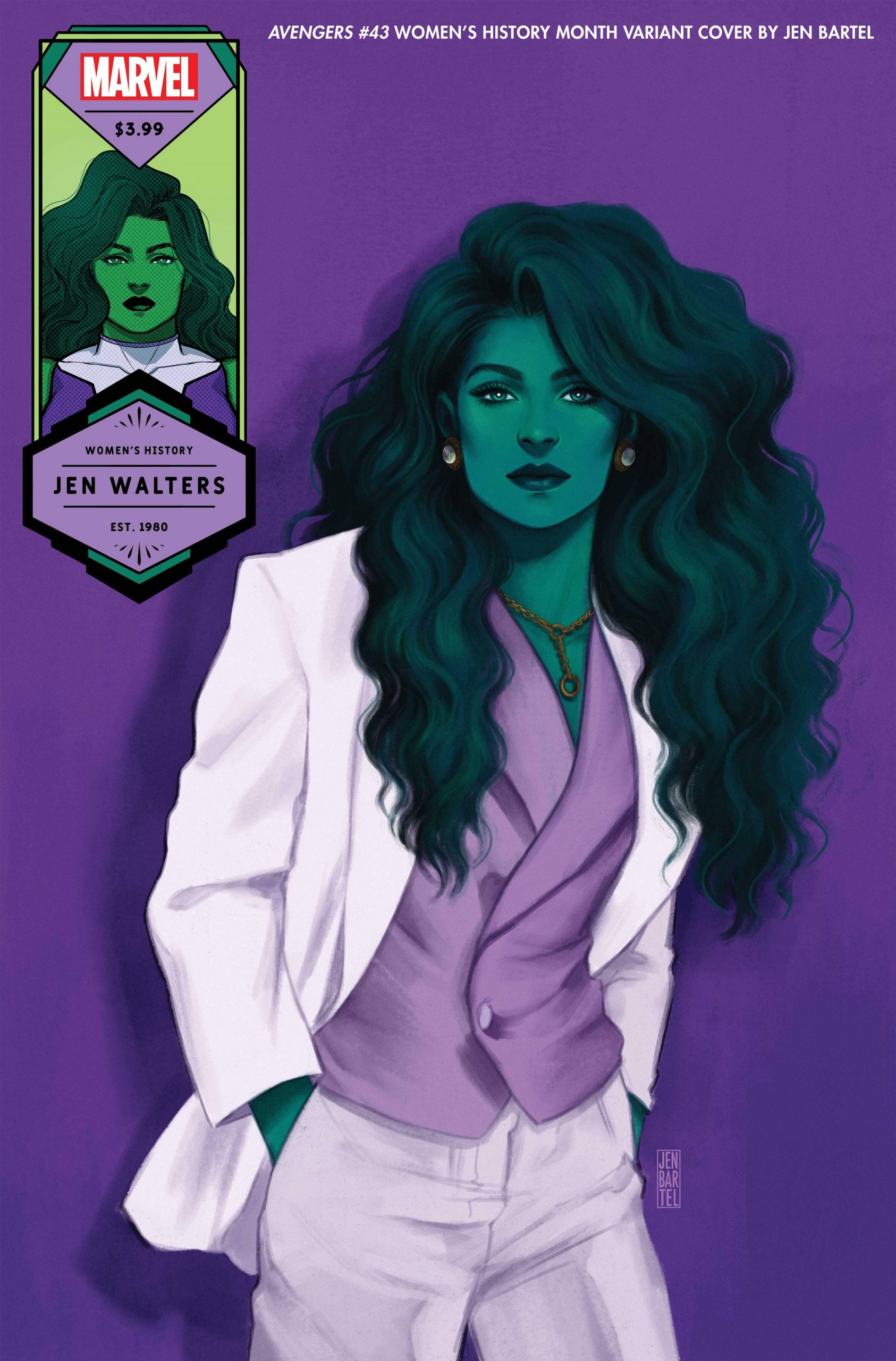 Marvel does indicate these eight covers are just the first set and that there are likely more to come.

Which of these eight covers is your favorite?