Back in December, when Disney released their first look at The Falcon and The Winter Soldier, The Falcon is seen kicking a person in the chest wearing Flag-Smasher’s iconic symbol from the comics. 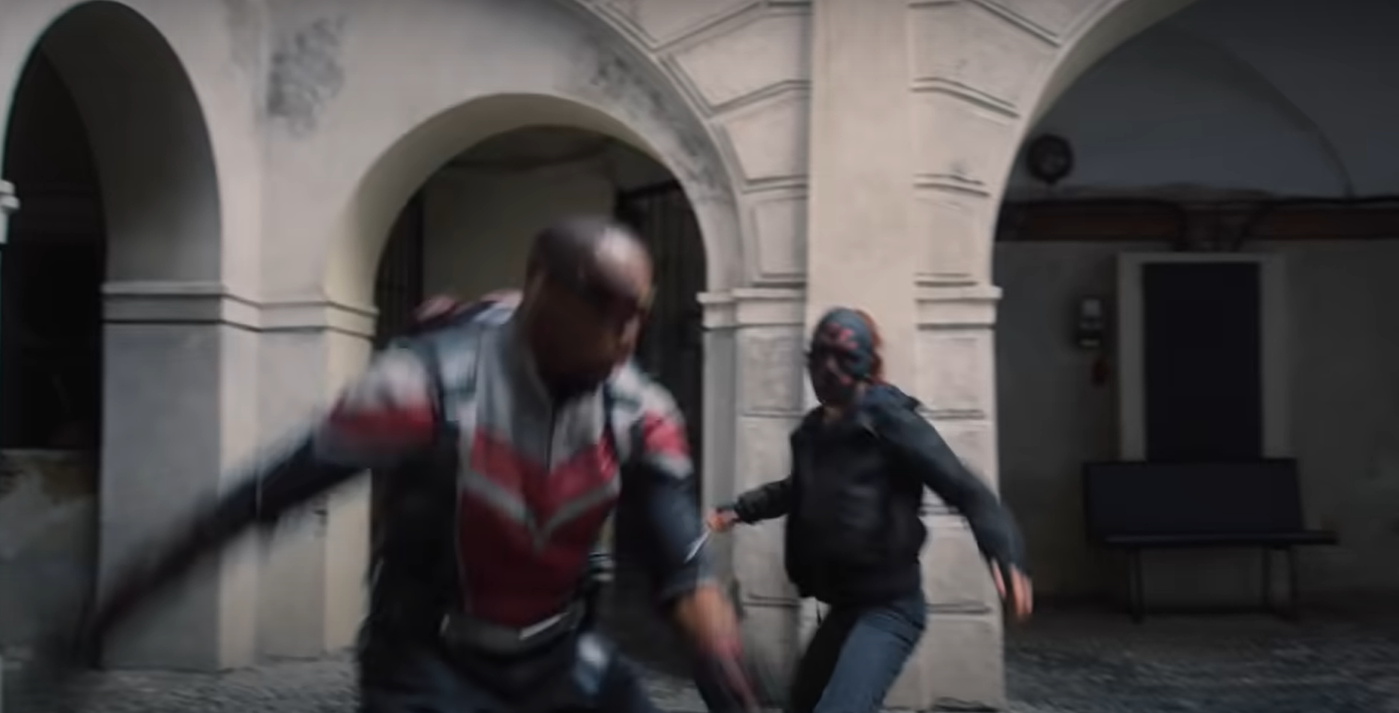 It might be hard to tell, but the design on the mask is not just a hand print, but that hand print also contains Flag-Smasher’s symbol, which you can see on his belt buckle on the cover of Captain America #312 below. 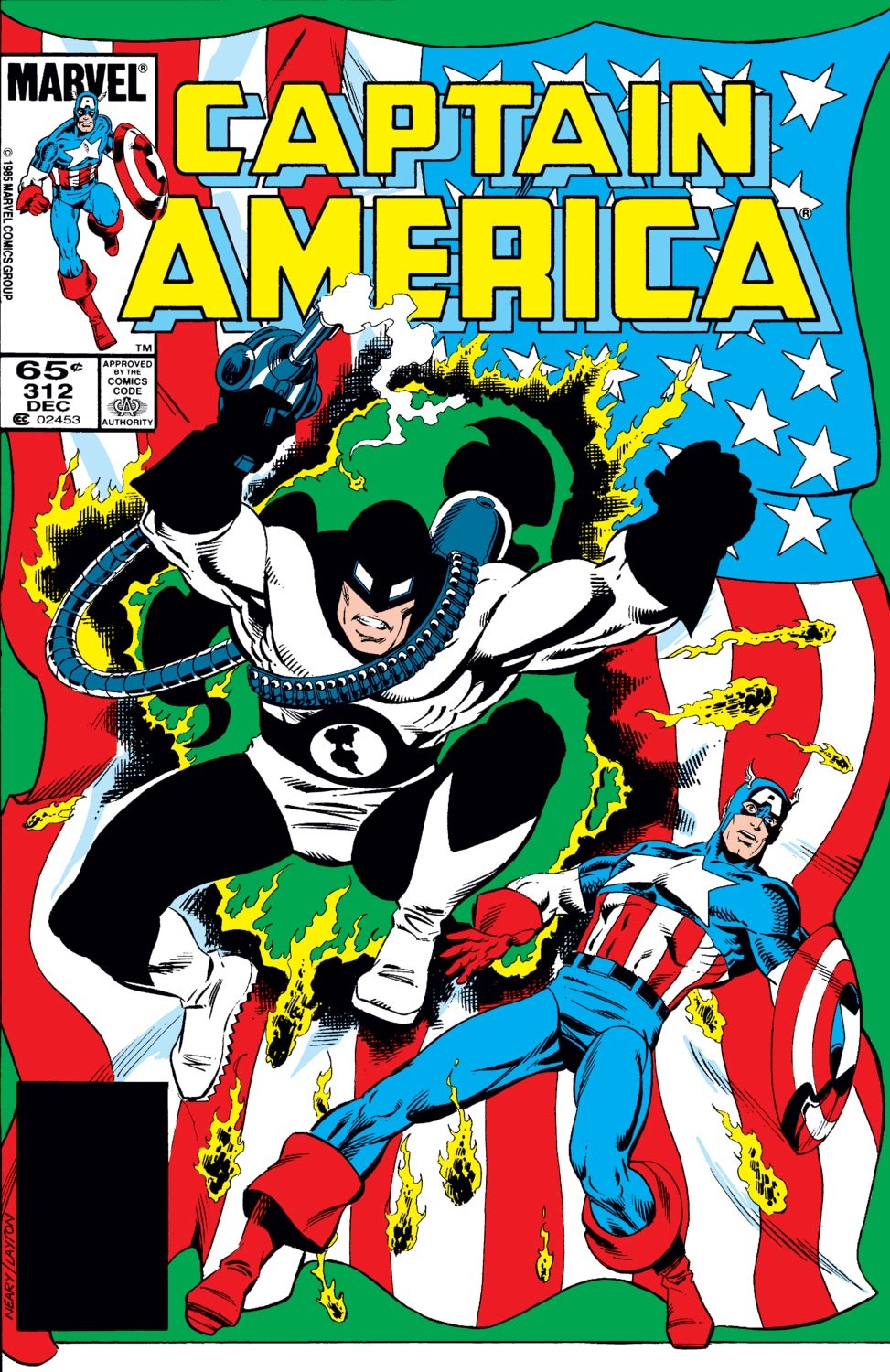 Back in December, it was confirmed this was indeed inspired by Flag-Smasher as Twitter user Tfatwsbr pointed out that merchandise website Zazzle revealed character art reading “Flag Smashers.” 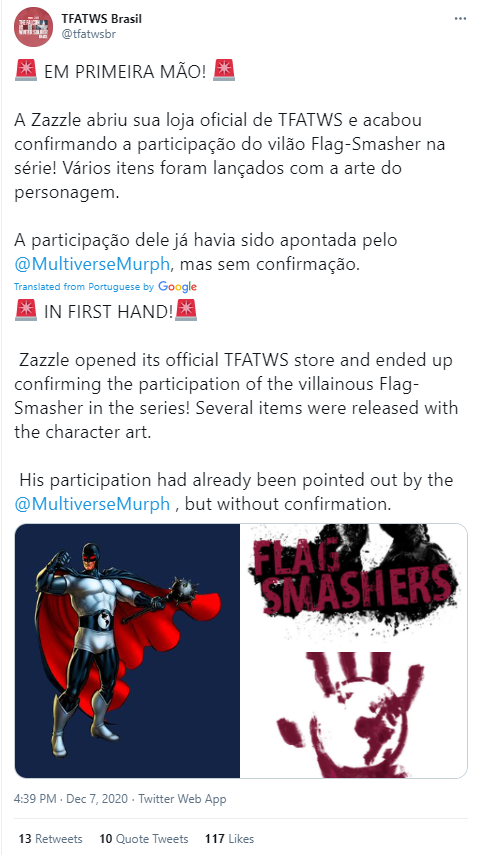 Here’s a better look at the art. 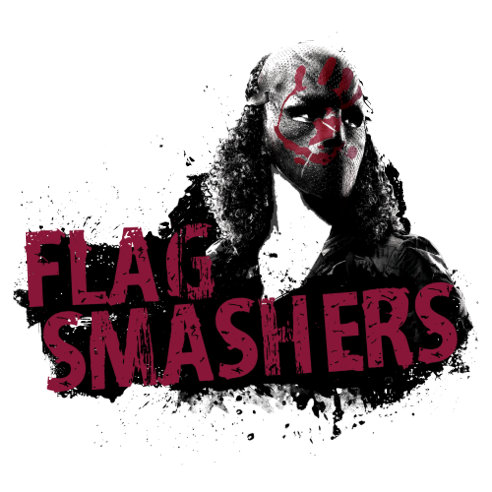 With the latest trailer for The Falcon and The Winter Soldier that debuted during the Super Bowl, actress Erin Kellyman, who previously played Enfys Nest in Solo: A Star Wars Story, appears to be the same character from the previous trailer as she is seen putting on a mask sporting Flag-Smasher’s symbol from the comics.

You can see Kellyman put on the mask at around the :39 second mark below.

Here’s a good look at Kellyman wearing the mask.

Now, it was unclear if Kellyman was actually playing a gender-swapped version of Flag-Smasher or if this was a new character inspired by Flag-Smasher.

However, as first reported by Murphy’s Multiverse, merchandise website Zazzle claims this is indeed a gender-swapped version of Flag-Smasher.

A new description on the website showcasing their Flag Smasher’s design reads, “The Falcon And The Winter Soldier | Check out this paint splatter graphic featuring Karli Morgenthau, leader of The Flag Smashers!” 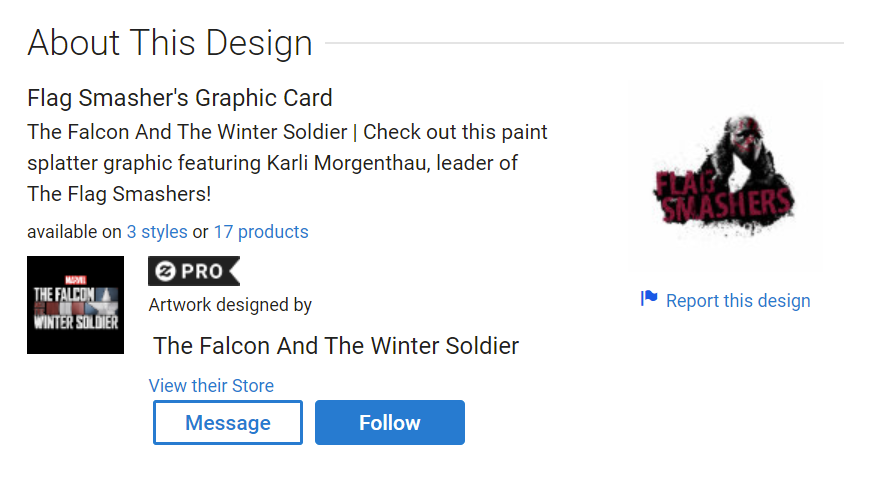 This definitely appears to confirm that Kellyman’s character is a gender-swapped version of Flag-Smasher.

If you are not familiar with Flag-Smasher he was first introduced in Captain America #312 back in 1985 by Mark Gruenwald and Paul Neary.

Flag-Smasher’s real name is Karl Morgenthau and he was the son of a Swiss banker who would later become a delegate to the United Nations. His father would end up getting killed during a riot outside the Latverian embassy.

Instead of pursuing his original goal in following in his father’s footsteps to become a diplomat, Morgenthau would pursue the goal of bringing peace through violence.

He would adopt the name Flag-Smasher and commit a number of terrorist attacks throughout New York before confronting Captain America in Brooklyn and revealing his mission to the world.

Flag-Smasher informs Captain America, “My mission is to stamp out the outmoded concept of patriotism! I’ve begun by going out and destroying symbols of nationalism. Those flags at the U.N. that flag factory, those foreign embassies — I was the one who demolished or defaced them! And they are just the beginning.”

He continued, “I am not against America in particular! I am against all countries… I am against the very concept of countries! I believe all men are brothers, sprung from the same primal parent. Tribalism, ethnicism, nationalism — these are all latter-day concepts that in our nuclear-powered world have become outmoded and dangerous! They make people think they are different … special… better than other people. This is wrong! All men are equal, no better or different than anyone else!”

He went on, “When you say ‘I’m an American,’ what you’re saying is that you are separate from anyone who cannot make a similar statement. Every nation fosters the idea that it is better than all the others! This is what has brought us to warfare with our fellow beings– what has brought us to the brink of nuclear destruction!”

Flag-Smasher concluded, “If we were to erase national boundaries and accept the essential unity of all mankind, the world would be a better place! Earth should not be divided into nations! We are the world — not a bunch of different species!” 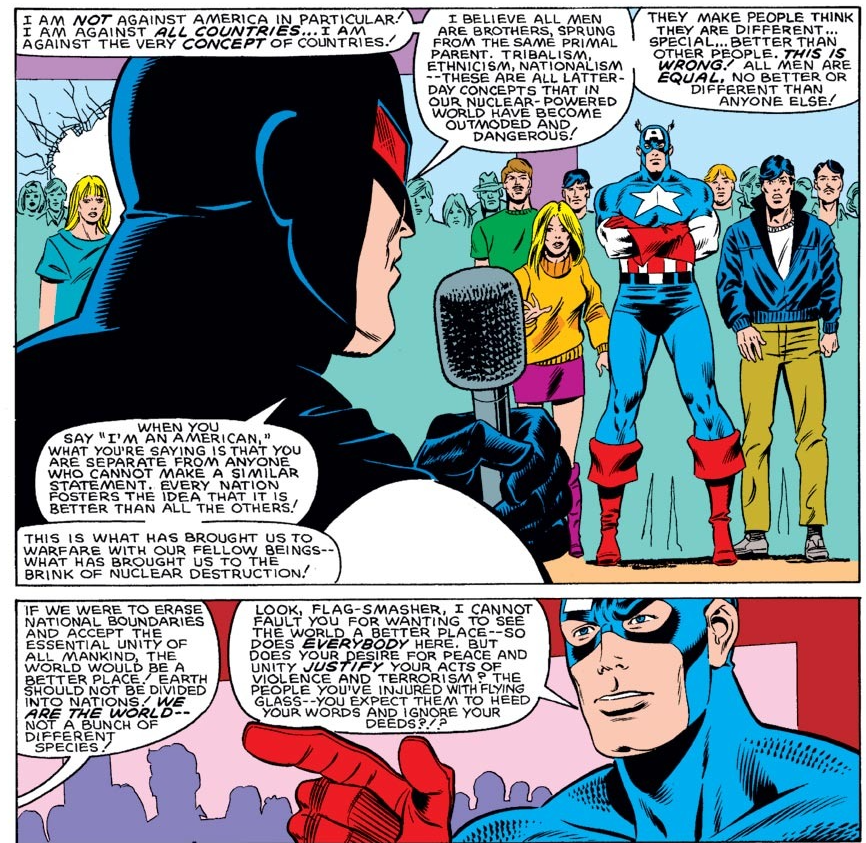 What do you make of Marvel Studios’ gender-swapping Flag-Smasher? What kind of role do you think he will play in The Falcon and The Winter Soldier?