In the wake of Gina Carano’s firing from Disney and Lucasfilm, it appears that Hasbro has cancelled production of two figures based on the actress’ The Mandalorian character, Cara Dune. 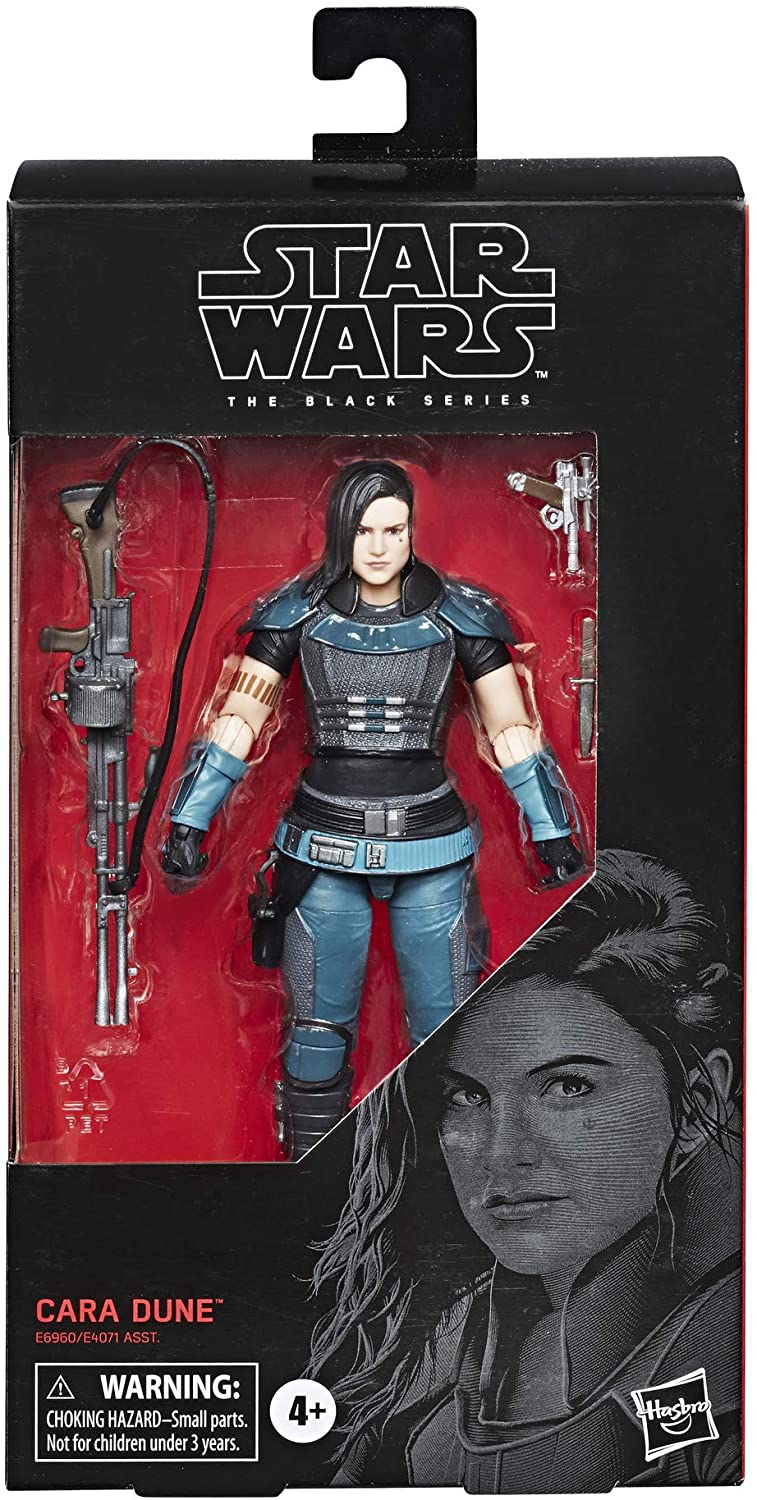 According to an email sent to customers by online toy retailer BigBadToyStore, as shared by Geeks World Wide Editor-in-Chief KC Walsh on February 12th, Hasbro has “canceled production of the Star Wars: The Black Series 6” Cara Dune (The Mandalorian) and will not be fulfilling our order.”

“Unfortunately this means we must cancel our pre-orders for this item,” BigBadToyStore added. “We apologize for the inconvenience and greatly appreciate your understanding.” 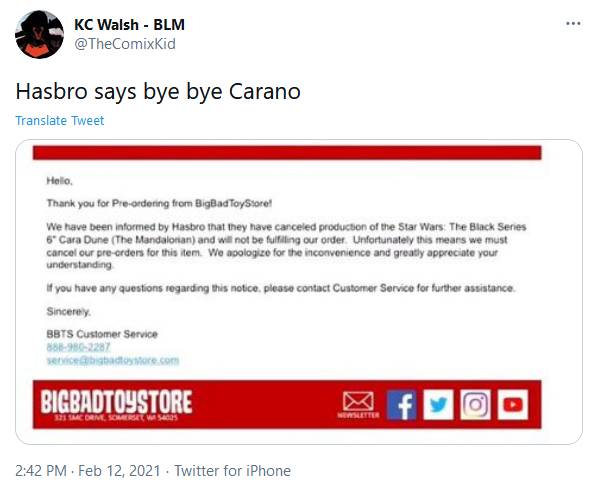 Likewise, Star Wars toy collector website YakFace reported the day before on February 11th that they had “received word that the planned reissues of the 6″ Black Series and Vintage Collection figures have been cancelled.” 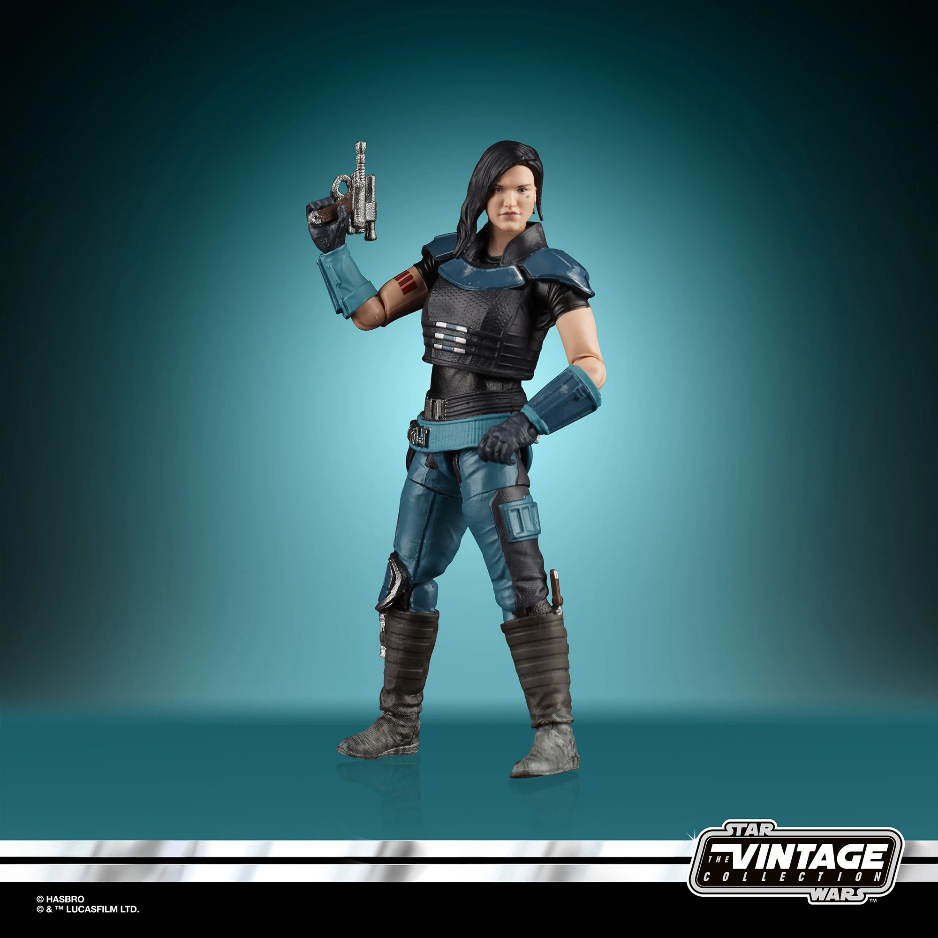 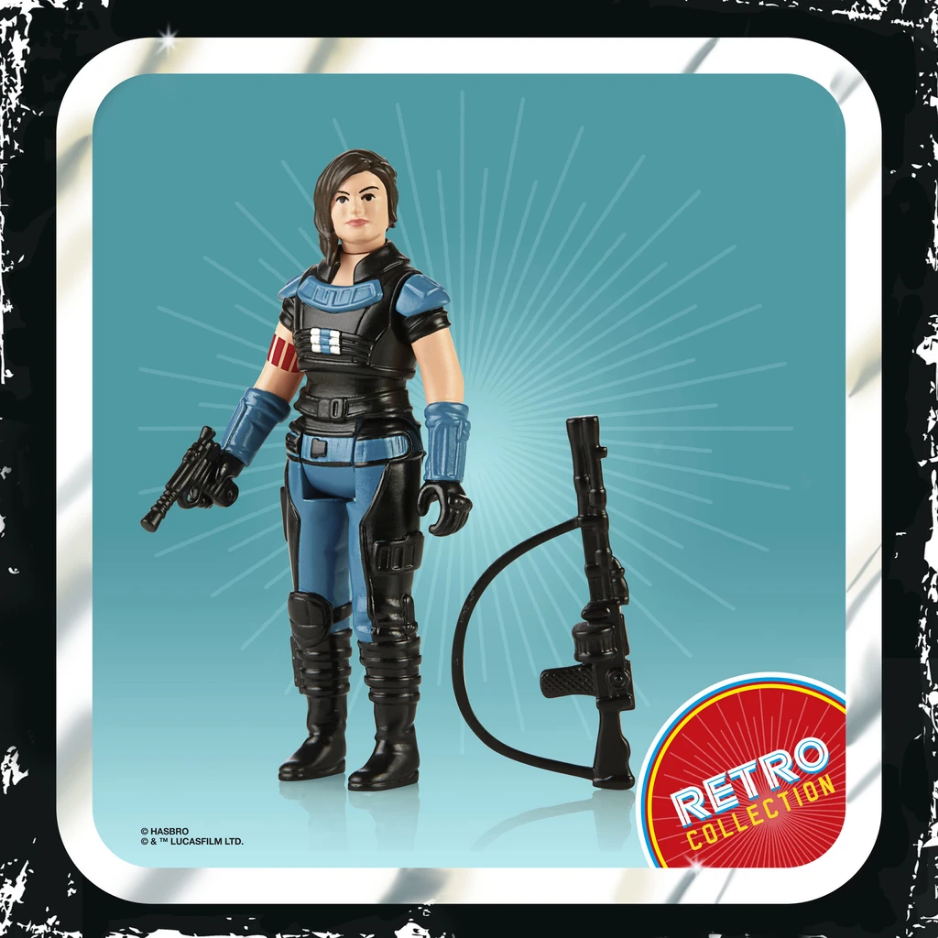 As of writing, the Cara Dune Black Series and Vintage Collection figures are now unavailable to purchase from various retailers including Amazon, Target, and BigBadToyStore.

What do you make of the cancellation of the two Cara Dune figures? Let us know your thoughts on social media or in the comments down below!