In a new public service announcement, Cartoon Network has informed its viewers that they must “see color” and view individuals through a skin-color based lens in order to be “Anti-Racist.” 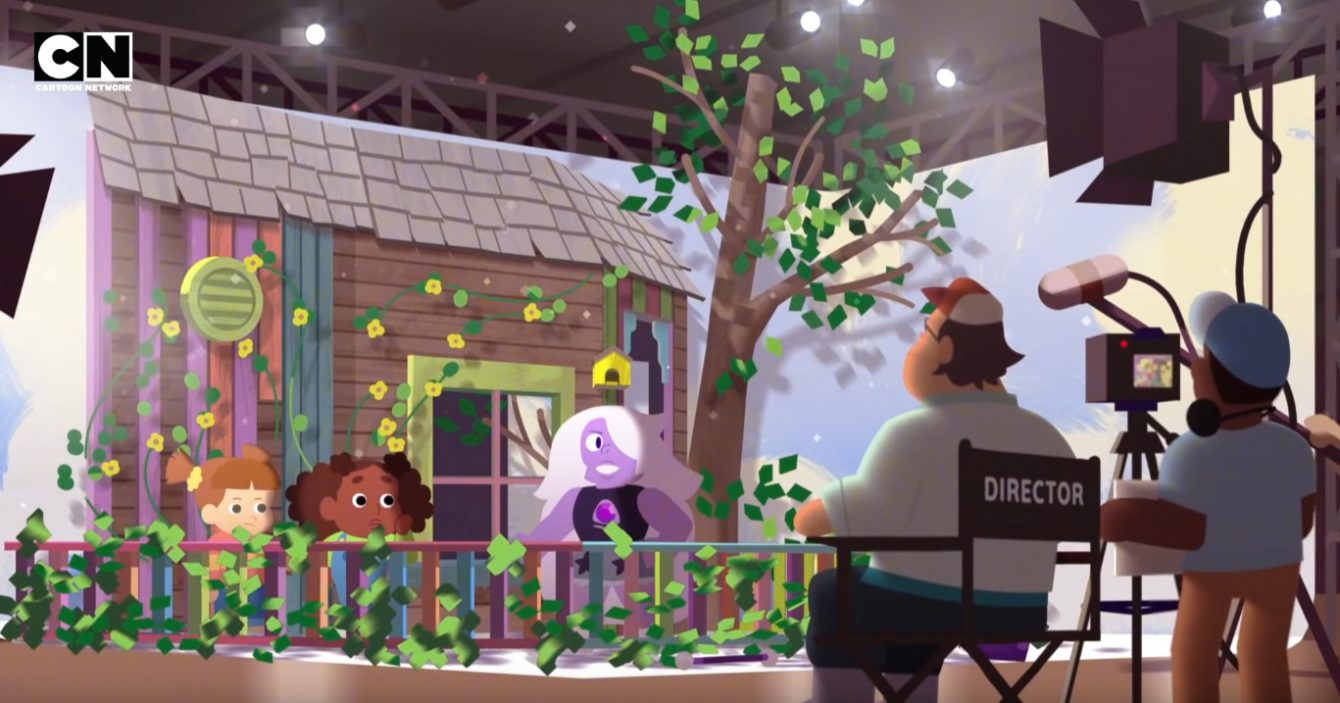 The latest in a series of similar racism-related cartoons rooted heavily in critical race theory and featuring the cast of Steven Universe, “See Color” finds Amethyst taking issue with the goal of ‘color blindness’ in race relations, criticizing the directors of her PSA-within-the-PSA for a song featuring the lyrics “Color blindness is our game / Because everyone’s the same / Everybody join our circle / It doesn’t matter if you’re white / Or Black / Or Purple.”

“Adding purple people into a lesson about human racism makes no sense,” declares Amethyst to which one of her PSA co-stars, a young white girl, responds by suggesting that “people like the ‘Black, White or purple’ thing because adding a fantasy race in there helps distract from the actual racism Black people have to deal with.”

“Right, my experience with anti-Black racism is really specific. Other people of color experience other forms of racism too,” adds the PSA’s third co-star, a young black girl, before telling audiences that they “won’t see any of that if you don’t see color.”

Speculating that the original script for the ‘PSA-within-the-PSA’ could have been “a ploy to avoid talking about racism altogether,” Amethyst concludes the short by asking for “a rewrite where we appreciate each other without erasing what makes each of us different?”, with the PSA’s final shot featuring a large graphic reading “See Color, Be Anti-Racist!”

“When you see color and the history that comes with it,” wrote Cartoon Network in a tweet accompanying See Color’s premiere on Twitter, “You can recognize the role racism plays in our culture AND appreciate everyone’s diversity.” 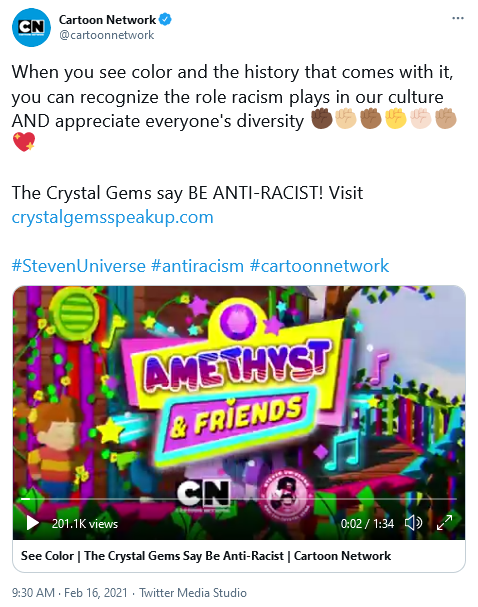 As noted above, See Color is but the latest “anti-racism” PSA produced by Cartoon Network for their The Crystal Gems Say BE ANTI-RACIST campaign, undertaken by the network “as part of our commitment to fostering inclusion and equity.”

In the series’ first entry, Don’t Deny It – Defy It, after a young boy criticizes the ‘cheesiness’ of another boy’s taunt that “black people can’t marry white people!”, Garnett informs the young man that “just because it doesn’t happen to you doesn’t mean it doesn’t happen” before stating that viewers must “acknowledge racism to work against it.”

This was followed by Tell the Whole Story, in which Pearl criticizes education curriculums for omitting “black roman warriors, black medieval knights, black classical musicians, black cowboys, [and] black fighter pilots,” asking audiences to “ask yourself as you’re learning history: Who’s telling the story? Was this modified to make white readers comfortable? Are major details being left out that would credit people of color and center their point of view?”

What do you make of Cartoon Network’s latest PSA? Let us know your thoughts on social media or in the comments down below!