Limbaugh passed away at the age of 70 after battling lung cancer. His passing was announced by his wife, Kathryn, at the beginning of his radio program on Wednesday.

Shortly after his death was announced multiple Hollywood celebrities celebrated it.

Disney’s Cars 3 and HBO’s His Dark Materials actress Cristela Alonzo wrote on Twitter, “Happy Rush Limbaugh is Dead Day! I didn’t even get the chance to put my tree up!”

In a subsequent tweet she wrote, “I hope hell is him having to listen to every episode of his show.”

Rapp wrote on Twitter, “A person who consistently and continually did a tremendous amount of damage to the world, Rush Limbaugh, lived twice as long as my friend Jonathan Larson, whose work and legacy have only changed the world for the better. It’s difficult to reconcile the unfairness of that fact.” 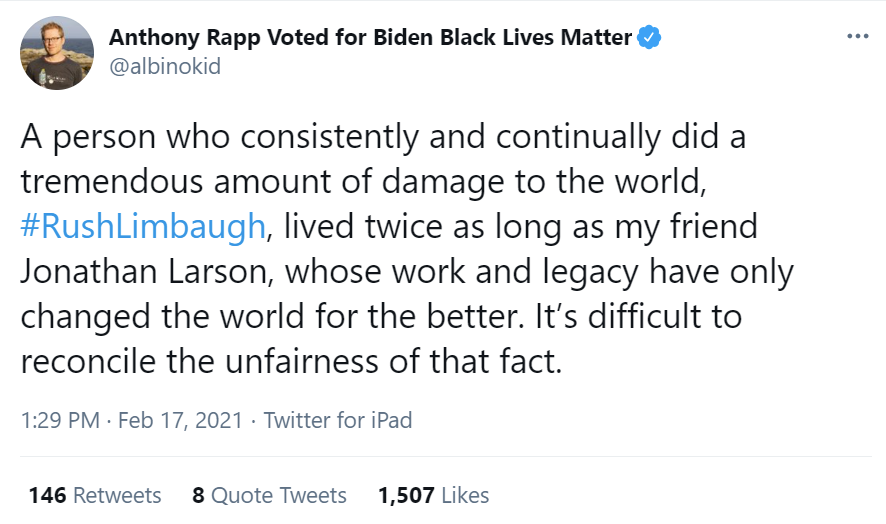 Ducktales and There Will Be Blood actor Paul F. Tompkins wrote, “If I had to say something positive I guess I’m glad Rush Limbaugh lived long enough to get cancer and die.” 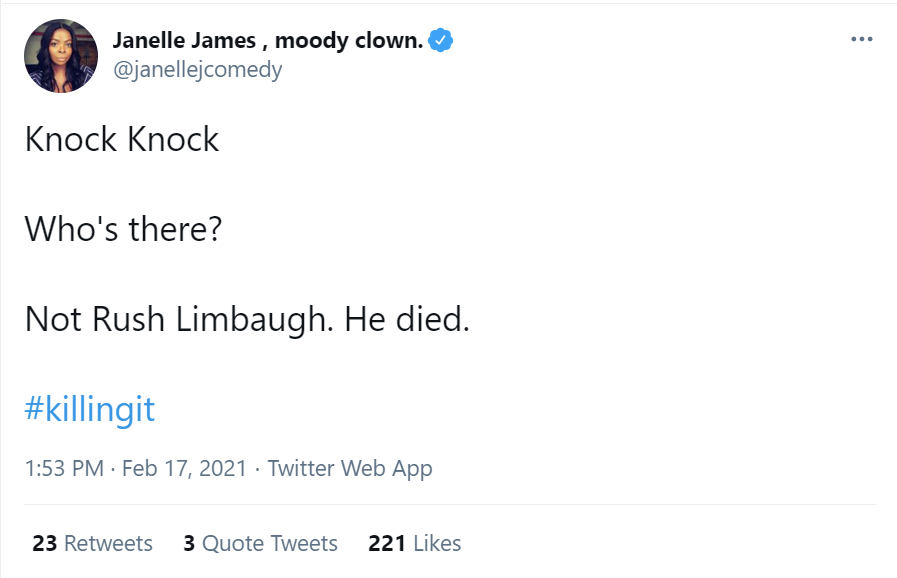 Writer of The Resident, Amy Holden Jones, wrote, “Ten years ago I was in a small town in North Carolina. I entered an antique/junk store. A scowling, heavy set older man was seated alone in the corner blaring Rush Limbaugh spewing hate. The man’s life was a black hole of bike thanks to Limbaugh. That’s his legacy.” 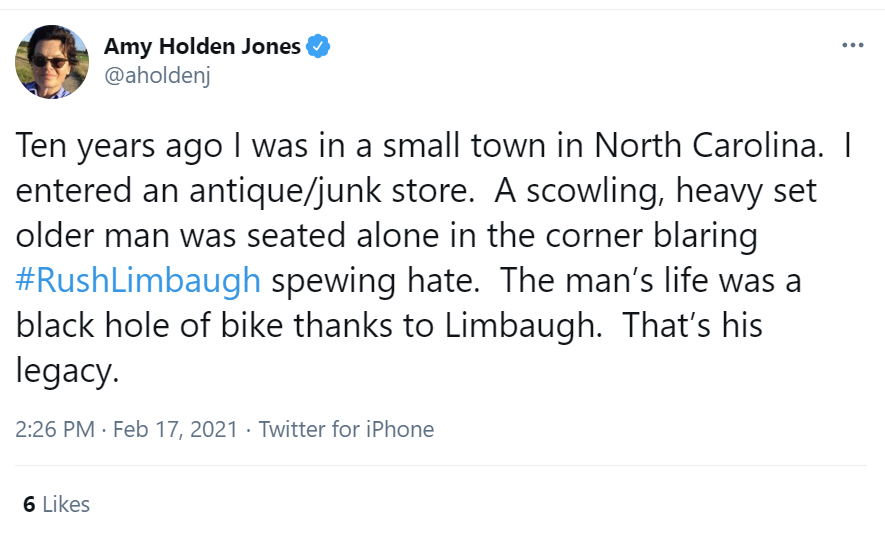 In contrast, Larry the Cable Guy wrote, “It’s bittersweet Rush died on my bday. I’m sad I won’t get to hear him anymore. Say what ya want but he was a familiar voice in a chaotic world that if you were a fan, when yea heard him, it just made ya think everything was still good and that we’ll get through it. Love ya Rush.” 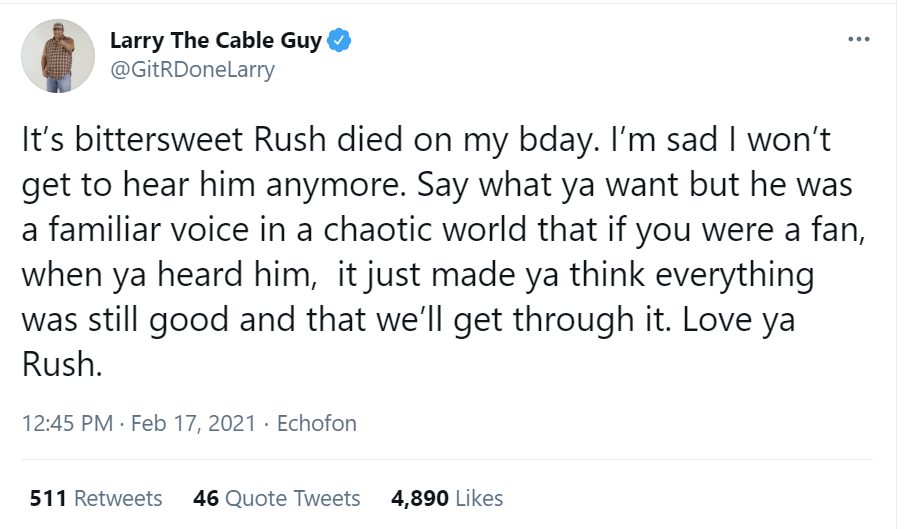 He stated, “The great Rush Limbaugh has passed away to a better place, free from physical pain and hostility. His honor, courage, strength, and loyalty will never be replaced. Rush was a patriot, a defender of Liberty, and someone who believed in all of the greatness our Country stands for.”

“Rush was a friend to myself and millions of Americans – a guiding light with the ability to see the truth and paint vivid pictures over the airwaves,” he continued.

The President concluded, “Melania and I express our deepest condolences to his wonderful wife, Kathryn, his family, and all of his dedicated fans. He will be missed greatly.” 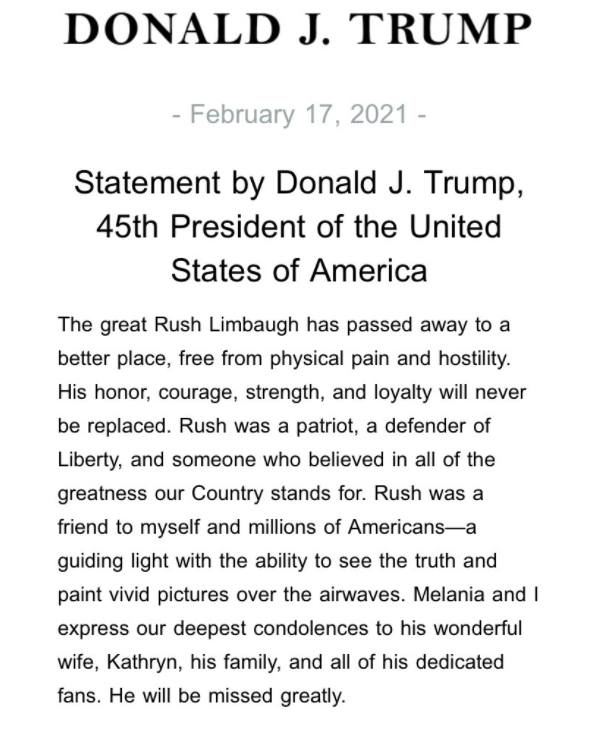 What do you make of the comments coming from the Hollywood elite?